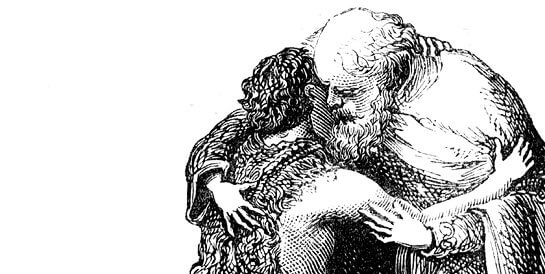 BayBuzz is heartened to see many Hawke’s Bay ex-pats returning to the fold with rich experiences and enhanced skills. We ask the ‘returnees’ where did they go, what did they do and what prompted their return.

Arguably, $10 texting, the bane of every parent of a teenager, was conceived in Hawke’s Bay by ‘born and bred’ Hamish White … during his tenure at Telecom.

I say “conceived in” Hawke’s Bay because starting in 2003 – as a five-day-a-week commuter between Napier and Auckland – Hamish began a three-year stint in consumer marketing at Telecom, where his feats included introducing $10 text. A demanding lifestyle fueled by the commitment of Hamish and his wife Amanda (also a Bay native) to raise their family in Hawke’s Bay.

Hamish’s career has travelled from Hawke’s Bay to Wellington to Sydney and back to Napier.

After graduating from Colenso in 1989, Hamish worked locally a couple of years for ANZ Bank, which then sponsored his education at Victoria, where he received a Bachelor of Commerce.

He spent ten years in Wellington, first marketing banking services – early EFTPOS, credit cards, ATMs and pioneering the ANZ/Qantas rewards program – and then switching to Telecom and its mobile battle with Vodafone.

In 2002 he and Amanda, despairing of Wellington weather, headed to Sydney, where Hamish continued to work in telecommunications.

However, the pull of Hawke’s Bay was too strong, and in September 2003 Hamish and family moved back to Napier, with no immediate job prospects.

Telecom’s radar found him quickly, setting in motion what became his weekly commute to Auckland. “It was never fun, even for the first week,” says Hamish. But he did it for three years. “That’s how determined we were to make Hawke’s Bay work.”

The job was “testosterone-charged”. Telecom was getting “slaughtered” by Vodafone in the youth market. Hamish’s team’s ‘killer’ answer… unlimited $10 texting! He progressed to national manager of consumer marketing for Telecom, responsible for $1.2 billion in revenue and directing a $30-plus million advertising budget.

But he had returned to Hawke’s Bay with the idea of launching a “wee boutique marketing agency”. Finally in 2006 he cut the Auckland cord and founded Tank, where he’s proved that a HB-based agency can successfully
compete for national clients – 70% of Tank’s clients are based outside Hawke’s Bay. Now he works about one week per month ‘on the road’.

Hamish comments that from a career perspective, “It’s easy to leave Hawke’s Bay, but getting back is very, very hard. You have to get your head around earning significantly less money … but then you don’t need as much money.” He came back in his mid-thirties, fully appreciating that he still had to build a career and support a family. For Hamish, the price of re-settling in the Bay was the three-year commute.

The magnet was the original Bay roots he and his wife shared, and their firsthand knowledge of the region’s attraction. “The more time I spent away, the more I appreciated what Hawke’s Bay had to offer.”

Now he’s exactly where he wants to be, earning a livelihood in a region where less than ‘big city’ income in fact goes much further in delivering a perfectly appealing lifestyle.

On leaving Hastings, Sophie Sowman headed to Otago University where she sold Christmas puddings to local businesses while studying for a Bachelor of Commerce in Marketing and Management.

After graduating she sold the lucrative little business and began her OE, working around Australia and eventually the UK where she honed her skills in marketing, sales and business support.

In Edinburgh she worked at lead generation for an outbound calling firm owned by a former Woodford House old girl, then joined a firm brokering telco deals for business clients.

It was family, the lower cost of buying a home, and the prospect of putting her new business skills into practice that brought Sophie back to Hawke’s Bay after two and a half years in the UK.

Her first job as an advertising account manager was like an R&D exercise, enabling her to get a feel for the local market and build a network of business contacts.

The name was inspired by Get Smart’s Agent 99; Maxwell Smart’s tireless sidekick, who always got the job done but only ever referred to by her number. “We’re always answering the phone or making calls on behalf of our clients, not representing ourselves.”

Sophie no longer spends seven hours a day on the phone. Her company merged with an inbound provider last July; there’s now a team of 30 answering and making calls for over 100 mostly non-Hawke’s Bay clients.

All staff are Kiwis, familiar with local place names and locations, a counter to the embarrassment some firms have experienced when outsourcing call centres offshore.

Since returning home five years ago Sophie has found the local business community very supportive. “It was encouraging to find a good group actively helping develop businesses and a few nurturers keen to see young people do well.”

Sophie and her husband are out and about most weekends, attending business or charity events, concerts or attractions at the wineries. “In winter everyone heads off skiing and most weekends it’s the rugby club with my husband after the game.”

Sophie, now 30, has noticed an increase in the number of friends in her age group coming back to Hawke’s Bay. A lot of out-of- town friends come for their weddings and many living in Auckland talk about moving to the Bay at some stage.

Big attractions are the climate, affordable housing, the “nice lifestyle” and the fact its only an hour to fly to Wellington or Auckland and two hours to drive to Lake Taupo for skiing.

In the past decade the region has clearly raised its profile, but it needs to do better if it’s to attract more younger, skilled people, particularly those looking for higher paid incomes without having to start their own business.

It’s a big plus that a number of influential business people have located here, but Sophie believes more head
offices should be encouraging local business development.

It was a job as the marketing director with the Hastings District Council at age twenty-one (fresh out of university) that first brought Chris O’Reilly to Hawke’s Bay. He made good friends, played for the Magpies and fell in love with the place, especially the climate.

At the age of twenty-four he left to pursue a career in Auckland and returned several decades later with his wife and three boys after a career in senior management at the Ascot Hospital and Citibank, then as CEO of KFC New Zealand.

What triggered O’Reilly’s return to Hawke’s Bay in 2006 was the realisation that his three little boys hardly knew their father; such was his commitment to his work. His wife, Janet Luke, shared his enthusiasm for Hawke’s Bay having been educated at Woodford House and was delighted to be returning.

Making the transition to selfemployment can be a daunting prospect, especially after the lucrative salary they had been enjoying, but Chris had decided to become a fully participating family man and to go freelance using his confidence, skills and experience (and the mistakes) for the benefit of other business operators.

Working from home he launched himself as Chris O’Reilly Consultancy Limited, whilst Janet, a landscape architect, took the opportunity to convert their north-facing Havelock North property to innovative food production by applying the principles of permaculture, and, during the process, developing her own set of marketable skills.

Chris’ business-mentoring services focus on building and facilitating relationships between businesses with complementary objectives. In struggling economic times innovation is what helps businesses to survive; but isolation and familiarity can make one blinkered to opportunities. His view is that no one can be an expert in everything, but by networking and sharing knowledge and expertise, everyone can benefit. This requires flexibility, trust and confidence.

Chris now holds directorships in a sizeable number of businesses including the Kahungunu Asset Holding Company, Tremains, Tracta (advertising agency), Emerson Transport, Need-a-Nerd, ‘99’ and Eastek, plus others around New Zealand. He mostly communicates with his clients through video-conferencing
and other technologies, but feels that nothing beats face-to-face meetings. He’s recently added his business skills to the board of the Hawke’s Bay Opera House.

On his return to the Bay, Chris was surprised at the parochial attitude in a number of business people he met, a certain reluctance to move between Napier and Hastings – the sort of thing commonly seen in local body and
health politics.

In the course of his work he meets many ex-pats who have moved to the Bay for the lifestyle and has seen a number leave again after a couple of years, not having been able to settle. Could it be that local people desperate to return home ‘oversell’ the Hawke’s Bay lifestyle to their spouses leading to disappointed expectations? As it is often the spouses who feel isolated and struggle with the lack of family and networks or to find work, Chris suggests that neighbours, employers and associates of new residents need to provide social support to the newly arrived family.

If you need a reminder of how lucky you are to live in New Zealand, just read this article in…