Times have changed. No longer is the old way of doing things good enough to succeed in the 21st century. In fact, the ‘No8 fencing wire’ mentality coupled with the ‘she’ll be right’ attitude that Kiwis have prided themselves on for so long simply doesn’t cut it any more.

Not only companies, but now countries and cities are striving to understand and harness their competitive advantage in ways that will allow them to optimise their potential in an increasingly crowded global market.

New Zealand’s unique global positioning is clean and green. This image is worth billions to us on the global market in terms of exporting foodstuffs, NZ as a tourism destination and even as a place to live for aspiring immigrants. James Cameron is a classic example of someone who has bought (literally) into the NZ image. 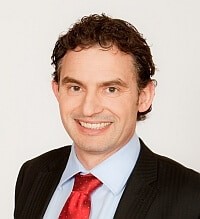 The ‘100% Pure’ marketing campaign undertaken by Tourism NZ is fantastic: a success story in terms of encapsulating the essence of a country in a very simple tag line. This is why I am surprised that the man who led Tourism NZ for ten years, George Hickton, now chair of HB Tourism, is yet to inspire the Bay in a way that differentiates us from any number of domestic and overseas destinations.

I am very keen to hear of a strategy that gets people to the Bay in the first place, and not simply encouraging those who are here to stay an extra night. The front page of the Napier Mail, under a banner proclaiming ‘Vibrant vision for Bay tourism’, reported that Mr Hickton believes the Napier City Council needs to do something about the Marine Parade. Mr Hickton told the HB Regional Council that the Marine Parade “needs to become a vibrant place to visit” and that “the foreshore was an amazing asset”.

While 100% correct, it is hardly a new bold initiative.

The same article reported that Mr Hickton does want to double tourist numbers to the Bay by 2030 through three initiatives. The problem is that Hawke’s Bay Tourism has absolutely no operational or governance control over two of these (Marine Parade and the airport development), and a third, promoting the cycle trails, is hardly something unique to this region.

My plea to Mr Hickton is to deliver a tourism strategy that outlines innovative initiatives, introduces cutting-edge branding, focuses on clever marketing of the region’s unique selling points, ties into the strategies of the two main cities, and highlights just how to build strategic partnerships with those who actually control the variables upon which the very success of the strategy rests.

I suppose the reason why I am disappointed by Hickton’s initiatives is because he is not saying anything new at all. Perhaps I should be thankful that he is beating a drum that a number before him have and, as the noise grows louder, at some point our Councils will have to listen.
For example, for three years I tried to get the Napier City Council to sit up and take notice of the fact that we have an ocean boulevard that used to be a major tourist attraction, but now languishes as a pale shadow of its former self.

Around 700 trucks rumble up and down the Parade every day, while the Council sits on its hands and commissions study after study, all the while failing to do anything. I have never been to a seaside town or city where the flow between the ocean and the city is so underutilised. This is epitomized by the fact that the Marine Parade side of the new Farmers building will be a single closed wall; not even an entrance to walk through to Hastings Street. This type of construction should never have been allowed by the Council. The fact that it is going ahead is testament to the lack of a vision, or even a plan, for the city.

In fact in my view (and the opinion of many leaders in this city), the Napier city CEO, Neil Taylor, is a large part of the problem. Time to go Mr Taylor. After over 20 years, fresh blood and new ideas are long overdue.

I once heard a city councillor bemoan the fact that Napier was suffering because Ahuriri had developed to the point where it was cannibalising Napier CBD trade and custom. One of the reasons why Ahuriri has taken off is because the Marine Parade has been allowed to deteriorate to the point where it is not the preferred spot for day trippers and coffee drinkers.

When meeting for a leisurely lunch or just a quiet drink after work, most of my friends head to Ahuriri. I would, however, much prefer to sit on the Marine Parade in a large café or restaurant marvelling at the uninterrupted views to Cape Kidnappers and listening to the sound of the breakers crashing on the foreshore. The only problem is… no such place exists.

I have said many times that I believe Napier is a wonderful city. My family has lived here for nearly 150 years and I sing its praises wherever I go and to whomever will listen. I love the city, but I feel it could be so much more. In a way, it epitomizes New Zealand: a wonderful country, the best in the world, but just lacking a common vision and direction that would ensure it performs to its optimum. Just like Napier.

When the opportunity arose to come back to my home town as a Member of Parliament, I jumped at the chance. Here was an opportunity to make a difference, get things going and advocate in a public way for what was right.

Little did I expect that I would end up in an argument in the mayor’s office with the CEO over a proposed solution that would have removed buses from both the Marine Parade and the CBD and returned them to the Napier travel centre. The CEO didn’t want a bar of it. The mayor did. Guess who won … I left shaking my head in disbelief. I knew things were tough, but the level of official resistance to change I encountered astounded me. 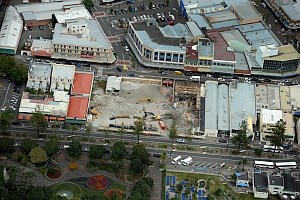 A very successful Napier businessman told me one day that he had given up. I urged him not to, but he felt that he had been banging his head against a brick wall for years, and all he had to show for it was a headache. Another successful entrepreneur wanted to turn the Firecasts strip club in the old Central Hotel on the corner of Emerson and Dalton Sts into an Art Deco-themed restaurant, but met such resistance from the council that in the end he gave up. He said that if the Council staff would rather have a brothel than a themed restaurant in the middle of their city, then so be it. I think he is back in the States now, spending his considerable fortune somewhere else.

Then after the 2011 election Napier’s re-elected National MP, when asked by the local press what he wanted to achieve, talked about settling Mãori grievances. For goodness sake. If I am ever lucky enough to be in the same position, I would be angling for the Regional and Economic Development portfolios, as these are the ones that can really drive growth and create wealth in the provinces.

The Eastern District Police Commander, Superintendent Sam Hoyle, has just announced a merger of the Napier and Hastings police regions. There is no longer a Napier police region, just a Hawke’s Bay one. He told the press that this merger would not reduce the number of front line staff. In fact, this move would drive efficiency and free up officers to fight crime.

Well, we all want an efficient police force, but what Sam has failed to identify (as has Lawrence with his ill-conceived amalgamation bid) is that the people of Napier identify very strongly with brand ‘Napier’. Sam could have made these changes, but just kept the names of the Napier and Hastings regions, and all would have been fine. He didn’t, and people are suspicious (and rightly so, but that’s another story).

Why? Because Napier people are fiercely proud of their city. We remember its past glories, we love its history and believe in its future; however, we also despair for its lack of a vision and a plan. I am also very proud to say I am from Hawke’s Bay, but Napier will always be home.

I am not saying I have all the answers. There are many amazing people living in Napier who, for whatever reason, simply haven’t the time to seek a place on the city’s Council, but who believe in Napier as much as any elected councillor. They believe, like I do, that there is no coordinated plan for the city, its development or its future. They also feel as if they are not being listened to. So they either shut up or drift away.

Neither is good for the city of Napier.