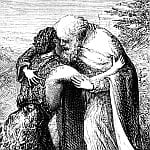 A familiar story told in Hawke’s Bay is of the prodigal son or daughter. BayBuzz is heartened to see many Hawke’s Bay ex-pats returning to the fold with rich experiences and enhanced skills. We ask the ‘returnees’ where did they go, what did they do and what prompted their return. 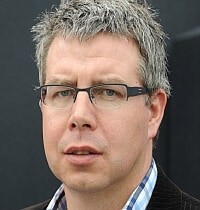 For Fraser Holland, the defining moment in his career path came in a motel room in Los Angeles.
He and his wife Nicola were midway between London, where Fraser was a marketing manager for HJ Heinz, and New Zealand. They awaited a call from the New Zealand Rugby Union. Fraser had applied for a position there and had been short-listed. His first interview had been from a phone box in northern Scotland.

The call would either come, or they were off for a few months in Mexico and South America … and whatever followed.

The call came. And Fraser returned to New Zealand as the marketing manager of the NZRU. How many New Zealand ex pats would like to enjoy that return path?!

Born in 1969, Fraser graduated from Napier Boys’, where he and Simon Tremain were deputy head boys together, a relationship that’s come full circle, as Fraser is now general manager of Tremain Real Estate.

He went on to University of Otago, gaining a bachelor of commerce. By 1997 he was a marketing manager at Lion Nathan Breweries, where he was initially exposed to the business side of rugby. Then it was off to Europe, squeezing in belated OE’s for himself and Nicola. He landed at HJ Heinz, where assignments could have taken him anywhere in the world.

But then ‘the call’ came from NZ Rugby Union. He spent nine years at NZRU in Wellington, negotiating sponsorships, commercial licenses, television rights, and the professional players collective contract, and finishing as a member of the NZRU bid team that secured the 2011 Rugby World Cup hosting rights.

As gratifying as the NZRU post was, Fraser began thinking about a return to Hawke’s Bay. He always intended to return. “I think it’s just in the blood. My hub was Waipatiki Beach and I had memories of growing up with a terrific group of extended friends and family in a small community and so it was always a central thing to come back and build my family around that same network.”

He assumed that his opportunity in the Bay would lie in marketing, and thought to round out his experience by working on the agency side of the marketing business … “to know my competition from the inside out.”

That strategy took him to Ogilvy, where he became the agency head in Wellington, with clients including the Rugby Union. But that path pointed ultimately to Auckland (“I had avoided Auckland like the plague”), and soon it was time to focus on returning to Hawke’s Bay.

The family plan was that Nicola, also from Hawke’s Bay with her own career in finance as a chartered accountant, would stay at home upon the birth of their third child. The time was right, and the opportunity arrived in 2010 to join up with Simon at Tremains. Interestingly, over the years, friends in the Bay had warned him about “coming home too soon.” Their message was that “Hawke’s Bay will always be here, and it’s not changing at such a pace that you need to be here right now.”

Re-tracing his youth, Fraser’s bought a “piece of dirt” at Waipatiki for holidays and family time. Comparing his working life before returning: “Before there was no family life … you can do so much more in your day here in Hawke’s Bay … It’s all about finding a better balance.”

Yes, he says, there’s some loss of amenities and ready entertainment, but “it’s an easy price to pay, and change back.”

From Telecom to Te Awanga 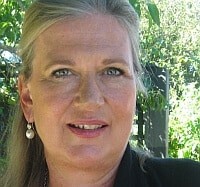 Leaving the big city living behind was the choice Tina Symmans made after watching with shock and horror the news footage of the twin towers attack, 9/11 in 2001. It seemed to exemplify the disconnect she felt in working in a high stress, high profile corporate career and living in the big city environment. She wanted to bring balance into her life and chose Hawke’s Bay for its big skies and stimulating company.

Tina has been living in a cute beach cottage at Te Awanga since that time. Here she can revel in her lush rose-filled garden, fish when the whitebait or the kahawai are running or walk the dog along the shingle banks to gaze out to the ocean’s horizon. “It grounds me,” she says. “It balances the corporate life.”

She has continued her working career through the eleven years she has lived here. Being just 20 minutes from Napier airport has allowed her to commute to work in Auckland and Wellington. Her rationale was that most city commuters are stuck in traffic jams on the major motorways of those cities for at least the 50 minutes that she was airborne.

Tina Symmans was Telecom’s Director of Corporate Relations from 2009 until she resigned in December 2011, following the completion of the de-merger and separation of Telecom’s subsidiary company, Chorus, into an independent, publicly listed company, as part of Telecom’s bid to participate in the Government’s Ultra Fast Broadband initiative. Leading the Corporate Relations team – media relations, government relations, internal communications and community relations – she played a key role in navigating those changes.

Tina regards herself as privileged to have been involved in one of the largest deals in New Zealand corporate history and to have worked with a great team of people to effect the change efficiently and quietly.

More recently whilst working for Telecom, she helped established the Telecom Foundation, which looks after Telecom’s philanthropic and community-based initiatives and continues to serve as a director of the Foundation.

Following her departure from Telecom and resignation as a director of Turners and Growers she has given herself a summer off at home working in her garden, taking a holiday in Australia and giving herself time to relax and look ahead.

Based from home, Tina does consultancy work with businesses and organisations, loving the sense of doing meaningful work in assisting companies in their relationships with Government and politics, guiding them through the labyrinth of impending legislation, and providing guidance on reputation and issues management.

In 2008, Symmans, with Paddy Maloney, Charles Whyte and Bruno Chambers, formed the ‘Future Ocean Beach Trust’ to strategise resistance to what they saw as a major environmental threat to the area. This was in response to the Hill Country Ltd proposal to the Hastings District Council for a plan change to develop 1,000 houses, plus amenities. It was a protracted but ultimately successful movement and through it she became embedded in the coastal community of Hawke’s Bay. 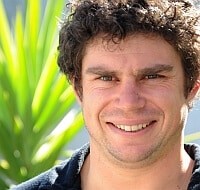 The path has been straight and true for Leith Ashworth. He’s always wanted to make wines … and make them right here in Hawke’s Bay.

Born in Canterbury, Leith grew up since age four on a farm in Takapau. He schooled at Hereworth and Palmerston North Boys’ High, then off to Lincoln University to study viticulture, gaining his degree in 2004. Now, just past the ripe age of 30, he’s recently become the Winemaker at Matariki Wines, and ‘moonlights’ in the same role for his family-owned Junction Wines.

Rugby is part of his story too. In 2005, after working a bit at Vidal’s, Leith was off to France to play a rugby season. Then back to Vidal’s, over to the US for a few months to work in the harvest season, then to France again (host of 2007 Rugby World Cup), then a third contract in France, then finally back to Hawke’s Bay, landing at Matariki in 2009. Whew!

Along the way, Leith married Tracy, Canterbury born and bred, a Health Promotion Advisor for the District Health Board.

Throughout his excursions, Leith had one goal … bring everything useful he observed about winemaking abroad back to Hawke’s Bay. In that respect, Leith’s time outside the Bay was much more tightly focused than most of the ‘returnees’ interviewed in this series. One might query whether he ever really ‘left’ at all, or was it more like doing graduate study abroad?!

To Leith, Hawke’s Bay is a winemaker’s nirvana. Here the conditions are excellent, and the Bay’s varied soils and micro-climates allow for a wide spectrum of varieties to be produced with consistently exceptional quality.

He originally became interested in winemaking when his father started planting grapes on the family’s Takapau farm, “first as a hobby, then as more than a hobby.”

He says winemaking is “not an easy industry to work in … it’s not glamorous. It’s not what people from outside think it’s like, sitting back and tasting wine. It’s 12-14 hour days, seven days a week, covered in grapes from head to toe.” (OK, he burst my bubble!) A lot of young people leave the industry. But
for Leith the hard work has paid off quickly and now it’s a matter of “producing wines that gain the respect of other winemakers.”

Most winemakers at well-known wineries in the Bay are veterans in their positions for 10-15 years. Getting to that position requires not just sensitive taste, an extensive knowledge of wines and a track record of making exceptional ones, but also a strong work ethic and good management skills.

So, the question put to this brimming-with-enthusiasm young winemaker is: How much of the quality of a bottle of wine is determined before the grapes are picked, and how much is in the hands of the winemaker?