Who owns the soil?

The diameter of the Earth is 12,700 kms. Most of the atmosphere is within 16 kms of the surface, but we can only survive in a tiny, precarious skin of about 2-3 kms wedged between a ball of mostly molten rock and the unbounded emptiness of space.

If that is not scary enough when seen in such a perspective, consider this: humans are utterly dependent on the minuscule 50-250 mm layer of topsoil that covers the tiny 11% of the Earth’s surface that is used for all agriculture (or 3% for crops). If there was just rock and sand here, only a few hardy life forms like bacteria and algae would survive. That requires a pause for serious reflection…

Topsoil is a remarkably complex living organism, made up from a mix of nutrients, organic matter, fungi, bacteria, insects and worms. Its riches have evolved over millennia, and have nurtured the abundant growths upon which we and all living things thrive. It has been a vital and fundamental part of this ecosystem for as long as there has been life on Earth. Hopefully it will continue to do so, but once eroded or poisoned it will take thousands of years to rejuvenate itself.

As I have tried to stress in all my writing for BayBuzz, we are at a unique point in the history of the human race, where we have reached the limits of the planet. What this means is that everything that has gone before no longer applies – everything must be rethought and redesigned for a new and quite different future. It does not imply a retrospective criticism of past attitudes, but it does require some pretty serious paradigm shifts in the way in which we think, we do business, and in particular the way in which we relate to Nature. The Earth is not a limitless source of produce, nor is its capacity to absorb waste limitless.

So who owns topsoil? Or maybe the question is really should anyone own it? Traditionally it has been landowners and farmers. Enlightened ones will say that they are not ‘owners’ but custodians during their brief time. They will endeavour to pass on the land in as good, or better, condition as it was when they received it. However the definition of ‘good condition’ is changing and will vary with perspective: does it mean maximum cleared land for maximum output, or does it mean a balanced ecosystem where wetlands and woodlands nurture its health? 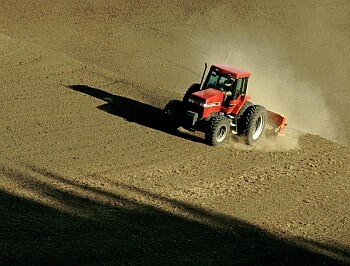 Other farmers treat it as their own business to run as they see fit for their own benefit, and resent the intrusion of outsiders who know little about farming.

I think it is time that we had a serious debate about this. Should farming be seen as just another business, where farmers are allowed to make as much profit as they can from the land, whatever they do to it? Or should we all have some say in how the land is used, because we, and our descendants, all utterly depend on it?

A farmer recently said to me, “How dare you criticise us – we are feeding the world!” I replied that the end is laudable but does not justify the means – it is how you are doing it that concerns me. How long can you continue to farm like this, when you are so dependent on oil and imported fertilisers, and on drugs and antibiotics for your animals?

New Zealand was founded on colonial and settler principles. Throughout most of its existence it has been a rural economy with its wealth lying in the land. Its social contract separated city and country, leaving the rural sector to look after the land while the city ran the commerce. The laws and values of the new country reflected this attitude towards the land which was a resource to be exploited: forests were clear-felled without replanting; wetlands were drained to create more farm-land. In the 19th century, when nature seemed so boundless, there were few immediate negative consequences, but then later in the 20th century we came up against the finite limits of the planet, and of our own land.

Urban folk have a say

A new urban-based, environmental awareness has grown, one that places the burden of responsibility on us to look after that which gives us life. Those living in the cities now realise that they are utterly dependent on the country for their food, water, clean air, and even waste disposal. And not just for them, but also for their children and grandchildren. Does that not mean that they should have some say in how the rural sector run their sphere?

Traditionally farmers shared this concern for the future. They wanted to hand a going concern on to their descendants. Many still do, but the pressures on them are immense and they need to earn a living like the rest of us. The average age of a farmer is 65, which means that there are not enough young farmers. So if they can’t hand it on, why bother planning long-term when they can make more money in the short-term? 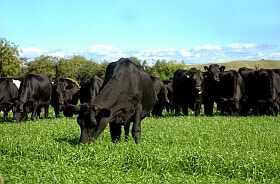 If they have no family to inherit it they will sell it, probably to an agri-business, and quite likely to an overseas one. Such businesses are driven only by short-term profit – they are solely accountable to their shareholders, if not every quarter, at least every year. The intrinsic nature of such unmitigated business is that it cares nothing for a long-term future if it adversely affects the short-term, and their critical quarterly KPIs. They will do all they can to maximise their output from multiple crops by pumping in fertiliser, sucking waterways almost dry and polluting what is left of them, as dry topsoil blows away in spring ploughing.

However distasteful that may seem, we can’t condemn the CEOs for working within the system. But we can demand that the social contract is revised and that government redresses the balance by representing us and the future, not the short-term commercial interests of big business as it currently does by chasing after its myopic holy grail of economic growth at all costs.

In Biomimicry Janine Benyus describes how the level of the north American prairies has fallen by up to three feet due to the erosion of topsoil. The land used to be covered by a dense mat of indigenous grass roots which protected it from the extreme weather and retained water, but after its destruction from ploughing, more delicate cropping plants could not perform the same function. Some areas became the infamous dust bowls. Others still cling on, but for every bag of wheat grown in Iowa six bags of topsoil are lost to the sea. Ecologist John Piper says that the Prairies have lost one third of topsoil and 50% of fertility in just 100 years. There is no future in that. It is an extreme that hopefully does not exist here, where we do not (yet) have the same vast agri-businesses. But it is a warning.

Topsoil and water are precious, life-giving resources. The future of everyone depends on their ongoing health, therefore I argue that everyone should have some say in how they are used. If they are wasted for the short-term gain of a few, then I think that it is my duty to try and protect them for the health of my descendants and for everyone not yet born. If that means my meddling in the traditional fiefdom of landowners, then so be it. With the increasing presence of (international) agri-business in our country this becomes even more urgent.

I think it is time that we had a more open and considered debate about this issue. I am not one who can provide answers here nor should any one person. What is important is that we recognise that this is an issue and open our minds to possible solutions. Do we need more legislation? Should governments play a more active role to represent communities and the future, mitigating the purely selfish profit drive of business, and even that of individuals in the community? Should the whole community contribute in the form of subsidies which will in effect buy the future.

The environment and the future are inextricably linked; our future lies in our care for the environment now. We need brave leadership which is prepared to stand up and represent the future – all our descendants and other life – here and now. It will cost. It is not in the short-term interests of selfish people or businesses, but if there is no leadership now I don’t see a happy future.

We are all in this together, and all of us depend on topsoil.