The best years of our lives: A Working Life After 65

Kay Bazzard explores the issues that will determine whether people take the National Super at 65 and retire, or continue working into their 70s.

Recently, at a Hawke’s Bay filling station I was served by a woman called Shirley*. She was in her late 50s, early 60s, dressed warmly in a corporate windproof jacket, woollen mittens with a beanie on her head. She was chatty and her movements were quick. As she processed my sale, we grumbled about the cold, wet and windy conditions and she said to me, “Yeah, I’ve been in hospital three times this year but I’m really glad to be back at work again.” 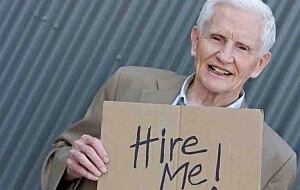 I noted she was approaching retirement age and doing an uncomfortable all-weather low-waged job and that her health was dodgy, yet she appeared cheery and full of optimism. She loved her job; that was obvious. But will she want to work after she turns 65? Will her health force her into retirement? Will she be able to afford to retire?

A number of published research studies suggest that the number of over-65s still in the workforce is increasing. With greater longevity, better overall health, and changing attitudes to ageing and work, older people are less likely to settle into a contented if boring old age, as their parents might have done.

This is backed up by the results of the New Zealand Boomer Dreams Study 2009 which asked 1,200 self-selected survey volunteers aged in their 50s about their attitudes to retirement. The study surveyed their ‘dreams’ and ‘aspirations’ for that period of their lives after the official retirement age, and received a resoundingly clear response. The majority had no intention of retiring at 65 to take up voluntary work. They would keep on working, enjoy the independence, leisure and lifestyle it funded. And they did not see themselves as ‘old’.

In June of this year a Treasury working paper entitled Health and Retirement of Older New Zealanders was released. It delved into survey data provided by Massey University and the Family Centre Social Policy Unit, following a group of older New Zealanders through the years 2006, 2008 and 2010.

This evidence-based study shows that economic and health factors were the predominant factors determining whether 65 year olds retire or not. It found that two primary factors were encouraging 65s to exit from the workforce: poor health and eligibility for a pension or a benefit.

In addition, it noted that if wives remain in employment, their husbands are likely to remain working beyond 65; but not the other way around. The data shows that for women, financial security is a more important factor in the decision to retire, with higher household net wealth being associated with earlier retirement. Also, for women, “the dissolution of marriage is associated with a higher likelihood of continuing workplace participation.”

Of far greater significance are factors such as financial incentives, results showing that receipt of New Zealand Superannuation substantially reduces the likelihood of remaining in the labour force, as do private superannuation income and receipt of government transfers.

Napier couple, Pete and Sue Phillips* are an English professional couple who moved here ten years ago and qualify for a UK pension from the age of 60. They are 53 and 58 respectively and both enjoy their work. Their superannuation is very important in their future plans. “We don’t want to push ourselves beyond 65, [superannuation] is the bread and butter, everything else is icing on the cake.”

Pete: “At this stage, I can’t imagine not working and I don’t think about easing off. I’m just plodding along, but I might reduce hours by the time I turn 60. It really depends on what turns up.”

Sue: “When you’re young you hardly think of it. Now though, we discuss our plans for the future, including that we want to explore things we didn’t do as young people, like travelling.” She has already reduced from full-time to part-time work and as financial commitments allow she will reduce her hours further.

Sue: “I’m really looking forward to having the time and freedom to go walking with friends, just reading a book
or becoming involved with community-based volunteering.”

Both Sue and Pete have read the research material quoted above and Pete says bluntly, “the Dreams Study is rubbish. People retire when they can afford to and there is no evidence that people have changed. I think that the Treasury study is consistent with that. I believe there is no difference in attitude [to retirement] from previous generations.”

Manual worker, Murray*, is a 55-year-old linesman who has worked in the outdoors doing heavy work all his life. He started as a school leaver, and today works as a surveyor monitoring power fluctuations through the lines system. It is solitary work and whilst still quite physical, it is not the heavy work he formerly did digging trenches, repairing underground wires and filling them in again. But he misses the company of his workmates. 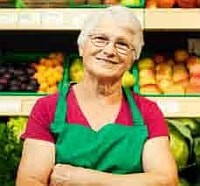 As he pulled on his high-viz vest and safety helmet, I brightly suggested that he should take care up the ladder and he replied, “I’m too old for this, it’s hard work climbing up and down ladders all day.” I asked when he would retire and he replied, “I’d love to retire but I can’t, I’m only 55 and I’ve got a family and a mortgage. My wife works as a nurse and we just have to keep going as long as we can.”

To work or not?

The whole discussion about raising the retirement age comes into focus when you talk to people like Shirley and Murray. For the kinds of work they are engaged in, 65 is long after their use-by dates. Ideally, they should be able to settle into lighter work or an earlier retirement.

Sue Phillips thinks that job satisfaction would be a significant factor in determining whether someone stayed in their job after 65, and compares being in an interesting, non-physical job with menial, or heavy manual jobs.

But she also observes that you’d have to be a brave person to cut off your job at 60-plus; at this age career changes are not an option in the current economic situation as there are fewer jobs. People will be forced to reconsider their long-term plans. Fifty year olds made redundant are likely to have problems in finding work yet they will have to keep on trying. Those in their early 60s will be expecting to find it harder, and will probably be less inclined to put themselves out there.

Given the shortage of skills and experience in the workplace, we might expect that employers would want to retain skills, perhaps by giving encouragement to older employees to stay on by making their hours and working conditions more appealing and appropriate for their health and strength. By allowing the people with expertise to withdraw from work at their own pace, employers could use them to build expertise in their workforce by training their younger staff.

It is likely that the people who choose to continue working would be in positions of influence as they are better able to determine their own working conditions. But even here, things like ageism, lack of respect, where the employers know they can take advantage of an older person, are circumstances that would ensure they would retire.

Not always a choice

There is confirmed evidence from the Health and Retirement of Older New Zealanders that it is difficult to get back to work after a health or redundancy crisis, and as Sue points out, that can affect people still in their 50s.

Older people in Hawke’s Bay find it almost impossible to find work in spite of wishful talk by politicians and others about the need for New Zealand to retain their skills and experience. Many a disappointed senior job applicant is convinced they are unable to find employment due to the ageist attitudes of recruitment staff and employers, and this could well be the case. Equally, their lack of success may be due to senior workers’ reluctance to embrace new technologies or to inter-generational perceptions of this nature.

For those who wish to continue working, staying healthy and keeping abreast of new technologies will be the best determinants of keeping in work, balanced by sympathetic working conditions. For the rest, the likelihood of exiting the workforce will be determined by their health and strength, or by being able to afford to retire.

Either way, in Hawke’s Bay the decision of the individual 65 year old to work beyond the age of retirement won’t always be a matter of choice.