Will a Dam Bring Them Back to the Bay?

There is no doubt that a visionary economic development agenda is a must for Hawke’s Bay. Our high unemployment and social deprivation stats are a damning indictment of the province’s inability to attract new businesses and industries to replace those that have either significantly downsized or disappeared.

The Ruataniwha Water Storage scheme is being promoted by the HB Regional Council as the single biggest economic development project for decades. In terms of total spend, this is undoubtedly true. The question is, however, if given a choice as to how to spend $600 million driving economic development, is a dam the best use of scarce funds? 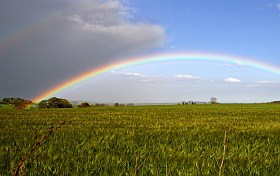 We all know the Hawke’s Bay economy is heavily dependent on primary industries. There is also no argument from me that controlling the ability to access water year round would improve economic output and financial viability of many of the farms located in the Tukituki catchment, especially in drought years.

The recent Prosperity Study noted that the region’s economy is heavily influenced by commodity prices, exchange rates and climate. It also noted that “across the HB economy there is a relatively large proportion of low-skilled and low-paid jobs. Many jobs are seasonal as they are related to the production cycle of the primary industries.”

In terms of jobs paying over $100,000, Napier, for example, is in the bottom 15% of all electorates while over 56% of people earn under $30,000. In fact, all the stats tell us that, by-and-large, Hawke’s Bay is a poor performing region in nearly every social and economic indicator.

We may have the sunshine, the wine, the Art Deco and the summer concerts, but for many, Hawke’s Bay is not the paradise marketed to outsiders in the glossy tourist brochures.

The Ruataniwha dam project will create employment, but it will largely be the type of jobs that are currently taken by seasonal labourers on the RSE scheme who come in to pick our fruit. As many will know, we have an immigrant workforce that comes into the Bay around November and leaves once the picking season is over. They are very efficient and the fruit growers love them due to their work ethic and reliability. While I don’t doubt their efficiency, the problem is that nearly every dollar these workers earn is sent back to the homeland. Very little is spent in the local economy.

The Minister of Immigration says it is wonderful for our foreign aid programme. That may be the case, but it is dreadful for our local economy and struggling communities.

The jobs created by the development of the dam may well be the same. Many of the agricultural labouring jobs across the country these days are taken by Filipino workers. Again, because their work ethic is tremendous and they are prepared to work long hours for very little.

But this begs the question: what sort of regional economy do we want to build going forward? Do we really want to be a low-skilled, low-waged region wholly dependent on agriculture and horticulture? Is the economic reality such that we have no hope of attracting the type of businesses and industries that bring high-skilled and high-waged jobs? Are we really the epitome of what is happening in this country, where we train people in some of the best schools in NZ only for them to leave and never come back because ‘there aren’t the type of roles I do here’? 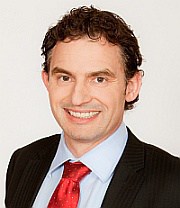 If I believed this I would pack up and leave, but I don’t buy into the argument that we are not in control of our own future and must remain reliant on commodity prices, the exchange rate and climate.

The Regional Council and the Government are about to spend $600 million of our money on improving what we have always done: farming and horticulture. We may become more efficient at doing the same, but we will still be reliant on the same variables that have seen our province’s performance nose-dive.

What is the solution? I don’t have all the answers, but I do have a lot of ideas about how I would drive economic development if I had a budget of $600 million, so here are just a few:

We do have fantastic schools, a great climate and a reasonably good infrastructure. Given $600 million to invest, this place could be a high-end manufacturing hub, a financial services location, a centre for innovation, research and development, a site for industry clusters as they collectively take on the world from the Bay. The future is only limited by our imagination and ability to be bold and work damn hard towards implementing a vision for how we want Hawke’s Bay to look in 20, 50, 100 years time.

Maybe damming the Tukituki is the best use of over half a billion dollars of economic development money, but I would like to think we could do better. If your kids plan to leave the Bay after finishing secondary school or are already at university or living elsewhere earning decent dollars, then the odds are that this Ruataniwha dam project isn’t going to bring them back to the Bay.

Give me $600 million to spend and I reckon in 10 years time I could get rid of the excuse: “I would absolutely love to bring the kids back to the Bay mum, but there just isn’t the type of job I do in Napier.”

2 responses to “Will a Dam Bring Them Back to the Bay?”