Low Prices At Any Cost?

Last year I fulfilled one of my dreams and went on a five day trek in the Himalayas.

At the start, my guide noticed my walking poles and asked where I bought them. I told him in New Zealand – why? He said, don’t buy them here, they are Chinese copies, which are badly made and dangerous; some people have broken bones when the poles have failed on rough ground. I had noticed them in Pokhara in the rows of shops all selling identical hiking gear, and wondered (naively) why all the well-known brands could be so much cheaper. 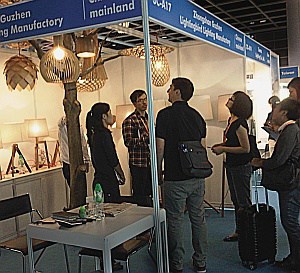 This safety factor is a lesser known aspect of the global scourge of Chinese manufacturing rip-offs. The phenomenon is more generally seen as theft of intellectual property, which unfortunately is sometimes accepted as a way of making goods cheaper and more widely available to those that can’t afford the branded version. It is even justified by saying the brand is making too much profit, though no one has shown that those making the rip-offs make any less profit. A store here that sells copied furniture defended their action to me by saying all New Zealanders have a right to be able to buy well-known designs at ‘affordable prices’. The problem is that they are disingenuously reducing the issue to the immediate price tag; the Chinese manufacturing success is entirely based on low prices at any cost.

But what is the cost?

Safety is one issue, as I have shown. Are we really aware of all the dangers of cheap goods? Would you favour the cheap plastic Chinese toy for your child over the more expensive German wooden one, if you knew that the plastic contained carcinogenic toxins and that German regulations forbade the use of any such toxins in plastic or paint? I would have liked to have said New Zealand, but sadly our regulators lack the rigour of the Germans.

When I export to Japan I have to show that my plywood goods contain zero formaldehyde (E0) in the glue, but there are no such measures protecting us from Chinese imports, or even from our own home-made materials. My company pays more for special orders of E0 MDF (only for machining base-boards; we don’t make anything with it) that virtually no one else uses in New Zealand – this responsible material is made here for export to more caring societies.

And what about the safety of the people working in China? In New Zealand we have a reasonable standard of workplace health and safety (except in coal mining), but there are no such regulations in China.

While researching our bamboo plywood there, we visited a factory where we saw a laser engraving plywood trinkets. The machine had no safety devices: the laser was far above the workpiece and the laser beam was fully exposed to the worker who could have put her hand underneath it. A fan blew the fumes across to the next workstation. That machine would cost four or five times as much in a developed country which requires full safety protection and an extraction system with extensive carbon filters. Such unregulated workplaces are one of the reasons why they can make such cheap products.

Unfiltered fumes in China have created one of the worst polluted atmospheres in the world. A friend of mine who recently visited the industrial south saw newly-cleaned cars covered in brown grime within one hour. He was forced to retreat to his hotel with a hacking cough. I have been there too and seen the sun while still high in the sky, turn a sickly red. There will a serious epidemic of respiratory disease in children growing up in this atmosphere, and it is all because we want cheap goods and are prepared to turn a blind eye to the consequences.

Quality goods are made to last, which is enough reason to buy them, but there also environmental issues. When you eye up the cheap Chinese leather sofa, the salesman does not tell you that the skins have been split into three layers. All you see is the price difference with the branded version. But the thin leather will not last long and you will soon throw it out onto the landfill, with all its incumbent toxins, and have to buy a new one. In the long run the expensive single skin sofa is not only cheaper, but it is also responsible for less carbon emissions, pollution, resource depletion and human exploitation.

People’s usual defence for not buying quality is that they can’t afford it. I understand this and also sometimes baulk at high prices. But we can only ‘not afford’ it because we want too much too soon. It is hard to resist the constant commercial barrage that makes you feel a failure if you don’t have the latest everything. But life is richer when we have fewer, beautiful things of quality that will age gracefully with us, things that are made with love and care from clean, sustainable materials, maybe even by someone you have met locally.

Recently when I was giving a talk in Australia on environmentalism I was asked afterwards … What do you drink your tea from? I was proud to be able to say that I use treasured mugs made by Barry Doyle from Palmerston North (though I have to confess that all my ceramics are not yet local).

Instead of buying lots of cheap stuff from China which are often unscrupulously made for quick profit, why not save up and buy one really special thing made by a New Zealand craftsperson? Of course not everything we need is made in New Zealand, but the more we support our local industry and our local communities, the more they will grow and the stronger they will be.

In the long run it is cheaper and probably safer for you, as well as being much better for the planet and all the people who live on it.