Try it from the right

In the 1920s, the early Modernists at the Bauhaus Art School in Germany believed that better objects make better people. Such idealism has since been successfully drowned out by commercialism, to be replaced by an insatiable acquisitiveness for more stuff. Nowadays we just try to make our homes ‘nice’, but at least that has a positive effect on our mood.

But what if there is more to this? What if our surroundings not only affect our mood but also the way we think? Our understanding of how the brain works has come a long way in recent years, propelled by neuroscience which has linked individual actions, thoughts and emotions to different regions of the brain by observing the resulting neurone activity.

In addition, the study of stroke patients who have lost the use of one of the brain’s two hemispheres has given a clear picture of how these two halves work. For a long time it remained a mystery why we should have almost two separate brains, which seemed a massive over-investment. But now it seems that, while each hemisphere has evolved to operate in a very different manner, they actually work in tandem.

Using the right hemisphere we think spherically, empathically, connectively, implicitly, understanding nuance and metaphor, embracing uncertainty. With the left hemisphere we think linearly, rationally, abstracted, explicitly and decontextualised, using only the familiar. With the right we engage with people and have a sense of care; with the left we control and engage with machines. Through the right we gather information and understand the new; the left sees only what it already knows. 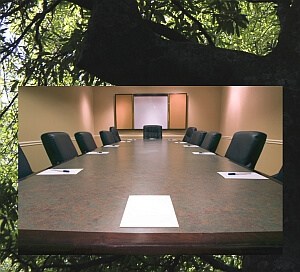 Neither side is ‘better’ than the other; we are at our most fully realised when they are in balance. We evolved to respond to perceived threats in three steps: awareness through connection in the right (of a threat, say); decontextualised analysis in the left; response decision back in context with the right.

Too much left brain thinking

The problem with the contemporary world is that we are becoming more and more reliant on left hemisphere thinking. It is kind of feedback loop where much in our society reinforces and hence encourages further left thinking. On its own, the left hemisphere is a self-referential hall of mirrors that, within its own world, believes it knows all the answers, but in reality can know nothing new. It allows no empathy or caring, using logic to justify self-interest, so is immune to the suffering of others. It can be argued that many of the ills of our society stem from such an imbalance in our thinking processes.

In the creative world, over-reliance on the left hemisphere means we shut ourselves off from new insights and instead resort to novelty, to irony, and to a derivative shuffling of others’ existing elements or forms – all of which are sadly too prevalent in contemporary art and design.

The important thing is that if we know what is going on within our heads we can start to control and direct it, rather than the other way round. Our brain is an immensely powerful tool, but we are not using it to its full potential if we rely more and more on left hemisphere thinking. This is actually changing the way we are and not for the better.

I recently saw a picture of a boardroom meeting. A long rectangular table receded in perfectly symmetrical perspective with evenly spaced men in similar grey suits lining each side, arms at their sides. In front of each sat a white pad, all of them neatly aligned to the grid of the table. The rest of the table was empty, as were the bare walls behind them. Everything about this image reinforces left hemisphere thinking: the grid, the uniformity, the closed inward-looking cell, the hierarchy of the man at the head. If they are there to look for a creative solution it will be a disaster. Their left hemisphere process is subliminally being encouraged, and the result will be that they only come up with whatever they already know, rigorously justified by a self-referential logic, and with little emotional care for the consequences.

What scares me is the fact that all the important decisions of where our region, our country, our world is going are made in such boardrooms by the captains of industry and government. Is it then any wonder that there is such a disconnect between us and those who control our lives? They are making these crucial decisions in an environment that totally reinforces left hemisphere thinking – a self-referential hall of mirrors that believes totally in its own logic and that denies empathy or caring, either for people or the environment.

Knowing the way our brains operate, there is little doubt that our immediate environment directs the way we think, as it does the way we feel. Maybe the best place to encourage truly caring and creative thinking is not in an office at all, but sitting in a circle in a woodland?! Here all the linear, decontextualised attributes of the left are denied, and we are surrounded by an enveloping, complex web of patterns and sounds. Recent research has proved that people who can see trees while working are happier and more productive, but they are also more empathic, caring and community minded, even if the trees are seen only in large photographs.

Because it is within their power, designers have the opportunity (even the duty I would add, like the medical profession with its Hippocratic oath) to help enforce change by designing better spaces and objects for our homes, workplaces and most of all those awful boardrooms. Modern companies like Google understand this and have created a loose openness in their workplaces which encourages creative thinking. Is it too much to ask the same of governments and multinational businesses who have so much control over our lives?

If this seems to you to be too ‘airy fairy’, too much like limp new age thinking (which it emphatically is not), then you are only meeting it with your left hemisphere which will not ‘get it’. And because it does not get it, because it is beyond its experience, it will dismiss it as irrelevant.

In fact I believe that our future depends on this: if we don’t regain the sense of empathy and care for the environment which gives us life and which comes from the right hemisphere, then we are doomed to exploit the land and each other in the rationally justified world of uncaring, left hemisphere thinking that comes
out of boardrooms.