The Best Years of Our Lives: Bringing ‘em Back – A Return Worth Making

A recent Statistics New Zealand report describes as a popular myth the belief that half of the New Zealanders who move overseas for a few years for career experience return home. In fact, many more stay away, and the report concludes that there are no clear reasons that might entice more New Zealanders to return.

Over half a million Kiwis are living long-term or permanently overseas and they are likely to continue seeking stimulating overseas work with no certainty of returning. All rather disappointing. 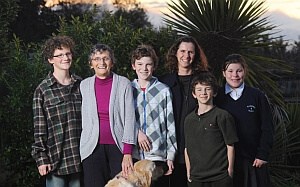 In order to understand better the motivations of these adventurous Kiwis, I surveyed several who were still overseas as to why they stayed away.

There are no real surprises here: Exciting work opportunities (and big salaries) not available in New Zealand, a love of the cosmopolitan big city life, proximity to holiday destinations for short travel trips. Coming home is less likely when Kiwis reside in their partner’s country and culture, and the longer they are away the harder it is to leave their new networks abroad.

Noticeably, single people and those whose identity is strongly tied to their overseas career are inclined to see Hawke’s Bay (and NZ as a whole) as a backwater with little to offer. Returning feels like a very unrealistic thing to do.

I also spoke to returnees to survey their decision.

Priorities for returning include: Homesickness in all its forms; for Hawke’s Bay weather, the region’s beauty and lifestyle and the ease of commuting; the network of old friends; a powerful sense of identity and wanting children to be brought up as Kiwis; valuing extended family relationships, siblings, grandparents and especially the joy of the kids forming sibling-like bonds with their cousins; affordable housing compared to elsewhere.

However, with the decision to return comes acceptance that wages will be lower than they are used to, fewer work opportunities, the need to be adaptable and innovative in finding good jobs. This group frequently mentioned that a good work-life balance was possible in Hawke’s Bay.

Parents getting on with their lives

When adult children who live elsewhere think of their parents, they may be viewed as ‘young-olds’ and ‘old-olds’.

Many ‘young-olds’ lead vibrant, independent lives free of family responsibilities and obligations. If they can afford to, they travel to visit their family overseas, pursue work interests and recreational passions and devoting themselves to themselves. For parents whose adult children are not living locally this is the best option for personal happiness, although it may not be a choice they would make themselves.

It is also noticeable that children admire their independent parents, encouraging them in their lifestyle and love the opportunity to come on a holiday visit with the kids or vice versa.

‘Old-olds’ are an altogether different matter.

The nagging doubts emerge when Mum has been widowed or Dad as had a stroke and Mum is struggling to keep it all afloat. The backwash of these major events falling on the stronger partner – finances, house maintenance and the sheer loneliness of being trapped and isolated. Suddenly health makes the difference. They are now vulnerable and this is when parents seriously need the support of their children. This is the clincher – will the family rally and will the kids come home?

My elderly neighbour, whose family members all live elsewhere, has lived a fiercely independent life for the past 20 years since her husband died. She wanted to avoid worrying her family and was proud of her ability to manage. After several falls and mishaps, she now has various members of her family constantly at her side and is gently being manoeuvred into a resthome villa with all services laid on, something she has resisted with great ferocity until now.

When frail elders are able to accept this move by reconciling themselves to the change, they make it easier for themselves and their adult families, but it is daunting to sell up and admit to a ‘geriatric’ status.

Life events make the decision for you

Returning to New Zealand after many years away can be a huge wrench unless there is a powerful trigger that forces a change of thinking. When a serious life event occurs, thoughts are likely to turn to home and the loving support of one’s parents, the extended family and old friends.

It seems from my informal research that the event of having children and being unsupported by family with only your partner to rely on is one of the most common triggers for coming back to New Zealand.

Another is the sense that “we can’t do this any more” – when a career reaches a plateau, or loss of a job, a debilitating accident or depression, being in debt from the London lifestyle. Add to this the pressure of overcrowding in the big cities, high cost housing, the demands of life in places like middle-class Britain or Auckland … not the type of environment they want their children to be brought up in. Then Hawke’s Bay seems like a dream worth aspiring to.

The four Whelan girls left Hawke’s Bay for extended periods; now all but one are settled in Hawke’s Bay. Jae lived in England and France for ten years; Kim was in Australia for four years; Claire lived in Ontario, Canada for five years. Claire describes the nature of family connections as being different from when you live nearby: “It’s more intense when your parents come to stay with you for weeks at a time.” She says “But we love being back and our kids have wonderful memories of being snowed in.” The plus side is that close family and friends in Canada come here for visits.

In September 1965 my parents waved me off at Princes Wharf in Auckland believing they had seen the last of me; yet fifteen years later I returned with my family. Similarly, my middle daughter Megan and her husband Ryan left for England in 2001, found exciting jobs, bought a house, had two children, were embraced by the English Bazzard clan … and still returned to Hawke’s Bay. I was ecstatic!

Obviously, returning families can’t live on air, so a job must be found pretty quickly. For some, like the entrepreneurial Miranda Smith, founding director of MS Homecare, starting up a hugely successful business means making your own good fortune. Chris O’Reilly, Tina Symmans and quite a number of others, qualified by successful corporate careers, now operate business consultancies from here unlimited by being in the provinces.

Fiona Conroy of Conroy’s Removals came home to take over the family business to allow her Dad to retire. Many more returnees find work with the big employers of skilled workers – the hospital, Heinz-Watties, the local authorities such as the Hastings District Council, the education sector and the primary industry research organisations.

For some, returning feels like a risky decision needing careful planning. For others it is simply time to come home, just packing the bags and turning up in the Bay, hoping that life will fall into place. Whichever way it is done, for those I spoke to it was a return worth making.