The Best Years of Our Lives: Does a farmer really ever retire?

During their working lives they are asset rich and cash poor while having to work incredibly hard physically and in the process acquire a huge range of skills. They really need to retire when their bodies tell them their time is up. The official retirement age is really not a consideration.

Some manage to adapt to town life, while others cannot bring themselves to be surrounded by suburbia and live on the edges of town. The Mitchells of Eland Station were able to sell their farm and retain the houses, keeping the dogs, a few sheep and cattle. After selling his farm, Gavin Smith became a successful painter. And Jonathan Dasent makes useful and charming wooden furniture and toys. But they all had similar stories.

For each of them the 1980s was a very difficult period as it was for most East Coast farmers and they all recalled that period with some distress. Its markers were Cyclone Bola and two severe droughts; however it was the changes wrought by Rogernomics in the middle of that decade when farming subsidies were removed almost overnight that changed farmers’ belief in the viability of the family farm. When it coincided with a frightening escalation in bank interest rates many farmers walked off the land, such was the level of debt. 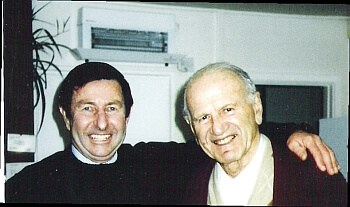 Off-farm income became essential for farming families and it was the wives who took up work in town travelling long distances each day. Helen Dasent and Rae Mitchell loved this change in their circumstances, with Rae going on to work for Corrections Hawke’s Bay for twenty years. It freed the women to develop their own careers while becoming a very important part of the farm’s economic survival, including paying for their children’s boarding education and university fees.

Prior to that time, farms would pass from father to son, in a smooth succession of generations, each adding their individual contributions to the development of the farm, the land and its buildings. New Zealand was a nation of farmers who broke in the land, built up a worthwhile landholding and made their mark.

Not having a family history of farm ownership, Gavin and Judy farmed in the hills outside Gisborne, first as farm managers and then buying 1,000 acres of bush-covered land at Ngatapa in 1978. Gavin broke in the land, 150 acres per year for seven years, clear felling, burning off, fertilising and sowing grass. Then there was roading, stockyards and buying the stock and this was partially funded by government farm development incentive schemes. They borrowed hugely, and then came the 1980s.

By the early 1990s they were exhausted, disheartened and sick of being poor so they sold up to a forestry consortium. They were now debt free with a changed lifestyle, so with great relief they set off to the UK for two years where their Kiwi attitude and skills were in demand, serving the rich and famous.

They worked at Lord Sieff’s Berkshire estate (the founder of Marks and Spencer) with Gavin as butler, togged out in a white jacket and black trousers, Judy as cook. She quickly upskilled to provide the menus required for the Sieff’s lunches and dinners each weekend when Lord and Lady Sieff returned from London. All week they had the place to themselves as they prepared for their weekend responsibilities.

It was well-paid work and a rich experience for the Kiwi couple. Today they live in a comfortable home just outside town, providing hospitality to paying guests, while Gavin has a successful career as a watercolour artist, frame maker and art tutor.

Jonathan now lives in Havelock North, having sold his farm at the age of 56. The farm in Mangatahi near Maraekakaho had been in the family since 1906. It had been split a few times; a son had died in the War; droughts had taken their toll; neighbouring land was bought and added to the landholding and then split up again as Jonathan and his brother took over their shares of the family farm. 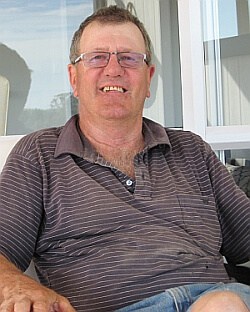 Horses were a huge part of Jonathan’s life. He learned to ride as a small child and had an extraordinary affinity with them inherited from his father who was also a skilled horseman. Polo was his recreation of choice, but a fall broke his pelvis at age 46 and he no longer rides.

The skills learnt from a lifetime of farming have led him into carpentry.

He makes and sells his wares and I first came across his wooden horse swings at the Strawberry Patch when my grandchildren clamoured for a ride.

As we talked we sat in his ‘Morris’ chairs and settle, his version of the arts and crafts style furniture so favoured in the early 20th century.

The Mitchells of Eland Station

The Mitchells kept the family houses at Eland Station when they sold last year and still live there. The farm is now a forestry block owned by an overseas investor.

The Mitchell brothers, Dennis and Kevin, married two sisters, Lesley and Rae, and have worked in partnership since they took over the farm in their 20s. They are each other’s best friends and their six children are like siblings. There have never been any arguments and it is an extraordinarily successful family and business relationship.

The Mitchells (all in their 50s) sold up knowing that none of the kids wanted to take over the farm, and while they had the energy to make the most of this decade of their lives and fully participate with grandchildren. Travel, sport and community work are high on their list of retirement activities. Kevin is a life member of Federated Farmers and recently stood for election as a regional councillor. He will continue his lifelong involvement in supporting the rural community.

How things have changed

Today, our farming population is much smaller. Attitudes to farm inheritance have changed – it is no longer viable to split the farm between the kids as the baby boomer generation reaches retirement age. Farms are big business; they have become huge corporate landholdings as family farms are sold up and land usage changes from sheep and beef to forestry and dairying.

In the examples I looked at, not one of the farms had passed to the children of the farmers in today’s economic reality. However, there is little sadness or sentimentality in the hearts of these couples, most spoke of the relief of selling up and retiring debt free, while they still had the energy to enjoy life. They had moved on.

Besides, there was not much point in planning for succession when none of the kids was interested in taking on a life of farming when education will provide them with options for a gentler, wealthier lifestyle. The kids had, after all, watched their parents as they struggled to survive the ups and downs of farming, the effects of serious weather events and economic hardship, and they had little taste for repeating it themselves.

One response to “The Best Years of Our Lives: Does a farmer really ever retire?”