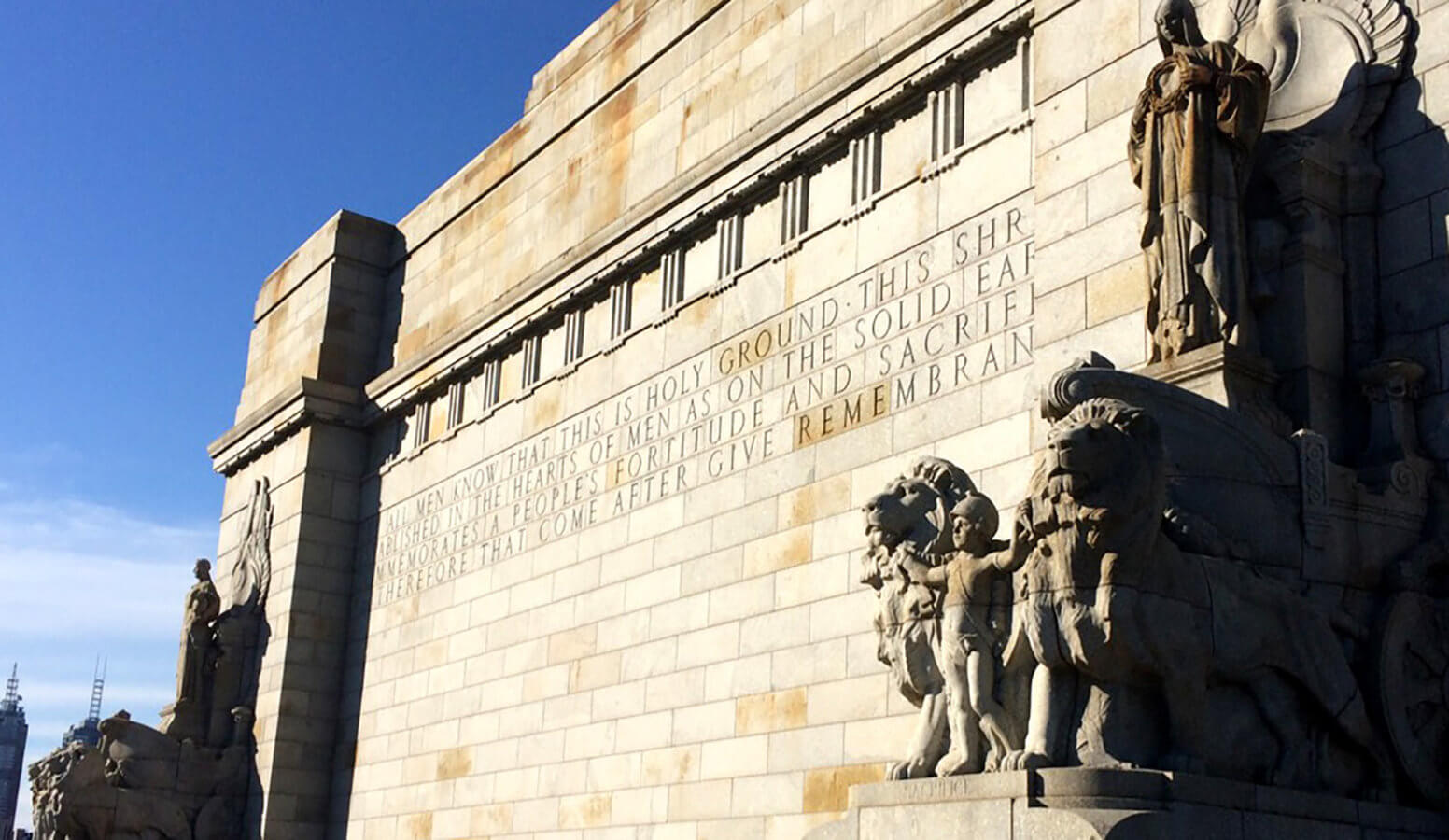 Off With his head

Melbourne. I leave the Yarra river – and all further reference to the tangata whenua – and walk south through Alexandra Gardens, Victoria Park and King Domain. High above me on stone plinths King Edward VII and the Marquis of Linlithgow (the first governor of Victoria) strut on their horses. An imposing avenue of trees rises up to a gargantuan stone pyramid supported by Greek columns. On each corner a midget Roman centurion leads a chariot – or is it a steam train? – on which stands a goddess: Patriotism, Peace and Goodwill, Justice, and Sacrifice.

It is a garbled mass of imagery: Classical Greece is juxtaposed with ancient Egypt, or is it the Aztecs, whose pyramids were used for bloody sacrifices. High atop a cenotaph lumpy Barlach-like figures are compressed under a bier in memory of the RAN and their sea battles. A text in Roman script covers one side of the building: “Let all men know that this is holy ground. This shrine is established in the hearts of men as on the solid earth. It commemorates a people’s fortitude and sacrifice. Ye therefore that come after give remembrance.”

I chose to come through here because it was green on the map – so that I could walk on soft grass not concrete, and beneath trees, not walls of glass and steel. I find it deeply offensive that here of all places – in this semi-remnant of nature – I should be confronted with all this guff.

Isn’t it time that we moved on and faced up to the realities of the 21st century? Over a hundred years ago Oscar Wilde described patriotism as the last refuge of scoundrels, as so amply demonstrated by Bush and his mates. Have we learnt nothing? Would today’s young ever give up their cell phones, put on uniform and go to fight in a filthy war of politicians on the other side of the world?

But the real issue is: what is this place called Australia or New Zealand now? What is our place in the world?

At the core of that issue is LAND. These stone remnants of colonialism are filled with British hubris. The goddesses honoured are historical, not the greatest goddess of all, Mother Earth. Britain transplanted its culture everywhere round the globe, doggedly intact and indifferent to its surroundings. Local flora and fauna were brushed aside and British replacements installed. Likewise the irksome natives and all their knowledge of the land.

Striding aloft on his horse in his imperial uniform the marquis issued his orders from London. How different from the first arrival, Captain Cook, with his instructions from the Admiralty to respect the natives – a result of the romantic French thinkers of the 18th century. Since then Britain had come to see itself as the pinnacle of human achievement and all others as inferior.

Yet these ‘natives’ had evolved to live in a highly attuned balance with their environment, which had survived intact for about 50,000 years, longer than just about every other race on Earth. No chance of exploitative British culture doing that! Rather than seeing this and learning from it, the British chose to pretend that the Aborigines did not exist as humans, doing their best to destroy them. And Abbott’s government is continuing this genocide today with the backing of the majority of Australians. What do the Aborigines think of ‘peace’, ‘goodwill’ or ‘justice’? Though I am sure they understand ‘sacrifice’!

Now in the 21st century we see colonialism for what it is: based on the capitalist exploitative model which today is proving a failure. It demands endless growth which is impossible in a world of finite resources. We are destroying our rivers and our soils (not to mention Nauru for its phosphates) for even more dairy herds. Australia’s fragile land is being stripped bare into a dust bowl by extractive British-style farming.

So the monuments in the parks are symbols of failure, of the same excessive hubris that destroyed so many past civilisations. The statues spread their malign gaze in the green parks, just where we should be seeking clues to a better future in nature. 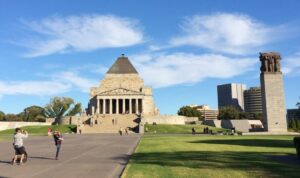 From about 10,000 years ago, when humans first started agriculture – when we corralled animals into pens and plants into fields – we set ourselves on a collision course with nature, and ultimately with ourselves. Some peoples, like the Aborigines, continued to live in balance to this day as hunter-gatherers. These nomads were much healthier than the early farmers who contracted many diseases from animals, exacerbated by crowded living. In them, as in nature, lie clues to a better future for us, if only we are prepared to look and listen. Yet in our concrete wastelands, deafened by noise, choking on smog and blinded by technology, we suffer from ‘nature deficit disorder’.

When dictatorships are deposed one of the first actions is to tear down their statues and monuments, and of course their flags. Rather more respectfully, we should do the same to all the Edwards and Linlithgows, and to our outdated ensign of empire, maybe consigning them to museums.

And really we should do the same to the war memorials, not because we dishonour the dead, but because these monuments honour the wrong things and are offensive to the local subjugated races.

Instead we should turn our parks into nature gardens. The neat rows of cultivated British flowers, kept alive by copious watering, should be replaced by indigenous plants that grow naturally. Here we can find and understand our place on Earth and our place in nature. Here in the heart of our cities we can honour this land, we can feel and connect with it.

And maybe here we can start to build our own nation, based, not on outdated and failed exploitative models, but on the land and on peoples who respect nature by living in balance with it. Unless we do all that, our civilisation is in for a rough ride.