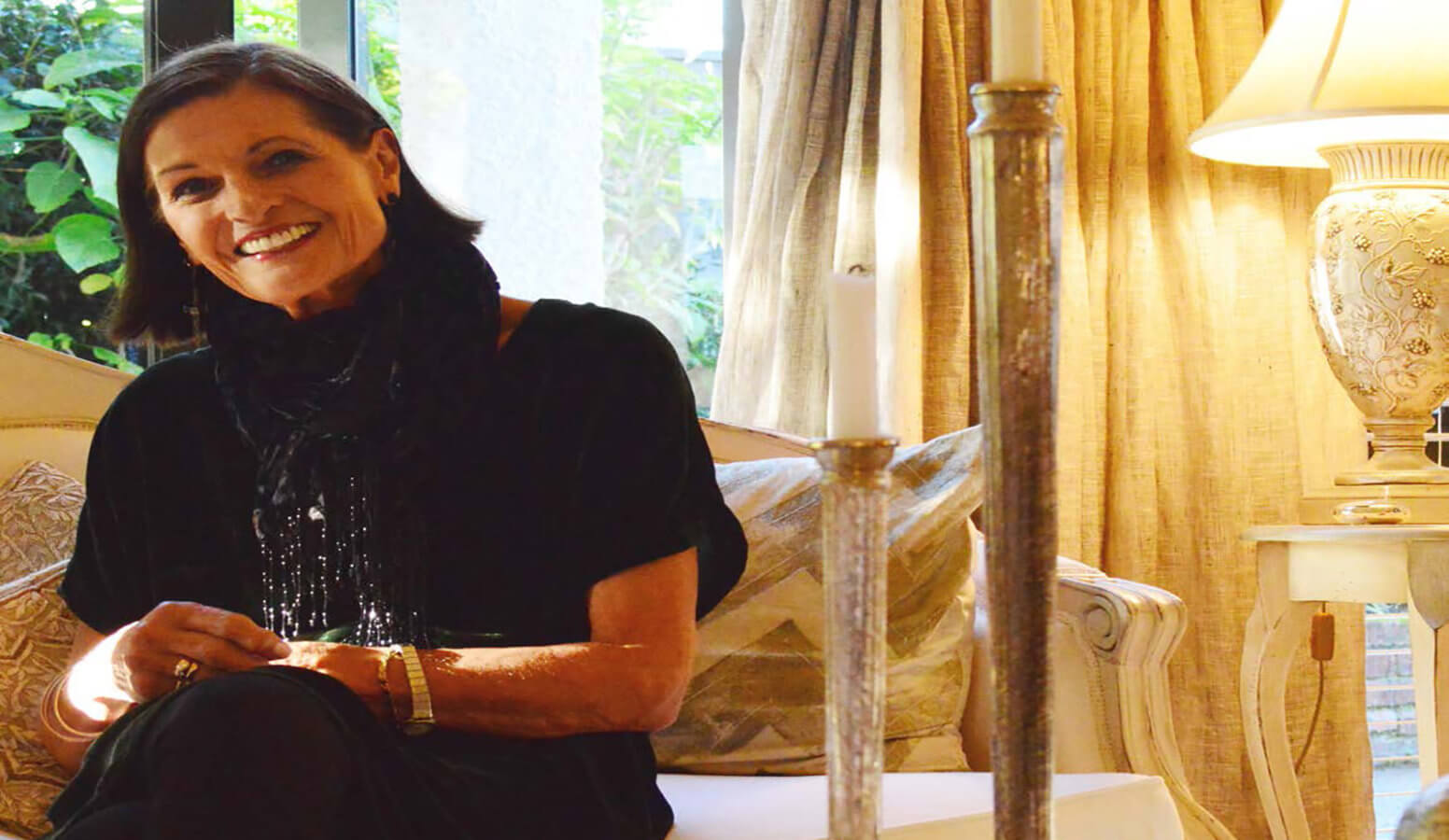 Key to Success Is Teamwork

I’m drinking coffee with Michal McKay in her elegant living room. She tells me the story of her recent double adventure: moving to Hawke’s Bay and renovating her house. This is Michal’s first “grown-up home” as she puts it. “I’ve always been an apartment girl, never had a garden!” 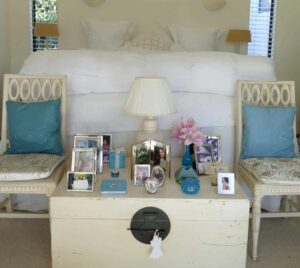 Symmetry and a classic combination of modern design and personal collections characterise the house, as seen here in the master bedroom.

“People ask me how I’m getting on down here, meeting people and so on, and I tell them I think I’ve met just about every tradesman around, they have just been marvellous.”

The irony is that Michal McKay, Hawke’s Bay’s most stylish new import has had an illustrious career in the world of design. She’s widely known as a sophisticate and a style leader, and a previous editor of Cuisine and Vogue Singapore, fashion and beauty editor of Vogue Australia and Vogue New Zealand. She was vice-president and creative director worldwide for Aramis, part of the Estee Lauder brand in New York. 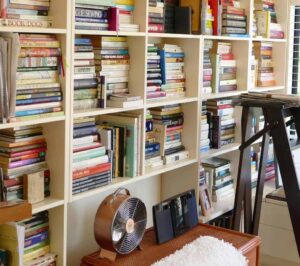 Michal works from her renovated Havelock North Home. One wall of her home office is taken up with this large custom-made bookshelf, keeping the space both cosy and functional.

But perhaps she is best known on these shores for her long tenure as editor of home design bible, NZ House & Garden.

Last year Michal made the move from Auckland and began renovating a 2000 Peter Holland-designed house in Havelock North.

She enthuses about every detail of the renovation project. From Matthew the builder who came back to see the finished product long after his duties were complete, to Desiree, “The most fabulous curtain maker”. It’s clear that it’s the people who have made this project so successful.

Michal’s advice for anyone taking on a similar venture is that the team is at the centre of the project.

The key is finding the right people to work with, who understand what you’re trying to create and work well alongside each other. She says what’s been remarkable about Hawke’s Bay, in that sense, is the way the tradies and suppliers have worked so well together and supported one another.

During our chat there’s a knock at the door and in files the tiler, followed by the plumber and the builder. They’re popping in to take another look at the bathroom; Michal’s tiled shelving, a request that, at first, had seemed like a tall order, now sounds like it’s gaining popularity around town. Michal greets them like dear friends, which they’ve become. We agree that when you have a team of people working in the tight confines of your home for weeks at a time, you’d best get comfortable with them.

The Hawke’s Bay property market is bouyant and alongside the hubbub of buy and sell are those who are building their first homes, family homes, holiday homes and retirement homes. Or there are those who have bought a house and used their vision and a big dollop of patience to turn someone else’s previous dwelling into a dream home of their own. Although it’s been a challenging project, Michal says it’s been her ‘way in’ to Hawke’s Bay.

“There has been the loveliest sense of bonhomie, helpfulness and pitching in. Everyone has taken great care with my home and they have a sense of ownership of the project. Everything has been done with such good humour and kindness.”

Michal now works with clients intrepidly taking on renovation and interior design projects, using her décor and design skills honed over decades to help create beautiful homes for others.