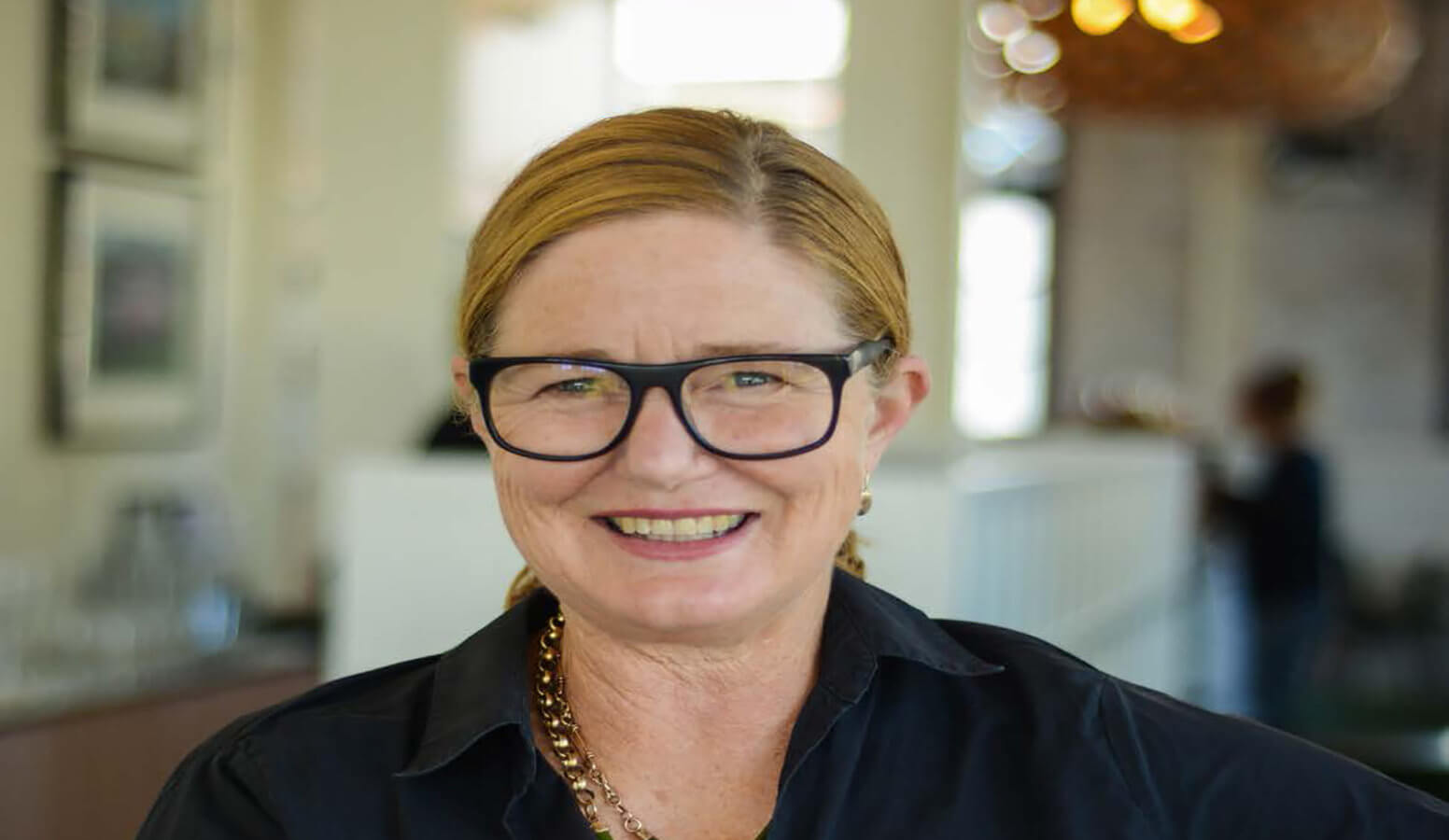 In 1974 one of the most popular healthy eating books of all time was published: Moosewood Cookbook. Its mothership was the Moosewood Cafe in New York, where chef Mollie Katzen served predominantly vegetarian cuisine. It became the hippie cookbook, full of whole grains and root vegetables, pulses and a dozen ways to use yoghurt. It's been revised a couple of times and appears on most cookbook collectors’ shelves, including mine.

Moosewood was popular at the time and useful for cooks, but it wasn’t mainstream. It was a way of eating squeezed into a box labelled ‘healthy’, ‘hippie’, ‘vego’, ‘alternative’! It fitted into a broader lifestyle sympathetic to the same ethos. 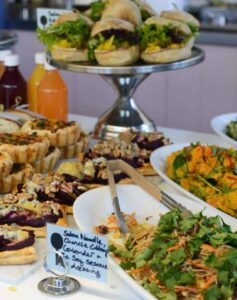 Much more recently Kinfolk, another lifestyle love-mark, released their recipe book, Kinfolk Table. Full of whole foods and just as inspirational, but it’s not boxed in, it’s almost mainstream! The thread that links Moosewood to Kinfolk is continuous. Its current iteration comes down to how the most recent generation interprets it. Whole grains and fermenting are very current, but anyone who was cooking thirty years ago knows they’ve been current before!

The big difference is now healthy eating is not just favoured but expected; at home, yes, but also in restaurants. There aren’t ‘healthy’ options, or even ‘vegetarian’ options, goodness isn’t marginalised, it’s celebrated.

I’m responsible for five kitchens in Hawke’s Bay: Opera Kitchen, Smiths, Albion, Picnic and my own at home. They are very different, but there’s a philosophy that runs through all of them. It’s about using quality, acting consciously, and providing for all the food experiences people in Hawke’s Bay want to enjoy in their day.

It could be called ‘clean eating’, certainly that is a current food buzzword, but it’s also a call to action. It’s a simple way to eliminate food that’s processed or refined. Why eat anything that’s going to clog up your palate or drag down your body?

Glory to the vege 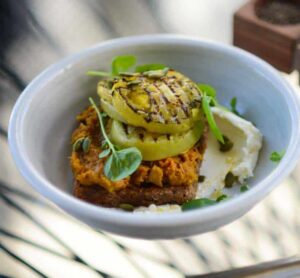 Seasonal and local are common sense, especially in Hawke’s Bay. There are no excuses here, fresh food is everywhere. A carrot that’s been in storage then sat on a truck is simply not going to be as healthy as one just picked, plus the taste will be diluted. But the positioning of those seasonal, local vegetables can be improved. They are not just for the side dish, they deserve the spotlight.

There’re plenty of ways to satisfy the palate beyond serving up the fall-backs of cheese and protein. One of the most umami dishes on our current menu makes pumpkin the hero. It’s given a kick with quark and tahini, and some tartness with green tomatoes (from the final stripping of a local tomato harvest, which saves them from being tossed out). It’s not the token vego on the menu, it’s a go-to dish.

Vegetables, grown well, don’t need anything to make them taste great. The sprinkle of grated cheese or the dollop of sour cream are a giveaway that the vegetable is not up to the task.

This March in Auckland’s hip Ponsonby Road, Orphan’s Kitchen put up a menu that had the restaurant booked out and punters queuing. And it was all vegetarian. With no excuses and no apologising. It’s not edgy or trendy, it’s common sense … if the fresh produce is up to the task.

The ultimate in local and seasonal is foraged fare. In Lyttleton the restaurant to visit is Roots. Their menu is predominantly foraged food, with the menu changing daily to accommodate what’s available. It’s very ‘now’ but also very exciting because it stretches cooks to look further than what’s easy.

A big part of what my team and I do in our kitchens is look ahead. We are not at all nostalgic about tastes and textures from the past. We know if we are excited about a particular ingredient, others will be too. We do often explore ways of reintroducing ingredients familiar to us: barley, bulgar, buckwheat, kombucha, kefir, kimchi, quinoa. They all have massive health benefits, but must also deliver a unique flavour profile that works hard for us in a dish.

I’m a big proponent of eating the rainbow. Eating lettuce and calling it your vegetable quota doesn’t really cut it. I want to see red, orange, purple, light green and dark green; add some berries and nuts, some grains. More and more, in our kitchens, our chefs are using meat as a garnish rather than the main ingredient. It gives vital flavour but you don’t need much to do the job, especially when it’s high quality.

Eating out used to be a treat, and rules about diets and regimes were thrown away on a night out. Now people expect to be able to stick to their favoured way of eating whether they’re eating out or staying in. I want to support them in that. It’s not what you do occasionally that matters, it’s what you do every day. Diners expect vegetables, not as a side dish but as the main affair, and that’s exciting to me because it pushes me to be more creative.

Here are two food ideas that are inspiring me at the moment. They’re healthy-eating, and delicious. As with most restaurant recipes (as opposed to those designed to be made at home), these are ‘babushka’ recipes – a recipe within a recipe within a recipe! It feels complex and time consuming, but for foodies that’s the fun bit! And it means you can be sure of the quality of each element you’re putting into the dish.

From Gjelina: Make your own creme-fraiche. There’s no substitute and it’s almost impossible to find a shop-bought variety that’s this good. Stir buttermilk into good-quality heavy cream, partially cover and leave in a warm spot until the cream tastes slightly sour and has thickened to a pudding-like consistency. This can take between 24 hours and three days. Store in an airtight container in the fridge. It’ll last about two weeks.

To make the buttermilk, take a cup of good quality whole milk, stir in a tablespoon of fresh lemon juice OR white vinegar. Let it sit for five minutes until it begins to curdle and become acidic. You can use buttermilk in place of milk where a lightness is required, such as in milk-based breads and pancakes.

From the Modern Hippie Housewife: Make your own probiotic lemonade. For this you need to make whey, but that’s not hard. Take good quality greek yoghurt, add a pinch of salt and let it drip through a muslin cloth in the fridge for a few days. Once that’s done you’ll have two useful ingredients: labneh, a delicious soft cheese found in Middle Eastern recipes, and whey, the liquid that’s left.

With this whey, make lemonade by dissolving 1/3 of a cup of sugar in 6 cups of hot but not boiling water. Put this in a glass container with an air-tight lid. When the liquid is room temperature stir in the juice of six lemons and half a cup of whey. Leave this at room temperature for three days. Then put it in the fridge. This will slow the fermentation process down but not stop it completely.