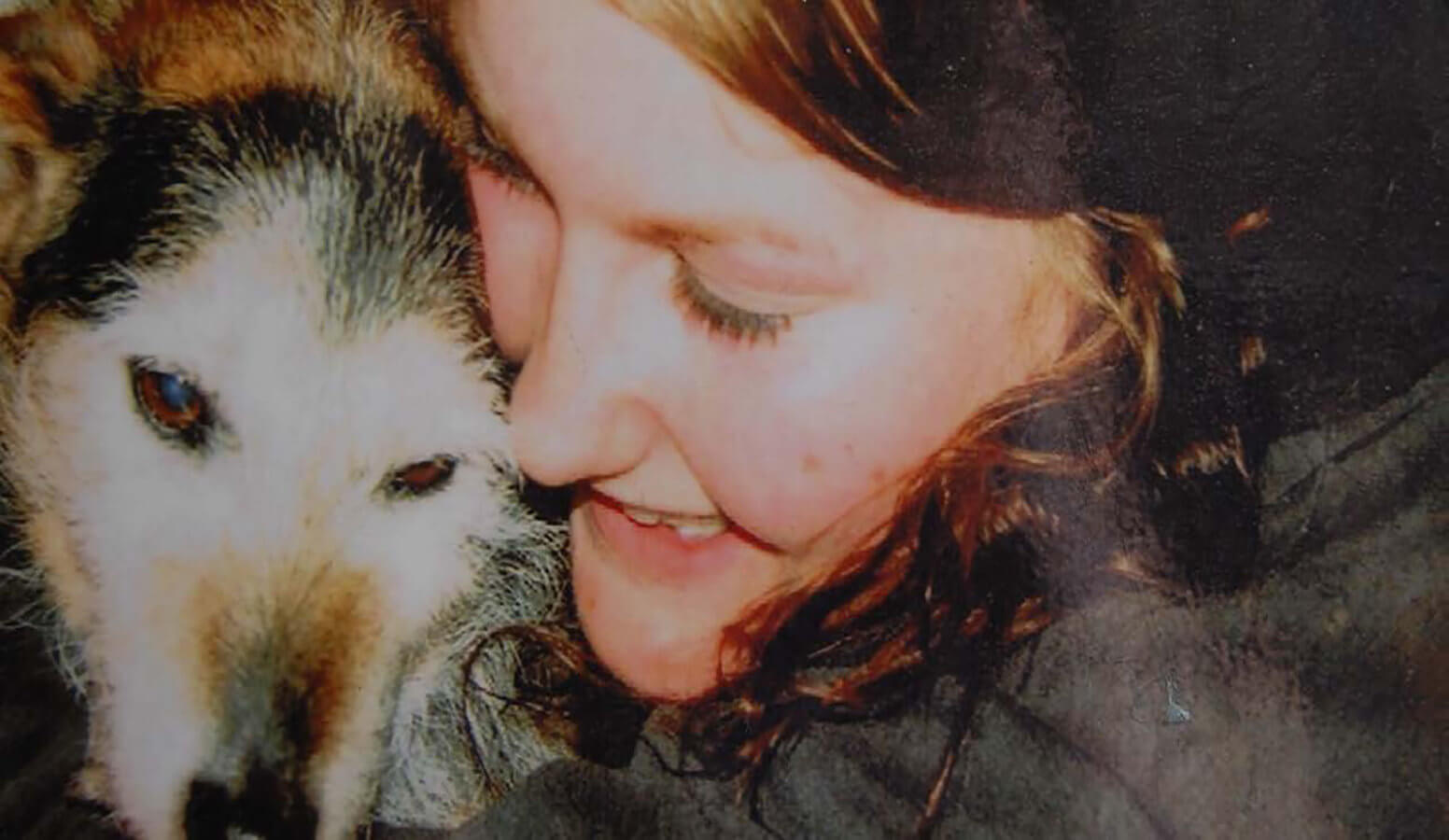 The Tale of Toru

Katie was eight years old and wanted a puppy. A specific puppy. A next-door puppy; a little-ball-of-scruff puppy. “No, no,” I said with firm intent.

“No, no,” I said emphatically.

“Ask your father,” I said with resignation.

Fingers were twisted and deals were brokered. Yes, Katie could have a puppy, but that puppy would definitely stay outside and sleep in the laundry. Definitely.

Every day Katie walked the hundred metres to the beloved hawthorns to cuddle the newly named Toru. At last eight weeks had passed and it was time to carry the wiry bundle home.

Toru became a live-in-the-laundry puppy for at least an hour. His progression to kitchen puppy tick-tocked away a good ten minutes. The living room beckoned. By nightfall his cosy basket lay empty as Toru became a sleepin- Katie’s-arms kind of a puppy.

Toru glued himself to Kate’s side for the next ten years. Every morning when she and Michael left for school he would line up with his friends Tahi, Rua and LambLamb to wave goodbye. The four friends would be back in position to await the school bus return as it unloaded their human buddies.

Toru and Kate were inseparable until time played its awful trick. Puppies age and little girls grow wings. Toru tried to fly. He lived in Ohakune, he tasted Tauranga, Auckland made him shake and shiver and in the end he returned alone to Te Rangi Farm.

Home was empty of all but Peter and I. We were no substitute for Kate, but we did our best. Toru waited for his Katie, ever ready, teeth bared in a toothy grin, his secret wink, his thumping tail. His love would be rewarded whenever she made the long trip home.

We were happy to be surrogates for Toru, but touring became a problem. Storytelling takes us the length and breadth of NZ. Toru was too old to leave behind so we took him with us, sneaking into motel units under the cover of darkness. The plan worked well … until it didn’t.

We arrived in Rotorua on this particular day expecting a motel, but found a hotel. A plush, very pleased with itself hotel. It looked grandly down on us as we considered our dilemma. There was only one way in, up the marbled stairs, past the coiffed concierge, the polished mahogany, the immaculate guests, past the pristine manager with hands clasped behind a ramrod back.

We considered our options. Run? Confess? Cry? After furtive discussion we decided on concealment and subterfuge. I grabbed the tatty old blanket of questionable heritage that had found its way into our car but had never found its way out.

I tucked Toru under my arm, arranged the blanket and hissed his instructions. Peter booked us in. I floated past, a ship in full sail, head held high, smiling my beneficence, a gracious nod to the desk, to the manager, to my public. I swept by, around the corner and leapt into the waiting lift.

Our top floor suite was magnificent and I could happily have settled in for the night, but Toru was an elderly statesman and required relief every two hours. Every two hours this strange old woman would sweep back past the coiffed concierge, past the suspicious manager, past the sipping patrons, nodding a gracious greeting to her puzzled public. Still wearing the tatty, lumpy blanket, the pantomime would play again minutes later. All night.

Toru died at 15 years. He joined his friends under the ancient Chinese maple. Four dogs, four cats, one sheep, three ponies and a cow (just the head and tail because we ate the middle).

The whole family had returned by the time Toru left. We were sad of course; it is the price of love and Toru had earned our tears. It is amazing how much a little hairy dog with steroid shoulders, shocking breath and the ability to clear a room could get under your skin.