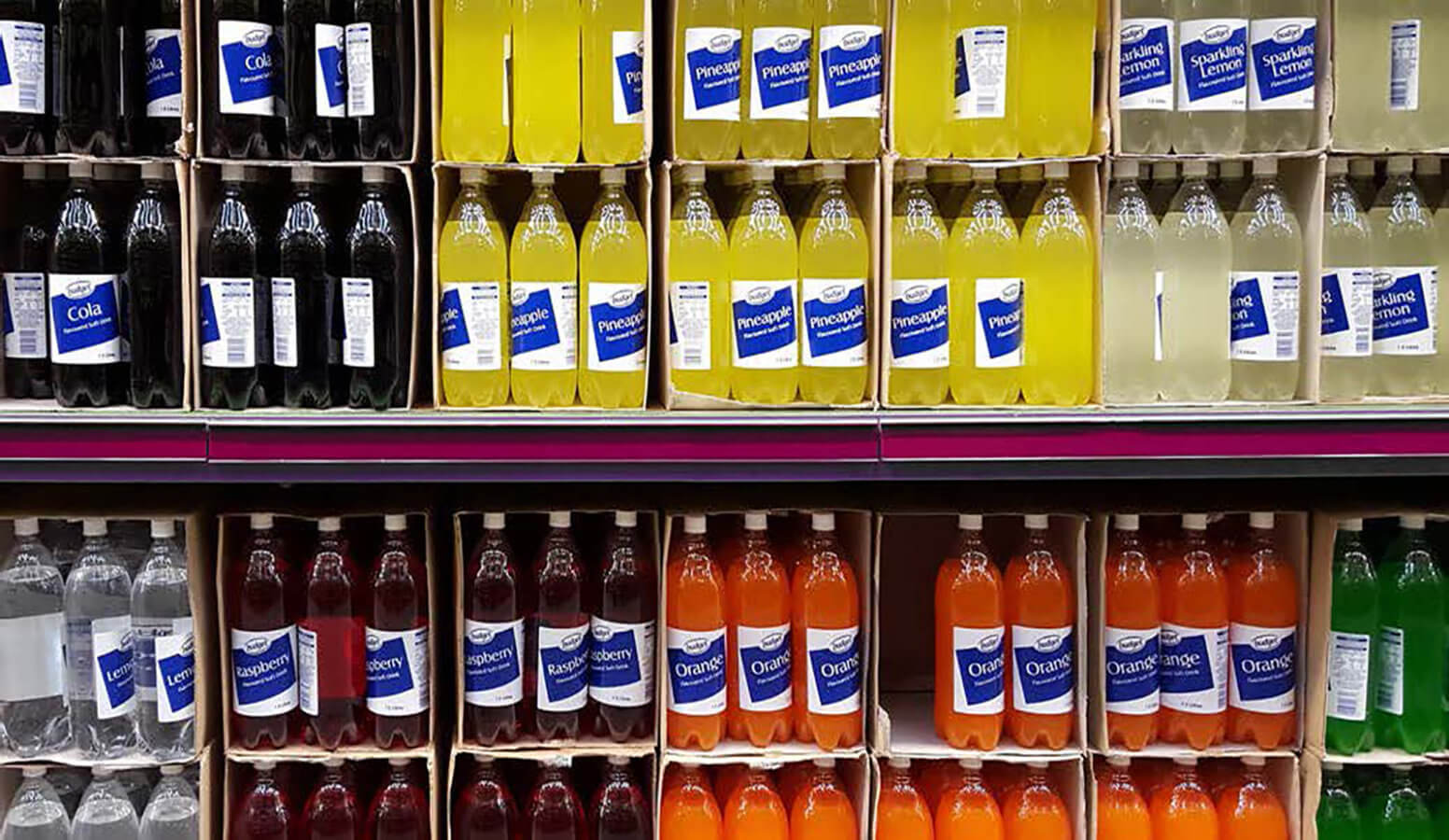 Evidence – and demand – mounts for the introduction of a soft drink tax as a tool to curb obesity in New Zealand. Seventeen countries now do so. The public health community in NZ strongly supports such a tax, as does the general public (over 80% in a recent Herald poll) … a rare convergence of expert and layperson views these days.

In a recent Public Health Expert article written in reaction to the UK recently adopting a soft drink tax, doctors and public health professors summarized the NZ situation as follows …

“NZ adults consume approximately 29 teaspoons of sugar per day, and children consume approximately 25 teaspoons. Beverages are the highest contributor to total sugars intake for Kiwi kids and the second highest contributor for adults … Kiwis far exceed the World Health Organization free sugars target of less than 10% of daily energy (about 12 teaspoons of sugar).

“Furthermore, NZ has the third highest rate of obesity in the OECD and many children suffer from tooth decay.

“In response to similar problems in the UK, a plan for a new soft drink tax has just been announced in the UK budget … The measure will tax soft drink manufacturers according to the volume of the sugar-sweetened drinks (SSBs) they produce or import … The tax looks substantial enough to make a notable difference in soft drink prices. The measure translates to a 25p (53c) per litre tax; which (for a NZ$2.50 1L bottle) would be a ~21% price increase if manufacturers and retailers fully pass it on to the shelf price (without reducing their profit margins). Most regular soft drinks including Coca Cola, Pepsi, and 7Up contain 10 or more grams of sugar per 100mL …

“Additionally, the tax will probably generate a lot of revenue, estimated at between £520 million to more than £1 billion. The UK Government says it will spend the revenue on fitness programmes and extended school hours for children so they can take part in more sports.

Is this new tax likely to work?

“There is a vast amount of evidence that taxes can reduce consumption in other areas: especially for tobacco, alcohol and carbon taxes. While the specific evidence for SSB taxes is more limited, it is substantial enough to start acting in our view. For example, there is now evidence published in peer-reviewed journal articles on the Mexican soft drink tax experience in regard to: the effects of increased prices, estimated price elasticities, and changes in beverage purchasing for SSBs and beverage alternatives. Mexican data showing reduced production of soft drinks and increased production of bottled water is also favourable …

What about New Zealand?

“The case for a soft drink tax in NZ might seem even stronger than in the UK, given that NZ has higher obesity levels and obesity is probably a more important contributor to health inequalities. Furthermore, NZ is less wealthy than the UK (on a per capita basis) so it can less afford the burden of obesity-related disease and dental disease on its taxpayer-funded health system.

“NZ Governments also have had good experience with the use of health-promoting taxes in the past. The annual tobacco tax increases from 2010 to January 2016 are at a world-leading level. There has also been use of revenue recycling (albeit at a modest level) from alcohol taxes into revenue for health promotion (to the former ALAC, now the Health Promotion Agency). Petrol taxes are also used to fund roading and ACC.

“We suspect that adopting a soft drink tax in NZ would be a wise move to consider and that the public would support it if the revenue was recycled into other interventions that benefited child health or wellbeing. Waiting for more ‘definitive evidence’ would probably not be wise given the likely costs to public health of further delays. Moreover, the government is currently supporting other obesity strategies with similar (or even less) supporting evidence, so why act differently now?

“Of course a soft drink tax is no panacea. It is one component, albeit an important component, of a package of policies to address obesity that signals ‘seriousness’ to industry and stimulates a change in product formulation … Mexico has introduced a wide suite of interventions that are anticipated to work together to reduce SSB consumption; including constrained sales of calorie-dense foods in schools, restricted airtime for junk food advertisements on children’s TV programmes, and a tax on packaged snacks.

“We consider that introducing a SSB tax could be an important component of a comprehensive government strategy to help fix the obesogenic environment in NZ and to also improve oral health for both children and adults. Such a tax could complement policies to restrict sales of calorie-dense foods in schools and to restrict junk food advertisements to children on all media as recommended in the ECHO Report. These measures would also help address health inequalities.

“… Recently, the NZ Government has claimed that the ‘evidence is not yet in’ for a tax on sugary drinks … Nevertheless, we suggest the recent evaluation of the Mexican sugary drink tax in the BMJ tips the scales; one would always like more evidence, but at some point the evidence is sufficient to act to protect public health. A recent report by the McKinsey Global Institute (9) on this issue concluded that an incomplete evidence base should be no barrier to action: ‘We should experiment with solutions and try them out rather than waiting for perfect proof of what works, especially in the many areas where interventions are low risk’. ”

“We are very concerned by New Zealand’s appallingly high rate of childhood obesity, the fourth highest in the world. In addition, every year more than 5000 children under 8 years old require general anaesthetic operations to remove rotten teeth. We applaud the government for making childhood obesity a national health priority, however, its action plan of 22 ‘soft’ strategies, which was launched last year with no extra funding, is not sufficient to change current trends. We urge you to implement a significant tax on sugary drinks as a core component of strengthened strategies to reduce childhood obesity and dental caries.

“Multiple authoritative bodies world-wide have reviewed the available evidence on sugary drinks taxes. They have concluded that such taxes are likely to be one of the most cost-effective interventions available and have recommended that they should be part of a comprehensive approach to reduce childhood obesity. The recent WHO Commission on Ending Childhood Obesity, co-chaired by Sir Peter Gluckman, the Prime Minister’s Chief Science Advisor, recommended a tax on sugary drinks as its number 2 recommendation …

“The sugary drinks companies, speaking through the Food and Grocery Council, are behaving exactly like the tobacco industry when faced with the prospect of effective policies aimed at reducing the consumption of their products. The arguments, which the industry lobby group repeats, aim to create doubt in the public’s mind and spook politicians into inaction. Fortunately, the public are not so easily confused and there is majority support for a sugary drinks tax (over 80% in Herald Poll last week).

“Cabinet Ministers should not allow industry tactics to frighten them off implementing cost-effective policies that could change current trends and help to create a legacy of declining obesity, diabetes and dental caries. The industry arguments are as readily refuted for sugary drinks as they were for tobacco.

“Dr Coleman (Health Minister) has rightly said on many occasions that there are no magic bullets for reducing childhood obesity. His statements mean that it is an untenable argument to wait for magic bullet evidence before acting. Indeed, the evidence supporting sugary drinks taxes is stronger than the evidence for any of the 22 strategies in the government’s existing plan. In addition, a sugary drinks tax would be expected to raise $30-$40 million which could be used to boost funding for obesity prevention programs …

“As a matter of urgency, we urge Cabinet to strengthen its plans to reduce childhood obesity and dental caries by introducing a 20% excise tax on sugary drinks in the forthcoming budget. The evidence, health professionals, and the public strongly support this measure, and current and future generations of New Zealand children will be the beneficiaries of this legacy.”

2. The Open Letter to Cabinet can be read here – http://bit.ly/1U3spm7 – with a full listing of the signers and an annex with links to supporting studies.