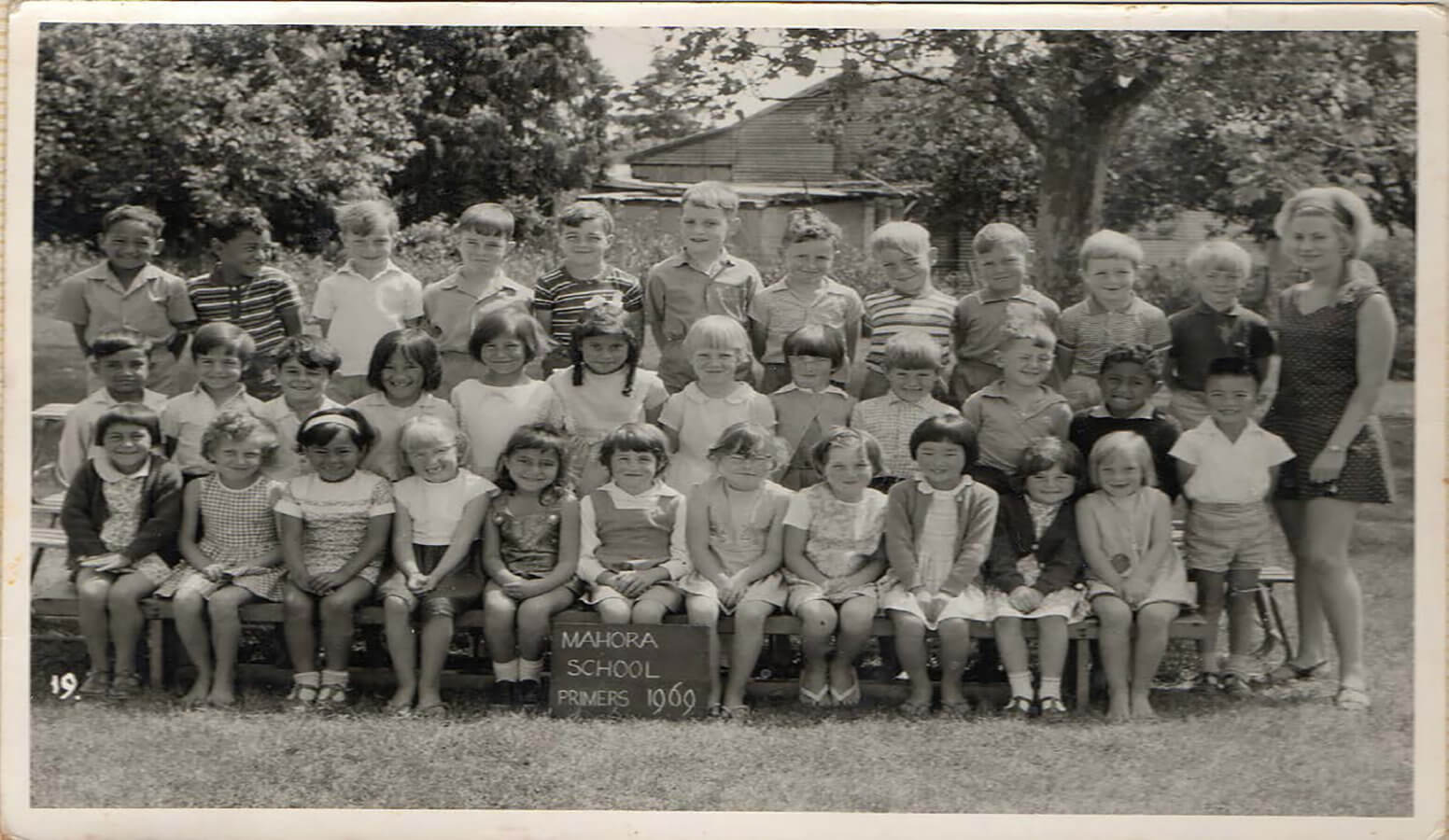 We Should be Smarter Now

I’m still surprised to find myself back in Hawke’s Bay. Maybe for the rest of my life.

I am bred, not born here. My family comes from ‘up North’, but my earliest memories are of growing up across from Cornwall Park in Tomoana Road (Hastings). I had a wonderful adolescence at Awarua Crescent (Havelock North), my family living at that time in one of John Scott’s early ‘Group Houses’.

Next came Auckland and uni, which was mostly free in those days, positively spoilt compared to now. From this time on, only returning to the Bay for visits of shorter and shorter duration … until now, thirty years on, back again.

My reasons for rejoining this community are several: my parents, one of my siblings and friends of longstanding are here; the madness that Auckland has become is no longer doable. Hawke’s Bay has cast a spell that makes me want to linger now. I’m living on the coast – it takes a lot of beating.

The intervening years could be described as diverse. I worked for firms in Queensland after graduating. I became a ‘cruising yachty’ on ‘The Coral Coast’ (a great life). I lived and worked on Fraser Island, built film sets on the Gold Coast. Twenty years across the Tasman sped past. The homecoming in 2009 was momentous. I work remotely from Auckland at present.

Hawke’s Bay in my childhood was unequivocally the ‘Fruit Bowl’. If asked what Hawke’s Bay produced I would have said ‘apples’. The Bay was pretty grounded back then. Buying vegetables from roadside stalls is an early memory. There were trips to ‘the dump’, past the new subdivision of Flaxmere. On these car journeys we could legally choose to wear seat belts or not. The dump was strategically situated over the artesian water supply. 245T and other noxious poisons were dumped with impunity in this era… to then seep down through the gravels into the water below.

School holidays were spent at Ocean Beach. The ubiquitous floral print dresses and khaki shorts made holidays classless. Everyone drove a Ford, Holden, or some variety of British car. There were no ‘McMansions’, only baches. They were then as they are now – quirkily built structures with oddly proportioned rooms.

The sense of being transported back to the past is acute when I’m at Ocean Beach. It has the same feel now as it did then. The juddery ‘new bridge’ (circa 1970?)… and then the baches; do they possess heritage value? I say ‘yes!’

My childhood and its particulars are so far removed from the present they are Dickensian. The Mahora shops: there was the grocer behind his counter taking down jars and unscrewing their lids as my mother consults her list. Then weighing these items on a set of scales using pounds and ounces. “That’ll be so many shillings and pennies Mrs. Robertson.” Most likely next will be the butchers shop across the road with sawdust on the floor. I have this lifelong impression of butchers as cheerful people.

The bookshop in Mahora was my favourite destination. It was a toyshop as well. Here I collected my ‘Look and Learn’, and bought Airfix models. I was a lucky kid born in a lucky time.

The sweetshop and ice creamery in Mahora comes to mind too, with its painted polystyrene Peter Pan themed wall composition. ‘Peanut-slabs’, ‘gold medals’, ‘aniseed wheels’, ‘liquorice-straps’ would all ensure a rich store of painful memories from future visits to the ‘murder-house’ (the dental clinic at Mahora primary school).

The fruit and veg shop on the corner adjacent the sweet shop was owned by folk from somewhere in ‘Asia’. So much of the vegetable production in Hawke’s Bay was done by folk like these. A tortured part of ‘Asia’ we were aware of was Vietnam. Its war and brutal reportage played out shockingly in black and white on our screens at dinner-time.

We understood how normality could dissolve into a waking bad dream in an instant. Visits to the Napier museum instructed us that a seemingly normal day could be overtaken by events of biblical proportions. The ground coming rippling towards you. Big splits opening in it. Cars being swallowed. Buildings coming down around your ears. Land heaving up out of the sea. The citizenry is then left to deal with the smell of decomposing sea-life, their personal inconvenience and collective tragedy.

The tremors and occasional jolts of the Bay’s seismology reminded us that it was all, after all, only in a restless sleep. The profile of Te Mata Peak was food for thought: “Stay sleeping giant!”

Overall we were fairly upbeat. The above and belowground rivers flowed, the sundrenched plain produced… and how! Wattie’s canned. The Works slaughtered. Life seemed pretty good. Even winter days with icy starts were followed by hours of enchantment under an improbably blue sky. The encircling ranges with snow on them could hold their own against scenery anywhere.

The hermit kingdom of Hawke’s Bay. To my astonishment after leaving I would encounter people who had never been to the centre of my universe. We’re on a sticky-outy bit of Maui’s fish. If your errand is to Wellington or further south, travelling from most places you are not going via Hawke’s Bay.

What has this produced? The Bay has always had a strong sense of self and regional identity. There is snobbery here and always has been. The Bay tends to be a bit selfreferencing and a bit secretive. How the land was initially acquired is not much discussed and little understood.

The changing face of Hawke’s Bay: the carpeting of grapes, the proliferation of olives. There is a greater degree of sophistication here now. Just having left school I worked for Murray Jones as a kitchen hand at the Village Restaurant in its very early days. In retrospect I believe Murray cast a spell that ushered in a new era.

Are we ‘Tuscany’, a la Aotearoa…? I think closer to the mark is ‘Hobbitton’. We are blessed with so many natural attributes, that as locals, we are understandably a little complacent, because this is our ‘normal’. We are a bit inward looking – the world and its affairs are someplace else, away over the horizon, where the cruise ships come from. We are mostly happy, prone to contentment.

I believe the future of the Bay is bright. There is too much in our favour for it not to be so.

The stalled regional development caused by Auckland will inevitably be resolved when that place just can’t hold anymore. The dam will break, and the influx from elsewhere will flow out over the rest of New Zealand – with all that’s good and bad about that. 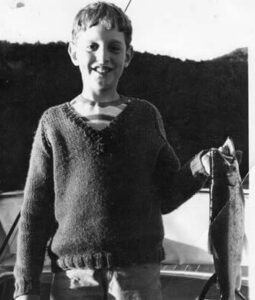 We are seeing this already. I seriously question sending our precious artesian water over to China. Natural resources are best utilized to add value, to products we create, surely? The possibility of making the Tukituki more water-deprived and slimy in summer, by damming it, feels misguided. And the idea of fracking here seems patently absurd.

These are contentious opinions of mine no doubt, but it is water that flows in Hawke’s Bay’s arteries, and this very water that keeps our collective heart beating.

The essence of the Bay is its perfect fusion of silty soils and abundant water. The unintentional attempt to poison us all by siting the dump over the artesian supply failed when I was a kid.

We should be smarter now, and empowering ourselves not to jeopardize the prosperity that water brings. Nor compromise the aesthetic delight it provides us with, gratis, on a daily basis, whether crossing one of our numerous bridges, engaging actively with it by swimming, walking, cycling or fishing; or maybe just relaxing in the shade on a riverbank, during a baking hot day.