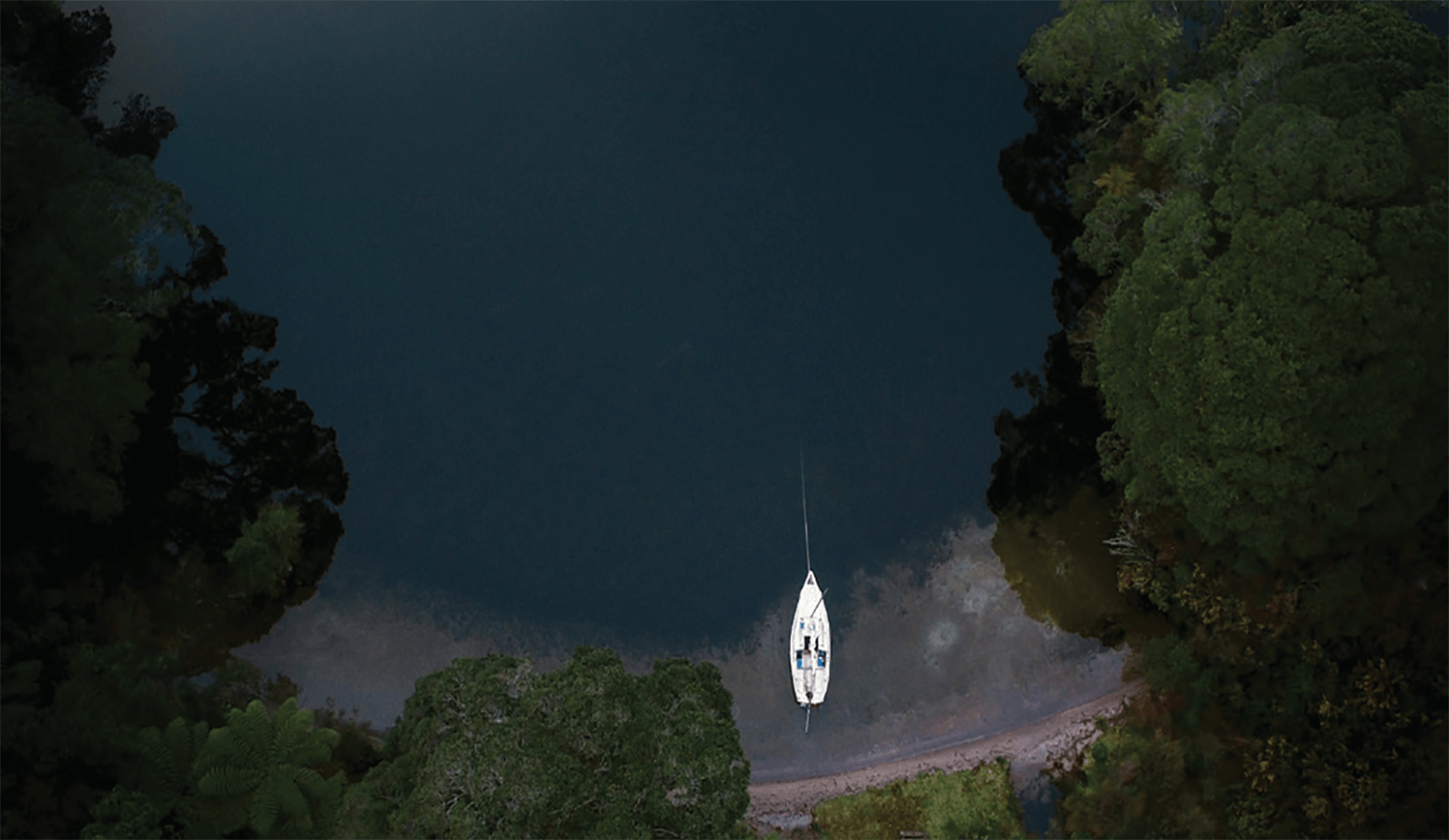 For some people, a ‘drone’ is a male bee. For others, it could be a military weapon, or something from a console combat game. But increasingly, it conjures up images of people standing in a field with quadcopters and remote controls looking towards the sky?

In Hawke’s Bay, our preeminent ‘drone man’ is Tim Whittaker.

“I have always loved things that fly! Planes, hot air balloons, paragliders…”, he paused. “But, never remote control models. When it came to them, I had a complete lack of experience,” said Tim Whittaker, one of Hawke’s Bay’s most versatile photographers. Looking at me with a smile, he continued, “Really, my relationship with drones was born out of frustration more than anything else!”

The drone. Or, is it a drone? There seems to be some confusion about the difference between a ‘drone’ and an ‘Unmanned Aerial Vehicle (UAV)’. Whittaker commented, “Many professionals in the field consider the word ‘drone’ as inaccurate and can get quite passionate about it! In my opinion a ‘drone’ is really a fixed-wing, whilst a UAV is a multirotor”.

Tim’s extensive work in real estate and architectural photography had often left him longing for the ability to “get up high”. A perfectionist by nature, he recalled, “So many times I would be out on a shoot and I would wish … If only I could get to the top of that tree, or climb that rock, or stand several metres above, then I could get the perfect angle, the perfect shot.”

Around six or seven years ago a possible answer to his frustrations presented itself. Whittaker saw a YouTube clip which featured a man hand-building a multirotor. Immediately he saw the potential in such technology. “This technology could solve the perfect angle problem, as well as being really cool!” Little did Tim know at the time, but this first clip of a multirotor would lead him on a path of technological discovery, learning curves, new openings, and large expenditure!

This was the early days of civilian or hobbyist UAVs. “Literally,” he commented, “they were like meccano sets! Very difficult to fly and unreliable. They would simply fall out of the sky! It was money going down the drain. I was beginning to think it was a great concept, but getting decent results was going to be hugely challenging and very costly”. Just as Tim was about to give up, a Chinese technology company, DJI, manufactured the first commercially successful UAV. In 2015, DJI was considered by the Economist to be “the leading light in the industry.”

This new area of purpose-designed UAV kit sets were much more reliable and easier to use than their meccano predecessors. They had GPS which meant they were easier to fly and held their position. However, despite this encouraging leap forward, there were still glitches. “The building of the kits was easy, but I still needed to take great photographs! The camera was fi xed on the UAV, I simply pointed the machine in a direction and hoped for the best! The camera took an image every two seconds, and if there was wind…!” Tim shook his head. “How could I possibly get control of the camera whilst it was in the sky?”

As with all technology things seem to move along pretty fast. With the growing demand and interest in UAVs around the globe for use in a professional capacity, better designs were beginning to emerge.

The breakthrough which gave Tim freedom to focus on his photography was the ‘three axis gimbal’. A gimbal can be used to describe any adjustable camera or compass holder designed to keep a device level (think of your cell phone, the screen corrects itself as you move the phone horizontally or vertically). The gimbal guaranteed the stabilization of the camera on the UAV. In addition to this, the camera could now be adjusted in all directions. “A whole new realm of photography suddenly opened up to me! In optimum conditions the camera was pixel perfect with unbelievable stability.” 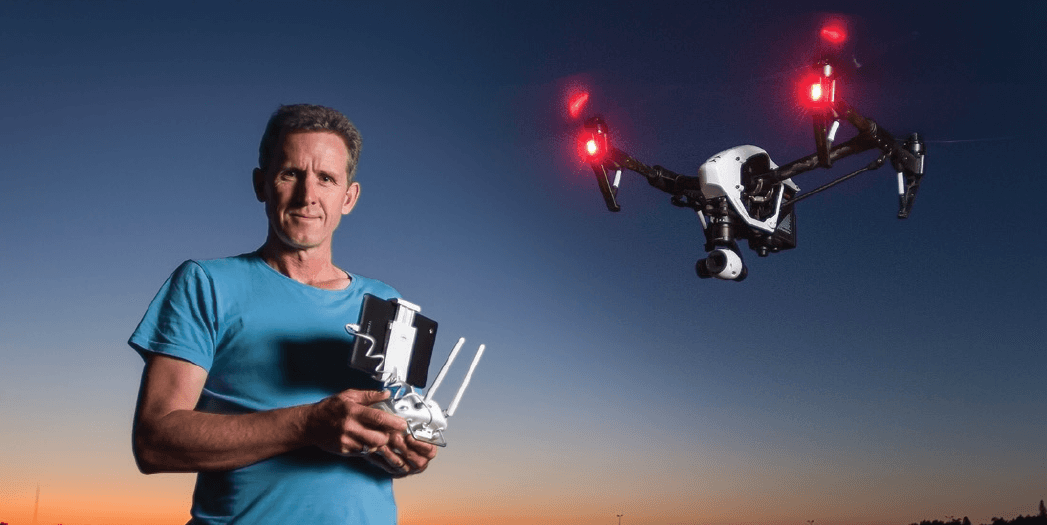 The next wave of technological advancement that really gave UAVs the edge was a video downlink. Tim commented excitedly, “The video downlink was great. I could now see what the camera was seeing! Suddenly, this machine became a really useable platform, the effects were great. It was then I decided I could use it commercially. It could generate video, stills and 360 degree photographs.” Now, over six years, Tim has become a highly competent operator. He modestly says, “It’s now just another piece of equipment in my photography bag!”

The increased technical progress in UAVs could be seen as a blessing or a curse. UAVs are now easier to use, relatively lightweight, and easier to come by. A hobbyist can purchase a UAV with GPS and a three axis gimbal for approximately US$1000. The industry is predicted to turn over US$5 billion in 2021. With this kind of development and a growing number of users, the Civil Aviation Authority (CAA) upgraded existing rules in August 2015 to protect public safety. All users of UAVs must operate under the basic 101 regulations. The new rules place stringent instructions on where an operator can fl y their UAV without gaining prior permission. The operator must seek permission from an individual, a land owner, or the local authority.

Tim’s expertise and ‘eye’ for the best shot was being utilised in many commercial sectors. But the new rules brought a lack of flexibility and Tim started to encounter frustrating difficulties with access in and around private property. The nightmare of not getting the best angle was beginning to resurface. “I had no choice, I had to apply for the Part 102 Unmanned Operator Certification,” he said. The 102 certification is based on the potential risks of the operation that the applicant wants to do. The applicant must demonstrate that they have identified all the hazards of their operation and how to mitigate them. Once certified, the operator would be able to take full advantage of the wide scope of operations made possible with a UAV, without seeking prior permission. 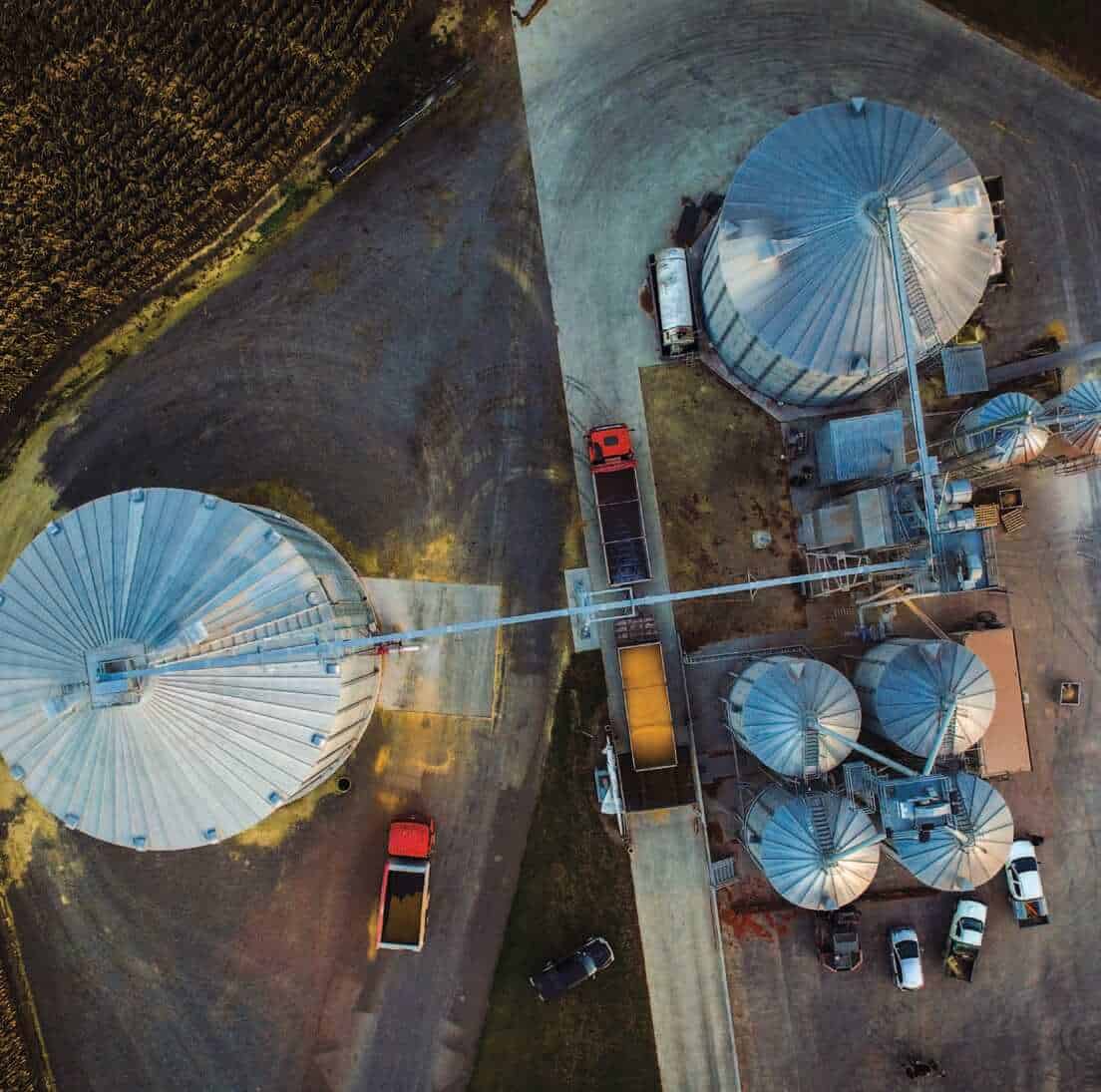 Whittaker had to jump through hoops. “Another $5000! And the forms! I was totally out of my comfort zone! I even had two people from Wellington come and interview me. It took months!” Tim persisted and ticked all the boxes and is now one of forty people in New Zealand who have been issued with a 102 Certificate. “It’s worth having,” he commented. “Most authorities want certified operators.”

This additional string to Tim’s bow has opened new pathways of opportunity. Tim remarked, “The aerial view gained from UAVs can be advantageous in many situations. I have recently been working with the police. There is a plethora of uses! Crime scene photography, serious crash photograph, videography, and surveillance. I have also been involved with the Armed Off enders Squad in training operations.”

The benefit of having a 400 metre line of sight means the UAV can also be used in Civil Defence scenarios, and Search and Rescue. “The UAV can be used as a lifeline for stranded or injured people. It can deliver small items such as a phone or first aid supplies, and give the rescuers a greater idea where the person is and what condition they are in,” he said.

The UAV has become a valuable piece of equipment in disaster relief operations. It can be used in the ‘first response’ to classify the severity of the damage. The advantage of having something that flies, with a good operator behind it, enables Urban Search and Rescue (USAR) to form a quick overview of the most affected areas, as frequently roads will be blocked from fallen rubble or flooding, and find trapped victims who are still alive. The rescuers can then be sent in to help with very precise directions, saving valuable time and resources.

Not sitting back on his laurels, Tim is already looking to the future. “I am interested in ‘forward looking infrared camera’ which can be used in many situations such as search and rescue, and agriculture. I am also interested in three dimensional mapping. Five hundred images can be stitched together and create a highly detailed three- dimensional map.”

Hawke’s Bay is blessed with very talented photographers. But Tim and his UAV have altered the way we see Hawke’s Bay. He has redefi ned the way we see this region by looking at it from above. The images he has produced show the region from a new perspective in all its beauty. He has captured nature at its fi nest, and at its most wild. What future technology has in store for Tim, who knows? But it probably involves looking up! 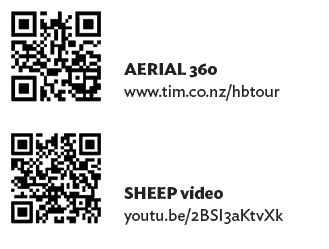