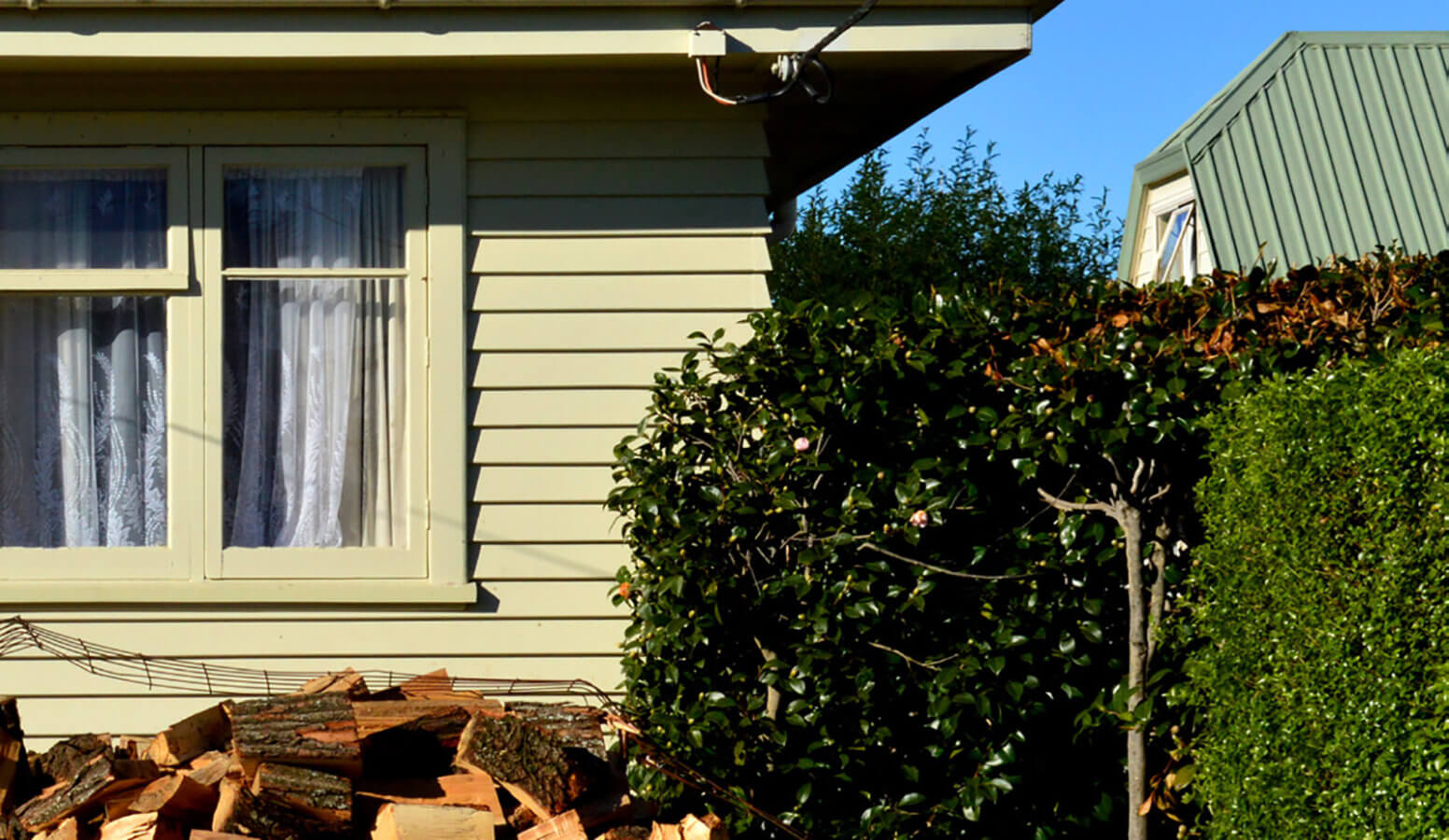 Winter has finally arrived. Time to pull out those jumpers from the bottom draw, dig out the beanies, and find that odd glove that managed to escape you at the end of last winter. Getting cosy around the fire is something we folk in Hawke’s Bay all look forward to.

Unfortunately, this time of year brings its own smoke-filled legacy. Words such as ‘emissions’, ‘ambient air quality ’, ‘PM 10’, and ‘respiratory illness’ start hitting the headlines.

PM 10 is a complex mixture of solid and liquid particles suspended in the air. Some of these particles are visible, such as chimney smoke, whilst others are so small that they cannot be seen by the naked eye. Dr Kathleen Kozyniak (HBRC Air Quality Scientist) explains: “A PM 10 particle is one-fifth of the dimeter of a human hair. The particles come from both anthropogenic (human caused) and natural sources. Human sources include the burning of wood, coal, petrol, diesel, and oil in domestic fires, open burning, motor vehicles, and industrial processes. Natural sources include sea spray, pollen, dust, volcanic activity and liquefaction dust.”

In 2012 an updated version of the initial HAPINZ study was produced. The data available was significantly improved due to an increased understanding of air pollution, and air quality monitoring across most urban areas throughout New Zealand. Improved air quality monitoring was largely attributed to the introduction of a National Environmental Standards for Air Quality (NES) for PM 10 in 2005. Our regional council is responsible for ensuring this standard is met in Hawke’s Bay. 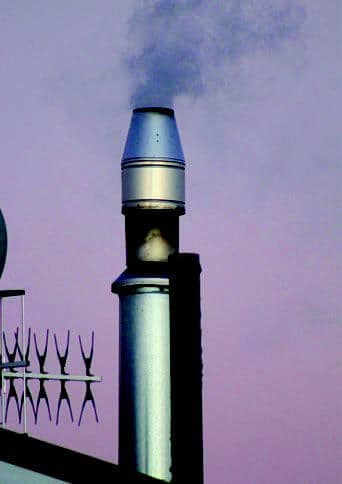 The 2012 HAPINZ study reported that the primary health impact from exposure to PM 10 was 2,300 premature deaths in adults and babies. Half of these deaths were associated with anthropogenic (human-caused) sources of PM 10. In addition to this, 607 extra hospital admissions for respiratory and cardiac illness, and 1.49 million restricted activity days, were attributed to anthropogenic sources of PM 10.

Dr Nicholas Jones (Chief Medical Officer of Health, DHB) warns: “Ambient air pollution is a major environmental health problem and it’s important levels are reduced. The main source of PM 10 emissions in most urban areas is from domestic fires. PM 10 affects more people than any other pollutant, the most damaging particles are those less than PM 10 in size. It is these particles that penetrate and lodge themselves deep into the lungs. This type of pollution has health impacts even at very low concentrations. Chronic exposure to these particles not only exacerbates existing respiratory and cardiac disease, but increases the risks of people developing these types of diseases. The most vulnerable groups of people include the elderly, young children, individuals with a pre-existing heart or lung disease, and people with respiratory conditions. Studies have also shown that unborn babies are at risk, as PM particles can effect lung development”.

The National Standard set an ambient air quality concentration limit for PM 10 of 50mg/m3 over a 24 hour period. Air quality management areas known as ‘airsheds’ are designated by regional councils and are areas where levels of pollution are known or likely to exceed the NES. Permissible exceedances of no more than one day of the year (i.e., one 24 hour period in 12 months) by September 2016 has been set for the urban Napier airshed. Due to differing conditions, the urban Hastings airshed has till 2020 to reach only one exceedance per year, with an allowance of three exceedances in the interim.

These limits were based on 2005 World Health Organisation guidelines indicating that a reduction in PM 10 concentrations could potentially decrease air pollution-related deaths by approximately 15%. Jones comments: “50mg/m3 is not a ‘magic’ number. Currently there is no known ‘safe’ level at which PM 10 does not impact health. It’s is a very complex science determining the relationship between ambient air quality and poor health, there are many interrelated factors. It is good to keep working on getting the levels as low as possible”.

Hastings experienced its first exceedance this year over Queens Birthday weekend. The average level of PM 10 measured at the St John’s air quality monitor site over a 24 hour period was 55mg/m3. As of 20 June, with winter just beginning, St John’s Hastings has had four exceedances.

As with complex factors that determine health, there are environmental interactions that determine air quality. Kozyniak explains: “Once pollutants are emitted into the air, weather and topography play a large role into how they are dispersed. It really depends on how well the air is mixing. When conditions are very still, clear, cold, with low winds – described as ‘stable’, there is very little mixing. This lack of mixing occurs when the air closest to ground level is cooler than the air above, this is known as a ‘temperature inversion’. The cooler air is heavier and will not mix with the air above. Any pollutants released near the surface will get trapped, it’s noticeable by a low layer of smoky air. It’s in these conditions where exceedances are most likely.”

In order to improve air quality across the region and meet the National Air Quality standards HBRC introduced the Heatsmart programme. This programme aims to help phase out non-compliant domestic fires, which are the main contributors to poor air quality. The use of open fires has been banned since the beginning of 2012, and due to new standards around the clean burning of fuel, wood burners installed before 2005 are illegal to use.

Heatsmart provides ratepayers with grants, loans, and advice on how to remove their old fires and replace them with clean, efficient heating, and insulation retrofits. “We have real reason to celebrate!” says Mark Heaney, HBRC’s Heatsmart manager. “HBRC’s Heatsmart scheme has helped just over 8,500 ratepayers to afford clean and efficient heating that will improve air quality for us all. There’s more to do, approximately 4,000, to safely reach the government targets for clean air by 2020.”

A new study from the University of Otago found that retrofitting insulation to the current 2008 standards in existing housing reduced the number of children visiting hospital by 9%. The numbers of children visiting hospital that lived in private rental housing was reduced by 19%. This is largely attributed to the highly successful Warm up NZ programme. But with the discontinuation of this campaign, due to end June 2016, it’s feared many people will continue to live in cold homes.

In June, the Minister of Building and Housing Nick Smith announced minor improvements to the changes proposed for the Residential Tenancies Act. In regards to insulation, improvements will only apply to rental properties without any insulation, or homes with insulation in poor condition. Insulation will have to meet the 2008 Building Code Standard. This will leave a vast amount of the rental stock at the insufficient 1978 standard. Dr Jones says: “It’s certainly a step in the right direction, but I worry it does not go far enough. We need to take a unified approach to getting all homes healthier. Good heating, insulation, and ventilation are all required to ensure the occupants stay healthy. Educating people on how to keep their homes warm and dry is also critical.”

The 2016 budget has provided a further $36 million to insulate the homes of the most ‘at risk’ occupants. Heaney comments: “Hawke’s Bay has, and will continue to take advantage of available government funding for insulation. It will be awarded on a first come, first served basis! Out of 67 local authorities we have had the 6th highest uptake nationally with 13,000 (26% in Napier and Hastings) improving their homes, of these 2,635 have also used the HBRC Heatsmart funding scheme.”

Despite great efforts from the HBRC Heatsmart team, and the encouraging uptake of the scheme from Hawke’s Bay residents, there is a still proportion of the community that continue to use non-compliant domestic fires. There is a rising concern regarding inequity between those who have made the required changes, and those who have not.

Heaney notes: “As the programme moves into the second half, the issue of regulation and compliance is going to become more important. Enforcement of the air rules is problematic as we have no legal power of entry into dwellings to physically check compliance. Over the coming months HBRC will be writing to some 3,000 properties in the most polluted airsheds to try and encourage the removal of non-compliant fires.”

The letters will ask property owners to indicate what the current heating status of the house is. Says Heaney: “It does not mean people have not replaced their fires; it may well be that we simply do not have a record of it. This information will provide us with a detailed map of locations that still need assistance with replacing their non-complaint fires. As the map becomes more detailed we will eventually be able to narrow down the properties with old fires. If people continue to use these fires HBRC will be forced to issue infringement fines.”

The Otago study showed that 25% of New Zealanders experience fuel poverty, or are unable to afford adequate energy and electricity for their household. Alarmingly, 4.6% of single parents with children reported using no heating. Jones remarks: “There really is every reason to celebrate the success of the Heatsmart programme. However, ‘with every action there is an equal and opposite reaction’. We have to try and mitigate the risks already vulnerable people may be exposed to, from removing their only heat source. It’s a complex situation.”

If you have replaced your fire with a shiny new one, well done! But if you’re a slumlord, consigning tenants to unhealthy, poorly heated living conditions, shame on you! When you go into houses where every bedroom has a dehumidifier, mould on the walls, mattresses on the floor and an obvious feeling of damp and cold in the air, you can’t but be affected. Yes, this is happening in Hawkes Bay! These people do not have the choices that others have. Some landlords take advantage of this situation – it’s called desperation. You can only wonder what these people have to endure on a daily basis. What are the long term physical and mental health issues that result? These impacts surely spill into our community.

The Tenancy Services states, “Landlords should consider how tenants can heat and ventilate the house. Landlords do not need to provide heating in every room but they do need to provide a form of heating in any living room. In addition to this they must ensure the house has enough power points for the tenants to plug in their own heaters.” There are no heating standards in which landlords must meet, and no repercussions if the heating is inadequate and results in poor health.

Whatever your wood burning system – and we do hope it’s compliant with standards – it is vital to remember that clean air is only kept clean when you burn clean fuel.

Heaney wraps it up: “Education about how to get the best from your heating is important. Just having a compliant fire is not enough; it’s what and how you burn that has a big impact on air quality. Dry fuel and no smoke makes all the difference. If you try to burn fuel with more than 25% moisture content, you are wasting money. If your chimney is smoking, you’re wasting money and polluting our environment. Nobody should have to put up with inconsiderate burning, but before finger pointing, check and make sure your chimney isn’t causing a nuisance to others.”