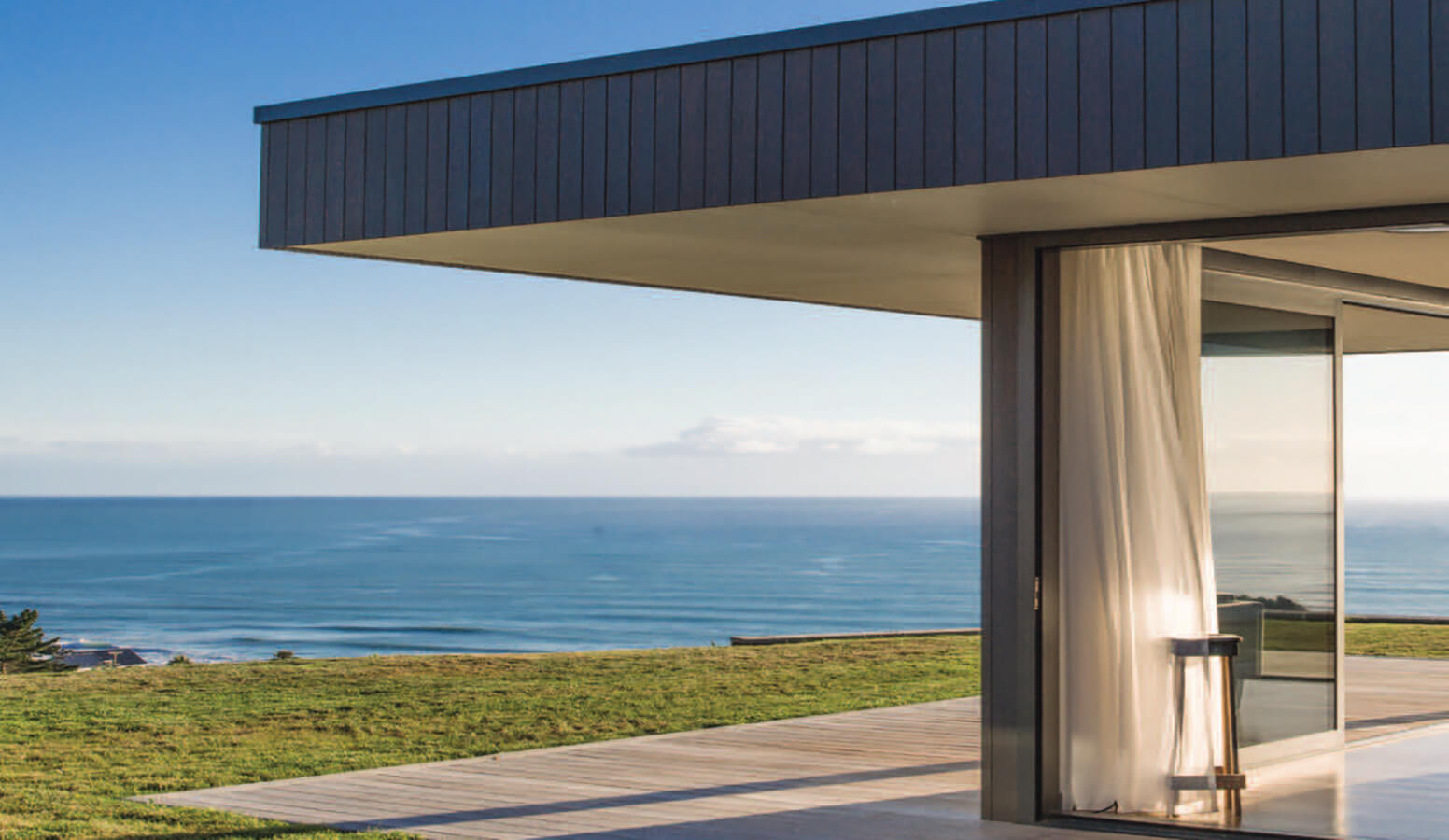 Through the Lens: a view of the Bay’s latest architectural awards.

In 1931 when the worst natural disaster in New Zealand brought Napier to its knees, few realised the city would rise again to become the jewel in the architectural crown of Hawke’s Bay.

Acknowledged for its superb Art Deco and Modernist style the region today still holds its own despite the fact that less than five percent of buildings in the country are designed by architects.

Much of that continuing hold is due to events such as the NZIA Architecture Awards drawn from a pool of local regional awards which honour quality new architecture at a community level. 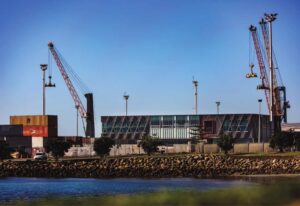 This year the scope of submitted projects for the Gisborne/Hawke’s Bay Architecture Awards 2016 was, according to the judging panel, “inspirational – exemplary in the response to a range of cultural, heritage and environmental conditions”. And proof that architects need a wide range of skills in mediation, collaboration and project management to pull together disparate strands of commercial and environmental imperatives to reach a successful conclusion.

Portraying the structural beauty of architecture in its many forms is an art in itself. Ask photographer Richard Brimer who as a Bay local also has a global reputation for his lens prowess with published work throughout the world as proof. His appreciation for the architecture in Hawke’s Bay – garnered from years of experience – is wide-ranging.

The Port is one example. “It fits so well into the landscape from an industrial perspective – it does in fact look like one big container. As it is now not only the mainstay of the commercial aspect of shipping, but also a ‘must’ for cruise liners, it accommodates all needs both inside and out (the workspaces are superb) in a contemporary style – yet is in perfect harmony with its site.” He attributes such an achievement to the wide ranging skills of Paris Magdalinos Architects who received three citations in the awards and “who have an acute awareness of the environment in particular”. 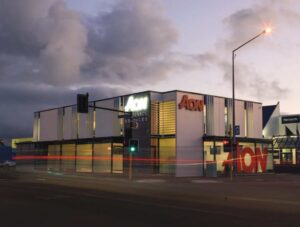 Richard photographed the award-winning Aon Building (Commercial) in Hastings, “which was originally a panel beaters’ workshop”. The fact that Matz Architects have brought it to a modernist conclusion that revives the street edge is admirable, “but they have also presented a stunning interior with woodwork and joinery which provide a beautiful use of space and a wonderful foyer”. A true example of how a community’s spirits can be uplifted through visual and environmental enhancement.

He also loves the Nicol family home which won an award for Housing. Designed by architect Simon Clarkson, for whom he has nothing but praise, he explains why. “He has a great understanding of space utilisation and this house is a beautiful example of how he has broken it up into areas which allow for both privacy and communal living. Unassuming – much like his character. He really listens and communicates with his clients and is able to interpret perfectly their needs into places which sit lightly on the land yet provide for flawless function. His buildings are low tech but elegant with a real awareness of the architectural landscape.” 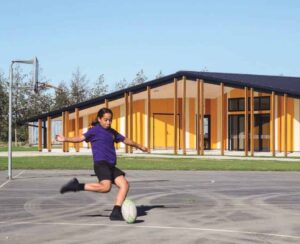 RTA Studio’s Te Kura Kaupapa Māori o Ngāti Kahungunu o Te Wairoa was cited (Education) for its significant cultural and environmental elements, which have produced a physical form of great finesse. A Māori immersion school, it drew upon the young to help with the design process, including advice on the building’s primary colours.

Patrick Reynolds, recognised as one of New Zealand’s foremost architectural photographers, who also has a great bond with the Bay, commented that “it is a wonderful building and transformative for the community.”

Which, being the aim of the NZIA Local Architecture Awards, pretty well sums it up as a very successful 2016 for the Bay’s landscape. 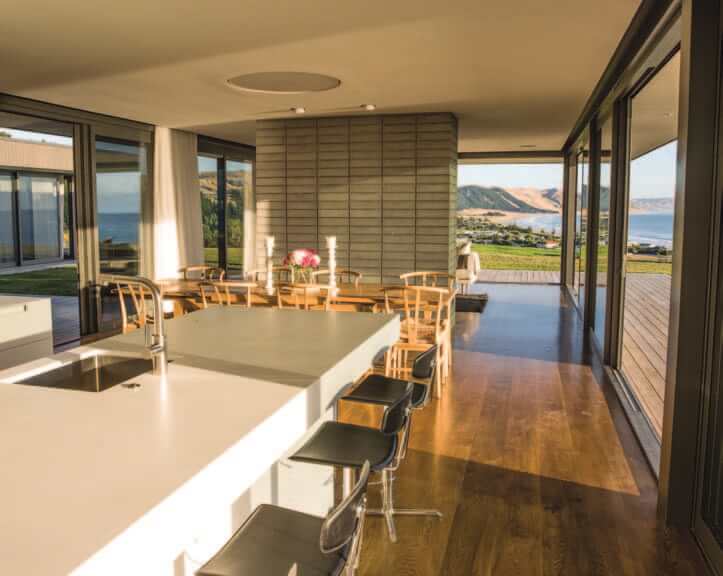