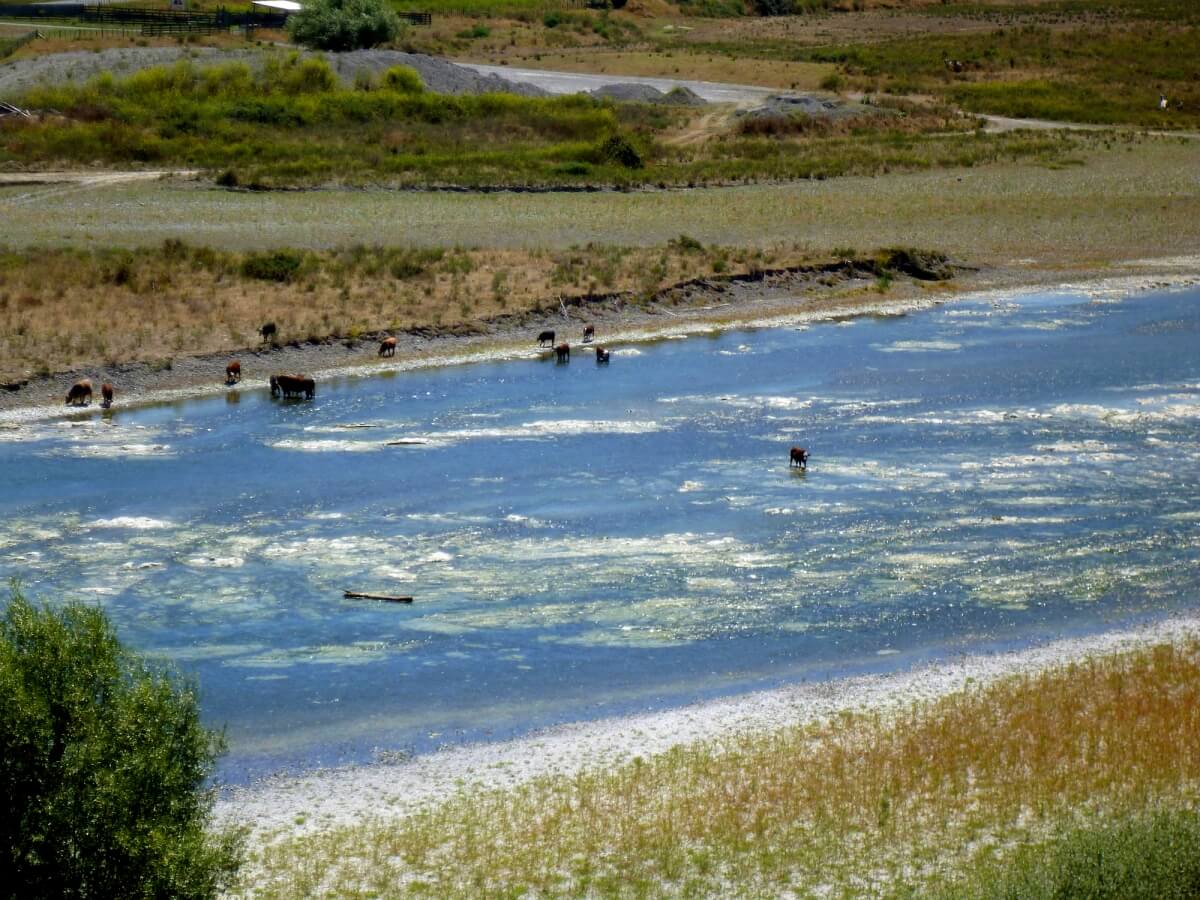 Tukituki NOT in the clear

Monday the Regional Council staff put out a press release titled ‘Tukituki in the clear’, indicating that the most recent analysis of groundwater from HBRC-monitored bores around the contaminated Havelock North aquifer (the Te Mata aquifer) sampled last week by HBRC showed no abnormal presence of e.coli.

As incredible as it may be, the same day (and Tuesday) I photographed cows grazing along the banks of the Tuki just a few kilometres from the Brookvale area where the HDC drinking water bores are. I also on Tuesday received an email from a landowner who had recently observed at least 30 cows in the river further upstream near the Patangata Bridge.

Let me deal with  each of these in turn.

The headline of the HBRC release was unfortunate and misleading. It might have given the impression that the Tukituki had somehow been determined to have no relationship with the Te Mata aquifer and any contaminants that might be found in it — past, present or future. But that’s clearly not the case.

In fact, it’s established by the experts that the Tukituki does indeed help recharge that aquifer. And so any contaminants in the river will infiltrate into the aquifer. What is not known is the full extent to which this has happened or will happen in the future, at what rate infiltration occurs, and under what conditions (such as after major rainfall events).

Measurements taken after the fact, as were the samples just analysed by HBRC, will do little if anything to establish causality of the recent gastro outbreak. But ongoing and more frequent monitoring and testing is essential to provide more knowledge on exactly what the interaction is between the surface water of the Tuki and the aquifer(s) it helps feed.

Obviously this raises questions about the contaminants that are already routinely in the Tuki, let alone how these will increase if a dam is built that enables more intensified farming in the Tukituki catchment, including more dairying and sheep and beef farming. The levels of contaminants will surely rise, suggesting that — at the very minimum — a major re-think will need to occur regarding what constitutes safe management of the aquifers providing drinking water to Havelock North.

So sorry, the Tukituki is NOT in the clear in its present state, let alone a worse future condition.

If there’s anything that drives home more starkly the fact that the Tuki has been allowed to serve as an ready drain for certain farmers, one need not look further than the cows who are presently grazing along its unprotected banks — yes, ‘presently’ as in this week, while Havelock North is still reeling from water-borne infection!

See the photos below. Sorry about the top image (taken Monday); I just had my phone camera and it was cloudy. The clearer bottom photo shows a typical summer bathing scene at the same location below the Red Bridge. 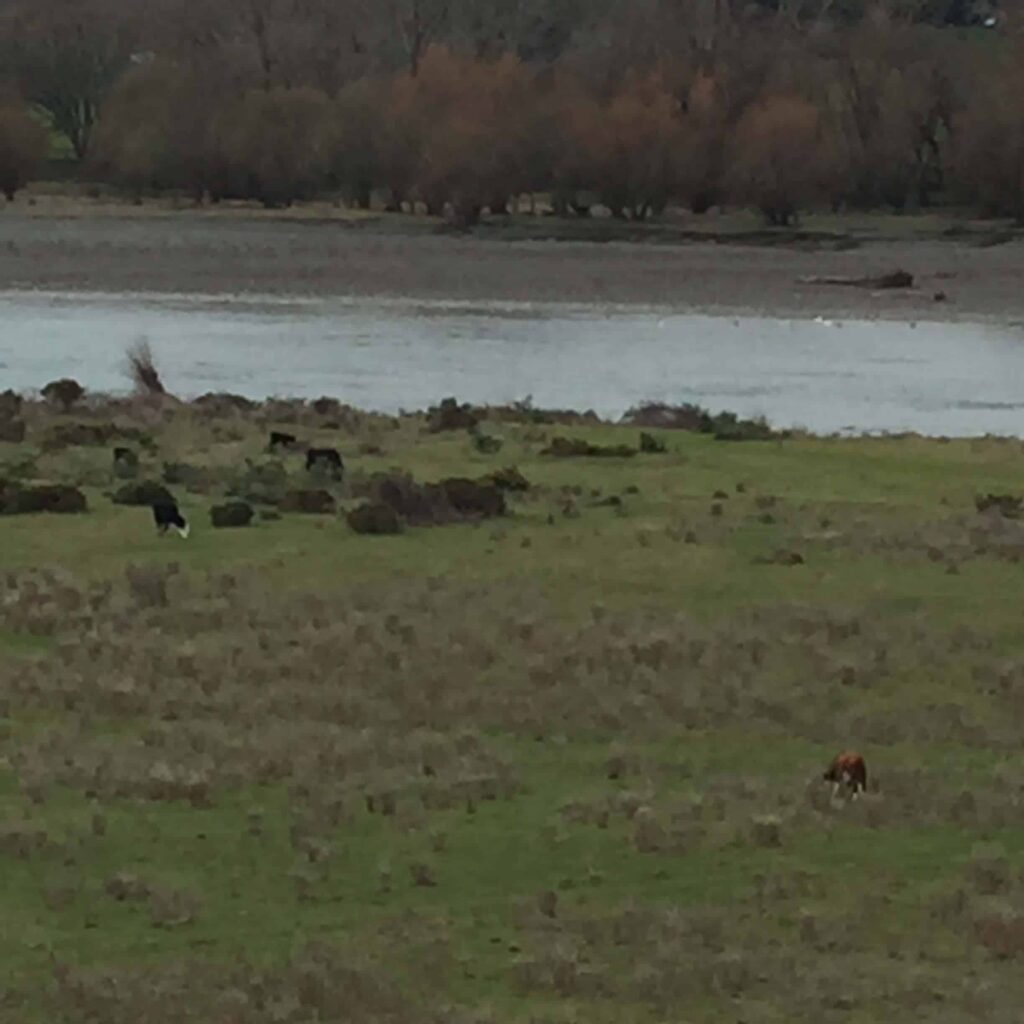 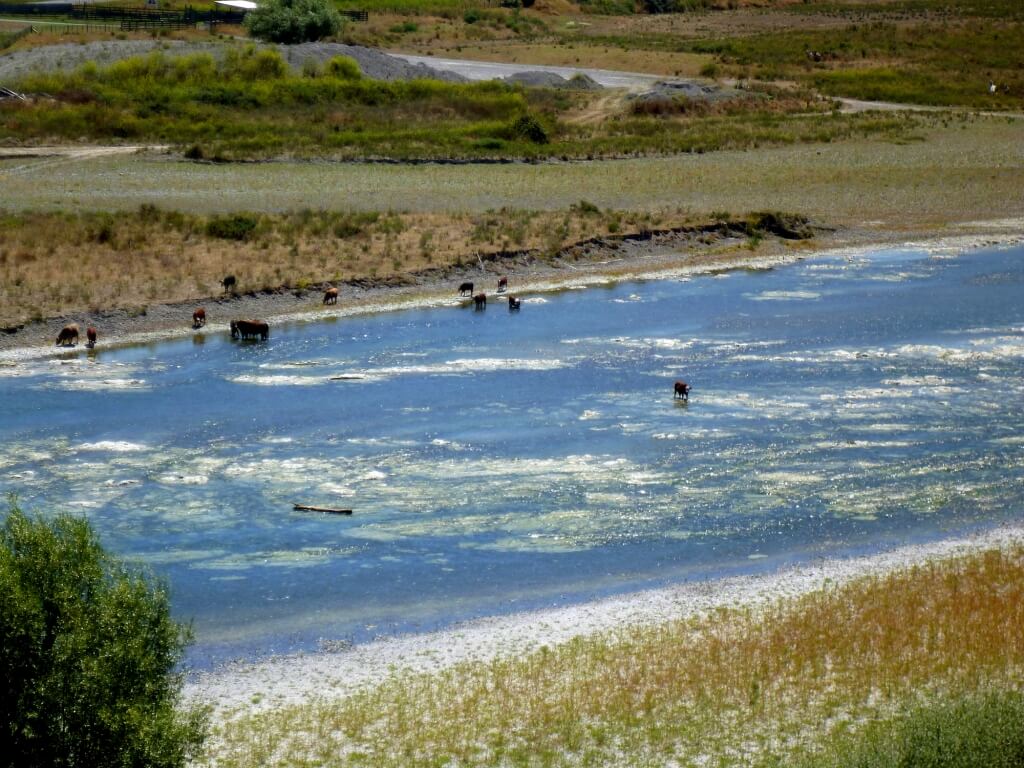 The practice is presently legal, until the new Plan Change 6 takes effect in 2018 and riparian fencing is required.

How do you feel about that, people of Havelock North?! Only two more years until the Tukituki is better protected.

I’ve been campaigning against this situation for nearly ten years. I’m opposing the dam because I believe it will lead to further degradation of the Tuki.

If regional councillors Belford, Beaven, Barker and Graham had been in charge over the past three years, we would have moved heaven and earth to secure speedier and more effective protection of the Tukituki … and through that, better protection of the aquifers it recharges.

But we haven’t been in charge. Maybe that will change in October.

P.S. And don’t get me started on the CHB poo ponds that overflow into the Tuki, still not compliant ten years after stiffer standards were ordered by the Environment Court.

19 responses to “Tukituki NOT in the clear”