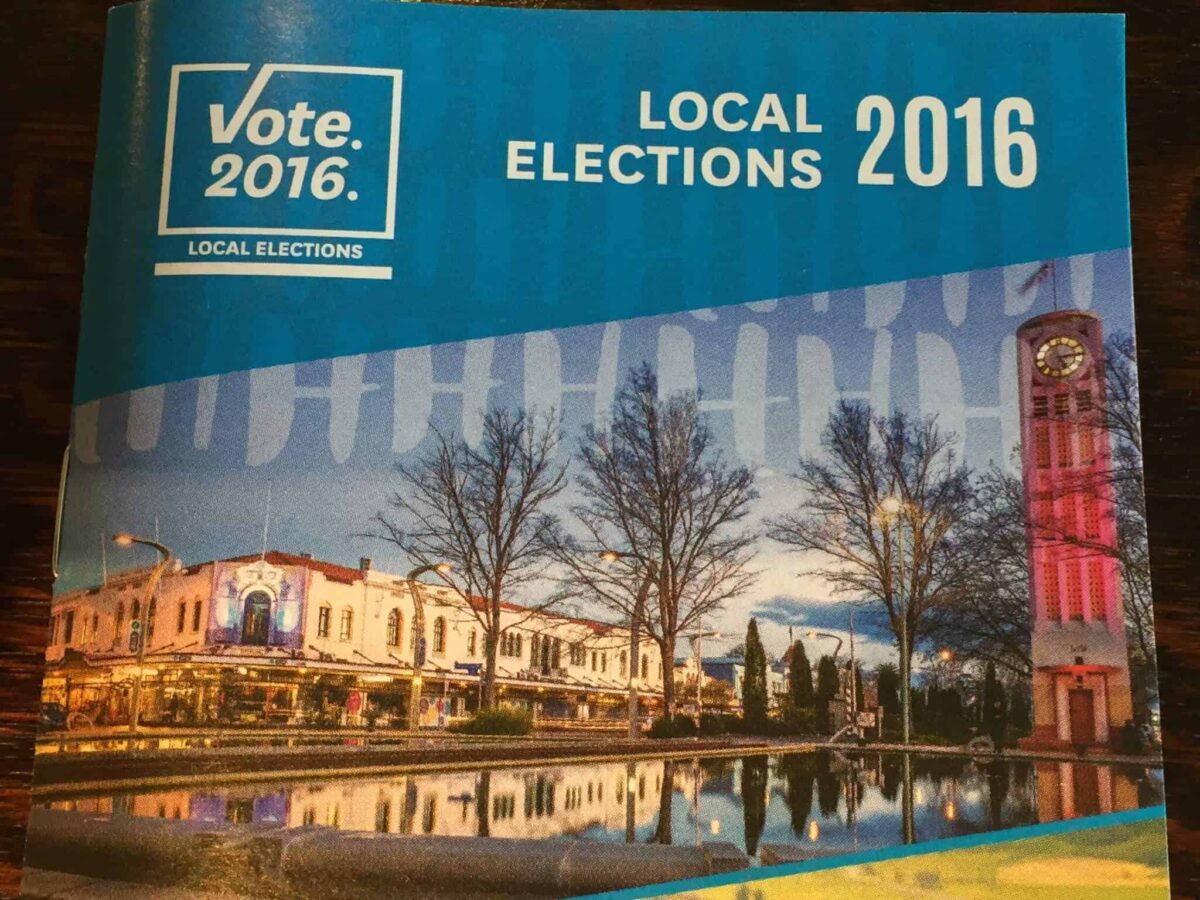 Voting papers have started to arrive, and I hope you will take this opportunity to have your say, whoever your preferred candidates might be. Of course, I’d welcome your vote!

I won my regional council seat by only 61 votes, so I have a special understanding that every vote counts … you do make a difference.

As you ponder your vote, I suggest three items you might read as background.

First is my announcement of candidacy — why I’m standing again and what I hope to deliver.

Second is a Talking Point I wrote for HB Today discussing the web of water issues that confront Hawke’s Bay — and specifically, how I and colleagues Graham, Beaven and Barker have attempted to address those, only to be stymied again and again by the Dam Five. The past three years have not been about ‘bickering’, as career candidates Bowers and Gilbertson glibly claim, but rather about fundamental differences in values and a duty to protect the integrity of our water resources.

Third is another keen analysis of the Regional Council situation written by Mike Williams in his HB Today column.

It’s been a tough three years, dominated by the dam, which has sucked resources, attention and political capital from other vital objectives. Through it, I’ve worked hard for transparent and sound decision-making. I hope I’ve earned your confidence and trust.

Some of you I know are supportive, but live in the nether-reaches of HB – Napier, Te Awanga, Haumoana, Clive, along the Tukituki, rural Hastings, CHB – where you can’t vote for me. If that’s you, I implore you to recruit a ‘surrogate’ from Hastings or Havelock to vote for me! Remember, given my small margin last time, you could be delivering the winning votes!

But whatever your leanings, please do vote.

One response to “Voting papers out”