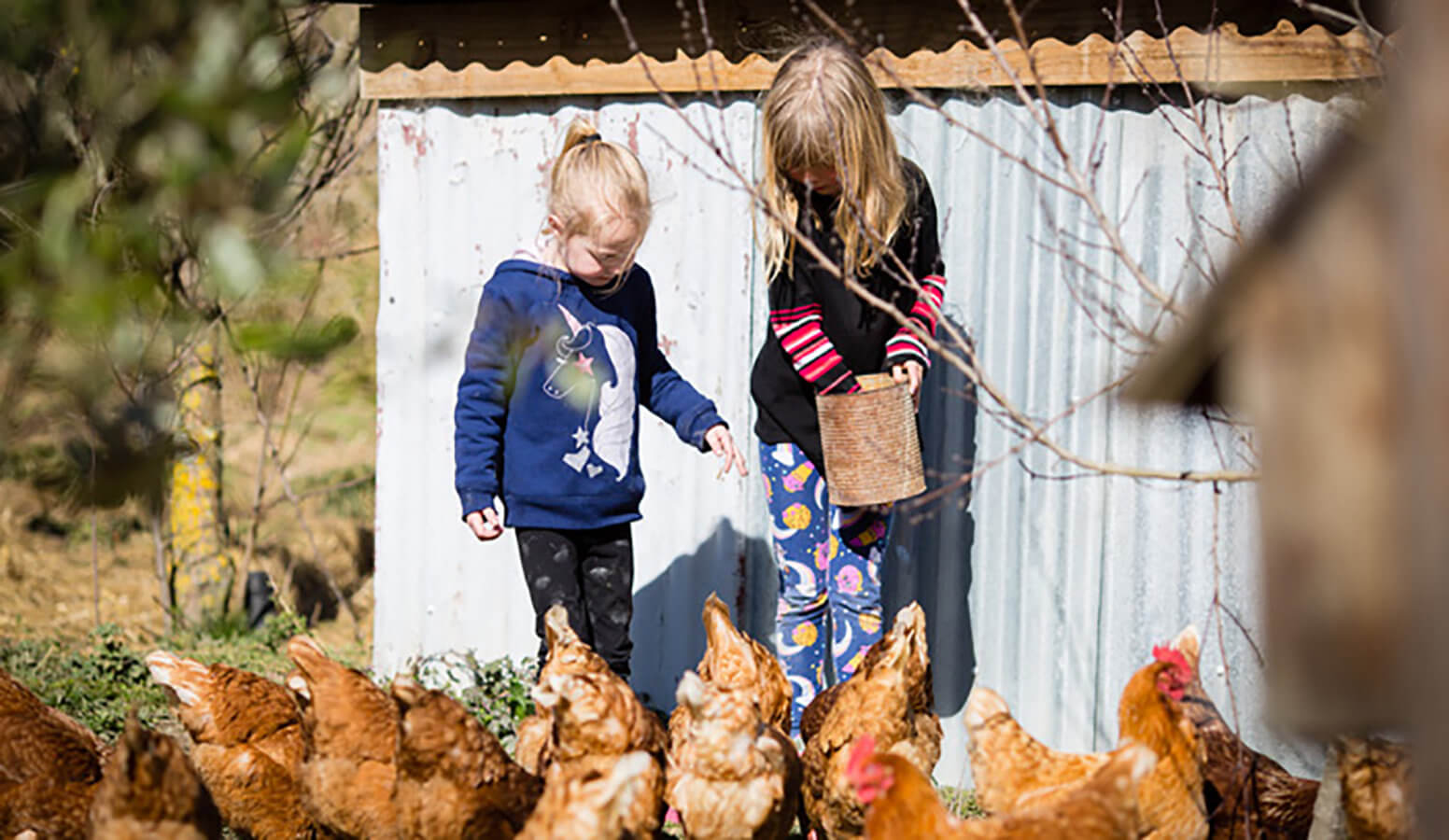 Letter from the Country

New Zealand was far different from the society I had spent the last ten years in. There was a pre-American innocence here. I remember the shock of hearing someone swear, and as a nation we fell o our collective bikes with the news of a solitary murder.

My father was studying for a master’s in history and my mother was an outworker sewing plastic baby pants at a penny a pop. We owned both a villa in Remuera, Auckland and a bach in Big Manly, Whangaporoa.

Yes I know it’s all a bit ‘sepia photo in oak oval frame’, but life certainly seemed kinder then. There were jobs a plenty, houses rested on quarter acre sections and the country closed for the weekend. We still had and have a long way to go to find the egalitarian society we thought we saw in the mirror, but the rich hadn’t yet galloped completely out of sight and we danced every Friday night in echoing, wooden-fl oored church halls.

I’m no intellectual giant, but I’m happy with my emotional intelligence and at this particular moment in time I’m finding it all just a bit tough out there.

I wept when Metiria Turei resigned. I wept for the loss of a New Zealand I want to live in, a utopia of fairness, kindness and equality where people and the environment come before monetary wealth and power. And where we are celebrated for what we have become and not for the mistakes we have made in getting to where we are supposed to be.

Hyenas and vultures appeared baying at Metiria’s front door. They bayed with indignation and self-righteousness. The message seemed lost within the delight of a frenzied kill.

Facebook for me is a place where like-minded friends share day-to-day events, their grandchildren and their support for social issues. It serves as a cushioned echo chamber, a place where our collective beliefs are armed and ping-pong back and forth between each other.

So it was a shock when I read a cruel comment re Metiria on my page and an even greater shock when I read one from a member of my own far away extended family; just one comment, but fattened and fed by other unknown commentators. I felt physically sick; I rehearsed my angry retorts and headed o on my high horse straight for the ‘defriend’ button.

I stopped myself just in time. Was that really the answer? Attack and remove? How do we ever find common ground, make real changes, listen to each other, if we press the ‘de-friend’ button, either real or metaphorical?

Many years ago I went on a ten-day Te Tiriti o Waitangi course run by the powerful Mereana Pitman. There were 12 participants including a tall, thin man, an immigrant from Europe. His racism lay thick across the room like an army of cockroaches crawling from every crevice and I wanted to verbally attack and remove.

Over the 10 days I watched Mereana, her of the liquid voice and challenging tattoos. I watched her use humour, empathy and reason and I saw light bulbs pinging as Mr. Europe found a new song to sing. It was a lesson I have never forgotten. If she had hu ed and pu ed and blown the house down he would have remained locked into those beliefs and tumbled the poison down the whakapapa to the generations in waiting.

Thank you for letting me have a wee rant. I needed that.

I think I will go down to the chook pen with Alice. We will collect the eggs and chat. We will notice stuff . We will notice the warmth of the sunshine as springs winks from the next room. We will notice the birds darting through the trees, swooping down to seed cakes made by Alice’s mum. We will talk about all the things a five year old learns as a big schoolgirl. And when I pull faces Alice will laugh and say, “Oh Grandy you’re so silly!” For a moment I will take time out from the big world and dip into the joy and wonder of a small world.

And we will hug and she will skip back to her place and I to mine, cheered and ready for the next day. Well perhaps I won’t skip outwardly, but inwardly I will be skipping.