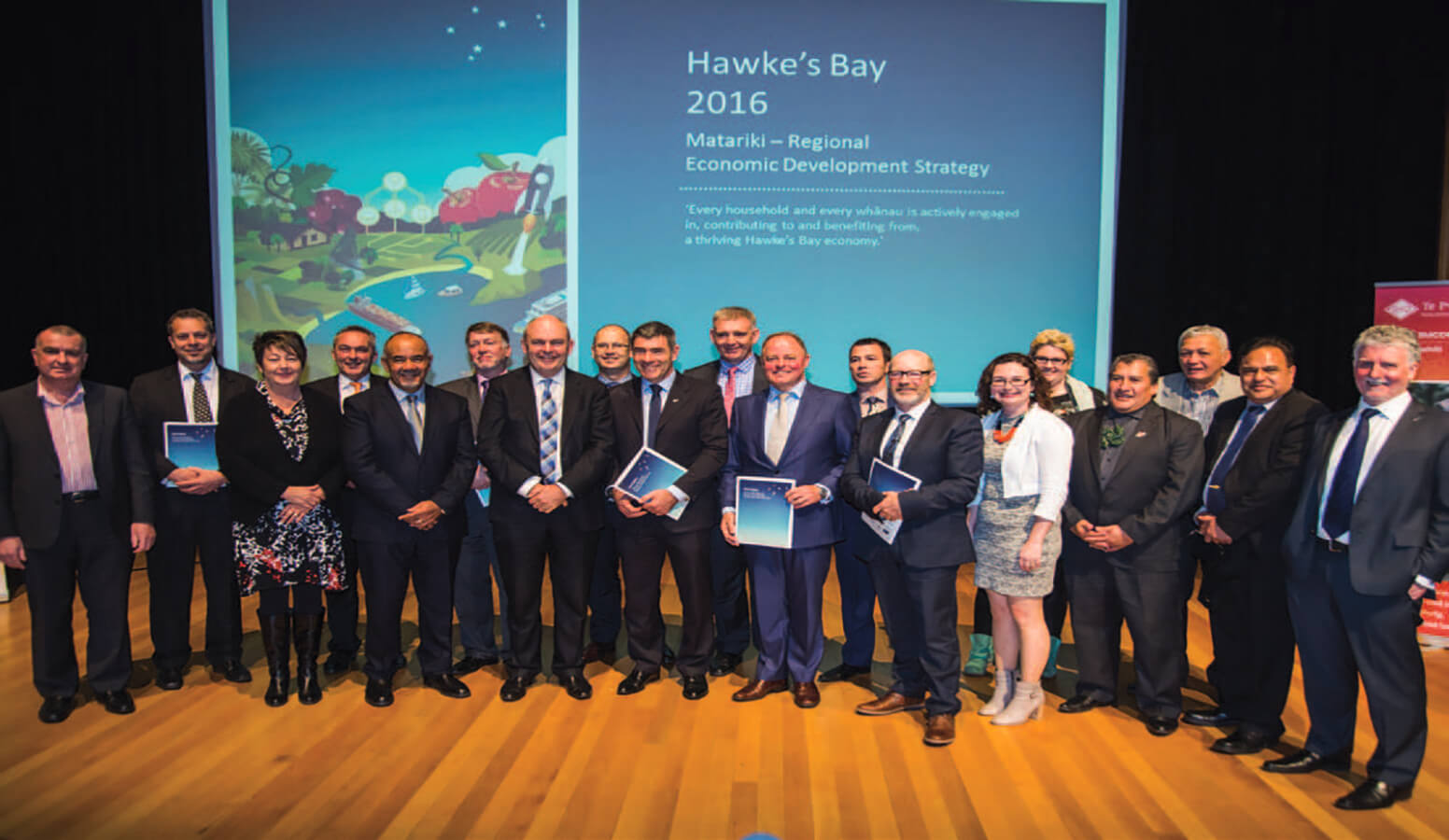 Local influencers spoken to by BayBuzz applaud broader cross-sector involvement in the new Regional Development Strategy (Matariki: REDS). However they wonder about the dearth of detail; the lack of ‘out of the box’ thinking; failure to include health, sport and social elements; and how to remove bureaucratic obstacles and keep the big picture from fragmenting.

The Matariki action plan is full of aspirational buzz words. Scratch deeper and there’s not yet a lot of substance to support bold promises like making Hawke’s Bay the most innovative region in New Zealand, the leading exporter of premium primary produce, and a hub for business growth.

Regional councillor Alan Dick and others remind us this is the latest in a long line of mostly short-lived attempts at boosting Hawke’s Bay, the most recent being Vision 2020 and Venture Hawke’s Bay, which largely failed because everyone continued to do their own thing. While five councils, the Chamber of Commerce and Business Hawke’s Bay drove things, the focus remained on tourism and a relatively narrow view of business.

Dick says business mentoring, for example, stalled after two years when a review found weaknesses “when this thing emerged from the shadows”.

On the positive side, he says, Business HB and HB Tourism are now significantly better resourced than they were, and funding shouldn’t be an issue with other projects, including iwi and post-settlement entities, which have their own resources.

Dick’s hope is the final governance structure will provide greater delegation of responsibility rather than having one organisation at the centre.

He says “much bigger thinking,” and innovation than the region has so far demonstrated will be required to unleash undeveloped economic potential.

The sharp end, says Avery, will require strong cohesion to develop and deliver on all the 45 Action plans, with big gains coming from thinking about “what is best for the region, not its component parts”.

We’ll need to attract venture capital “for development and commercialisation of ideas and a multi-partner team to develop strategies for success,” says Avery.

Napier Labour MP Stuart Nash agrees “out of the box thinking” identifying our national competitive advantages and how we’re going to leverage these is missing from REDS. He’s hopeful that beneath the “consultant speak” is detailed work setting out how goals and objectives will translate into reality with measurable outcomes.

“Moving away from a reliance on primary industries is a must. Relying on a sector that is dependent on variables we have no control over (weather, commodity prices and exchange rates) is a risky strategy.”

And Nash says the document “completely glosses over the real social challenges we have in the Bay despite the vision supposedly being about “every household and every whānau”.

However, the region needs to move on from a seasonal economy base to one that off ers full-time employment for those living here which would “solve the majority of our social problems and raise the standard of living for those who need it most.”

One of the things Kevin Snee, the CEO of Hawke’s Bay District Health Board, is keen to see is an open dialogue on large building projects so the region can ramp up its capacity.

“Signifi cant building work needs to happen in a joined-up way so we can use local businesses with the right training and ensure EIT has the right number of skilled people coming through.” The DHB, for example, expects in excess of $300 million in construction projects over the next decade; Snee believes that with other public agencies added, total construction will top a billion dollars. Building at the same time could drive prices up with work going outside the region, whereas staggering large projects would ensure local construction fi rms, contractors and tradespeople had ongoing work.

Snee says jobs are needed in all sectors of the economy, not just seasonal work, but jobs that “upskill and take the community somewhere”.

For Hastings CEO Ross McLeod the buzz is about more youth training and matching young people to full-time employment through greater engagement between employers and agencies.

The stars seem to be aligning. There’s central government investment, the economy is in good shape, there’s competition for workers, and those near retirement are creating opportunities for young people.

McLeod says this fi ts well with Youth Futures eff orts to equip and train those heading toward the welfare line, and a more engaged approach from iwi saying “we want our young people to succeed”.

Councils processes can be an impediment to business growth and effi ciency. Holly Bacon CEO and entrepreneur Clair Vogtherr wants councils to become enablers rather than enforcers of compliance.

“It’s a truly staggering situation” that each council in the region has diff erent rules and regulations.

Imagine, she says, the investment in homes, businesses, development, spending and employment that would be freed up if consents were fast tracked, or the fi rst response to any reasonable interaction with council was, “How can I help you achieve that?”

Vogtherr applauds the recognition that many households are dependent on the success of small to medium businesses and the fact that Māori youth, with mentoring and investment of settlement money, have the potential to become some of our greatest business resources

Graeme Avery is concerned that health and sport seem to be missing from the plan. “A healthier community is an integral component of a more prosperous and vibrant economy.”

He’d like to see intervention programmes – addressing physical inactivity from birth right through the education system – to reduce the large economic burden of a potential regional obesity epidemic.

Avery says hundreds of millions of dollars in productivity are lost throughout the country annually through physical inactivity, noting that “Hawke’s Bay has the highest regional rate of inactivity and obesity”.

Sport has a fundamental role to play in a thriving economy. “Winning in sport has a major social benefi t impact through enhanced self-esteem and development of leadership skills.”

Kevin Snee says there will always be gaps in any strategy and that’s why he views REDS as a living document, something dynamic that will change as we learn to do things better.

A “sister” social inclusion strategy is being prepared, targeting “underlying social problems that exclude people from the mainstream of society”.

Ross McLeod agrees REDS shouldn’t be seen in isolation but as part of a central government roadmap with further support, processes and projects ahead.

For the fi rst time since he came to the Bay in 2009, Snee is witnessing a greater willingness to work together. Good Things Grow Here and the discussions arising from the amalgamation debate seem to have changed the tone of regional engagement.

Alan Dick thinks leadership could be an issue “keeping people on side and enthused”. Then there’s a risk of doing the same old thing again if we don’t learn from the past. “Most people’s memories are fairly short”.