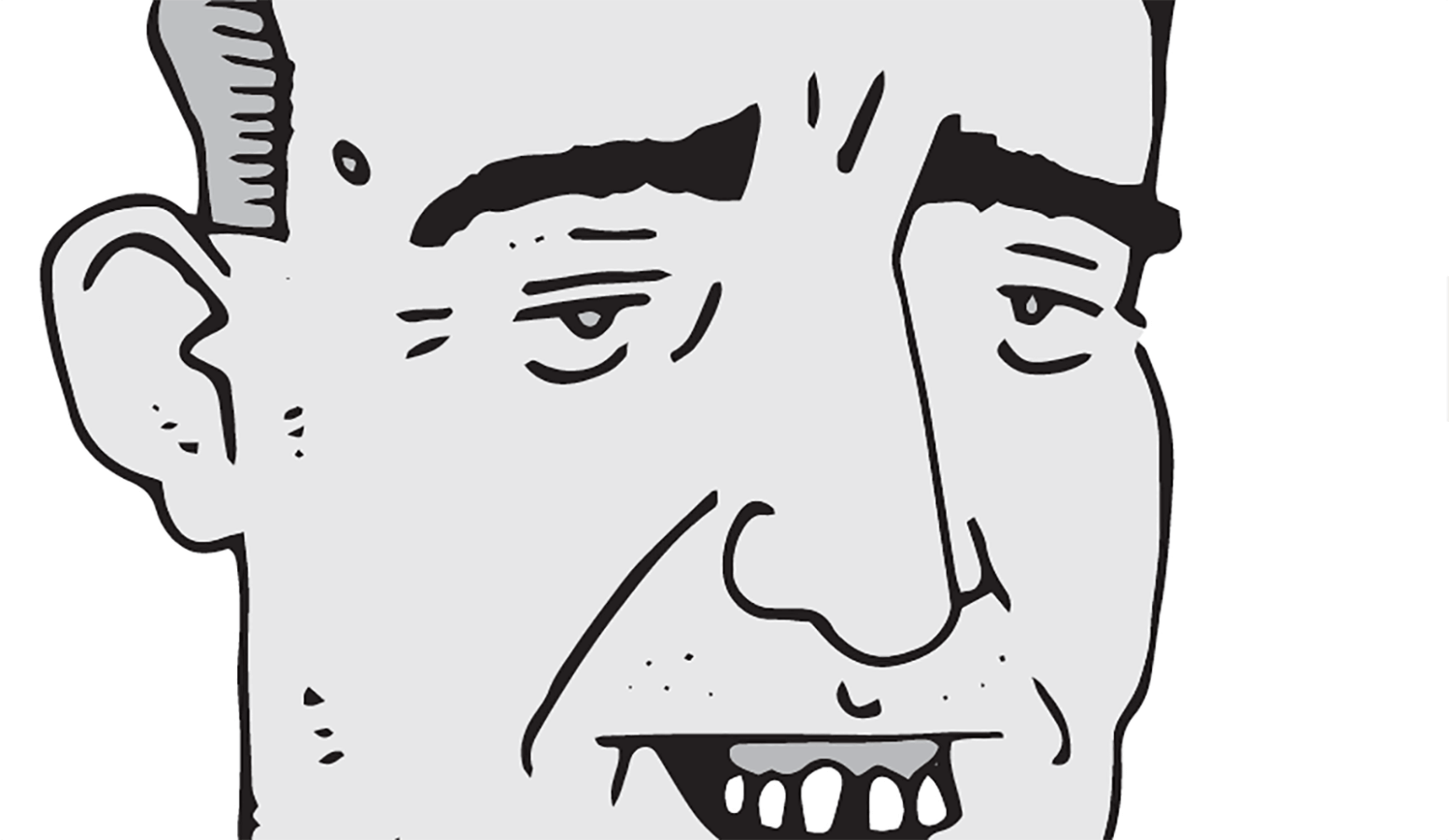 So, You Want to Be Mayor?

In politics, timing is everything. And mid-August was not a good time to be mayor of Hastings! It’s hard to imagine a worse disaster than a gastro illness pandemic caused by foul municipal drinking water to overshadow the launch of Hastings’ mayoral campaign.

In an election where the three- candidate math should give the clear edge to the incumbent who’s previously won a majority of the ballots, will the gastro-disaster dramatically change the equation? What about the impact of ‘normal’ issues?

Whether it’s safe drinking water or spending or leadership style, “change” is the resounding battle cry coming from the camps of the three Hastings District mayoral candidates.

When constituents return their ballots they will have the option to vote for a business woman who wants to “get back to basics”, the incumbent who o ers the role more than two decades of political experience, or a moderate who thinks it’s time to shed some of the dead wood of the recent past and bring a new way of thinking to the council chambers.

Outsider Guy Wellwood says his main motivation for standing for mayor is that positive change needs to happen at the top. For Councillor Adrienne Pierce now is the time for “different thinking”.

Entering the race for the last time Yule offers both the knowledge and experience of office. Interviewed prior to the gastro outbreak, he argued that the council had the basics nailed down, allowing it to go after bigger quarry such as the Pettigrew Green Arena and the Sports Park. “I don’t get asked about the basics much. What people want is a leadership that shows them a better place for them and their families, how that can be achieved.”

However, it’s this longevity that could work against him in the race with his competitors.

“Lawrence Yule has been there for so long that the babies he kissed at the start of his political career can now vote for him,” Pierce quipped.

The Havelock North businesswoman says the refresh the mayor is talking about has come too late. “It’s past time, it’s unhealthy”, adding if Yule had refreshed the leadership within council previously it might be a different story. “But he hasn’t, and it just locked-in thinking.”

Wellwood says the mayor still carries the baggage of last year’s failed amalgamation attempt, and that as a long-standing member of the legal fraternity he would bring different ideas that would be useful for Hastings. “That is what I sincerely believe and that is why I am making this commitment,” he says. “I think I would be quite entertaining too.”

Despite this critique, Yule is proud of what he has accomplished in his career. He is standing again because he feels he owes it to ratepayers to see through what the council has started under his leadership. 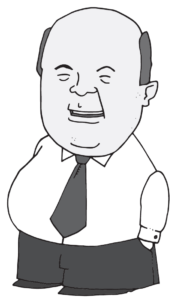 The earthquake strengthening of the Hawke’s Bay Opera House is probably the first venture that comes to the mind of voters – some would say it is his passion project, with the “thousands of hours” he has spent working to ensure it is reopened to the public.

The other candidates agree with this, although Pierce, who believes council should not be involved in commercial activities, says the way it’s run is “too corporate. You don’t need to make a profit, you just need it to break even.”

Having much to do with the Grand Old Lady’s initial refurbishment, Wellwood doesn’t want to see her go – however, her restoration should not be treated in isolation. “It can’t be just treated as one building that we have got to fix at the ratepayers’ expense; it’s got to be fitted into the rest of the city.”

Which brings him to some of Yule’s other “big ideas”, especially those concerning the fixing of the CBD – such as setting up the big box retailers in Nelson Park, which for Wellwood has wrecked the heart of the city.

“So if fixing up the CBD is a big idea, it is caused by another big idea that went wrong.”

He believes a master plan for the centre of town needs to be put together – one that would see the shrinking of the CBD at the Heretaunga East end and more residential planning towards Stortford Lodge.

For Pierce more action and less talk is needed to address the issues faced by the city’s retail precinct.

“More fairy lights in the trees are not going to help,” she says, offering up the suggestion of using some of the empty buildings for a rest home and a park – to bring people into the city. Pierce says not only will this serve the ageing population – as it will be near amenities, health services and public transport – accommodation in the city would follow with families needing somewhere to stay.

Undeterred, Yule believes the Hastings District community needs to have a conversation about what it fundamentally wants in what he terms the “heart and soul” of the district.“Not just retail,” he says. “It is going to have to be a mixture of other things and we are going to have to be quite strong and bold in terms of some of the things we are having to do.”

He notes, however, that to take it back to its humming vibrancy of the 60s and 70s some money would need to be spent.

This leads him to the much-criticised Horse of the Year, an event which council has spent $170,000 propping up so it can go ahead in 2017. “I think we need one or two of these types of events in a year to say that actually Hastings can be part of this action. It’s an iconic event, it plays to our strengths, visitors like coming here and it’s well supported by locals.” For the number of years the district has hosted the event, says Yule, the amount ratepayers have paid into it was quite modest – and if it wasn’t supported it would find another home.

However, Pierce has not bought into this view – using her vote at the council table to show as much. “It was a terrible, terrible way of handling all of that.”

While Wellwood notes the importance of HOY and believes council should have a budget for it, he wants it treated as a regional event. “We should explain to the people of Napier, Wairoa and the CHB that this is what HOY does for the region. Instead we are so keen to grab it all as a Hastings thing, we end up having to pay all the bills.”

The GMO-free stance taken by the HDC is one all three candidates support.

Pierce says it’s a great marketing platform for a region that grows great food – one, if elected, she would continue.

Although supportive of the stance, Wellwood, who helped put together the national GE strategy following on from the royal commission at the turn of the century, was more cautious with his choice of words. “If it came up at the council table I would vote for it. But I just know there are big pressures out there and probably Hastings District can’t fight those pressures forever.” 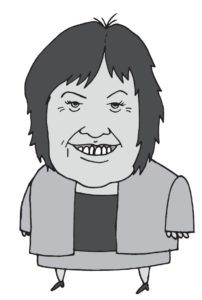 Yule made it clear he was not an “ideological zealot” when it came to GMOs; this was leadership to support the food-growing sector. “I accept at some point in time there may be a need to use GE-based technology,” adding that the plan the council has in place lasts for only the next 10 years – a plan that could be changed if needed. “We export some of the highest quality food you will find anywhere in the world. To have a GMO-free based brand behind that in my view is worth millions of dollars to this community and I want to protect that while it’s available.”

One issue that threw all candidates was the outbreak of campylobacter, a gastro illness that knocked down thousands of people in Havelock North in August. Havelock North residents were livid about what they perceived to be a lack of communication on behalf of council and the district health board – social media bore the brunt of their anger.

So with this lack of communication Pierce took to the phones and Facebook to warn people of the water contamination. “Communication about the outbreak was required earlier. Follow up information more regular and less vague.” Wellwood has made fundamental services such as water a “priority” if the people voted him in.

For his part, Yule stood between council staff, angry citizens and media, and while it might not have been as timely as it should have been, he offered with composure what information he had on the situation.

There’s little basis for concluding that Yule’s political competitors would have handled the council’s response to the health crisis any more effectively.

That said, the most important issue to resolve to protect the public’s well being is how the contamination came about. Safe operation of drinking water bores is a paramount responsibility of the Hastings Council. With a history of E.coli registering in the Havelock North water after major rain events, surely the government inquiry will examine whether or not the Hastings District drinking water infrastructure has been managed with sufficient care. However, that verdict won’t arrive until after the election.

As for the candidates’ future outlook …

For Wellwood, it’s a public service calling; now is the right time for him to take a stand. He wants to mend fences with the other local bodies in the region; sort outlaw and order; stage a European Festival; work on better transport; clean up the Karamu; and create more open, collaborative and accountable government.

Yule feels he has always been approachable and his council has been open. And so he will focus on job creation.

“We live in one of the best parts of the world you could ever want to live in. The limiting factor for a lot of people is actually employment, the ability to stay here.” He wants to leave the Hastings District better than he found it. “I am trying to improve the quality of life for the people who live here. That’s what drives me every day.”

Pierce harks back to her business skills, citing “store blindness”. “You have had the shop for too long and you don’t know that all your windows are dirty and that corners are dusty and people come into your shop and it’s just not like it was 10 years ago.”

While Pierce too wants to look at transport and “play nicely with the neighbours”, she also wants to create jobs here in the Bay. For this to happen council must “buy local” and tender jobs out to Hawke’s Bay businesses.