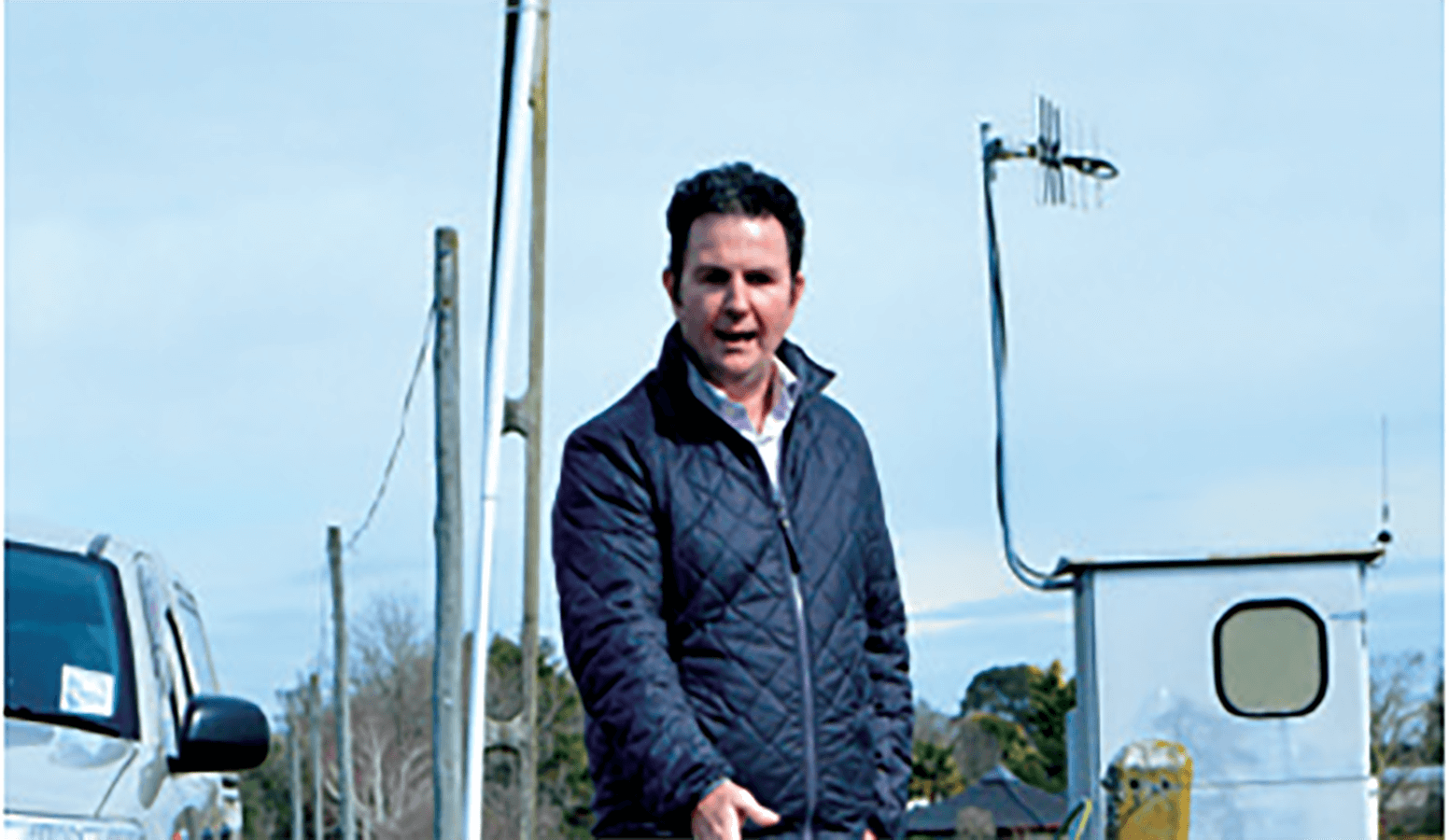 The Pressure is Building

Can you feel it? The world is changing, pulsing, vibrating like never before in my lifetime. Let me take you on a brief global tour of the chaos…

In England they snubbed the views of the major political parties and economic commentators and voted for Brexit. In doing so they forced then Prime Minister Cameron to fall on his sword, throwing the country into political turmoil. Members of the public are joining the British Labour Party in droves, to try to retain leader Jeremy Corbyn, a supposedly unelectable, die-hard socialist. More than 80% of his fellow MPs have voted ‘no confidence’ in him, yet still he remains.

In the US, the Grand Old Party have in all seriousness put up Donald Trump as their presidential candidate. More than anything it’s just another vote of no-confidence aimed at the political establishment, an ‘anyone but a politician’ vote. The Democrats have hardly done any better, opting for Hillary Clinton, who two- thirds of Americans say they don’t trust. Many worldwide consider the US political situation as some sort of bad joke; a choice between the deranged and the duplicitous.

In recent years Germany has been the economic strongman of the western world. They have prospered on the back of a euro weakened by Greece and…almost everyone else in Europe. They showed wonderful humanitarian spirit in accepting thousands of Syrian refugees recently, but the backlash is palpable.

Two-thirds of voters want to get rid of the stately Angela Merkel and the refugees are a big part of the reason. They don’t speak the language, don’t fit in with the culture and are largely unemployable in that state. Cultural refugees with an inspiring cuisine open ‘cheap as chips’ restaurants and are well received, but ‘Syrian Restaurant’ conjures no great emotion and they stand no chance against the Turkish kebab shops. Germany has provided them housing and now it’s stuck with them as they retreat into unemployment enclaves of ‘Little Syria’.

Sixty percent of Germans believe Islam is incompatible with German culture and anti-immigrant sentiment is on the rise. The nationalist, right wing AfD is polling up to 15% and the socialist Die Linke has more than 10% support. Political sentiment is lurching violently away from the centre. This has happened in Germany before, if you recall.

In Italy the economy is lurching under its crippled banking sector. Italian banks have about 360 billion euros worth of subtly termed ‘non-performing loans’. Putting 360 billion euros into perspective, it’s more than two years’ worth of NZ’s entire GDP. Portugal and even France are not very far behind. The UK has Brexited a badly losing team. In this topsy-turvy world the European Central Bank and those of Denmark, Sweden and Switzerland all have negative interest rates, prompting a boom in the sale of home safes.

Closer to home
Even in New Zealand blokey John Key is losing his appeal, as people realise he’s done almost nothing about income inequality and homelessness. NZ also seems out of control on the immigration front with seemingly no meaningful change in government policy on the horizon.

In truth it’s hard to fix problems of stagnant income and the lack of housing. And we need the immigrants if they can hold a hammer. Moreover, National offers ‘conservative government’, which means by definition they have been elected to be ‘steady as she goes’. This once brave opposition party that railed against the RMA, interest-free student loans and middle-class welfare have done, well, nothing much about them in almost eight years. The bumbling charisma-free Andrew ‘Stuart’ Little, might just have a chance – if we’re desperate enough.

What does all this mean for Hawke’s Bay?
Well, the same issues are at play here. Political change is driven by the frustrations of ordinary people going about their daily routines. Here too there is frustration with the establishment and an erosion of trust.

Top of the list is the Hastings District Council on the back of the campylobacter water contamination. Somehow our protector of the public good has allowed us to be poisoned and, as I write, no one has come up with a plausible explanation as to how it could have happened.

Regardless of whether the event reflects negligence or was just rotten luck, people are angry.

They have seen those they love most dearly, their children and the elderly, suffer horribly. The mood of the people is frenzied, fearful and reactionary. It feels as though a lynch mob could arise at any moment. It’s an environment where protest votes will be cast and there is some appetite for fresh blood over ‘career politicians’.

Mayor Yule would be in real trouble if a really strong candidate was standing against him. More vulnerable are perhaps multi-term incumbents like Kevin Watkins or Sandra Hazelhurst, despite strong polling at the last election. This year a big name will get rolled somewhere.

The Regional Council has been dragged into the water contamination debate. Fingers are being pointed at the Central Hawke’s Bay ‘poo ponds’ which still struggle to comply after being handed new standards ten years ago! Radio NZ reports that apparently winter floodwaters caused them to again spill partially treated sewerage into the Tukituki River. It’s unlikely that this has anything to do with the recent contamination issue, but many in the community see it as symptomatic of the environmental regulator not doing its job.

The HBRC battle will also be fought over the Ruataniwha Dam, and that’s perhaps its fundamental fl aw. Such a substantial investment needs to maintain the support of 75% of the community and 75% of the councillors in order to remain credible. The day it becomes a battle for 51%, then I think proponents have lost their mandate. How will HBRIC lawyer Martin Williams fare against ageing incumbent Alan Dick, or returning heavyweight Neil Kirton? Will the Green perspective of Paul Bailey gain any traction?

Given HDC’s problems, showing uncanny timing is Cynthia Bowers, whose jump to the Hawke’s Bay Regional Council looks like the ‘great escape’. Up against the cohesive one-term trio of Graham, Belford and Barker, I question whether a 21-year ‘career politician’ will be the fresh blood the electorate seeks.

In her favour she’s a ‘name’ and better still a woman. Bowers was the top-polling candidate for the HDC in 2013. Against her is the Horse of the Year; a financial and PR disaster. I think it will be a tougher battle than Bowers is expecting. Unseating an incumbent is always a big challenge.

In Napier, the other grand project, the multi-sport velodrome, appears to be a key point of contention. Many in the community seem to prefer investment to renew existing infrastructure over this new initiative. Again the resistance seems to be building against ‘visionary ideas’ over core council functions. Many are growing intolerant of the ‘ruling classes’ and the delusional ambitions they have with other people’s money.

Candidates will have to come out clearly on one side or the other when it comes to the velodrome. Voters will be intolerant of fence sitters. Perhaps the most interesting matchup is the passionate and plausible coastal erosion campaigner Larry Dallimore, up against incumbent Mark Herbert. Perhaps the only surprise is that Dallimore hasn’t stood for the HBRC instead.

Social and economic issues are the real drivers of society and you can feel frustrations on the rise. It’s the anxious discombobulations of the mild-mannered middle class. Across Hawke’s Bay and the world they are becoming irritable and impatient.

Paul Paynter is our resident iconoclast and cider maker. Sometimes he grows stuff at Yummyfruit