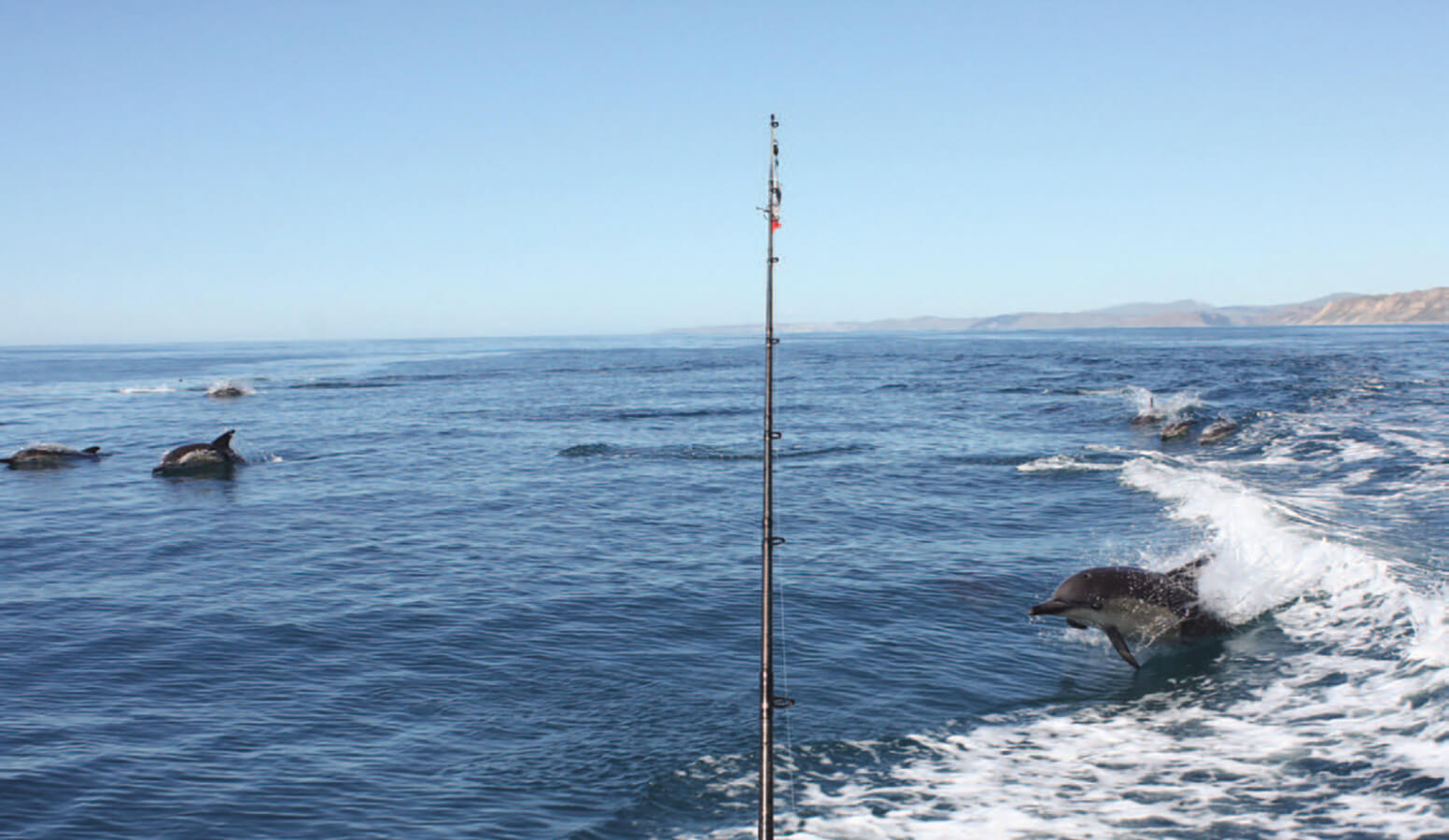 All in a day’s fishing

Over forty years ago I was launching the boat at the Kuku rocks when Eru Smith asked me, “What are you after today?”

“Diving for paua and crays, then fishing,” I replied.

Eru was a friend of my father from their rugby days. We’d met on the island a few times and Dad always gave Eru some of his kina.

What fish are you after?”

“You should decide what you want to catch then ask,” said Eru.

“Yes, ask the sea, ask Tangaroa, what fish and how many you want.”

I was seventeen when I had the conversation – something like that – with Eru Smith.

Asking a god for fishing assistance was beyond my scope at the time, but I did respect Eru’s request that, when filleting fish, make sure to be out of sight of the sea, because fishes are the children of Tangaroa, and He shouldn’t have to see his kids cut up. Somehow that made sense.

Years later, when Eru was tragically killed in a car accident, I remembered what he’d told me, and I started asking Tangaroa.

At the time I was having a problem over-catching butterfish. Five were enough but sometimes there would be as many as twenty in the net. I asked, and lo and behold, He delivered, and it happened time and again.

Sometimes, however, my requests are unfulfilled, and my pleading “please, please, no barracuda” mostly ignored.

Butterfish (Marari)
Butterfish are easiest netted over a couple of hours early evening, and I learned the hard way never to leave a net overnight, because a turn in the weather and it is lost to sea to keep killing fish, and if not, the night’s by-catch can be crabs and undersize crayfish, and all manner of fishes, many inedible.

Now I think recreational set netting should be banned altogether. It’s too random, and the risk of losing nets is too great, considering the potential damage done.

Mararī are herbivorous and have green bones. They can be caught on a small hook baited with kelp, but it’s hard work, and probably a fluke. They lie among the weeds on the reef; easy prey for the spearfisher.

With firm white flesh and delicate flavour, butterfish are not suitable for marinating or making stock, but whole fish bake well with the skin left on, gut filled with onion, whatever herbs on hand, and a slosh of white wine. Carefully peel the skin away after baking for 30 minutes in a pre- heated oven at 200 degrees.

Most of all mararī lends to stir-fry. In a wok or large pan first sauté onions, garlic, ginger in coconut oil, then fold in whatever fresh vegetables are available (celery, beans, capsicum, courgette, sweetcorn, fennel) and push to the sides.

Let a nob of butter melt in the centre of the pan and add bite-size chunks of fish. Turn a few times, lightly sprinkle with sea salt and lemon juice, before blending all the elements together. Take off the heat, cover with a lid, and let stand for a least 10 minutes.

On the water
Today is our first outing of the season. We’re asking for mussels, paua, kina, crayfi sh, kahawhai, butterfi sh and kingfi sh. A big ask and probably a bit cheeky. As for quantity, Tangaroa can make that call.

Nay a cloud in the sky and the sea is calm. As the tide is on the turn, we head straight for the diving spot, passing a school of kahawhai on the way. We’ve no time to stop.

Providing we catch some later on, I’ll put the kahawhai in the fridge as soon as I get home. In a few hours the flesh will be firmer making filleting a lot easier. I don’t bother gutting or scaling. Just be careful of the scales which can be patted away with paper towel.

I never rinse fish with water. Why would you? Because fish live in the sea, a chef once told me. But, I explained, fish have skin that protects the flesh from the water, just as a fillet steak is protected by the cow’s skin, and a chicken breast cloaked in feathers, which get wet when it rains. And we don’t rinse the fl avour of meat or fowl away under a running tap.

My fishing companions, Anna and Bruno, are seasoned free divers. I’ve seen Bruno surface with a kingfish longer than his outstretched arms, and Anna, also a mean shooter with a speargun, is the fastest paua gatherer I’ve ever known.

Paua (Abalone)
We have three butterfish and twenty paua at the end of their dive. Four paua are undersize (125cm minimum) and we throw them back to live another day. Bruno and Anna measure the paua length as best they can under water, against a mark etched into their knives, which are blunt edged. They know paua are haemophiliacs and bleed to death if their fl esh is cut, so when prying paua off rocks, never use a sharp knife, or chisel or screwdriver, as I did, before I knew better. You can’t land undersize paua, and if you even just nick them, they die.

Paua grow to legal size in 3-4 years feeding on soft seaweeds and algae clinging to rocks. They are basically a single chunk of flesh (known as the foot) and a stomach (hua), protected by a hard shell.

Detaching foot from shell requires a strong thumb or sharp knife. The hua cuts away easily, and can be blended with minced paua for fritters, or rendered as a stock. Paua hua soup is as close to the taste of toheroa as you will find.

Whole wild paua are rarely sold by fishmongers. There are, however, commercially grown paua available, some as small as bite size. They taste like their wild relations. Sautéd in clarified butter – pinch of salt, squeeze of lemon – for full flavour.

How about kina and crayfish? I ask. Not a sign of either, Anna and Bruno reply.

Time to troll, and on our way to an area favoured by kingfish and kahawhai, a pod of dolphins greet us with a spectacular display of aqua-batics, and they surf on the wake of the boat with delight.

We put out lures when we see signs of fish and Anna soon has a strike. It’s a kingfi sh, and my heart sinks a little, as they’re hard to catch this time of year, and the minimum length is 750cm. This one measures in at 680cm so must be released, and we don’t catch another, but two fat kahawhai come soon after.

Haku are one of my favourite fish, both to catch, and eat.

Weighted lures dropped on the reef, and quickly retrieved, is an exciting way to catch them, and sometimes huge kingfish will follow the lure to the surface, still checking it out, and be gone, when their bright eye meets yours.

The flesh of kingfish is firm and meaty. It marinates well and makes superb sashimi. A favourite dish, and artfully simple, is to turn fillets or steaks, skin on, through olive oil with herbs added (tarragon, coriander, thyme). Sprinkle a thin layer of salt on a dry pan, or barbecue hot plate, and fry at high heat, turning once. Best when pink in the middle.

A seal comes to check us out and the fish disappear. We need to move before the tide rises too high on the mussel rock, but to do so means no kina, or crayfish. Bruno has offered to dive on another reef. Just one of each for the BayBuzz article, I say, and hope Tangaroa is listening. Bruno returns with four fat butterfish, but alas, no kina, or crayfish.

Crayfish (Koura) Every year in early summer mature crayfish descend on reefs and rocky outcrops all along the coast. Their path to adulthood is arduous. Females produce up to half a million eggs carried under their tails for up to six months. When they hatch, the tiny larvae drift in open sea for a year before finding their way back to shallow water. By the time we catch them, either by diving or potting, legal size are 5 to 10 years old.

Kōura have a nervous system and feel pain. Ministry advice for humane killing is to chill to 2-4 degrees before spiking through the head. Boiling alive is illegal, as is drowning, but there has never been a prosecution.

Cook whole crayfish in boiling seawater until they turn bright red (around five minutes). A delicious dish is to grill the tails with garlic and herb butter, and serve with homemade mayonnaise having added the tasty coral contents in the body cavity.

Kina (Sea urchin)
Eru Smith and my father would turn their backs to Tangaroa, and split open a few freshly caught kina, devouring the creamy row and salty contents with loud slurps.

Kina can live up to 20 years, and feed on a diet of common kelp mostly, but will eat algaes and small shellfish. They have jaws and teeth for grinding up food and are protected from natural predators by their sharp spines and hard shells. However, on the diving spots with which I have been familiar for nearly fifty years, human predators have decimated their numbers to a far greater extent than paua or kōura.

For many, the sweet, sour, salty and bitter flavour of raw kina is too intense. Instead, the row can be extracted carefully with a teaspoon, blended into a simple egg batter, and served as a fritter or omelette.

Mussels (Kuku)
By the time we reach shore, the tide is well in, making collecting mussels difficult. But tides turn, and I can wait for the evening low tide to collect a kete of kuku, that grow abundantly on many rocky outcrops along the beach.

The New Zealand green-lipped mussel is prized for both its delicious flavour and medicinal property in soothing inflammation associated with arthritis. They are filter feeders pumping seawater through their gills and in the process extracting phytoplanktons which inhabit the water in their billions.

Mussels are a favoured food of snapper, and years ago, when walking on the beach at night, I passed a mussel rock and heard the sound of thrashing water. I couldn’t work out what the noise was, until, on looking closer, I saw a school of snapper, their tails in the air, feeding on the kuku rocks.

Commercially farmed, and freshly available in most supermarkets, mussels are superb food, and very versatile. They can be eaten whole, marinated, and rendered into fritters and chowder.

The process starts with steaming the mussels open. Sauté onions and garlic in a pot, turn up the heat, and add the mussels, a generous slurp of white wine, and bunch of thyme. Put a lid on the pot until the kuku open. Save the liquid for this is the stock of mussel chowder. Fritters are made with egg batter and chopped mussel flesh.

Although this day Tangaroa didn’t give up our desired catch, He has been generous, and we give thanks to the bounty of the sea over which He presides.

Mark Sweet’s experience in gathering and cooking seafood started in his youth and later inspired him to create seafood restaurants: Two Fat Ladies, Glasgow (1988) and Pacifica, Napier (2001). He is in the process of writing a fish cook book, Kaimoana. 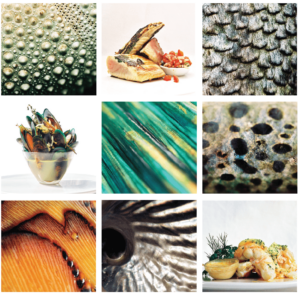