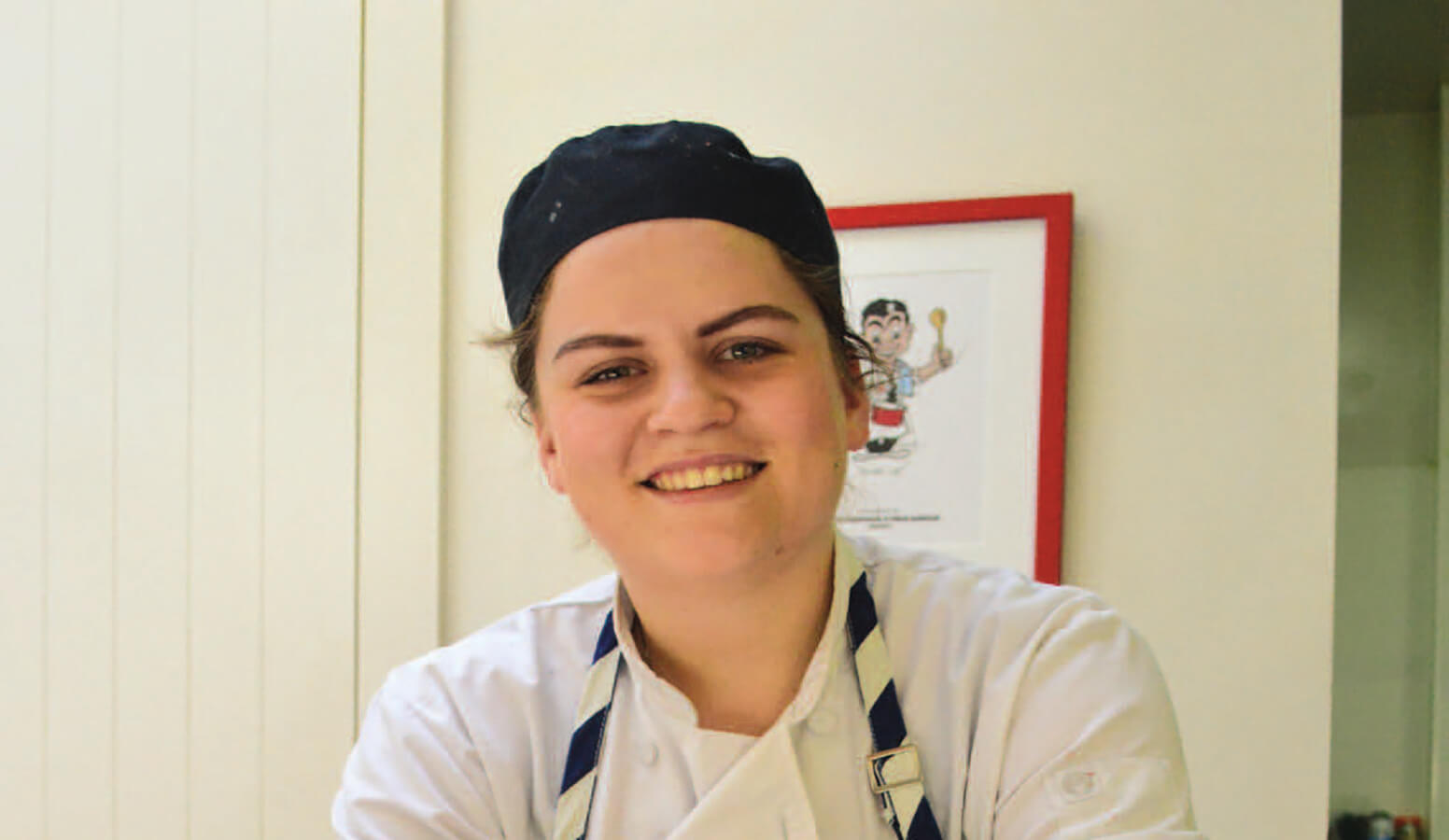 Hawke’s Bay is fortunate to have a world class education facility, training tomorrow’s chefs, baristas, and maitre d’s, at the Eastern Institute of Technology (EIT).

in 1979, Vidal estate in St Aubyn Steet, Hastings, became the first winery in New Zealand to create a restaurant and bar on site – a concept that evolved nationwide, reshaping what wineries could offer the public in terms of drinks, food, and entertainment.

A decade earlier, in response to closing time of bars being extended from 6pm to 10pm (1967), Hawke’s Bay was at the forefront of establishing purpose-built taverns, instigated by managing director of Leopard Breweries, John McFarlane, which combined eating, drinking, live music and dancing. The Mayfair in Hastings, The Leopard on Marine Parade in Napier, The Tavern in Ahuriri, and at Stortford Lodge, Buck Buchanan’s complex of bars, dining, and bottle store, were models of adaption to changing times.

Well into the 1980s there were only a scattering of privately-owned restaurants in Hawke’s Bay, most notably, The Village Restaurant in Havelock North established by Murray and Trish Jones, and Vicki and Kevin Bolderson’s Bayswater Restaurant in Ahuriri.

Back then the term ‘hospitality industry’ had yet to be coined, and the demand for trained cooks, and waiting and bar staff, was minimal. Baristas were unheard of.

How things have changed as our food and drink culture has rapidly evolved.

Today, ‘hospitality’, a loose term that includes tourism, is indeed an industry, requiring a suite of skills from many specialities.

Core to the industry are those who work with food and serve, in bars, cafes, and restaurants.

Hawke’s Bay is fortunate to have a world class education facility, training tomorrow’s chefs and maitre d’s, at the Eastern Institute of Technology (EIT).

Head of the School of Hospitality is Jenny Robertson, who says the centre piece of the school is the 60 seat on-site Scholars Restaurant. “Lots of programmes feed into the training restaurant from cafe style to fine dining with 10 course degustation menus.”

The programme offers level 3 & 4 certificates in baking, cooking, and food and beverage service. A marae cooking course is also offered. For those who wish to secure the best jobs there’s a one year full-time level 5 diploma course.

“The final year diploma is unique,” says Jenny Robertson. “Students learn to preserve, and make jams, and to make sausages and charcuterie – salamis and prosciutto – and cheeses, and they have a market day to sell the produce.” 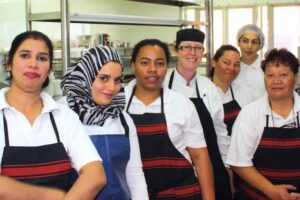 Jenny highly praises the Trades Academy programme, which is a partnership between EIT and secondary schools, that sees eligible students spend one day a week being introduced to their chosen career, and blended with their school work, achieve NCEA Levels 2 and 3. “Although we can only take 18 a year, spread throughout the campus there are over 500 secondary students involved.

“The Trades Academy programme is an initiative to provide students with a transition from school to work. One principal told me the programme is so popular many students are staying at school just so they can attend. And, he said, they’re designing subjects around the needs of whatever trade a student has chosen.”

As Jenny Robertson explains, another enlightened aspect of EIT policy is to have “an advisory committee made up of chefs and establishment owners”, who share their knowledge and present their needs as employers.

Jenny invites me to observe a lunch in Scholars Restaurant. It is a training exercise for students on the 18-week course in cafe and restaurant service.

The three-course menu offers two choices of entrée, main, and dessert, and the first order into the kitchen is from a table of seven.

As soon as the docket is clipped, tutor Amanda Le Beau, calls out the order, and the kitchen team go to work under the supervision of tutor Kylie Howard.

Orders come thick and fast and within half an hour the choices of forty guests have been delivered.

Leading front-of-house is Celia Kurta, who instructs her charges in the protocols of coordinating with the kitchen, and at the bar in the restaurant, lecturer Grant McHenry oversees the beverage service.

The twelve students have been split into two teams, kitchen and restaurant, and will reverse roles another day, so to be work flexible when looking for employment.

Outside, on a grassed enclave, food safety tutor, Mark Caves, is instructing a large group. The participants come from the full spectrum of food handlers – bars, restaurants, marae, and catering companies. It is a requirement under the Food Act 2014 that all establishments making or selling high risk foods have certification.

Back in the kitchen the last desserts are ready to go and I’m invited to stay for the lunch. The melon wrapped with prosciutto with lime dressing is a delicious combination and the salmon is perfectly moist and flavoursome.

The service has run smoothly and the students are obviously well trained, and I can see why keen EIT students easily find positions.

As Jenny Robertson explains, “We’ve got graduates in restaurants all around the region. Three in Bistronomy, one in Pacifica, and most of the wineries. David [Griffi ths] at Mr D is very supportive. One of our ex-students is his pastry chef and she’s doing very well.” She adds, “And our top student from the diploma course last year is working with Kent Baddeley at TenTwentyFour”.

Reliable and dedicated workers are gold to all hospitality providers. “We try and instill a good work ethic,” says Jenny Robertson. “That’s what the restauranteurs tell us they require from our students – punctuality, good attitude, and eagerness to learn.”

There’s no doubt the team at EIT Hospitality School are providing first-class education to students following that career path, and in doing so, provide the most vital ingredient in any catering operation … the people doing the work.