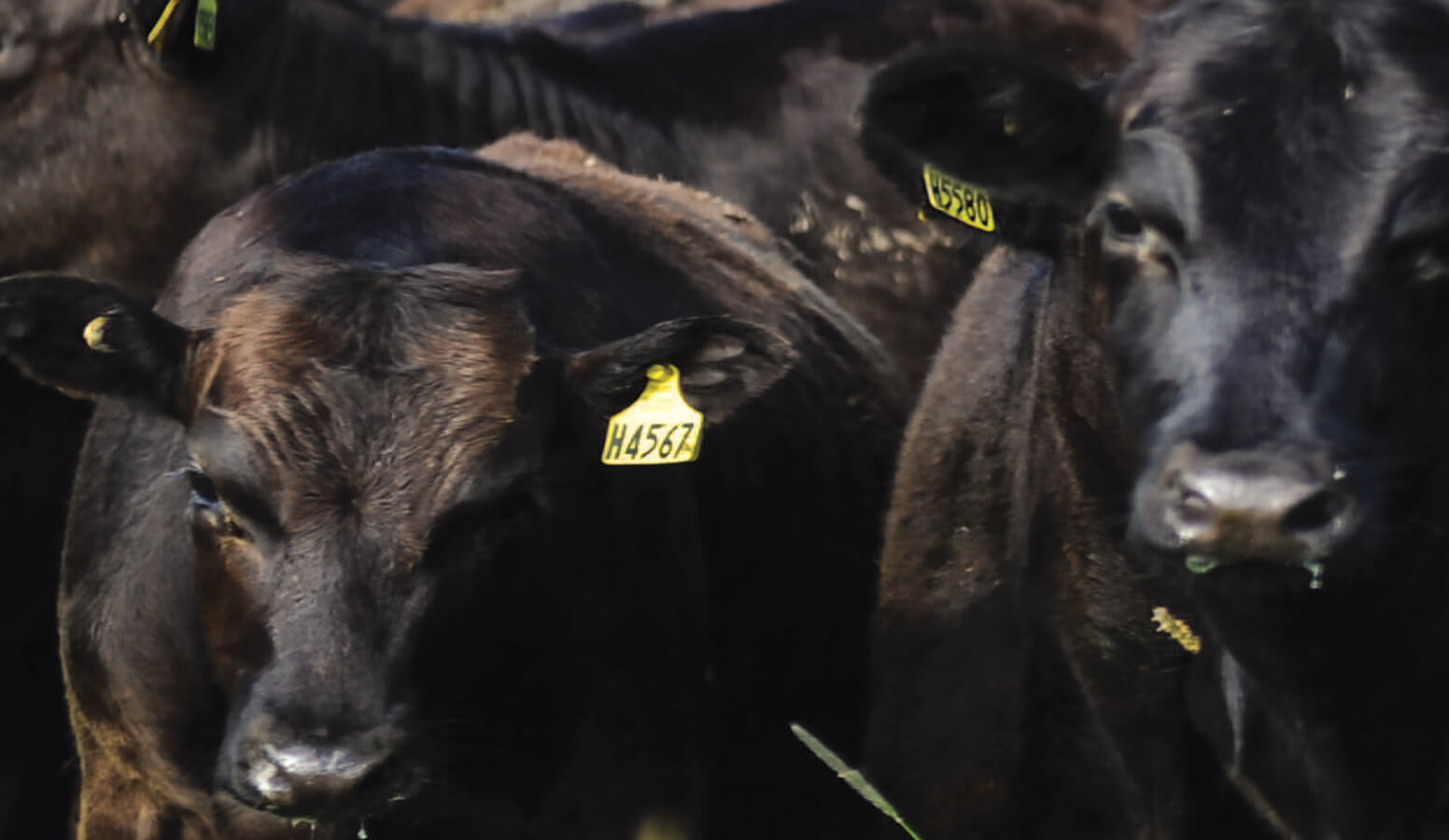 The agricultural sector is being challenged to re-evaluate its role in the food chain without intensifying nutrient loss or adding to the toxic biogas cocktail its ruminant animals contribute to our massive emissions deficit.

Parliamentary Commissioner for the Environment Jan Wright says we’ll need to dramatically change what we grow and how we grow it if we’re to meet our commitment to the Paris Accord on Climate Change, which 75 other countries have ratified.

She wants more trees grown to compensate for greenhouse gases, more funding for urgent research into methane vaccines and inhibitors; the breeding of low emission animals; and use of alternative fodder, including genetically modified grasses.

Wright warns we need traction now rather than later, with regulations to better manage and monitor emissions potentially a way to achieve that.

In her October Climate Change and Agriculture report, Wright warns that prolonged delays in limiting our greenhouse gases “will make the need for an abrupt transition inevitable”.

She insists “a smooth transition to producing lower emission food is very important” if we’re to avoid the pain of what happened the late 1980s when government support for agriculture was mostly removed.

For much of the world, reducing greenhouse gas emissions; largely CO2, is about moving off fossil fuel dependence for electrical generation, transport and heavy industry.

However, for New Zealand, with relatively high transport emissions and one of the world’s highest greenhouse gas emissions per capita, our use of renewable electricity skews our problem towards animal outputs from food production.

Nitrogen from urine leaching into streams and rivers and gases from bacterial interaction with urine need addressing, along with broadening the scope of the ETS (Emissions Trading Scheme).

Although CO2 produces 45% of our greenhouses gases, other biological gases including nitrous oxide (10%) and methane (45%) are not included in the accounting process.

“Sheep, cattle, deer, and goats; the ruminants on our farms, burp out a huge amount of methane. And the origin of most of the nitrous oxide – an especially powerful greenhouse gas – is the urine of farm animals,” says Wright.

Our “high gas outputs” mean we’re going to have to deal with these before other countries, and while the science is complex and the policy debate polarised, she recommends methane and nitrous oxide be included in the ETS.

The government is currently averse to this until “there are economically viable and practical technologies available to reduce emissions” and “our trading partners make more progress on tackling their emissions in general”.

While Wright is an independent officer of Parliament providing MPs with advice on environmental quality; as required by the Environment Act 1986, there’s no obligation to act on her recommendations.

Her brief is specifically around climate change and its direct impact on food security and food production.

Much of Wright’s report is an evaluation of how methane and nitrous oxide are formed and behave in the atmosphere and ways to reduce this.

That includes changing the way animals are bred and what they are fed; targeting methane producing microbes and the interaction between urea and soil that produces nitrous oxide.

In ETS accounting terms she says these gases currently have no weighting, even though levelling off their production without additional emissions could stabilise atmospheric temperatures “in a few decades”.

A major sticking point is where to place the so-called ‘point of obligation’. “At the processor level the farmer who produces a kilogram of meat or milk with low biological emissions would not be rewarded.” At the farm level, compliance costs would be very large “because there are thousands of pastoral farms”.

Even partial inclusion would be helpful, for example bringing nitrogen fertiliser into the ETS, “as it has increased fourfold over the past 25 years”; along with a levy on larger farms, already being trialed in the Taupō catchment to manage nitrate leaching.

Will Foley, Hawke’s Bay Federated Farmers provincial president, believes Wright’s report is reasonable, particularly its acknowledgment of the methane produced by farm animals and the need to prioritise research into interventions to decrease emissions, including vaccines or fodder.

For the moment, he says, it’s economic forces that are having the biggest impact, with dairy farms being de-stocked and inputs reduced. On the other side of the dairy downturn, more effi cient farmers are likely to have “lower stocking rates and lower inputs, but ultimately (become) more profi table”. 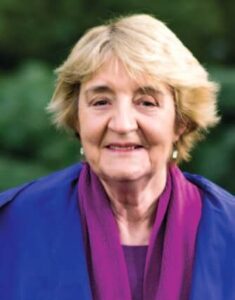 Overall, the sheep and beef sector must improve upon its “disappointing per hectare productivity gains”, if it is to achieve “more efficient production in terms of methane emitted per kilogram of meat” and potentially more profitable farm businesses.

She says the opportunity to break-feed a forage crop downhill rather than uphill and harvesting feed for consumption on a feed pad could be helpful, reducing the need for inputs like palm kernel in dry seasons.

Wright says the New Zealand Government is investing about $20 million each year in research to reduce biological methane with the support of industry groups, including Fonterra, Dairy NZ, Beef and Lamb, Deer Research, and the Fertiliser Association.

There’s also a strong effort to refine the country’s Greenhouse Gas Inventory, with the Government establishing the new Biological Emissions Reference Group to look at mitigating biological gases from agriculture, and another looking at the role of forestry.

Unless the agricultural sector takes some responsibility for methane and nitrous oxide, Wright says “other sectors (and taxpayers) will become increasingly squeezed”.

Wright believes we could lead the world by ramping up research. “Imagine New Zealand developing a vaccine to decrease the amount of enteric methane emitted from sheep and cattle by 20% or more? It could make a huge diff erence…and be sought after globally.”

While it’s still early days in the lab, we should be pulling out all the stops for a vaccine that could be integrated into any livestock system. “Once developed, a vaccine would be cheap, and not leave residues in meat or milk.”

A methane vaccine could decrease the amount of methane emitted from sheep and cattle by 20-30% and be “especially valuable”. It could potentially lead to “about a 24% reduction in biological methane from agriculture” if there’s no increase in livestock numbers.

While research on methane inhibitors is more advanced, she says this is unlikely to integrate as easily into our pastoral farming systems.

The nitrification inhibitor DCD was used for some years to reduce nitrate leaching into waterways; while it reduced “nitrous oxide outgassing from urine-soaked pasture” it was withdrawn when residue was discovered in milk powder.

Wright says New Zealand’s proposal to change international Food Code standards (Codex Alimentarius) would be critical if such an inhibitor was to be used again.

However, she says proving a solution in the laboratory or field trial is only the beginning, as it needs to be cost-effective and practical to integrate into farm management systems.

While high quality feed results in lower emissions intensity, it’s typically only used as a supplement to ryegrass and clover.

Genetically-modified “low emission” ryegrass is still under development in the laboratory and, Wright says it could be many years before the breeding of low emission sheep and cattle has a significant national effect.

Improvements in ‘emissions intensity’ are expected to continue, although at a declining rate, while ‘total emissions’ from agriculture are likely to increase because so much more food is produced.

Farms could be required to monitor and report on biological emissions; improvements to the Overseer software so it better models those emissions would help. Adding a urea inhibiter to all nitrogen fertiliser could also become mandatory, says Wright.

There could also be greater incentives for farmers to grow trees to offset biological emissions, gain carbon credits and absorb greenhouse gases.

During her investigation, Wright learned the biological emissions of 100 sheep could be offset indefinitely by about 6 hectares of marginal land left to regenerate into native forest. “For 100 beef cattle, about 28 hectares would be required and for 100 dairy cows, about 42 hectares.”

It’s been estimated at least a million hectares of marginal land could be left to regenerate back into native forest. “This would offset about 17% of all the biological methane and nitrous oxide currently emitted each year from agriculture for the indefinite future.”

Although carbon forests are included in our ETS, she says much more can be done as each tonne of carbon stored in a tree means almost four tonnes of carbon dioxide has been sucked out of the air.

Nathan Heath, land services advisor with the Hawke’s Bay Regional Council (HBRC) says post-Paris there are many conversations “settling in the ether” ahead of significant decision making.

HBRC is dealing with freshwater management, including “riparian planting, erosion control and sediment reduction” which all potentially have “climate change mitigation connotations”.

Heath is confident of opportunities to synchronise actions and combine resources without reinventing anything or making it more difficult for farmers to blend new approaches into their systems.

He supports carbon credits “through planting trees and vegetation as a solution to reducing carbon and nutrient runoff ”.

Wright recommends farmers invest in plantations of rapidly growing pine or eucalypts to buy some time, and instead of clearing scrub on higher altitude pasture that provide little nourishment, fencing this off so mānuka recovers into mature podocarp forest, slowing erosion, keeping sediment out of waterways and providing habitat for native birds.

She says the forestry rules now being renegotiated will be critical for New Zealand, with an opportunity to change the rules governing the recognition of carbon storage and gaining recognition for the way carbon is stored by native trees. 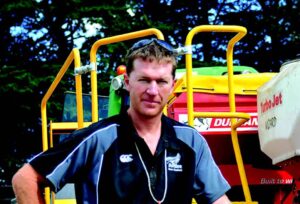 Remote sensing technology, perhaps using drones, may also allow for the recognition of smaller ‘carbon forests’ by reducing the costs of monitoring and compliance.

“This investigation has made me a greater advocate of planting trees. Photosynthesis is simplicity itself beside the arcane mysteries of the rumen and the complexities of what happens after the urine hits the soil,” says Wright.

She urges farmers to remain adaptable and take independent advice on diversification as they’re being besieged from different sources, including those with vested interests.

“In many cases, much can be done without cutting-edge biotechnology. Such advice needs to be backed up with research.”

And she says diversifying land use is not as simple as it sounds for a remote island country that exports most of the food it produces.

She suggests, the food of the future will be different “in ways we can scarcely begin to imagine”, pointing to Silicon Valley startups growing synthetic milk and meat in laboratories from animal DNA.

“Opportunities to develop and market new or different products that meet changing global demand, and emit little in the way of greenhouse gases, will be crucial to the future profitability of our agricultural sector.”