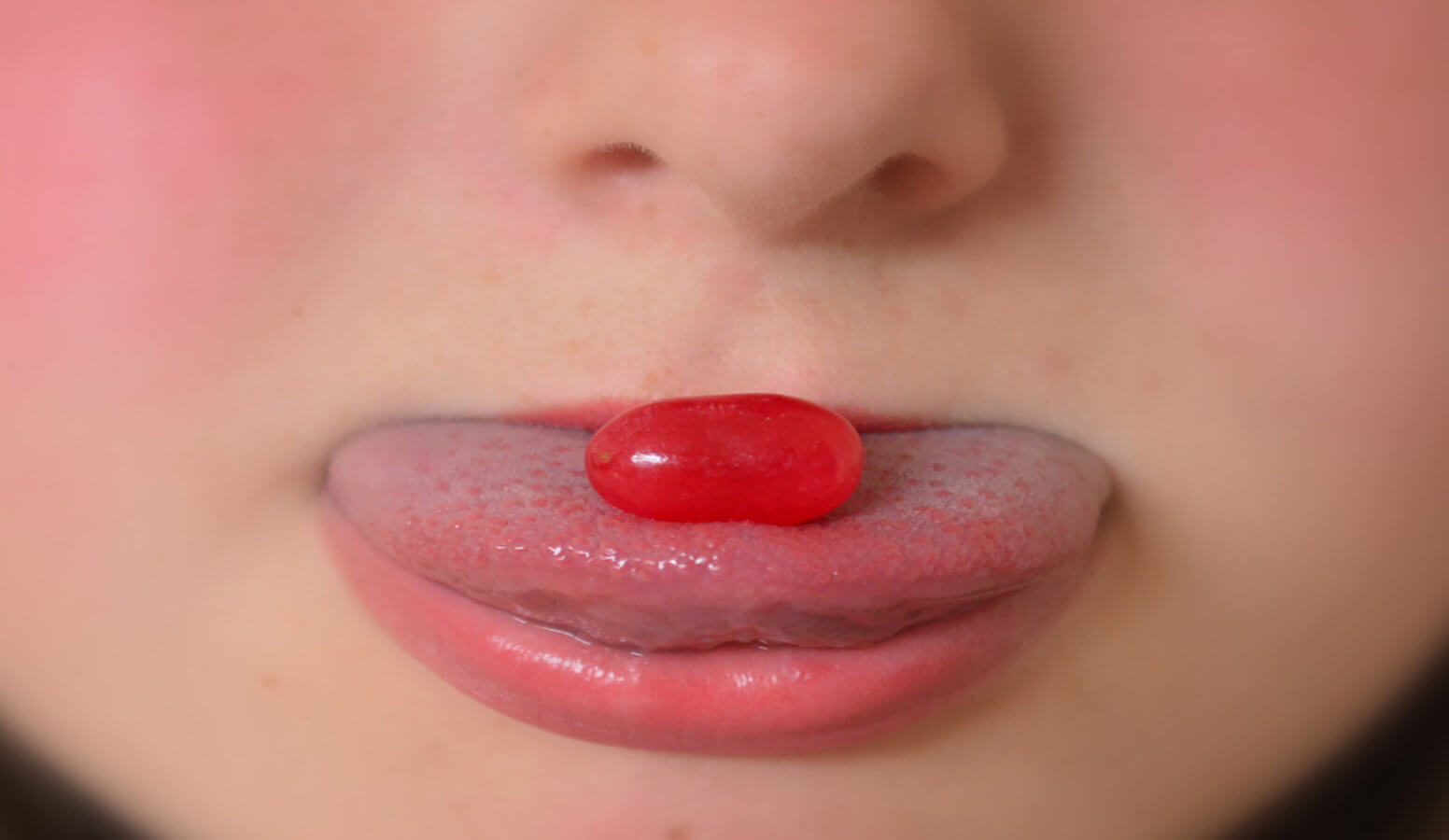 The Science of Taste

Hold your nose and give it a chew. What sensations do you observe?

Actually, even before you placed it in your mouth, especially if you like jelly beans, you’ve probably started a complex chain of reactions based on your previous memory of jelly beans, that would have signalled the dopamine reward centres in the brain, a brain that is evolutionarily wired for pleasure, which created anticipation, which created craving, which created salivation.

This is one of the many experiments EIT’s chef tutor, Korey Field uses to introduce the complex subject of taste and flavour to his level four culinary students.

“As the students move into the creation of more intricate dishes it is vital they understand how taste, flavour, smell, colour, shape, texture, temperature, and creating memory, are vital ingredients of dish design. Understanding the science behind this can help chefs create taste explosions that spread across the entire tongue, leaving an encompassing whole body tingle. This is what makes a dish unforgettable. This is good food, and keeps the people coming back for more.”

He adds, “It is the understanding and the utilisation of these fundamental building blocks that transform a ‘cook’ into a ‘chef’.”

The sense of taste
The tongue is covered in anywhere between 2,000 and 4,000 intricate barrel-like structures called taste buds. Each taste bud has between 10 and 50 sensory cells, which are connected to nerve fi bres. These specialised structures are responsible for the detection of basic tastes, pain, temperature, or touch.

Around half of these cells are specialised in detecting a basic taste, with each cell having its own preference or sensitivity for one of them. The cell still senses all the tastes, but ranks them in order of preference. The rest of the cells are responsible for transmitting the intensity of that taste – for example, how salty. These cells are renewed once a week.

Taste buds are located throughout the body. They are found in the pancreas, intestines, lungs and testes. Contrary to popular belief the tongue does not have specific zones for each taste; tastes can be detected by all parts of the tongue. The only exception to this is the taste bitter, which is sensed predominantly on the back of the tongue. This is believed to be an evolutionary protective mechanism to ward us off poisonous or rotten foods.

Taste buds are not responsible for the production of taste alone. As the jelly bean experiment shows, taste buds are part of a sensory merging that neurobiologists describe as a ‘flavour image’. This flavour image is what remains in our memories and triggers our first neurological responses when we see, reach for, smell, or think about food. These can conjure both good and bad memories.

On freeing your nose the cherry flavour floods your mouth. You are experiencing the complete essence of the jelly bean. The chewing motion broke the bean, signalled the brain to get itself ready, and released volatile molecules that travelled towards the back of the palate. As the molecules built up they were forced into the nasal cavity where they bonded with odour receptors. We can have between 350-400 different types of receptors that perceive flavour. This process is called retronasal olfaction.

The brain combines material received from retronasal olfaction with taste and texture information received from the tongue, which results in food memory.

Korey comments “when you can get taste to the back of the palate you know you’ve got a good dish, it’s about getting the best out of your raw ingredients before you begin to season”.

Super-tasters
We don’t all experience food the same. There are countless psychological and physical reasons as to why this may be. However, there is such a thing as a ‘super-taster’.

Korey introduces this to his students by ways of another experiment. “I hand each one of my students a tab of paper which has previously been covered in a small dose of a particular chemical. They place it in their mouths. A supertaster will immediately sense a strong bitter taste and will spit the paper out. A student with an average taste capacity will sense the bitter around 30 seconds. The remaining students will not taste anything at all.”

Super-tasters are people who have a higher number of densely packed taste buds. They will taste food with greater intensity when compared with ordinary tasters. Super-tasters may come across as picky or bland eaters, as strong flavours, such as bitter coffee or highly seasoned foods, are commonly disliked.

This is not the case. Super-tasters sense far more, and receive more enjoyment from the basic tastes, than ordinary tasters. Korey continued, “I feel it’s important my students understand this factor especially when it comes to criticism. I tell them when people criticise your food you must remember that people’s taste buds differ greatly. It is very likely the reason individuals may prefer one restaurant over another, is that the chef will have a similar taste to themselves.”

A truly successful chef brings all these complex elements into food design. This includes sourcing food in order to get the best-tasting raw ingredients, and then knowing how to balance the rest. It truly is a limitless art. That is only part of the equation. A successful restaurant needs to create ‘food memories’ that are both long lasting and positive.

Next time you eat something, be conscious of all the different interactions that come into play as you tuck into your favourite meal. And savour the experience.