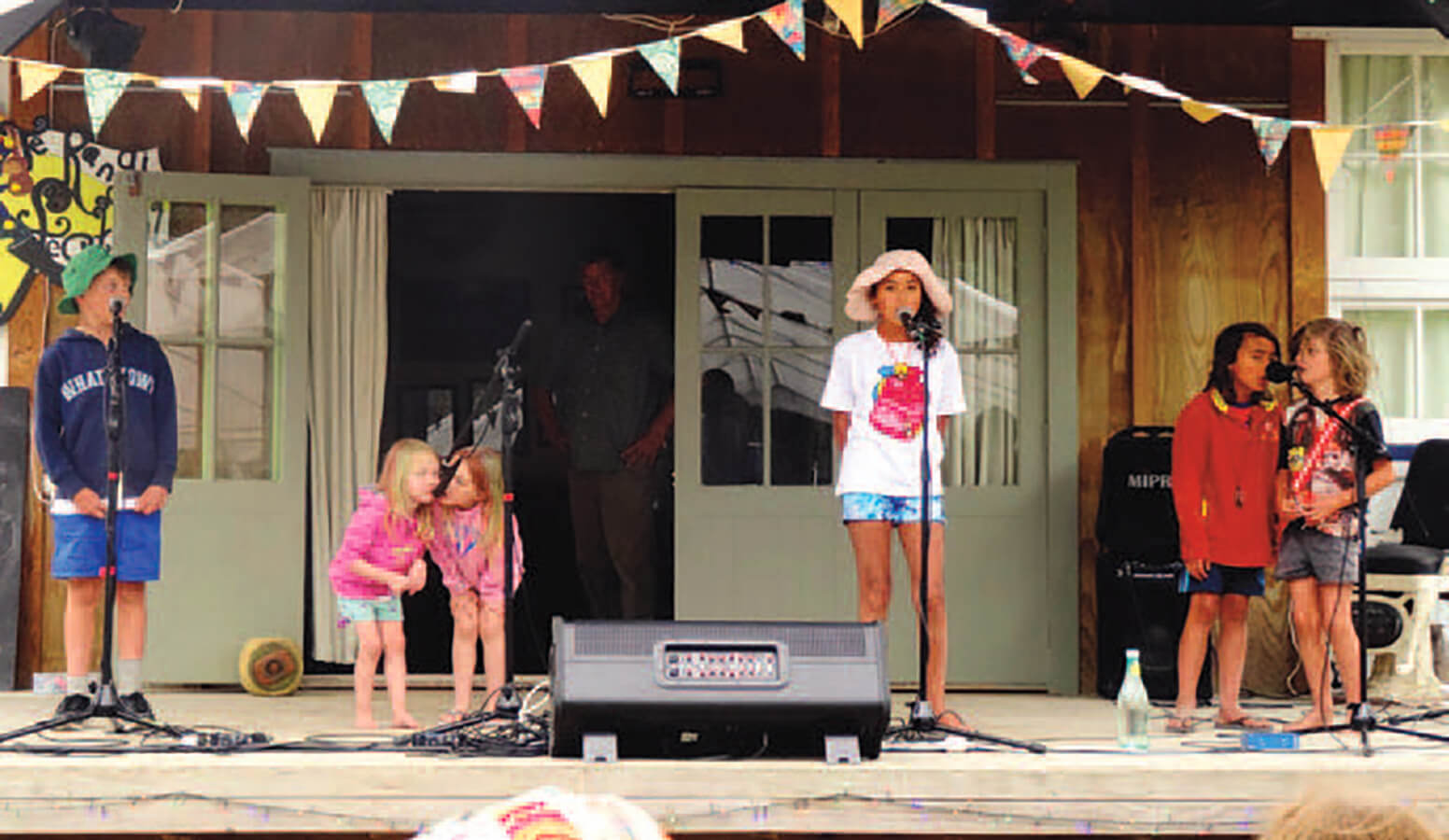 Letter from the Country March April

The whanau, the wwoofers, even the grandies had been working for months, preparing for the yearly musical invasion. I smiled happily as the cow poo pile rose higher and higher in my compost bins. I smiled happily as I saw our funny little farm revel in her annual haircut.

The now famous pop-up cafe appeared under the leafy shade of the giant 120-year-old chestnut trees. A refreshed sandpit neighboured the foosball pit, a human-sized game carved out in the dreadful heat by Peter and brother Michael.

I could see it all. Sun-deprived friends from around the motu, friends who spoke of a lost summer and desolate days, friends who would, for five glorious days, bask in the warmth, the heat of the Hawke’s Bay sun … and when they had gone, then we would pray for rain. I was smug with happy anticipation.

Oh yes, I did afford a glance or two at the weather forecast and they did speak of wind, rain and bitter cold for that particular weekend, but what did the Met Service know? I had only to look outside at the fine dust clouds that puffed at every foot step, the hills so dry and devoid of life that you could see a mouse run across the paddock … cold wet and windy! Not a chance.

Of course I was wrong, and to the Met Service I unreservedly apologise.

As the first night concert drifted musical gifts across the valley I searched out the banished blankets. Filled hotties and blankets were laid out on chairs and were swarmed by the chilled guests. By night’s end 140 hot water bottles had found their way into campers beds and for the first time my hot water bottle wall was decimated. Multiple shopping addiction syndrome justified at last!

Wind joined the party, angrily attacking sound systems and bringing the marquee to its knees. Jackets and coats danced an o -and- on-again tango as temperatures fluctuated and an occasional echoing drip was heard as rain found its way to the empty tanks.

And pack-up day? Thirty-eight degree heat and nary a breath of wind … of course.

But it didn’t matter. What mattered was that we were all together again … this wonderful group of ever-expanding friendships, friendships spanning forty years and several countries. Brought together by music, what really ties us are the relationships, the love, the laughter, the tears.

And as some of us get a little creaky and grizzled we don’t need to worry, our children and their children are taking our places … which is just as well because, as 11-year-old James, my eldest grandson, innocently observed, “You’ll be at my 21st Grandy, but you won’t be moving much.”

As a footnote … two weeks after the gathering, it is raining! I can smell the parched earth gulping. Proper rain. It may not last. I hope it does. Our wetland is cracked and the river dry.

A black rabbit has come to visit my garden. I shouldn’t like him but I do. My brothers up the hill report two black rabbits. Where there are two rabbits there are one hundred rabbits. Peter has just had his gun licence renewed. Run rabbit run!