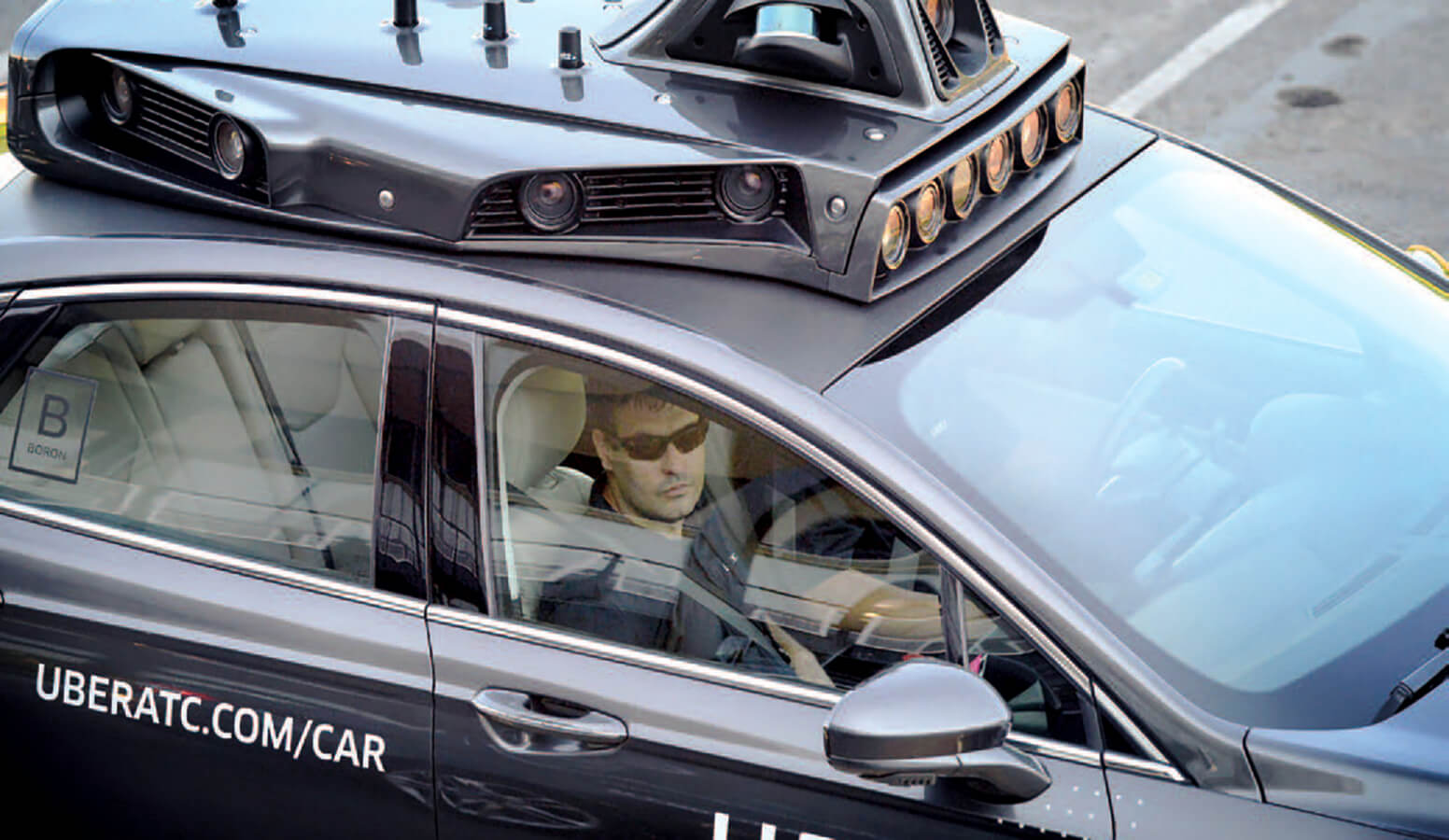 The digital world is moving too quickly for a lot of people. Business models are changing fast, and lifestyles are struggling to keep up.

My wife George and I recently got the chance to see what was happening at Ground Zero in the tech world: San Francisco and the greater Bay area in California.

Friday night, San Francisco International Airport. Just landed. It’s cold and raining. I open the Uber app on my phone, it instantly senses my location (and it gets it wrong, of course). The app shows a map with Uber cars moving around the airport concourse, looking like slaters under a pile of damp fi rewood. Uber tells me the nearest driver is three minutes away and the ride will cost US$31 dollars. I assume this is a fair price (I have heard horror stories of passengers getting charged hundreds of dollars at peak times). I pay instantly with Android Pay and Uber tells me the model of car and the licence plate number I need to be looking for.

A few seconds later, a white Prius pulls up and a Chinese driver who can barely speak a word of English jumps out to grab our suitcases. We get into the brand-new hybrid vehicle and enter the traffic at 75mph (120 kmh) in four lanes of Friday night traffic on the rain-slick US 101 motorway as his dashboard-mounted iPhone calmly reads instructions like a female Mandarin-speaking rally co-driver.

Despite all the apps and gadgets in the car we get lost. The driver is so busy showing me his Sirius XM satellite radio that he’s barely watching the road, and we miss a turn and then he asks me where we should be going. I tell him that we’re not from around here and then he asks me if we are from Australia. Finally I see the sign for our hotel. I don’t tip the driver.

The purpose of our trip to the US is to attend a huge software conference called SaaStr, a three-day extravaganza in a vast auditorium in downtown San Francisco. This year more than 10,000 people from 47 countries have descended on the city to meet the high priests of the digital economy, the Silicon Valley venture capitalists, and to learn from the most successful SaaS founders, who are often rolling the dice on their third or fourth company.

The founder of the conference introduces the event by apologizing profusely for the Trump travel ban, which has prevented more than 50 attendees from countries like Iran and Syria from attending. The Californian tech industry relies so heavily on immigration to mitigate its huge labour shortages that there is a real feeling of despair at the travel ban. No one wants to fund a start-up company with no skilled engineers, and all the good ones have already got jobs paying $200,000 at Facebook or Google.

As expected, the conference is the most digitally-enabled event I have ever seen. It all revolves around a mobile app for the event with a comprehensive interactive schedule of all the speakers, sessions, after parties, sponsors, and vendors. A huge force of volunteers scrambles to keep everything moving, and without the digital transport provided by Uber and its archrival Lyft, I have no idea how most of the attendees would have got there.

These digital car services are really fast, cheaper than taxis, and incredibly easy to pay for. All the drivers are pleasant and courteous. We even had a ride in a fully pimped boy-racer Honda Civic. The exhaust was so loud my ears were ringing afterwards. If this is the future of taxis, then it’s great … for the customers. I’m not so sure it’s all that good for the drivers. Most of them are doing it to eke out more money. A lot of them have at least one other job, and are registered for more than one online car company. Eventually autonomous cars with no drivers will probably replace them. Such is the digital life.

Like most online services, Uber and Lyft are always asking for you to give a rating out of 5 stars. The ratings are vital for the drivers. One driver tells me the best way to get good ratings is to keep silent. Another driver o ers us chewing gum and bottled water. One has a huge bag of bottles of iced coffee on the floor and tells us to help ourselves.

The dining experience is changing rapidly too. In American cities, it can be really hard to reserve tables at decent restaurants. OpenTable is a phone app that shows you all the restaurants around you that have tables available. You just enter the number of people in your group and pick your time. You choose your restaurant and a few seconds later, you’re all booked.

Like most self-serve online reservation systems, this only causes problems when you’re not paying attention, and then it can lead to bizarre results. For example, we accidentally chose 7 am instead of 7 pm for a dinner reservation. In Hawaii we accidentally booked a restaurant that was on a different island.

In San Francisco I used a mobile app called UberEats to order delivery food from a restaurant. As you might expect, UberEats is an o shoot of Uber. When you’ve got all these drivers cruising the city ready to pick up people and drop them off, you might as well use them to deliver all sorts of other stuff too. I picked food from a menu in the UberEats app, with photos of all the dishes (and ratings out of 5 stars, of course). As the delivery was happening, the app gave me continuous updates of the estimated delivery time and updates of how the process was going.

Now I have had a snapshot from the forefront of the global digital economy. It’s transforming the lives of the people here faster than any other place on the planet. From what I saw, be prepared for some big changes coming soon to our own Bay.