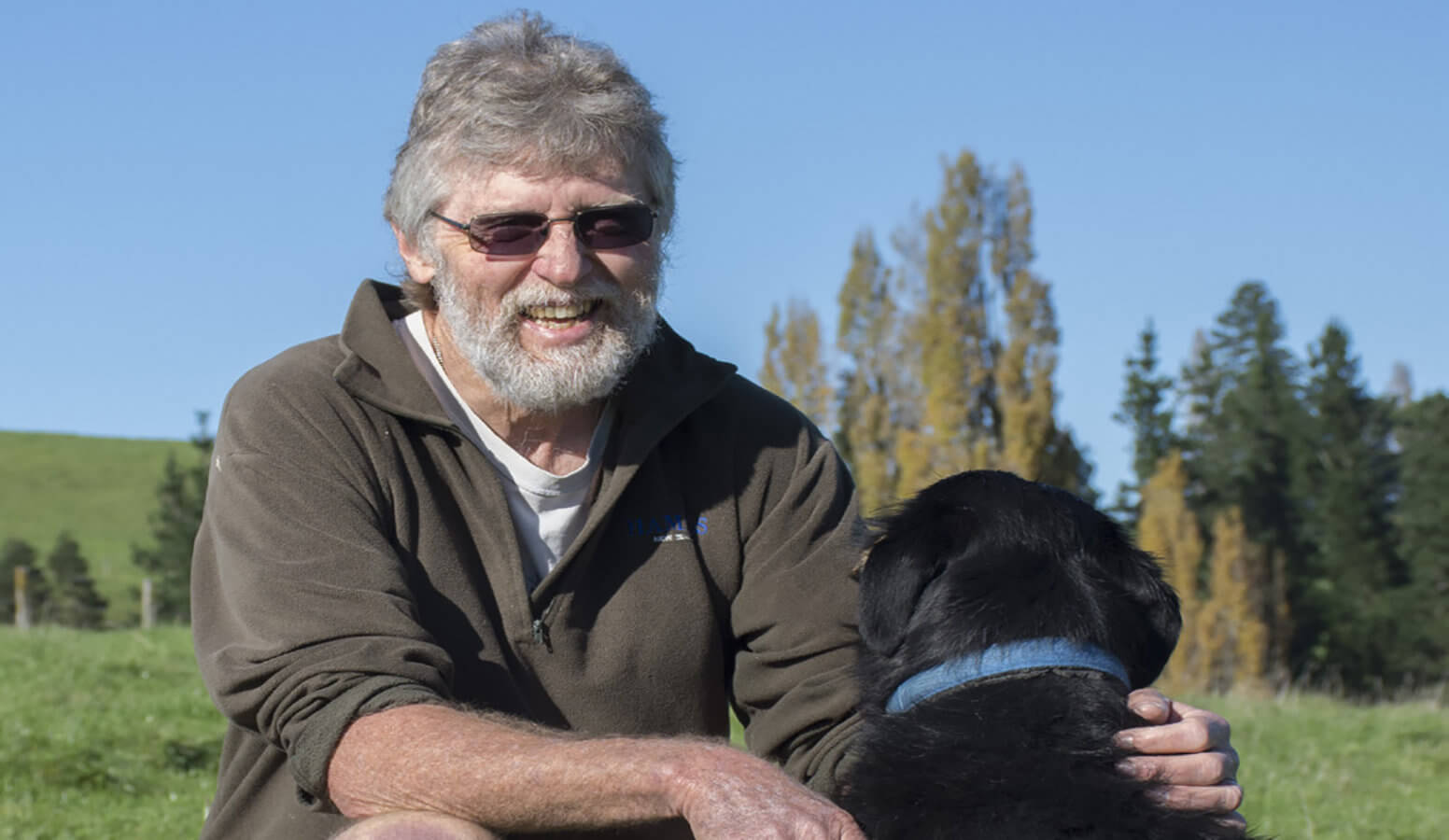 As we approach the ultimate end of the long drawn-out Ruataniwha Water Storage Scheme (RWSS) process, it is imperative that we review the environmental aspects of the dam and what is at stake.

Although a resident of Central Hawke’s Bay, I’m also aware that it’s not just this district that will be affected, environmentally speaking. The Tukituki also courses through Hastings District, flowing into the Pacific between Clive and Haumoana. So whatever happens in the upper reaches of the Makaroro, Waipawa and Tukituki Rivers will affect everyone living and recreating along the banks of its entire length, as well as the inshore coastal environment of Hawke’s Bay both to the north and south of the river mouth.

Firstly, as a long-time member of Forest & Bird, my main concern is the 22 hectare parcel of Ruahine Conservation Park land situated within the dam footprint. This is the land proposed to be ‘swapped’ for 170 hectares of Smedley Station as ‘compensation’ for its inundation and destruction. Without this parcel of land becoming available, the dam will not be built in its current location, hence the legal battle between DOC, HBRIC and Forest & Bird.

On the face of it, it sounds like a good deal, but the devil is in the detail. The detail reveals that there is significantly more native bush and fauna habitat within the dam footprint than just the 22 hectares of DOC land. According to HBRIC’s own environmental consultants, Kessels Associates: “A total of 185.18 ha of ecologically significant indigenous vegetation and habitats would be flooded by the proposed reservoir, or covered over by associated infrastructure including the dam structure, new access tracks and soil disposal sites.”

This fact shows the so-called land ‘swap’ in a totally different light. In reality what will occur is that every bit of bush within the 450 hectare dam footprint will be destroyed. Adding the Smedley land to the DOC estate will never compensate for this loss.

Additionally, as Forest & Bird asserts, if the land ‘swap’ is allowed to proceed, it will set a legal precedent for the rest of New Zealand’s conservation estate, allowing economic interests to routinely override environmental interests and values. No effective protection from commercial exploitation will remain.

This is evidenced in the ‘Bay Biz’ column in Hawke’s Bay Today (14 Feb 2017) by Chamber of Commerce CEO Wayne Walford, who asserts that the current legal action by Forest & Bird against DOC is “holding up 30 DOC land swaps across New Zealand”. To me this was a startling revelation, as I was personally unaware that there were more than two or three, but considering that Mr Walford is a National Party insider, I have no reason to doubt his claim.

This is ample proof that for some in NZ, the environment is nothing more than a ‘resource’ to be exploited for commercial gain. The commercial threat to our environment is in fact much larger than previously thought. Given that over 85% of New Zealand’s native forests have already been destroyed by human activity, this is unconscionable, and no longer acceptable in contemporary society.

Secondly, the fauna and flora within the dam footprint are uniquely adapted to their environment. The native fish that inhabit the seven kilometres of the Makaroro River and its main tributaries along this stretch, Dutch Creek included, will either not survive the inundation, or will be forced upstream in the Makaroro and tributaries where they will compete with already resident aquatic life for an ever-diminishing food source.

Although it is unlikely, according to Kessels, that there will be localised extinction of native species, there will be a significant reduction in numbers as a result of habitat loss. And considering that 74% of native fish species are already endangered or threatened with extinction, according to freshwater ecologist and Massey University lecturer Dr Mike Joy (see Polluted Inheritance), the building of the dam will make a serious dent in the remaining native fish populations in the upper Makaroro.

This threat has increased from only 20% endangered or threatened as recently as the early 1990s. Dr Joy writes: “Tellingly, New Zealand now has the highest proportion of threatened and at-risk species in the world. Around one-third (2,788) of all native plants and animals are listed as threatened or ‘at risk of extinction’, and a further one-third as ‘data- deficient’”. He notes that the latter tend to be the ones that are rare or can’t be found, so the endangered number could be much higher.

Thirdly, the pro-dam lobby has attempted to justify the destruction of the habitat within the dam footprint by claiming that the area has been extensively logged and modified, and therefore building the dam will: a) have an insignificant effect on the local environment, and b) will actually improve and enhance the environment, particularly downstream of the dam, through flushing flows and increased minimum flows.

This argument is countered by the fact that within the dam footprint no plants or trees will survive the inundation. Kessels’ survey of the area identifi ed pockets of native bush that escaped the loggers, and contain native trees in excess of 300 years old. No amount of mitigatory planting or restoration of other existing pockets of bush will compensate for this for a long, long time … if ever.

My own experience of dams, encountered during two tramping trips into the Mangahao catchment behind Shannon in 2016, is that large dams and reservoirs are virtual ecological deserts below the waterline. And, like the fl uctuating water levels in the Mangahao reservoirs, the Ruataniwha dam water level will rise and fall by up to 25 metres every year, possibly more, depending on irrigation demand. The illusion of a tranquil ‘Lake Makaroro’ as a recreational paradise is just that – an illusion. The area between the high and low storage level will be largely lifeless desert, and an ugly visual blot on the landscape.

Regarding flushing flows, scientific evidence indicates that these are effective only and largely within the first five to ten kilometres from source. The modest releases proposed for this dam would not have nearly the same power or endurance of natural fl ushes brought about by sustained periods of rainfall. Moreover, the flushing flows will only benefit the Makaroro River downstream from the dam wall, and the section of the Waipawa River downstream from the confluence with the Makaroro River.

The Waipawa and Tukituki rivers above the confluences, as well as the Mangaonuku, Tukipo, Makaretu, Maharakeke, Mangamahaki, Papanui and numerous other tributary streams and rivers will not benefit at all from these so-called beneficial flushing flows.

Fourthly, allowing the dam to be built will have a signifi cant negative impact on the remaining biodiversity in not only the Makaroro catchment, but in Hawke’s Bay as a whole.

According to Dr Marie Brown et al in their book, Vanishing Nature, New Zealand’s biodiversity is under serious threat from not only introduced weeds, pests and predators, but also from commercial development projects, including irrigation dams. They further state “Biodiversity loss, like climate change, is a symptom of unsustainable production and consumption systems”, of which the Ruataniwha Dam is a prime example.

Considering that the Hawke’s Bay Regional Council is a major promoter and supporter of the Hawke’s Bay Biodiversity Strategy launched in 2016, it is supremely hypocritical to preach biodiversity and yet be a party to major habitat destruction though its wholly- owned subsidiary, HBRIC.

Additionally, the dam will contribute to global warming through, firstly, the deforestation that will occur within the dam footprint during the construction process, and secondly, the release of methane gas following the filling of the dam by the vast quantities of decomposing vegetable matter below water level.

The economic case for the dam is premised upon substantial farming intensification. Proponents claim that the Plan Change 6 (PC6) requirements for CHB farmers to complete Farm Environmental Management Plans (FEMPs) will sufficiently rein in added nutrients from intensified farming to prevent further deterioration of the water quality in our rivers, streams and aquifers. This claim is disingenuous at best and a blatant untruth at worst.

According to PC6, an in-stream dissolved inorganic nitrogen (DIN) level of 0.8mg/L must be achieved for the catchment by 31 Dec 2030. Given the overall DIN limit, there is very little headroom for intensification and greater fertiliser use, given that many of the sub-catchments within the dam irrigation area are already over the 0.8mg limit. For example, I farm in the Maharakeke/ Porangahau sub-catchments, where the DIN is already 1.2mg/L – already 50% over! It’s obvious that to achieve 0.8mg/L would require a reduction in nitrogen use, rather than intensification.

However, when PC6 nitrogen leaching limits are applied to individual farmers, there is considerable scope for intensified farming, particularly for farmers who have signed up for RWSS water. On my farm, the leaching limit is 22kg N per hectare, but my calculated leaching rate is currently 11kg/hectare. This would give me scope to double my fertiliser use, and still be within limits .

In HBRIC’s view farmers who have signed up to the scheme are not subject to the overall DIN limit, and can therefore happily intensify their farming practices as long as they stay within their individual leaching limits, whatever the overall impact on the catchment. I can only conclude that HBRIC and farmer sign-ups to the dam have no intention whatsoever of meeting the DIN limit. Unless the dam is stopped, or the limits are reviewed by some legal means, our environment will continue to deteriorate from further pollution if the dam is built.

In conclusion, Shaun Barnett, former editor of the Federated Mountain Clubs of New Zealand’s FMC Bulletin, states in their August 2008 edition, referring to the then issue of the Mokihinui hydro dam: “But if we say yes to destroying a whitewater river like the Mokihinui, if we let ourselves become seduced by bribes, what are we inviting? More dams, more wild rivers lost, more acquiescence to the lie that we can continue unabated growth with economic growth and resource consumption … We can’t continue to make bloated demands that are beyond the Earth’s capacity to meet. It is time for restraint … and for saying no.”

This quote is just as relevant to the RWSS, and I pray that our Regional Council has the vision and the guts to stand up for the environment, and say “No” to the Ruataniwha dam.