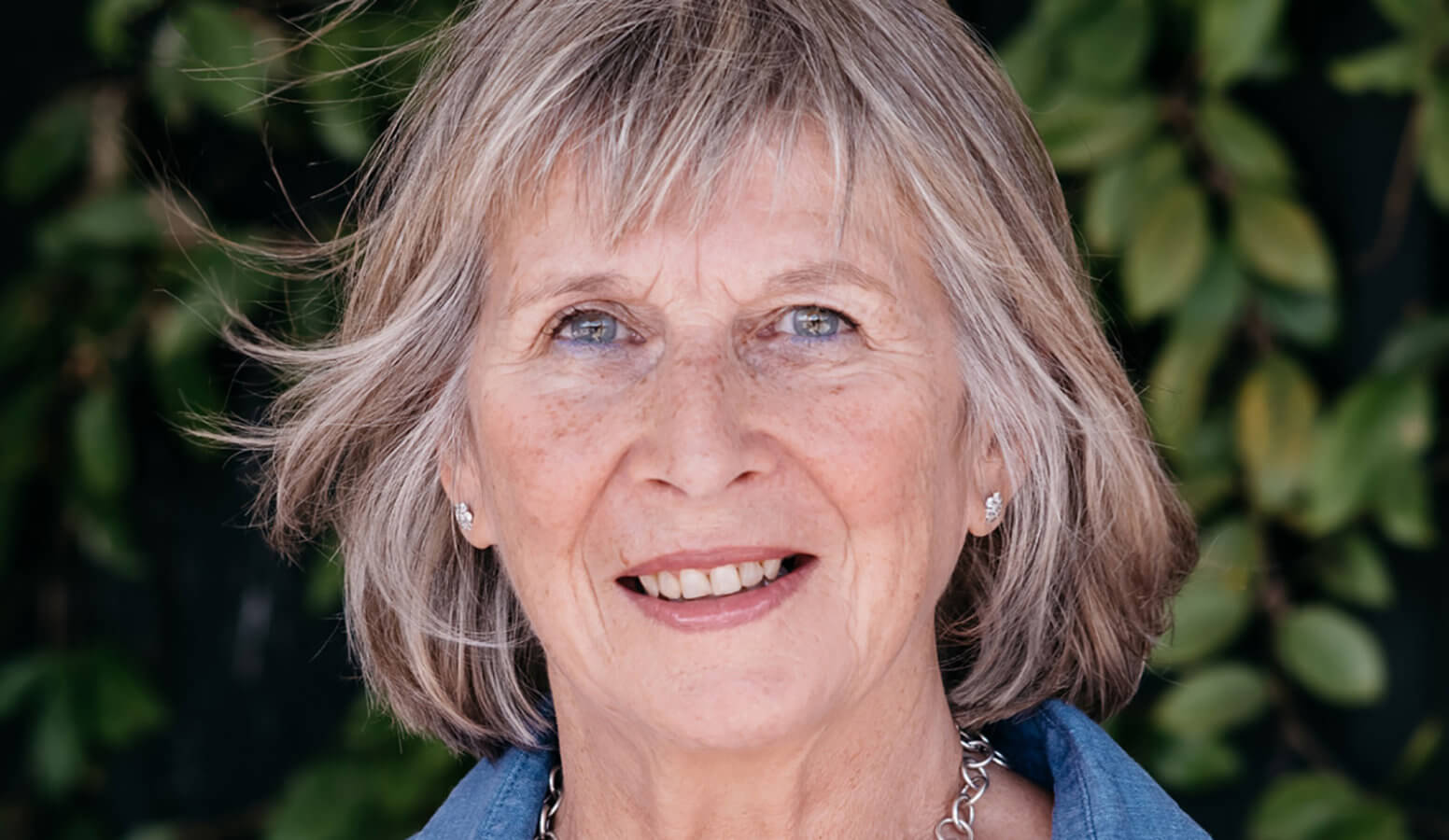 The long journey towards compassionate law change in NZ to enable end of life choice and aid in dying has included many good things.

The huge interest; the really good conversations; the multiple polls confirming that this is what most of us want; clear, competent, reassuring research; powerful legal arguments to define how such change may safely be defined; and finally, in response to a petition presented by Maryan Street, a Health Select Committee enquiry.

What most of us – 66%-82% in various polls – are seeking is legislation to allow people living in NZ, experiencing unbearable suffering as they are dying, to be able to choose to access help to end their lives.

Ethan Remmel, when he was dying of cancer, pointed out it is “not a choice between living and dying, but between different ways of dying.”

Dr Jack Havill sensibly points out that no more people will die, but fewer will suffer.

Archbishop Desmond Tutu, now 85 and living with prostate cancer, says: “Dying people should have the right to choose how and when they leave Mother Earth. I believe that alongside the wonderful palliative care that exists, their choices should include a dignifi ed assisted death. When my time comes, I want the option of an assisted death.”

The actual numbers for whom this is necessary are very small. Reports from Oregon and Washington in the US quote, respectively, 0.39% or 3.9/1000 deaths and 0.32% or 3.2/1000 deaths. Representing about half the people who accessed the legislation, many didn’t need to use it, but describe knowing that they could as priceless.

The Select Committee has received an unprecedented number of submissions, about 22,000. Simon O’Connor, who chairs the committee, has remarked how humbling this experience has been and has distinguished between the ‘personal’ submissions and the generic ones on forms printed out by ‘anti’ organisations. The committee is still working through hearings, but still hopes to report on time in May.

I have read many of the submissions and listened to many people, arguing for and against. It is striking that the ‘anti’ lobby often talk about fears, ethics, sanctity of life and beliefs in a detached and theoretical way, which makes me wonder how many have ever been exposed to the gritty reality of a truly di cult death.

This is in sharp contrast to the thousands of heart-breaking, gut wrenching experiential stories told by those who have been there with someone they love, and absolutely understand unbearable suffering. Many are still struggling, living within the long shadow such deaths cast over many lives.

In New Zealand, 66%-82% of us want law change, in the latest poll only 12% were firmly against. As one of my elderly patients commented, “Those politicians must be very scared of that 12%!” Interesting comment as it is well understood that fear is often what stops us from doing what we should.

A recent poll in the UK showed that 82% of those polled wanted law change; 44% said they would risk prison and break the law to help a dying person suffering unbearably. And 53% of those polled would think more positively about an MP who supported assisted dying, compared to 10% who would not.

We know that while good hospice/palliative care (H/PC) is often adequate, it is not always enough. According to Australian fi gures, 10%- 15% of H/PC patients su er unbearably while they are dying, about 25% of hospice patients ask for help to end their lives; about 10% need terminal sedation.

H/PC is often good at controlling pain, but that is no longer our greatest fear; which may be an acknowledgement of the competency of H/PC with pain relief, but its inability to deal with su ering. Fears of loss of autonomy, loss of dignity (for example, becoming incontinent or demented), being unable to ‘live’, and fear of unbearable su ering, worry us more.

Dr Rodney Syme (writing in the Sydney Morning Herald, May 2015) describes how Associate Professor Alex Broome spent six months embedded in a Catholic hospice, interviewing doctors, nurses and patients. “He found an atmosphere of tension, with death in the air, a place of unbounded and hopeless bodies. Patients had a sense of impotence; they were subdued within the hospice’s ideological frame, with a sense of entrapment. He found among the patients virtually unanimous support for assisted dying, but the hospice was totally opposed.”

According to Cardinal Pell, almost 60% of H/PC in Australia is provided by the Catholic Church.

I was, for decades, a hospice doctor. I know well what a profound difference good H/PC can and does make. However, H/PC services in NZ are historically and currently underfunded and under strain. We have an ageing population and increasing numbers of possible medical interventions which may prolong life, but not improve the quality of that life.

There is a national and international shortage of well-trained staff; there are many unfilled vacancies. Quality of care and ease of access to that care remain variable.

Hospice NZ and some hospice doctors and nurses have taken a vehement ‘anti’ stance in NZ; however, here as in other countries, many are neutral or pro law change. It is useful to notice that in Belgium aid in dying and H/PC are firmly integrated and work well this way, with no evidence of the incompatibility or ethical conflict that has been suggested.

In Oregon, H/PC have now abandoned their ‘anti’ attitude and are working towards integration. Compassion and Choice and Dr Linda Ganzini have published extensively about their years of experience, and have repeatedly emphasised that in Oregon as in other jurisdictions where aid in dying is legal, mandatory referral to hospice is part of the process and has resulted in improved funding and better standards of care. When I was discussing these issues with final year medical students in Christchurch last year, they were quite comfortable with the idea of integration, seeing it as safer and easier for patients, their families, medical and nursing staff.

I still have some sympathy with the H/PC position. Once upon a time, I too believed H/ PC could fix things so everyone ‘died nicely’. That was a long time ago and that belief now looks like arrogance or ignorance; the reality is manifestly different.

I believe that H/PC and those of us who see end of life choice as a good and essential thing have more in common to unite us than we have differences to separate us. We are all human, we all have to face death sometime; we all want that to be peaceful and free from suffering. None of us want to endure or watch an agonising death.

Atul Gawande (Being Human) says, “It is heartless not to o er people in unbearable suffering, the opportunity to end their lives.”

I applaud the courage and honesty of the New Zealand Nurses Organisation, which has recently revised its position statement:

“As patient advocates, NZNO can no longer take a neutral stance in relation to Assisted Dying (AD). NZNO has chosen to take a principled approach to AD, and to advocate for individuals to have the option or choice of AD. Accordingly our concern is focussed on the impact of legislative changes that may affect the day to day practice of nurses who work with dying people.”

Professor Sam Ahmedzai, who spent time in Oregon to see for himself how their legislation works, has long advocated for medics to shift from anti to neutral, acknowledging the obligation to deal with the expressed needs of patients, their families and all those who care for them.

A study of GPs in Waikato discovered that 45% are in favour of law change. Studies have also confirmed that in New Zealand compassionate doctors and nurses are already involved in hastening death for those suffering unbearably. Risky for all involved.

Most of us would like to die peacefully at home; most of us don’t. Research from the US has found that about 40% die in hospital and 60% of these hospitalisations include an ICU admission. The authors comment that ICU care at the end of life appears unwanted and futile.

In other words, there as here, the health system is failing to deliver what people need as they approach inevitable and imminent death.

This issue potentially affects each and every one of us.