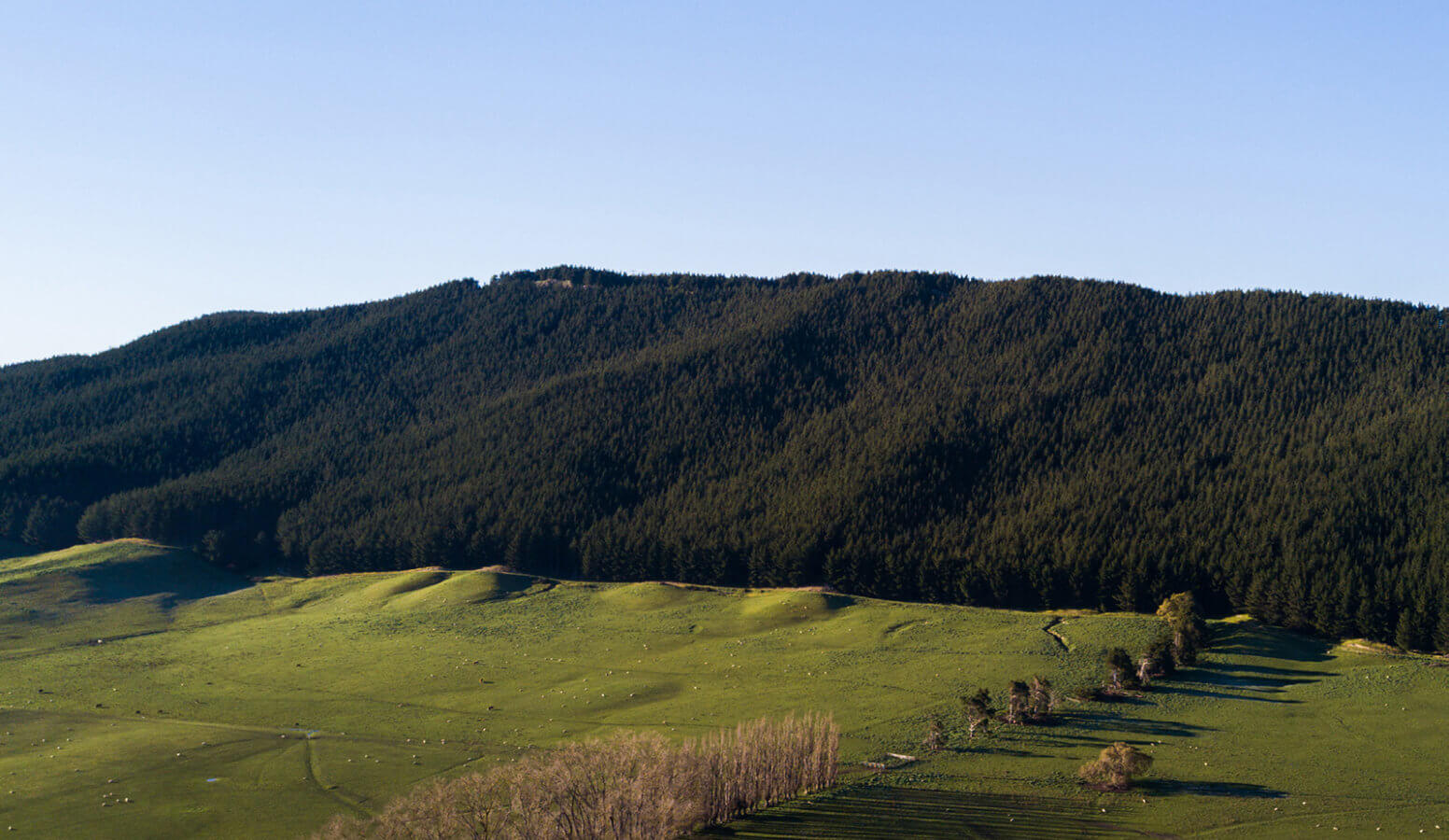 New Zealand will have to wean itself off intensive agriculture, plant vast forests, commit to vehicles and factories powered by 100% renewable electricity or continue to buy carbon credits to cover its backside if it’s to meet Paris Agreement climate change commitments by 2050.

    THE NET ZERO IN NEW ZEALAND report released in April by UK-based Vivid Economics, tries to unpack the stark implications of what the country has committed to by proposing core scenarios backed by government policy.

Massive changes in land use are recommended, favouring forestry, horticulture, cropping and biofuel production; and dairying will need to deploy undiscovered technologies to limit agricultural greenhouse gases if it’s to remain a significant export earner.

Globe-NZ, the local chapter of the international parliamentary climate change group, comprising 35 MPs of different political persuasions, commissioned the report, pitched as a pathway to meeting our zero-emission obligations.

However, the report’s recommendations were overshadowed by a briefing paper to Energy Minister Judith Collins on her first day in the job in late May, revealing a plan to pay other countries $1.4 billion a year or $14.2 billion over the next decade in carbon credits to offset our emissions.

In other words, the government has agreed on a trade-off using our Emissions Trading Scheme (ETS) so we can continue with our high level of emissions, particularly in the agricultural sector, while it figures out other domestic measures. 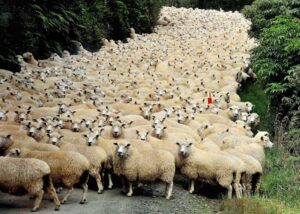 The ‘pay to pollute’ option flies in the face of the Net Zero recommendations, which urge New Zealand to make drastic changes to industrial, domestic and agricultural processes that contribute to greenhouse gases.

The Net Zero report is designed to help decision-makers restructure New Zealand as a low-emission economy by identifying robust strategies, key trade-offs and possible perverse outcomes for land and energy use.

The options include reducing dairy, beef and sheep numbers by 20-35%, planting up to 1.6 million hectares of extra forests, a massive shift toward electric or bio-energy generation for industrial processes and to “decarbonise freight” through electric vehicles (EVs).

Filtering the filth While forestry can absorb about 30% of gross emissions, the Globe-NZ report says we’ll need alternative strategies from 2050 as forests reach maturity, and emissions are released during timber harvests. This will include bio-energy, carbon capture and storage (CCS) and “unforeseen technologies”.

While forestry is pivotal to achieving the net zero trajectory, the report concedes changes in land use may create difficulties for rural economies and mean lost opportunity to reintroduce native habitat.

While the government is currently reviewing the ETS, the Globe-NZ authors recommend a more robust and significantly higher-priced ETS, with exemptions on agriculture removed. Emissions from the farming sector make up nearly half of New Zealand’s greenhouse gases, the highest ratio in the OECD.

While the report is the first multiparty attempt to quantify the costs, benefits and barriers to reaching zero emissions, or at least to be heading in that direction by the second half of the century, it is non-binding.

Like meat industry commentator Allan Barber says, the government must get buy in from the various sectors for a workable strategy everyone can agree to. “It requires a mandate to continue its work…otherwise Beef + Lamb NZ and Dairy NZ for example, may end up being forced to comply unwillingly with decisions made by others.”

The ‘pay to pollute’ option flies in the face of the Net Zero recommendations, which urge New Zealand to make drastic changes to industrial, domestic and agricultural processes that contribute to greenhouse gases.

He believed the economy was already diversifying significantly and said the government was working with farmers to ensure they were investing to deal with the impact of climate change.

In May it asked the Productivity Commission for a least-cost assessment of moving to a low-carbon economy to achieve reductions of 30% below 2005 emission levels and 11% below 1990 levels by 2030. 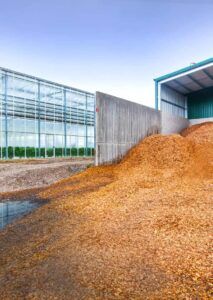 Climate Change Minister Paula Bennett said this would enable proper assessment of the economic trade-offs needed although forest planting and further emission reduction would be needed beyond 2030. The commission will report back in June 2018.

Mid-May, Environment Minister Nick Smith announced an 80% “phasing down” of hydrofluorocarbons (HFCs) used in air conditioning and refrigeration industries over the next 20 years. These, he said, were 15,000 times more potent in their global warming effect than carbon dioxide.

Challenging scenarios Globe-NZ puts forward three main scenarios for meeting our climate commitments: Off Track, Innovative and Resourceful, although there’s room for a mix and match. The low-cost option, tagged ‘Off Track New Zealand’, would mean growing renewable power generation by 75% and electrifying 85% of the light duty passenger vehicle fleet.

Key to its success is a “structural shift away from pastoral agriculture”, with animal numbers reduced by 20–35%, increased horticulture and crop diversifi cation and an additional million hectares of forests.

Process and efficiency improvements would be needed in the agricultural sector, such as improving low-performing farms, breeding lower-emission livestock, new feeds, low-cost vaccines, inhibitors to reduce methane and nitrogen emissions and reducing fertiliser use.

Under this option livestock numbers remain at current levels with only ‘modest’ changes in land-use including an additional 0.5 million hectares of forestry.

Most of the proposed advances depend on technology innovation, but the report concludes this scenario “is not sufficiently ambitious” to achieve net zero.

Key to its success is a “structural shift away from pastoral agriculture”, with animal numbers reduced by 20–35%, increased horticulture and crop diversification and an additional million hectares of forests.

The Globe-NZ report claims this shift, depending on technological breakthroughs in agriculture, industrial heat and EV production, will deliver lower emissions, a robust agricultural sector and continued economic growth.

In the ‘Resourceful New Zealand’ scenario, a significant increase in plantation forests of 1.6 million hectares is mixed with the ‘Off Track’ option.

While this would provide opportunities for an enhanced forest products industry, the report warns of a difficult transition for rural economies. It could, however, deliver 65-75% reduction in MtCO2-e or an annual drop of 2.8-3.9% in greenhouse emissions, achieving net zero by 2050.

A high value is placed on technology advances in all the scenarios raised, although these are mostly still in the labs or waiting to be discovered.

Who pays and how?

The report warns New Zealand is currently lagging behind the world with its ETS pricing and any revised scheme should be accompanied by changes to market and regulatory arrangements.

Policies would need to address the way infrastructure is deployed and facilitate “substantial land use change” with “support to address barriers and market failures”.

They should encourage R&D where New Zealand has “expertise, advantages and needs”, and stimulate collaborative approaches and experimentation across all sectors.

While New Zealand’s high level of renewable hydroelectric and geothermal electricity generation gives it a “competitive advantage”, the report says the importance of the pastoral agriculture sector to “the economy and the social fabric of the country creates a huge challenge”.

We could, however, leverage our smarts in agricultural R&D to come up with innovative emission reduction measures while other nations are still dealing with industrial and energy generation priorities.

“We’ve got 100,000- 300,000 hectares of erosion prone land in Hawke’s Bay which is highly vulnerable to major storm events and the biggest driver of sediment and phosphorous in our water ways.”

Regardless, a net zero target will require “higher-value-added and lower-emissions industries such as horticulture and crops” to be part of our changed land use to sustain economic growth.

It presumptuously suggests dietary changes from animal products to “plant-based food with equivalent protein content” with a resulting “reduction in over-consumption”.

Assuming a trend shift toward veganism,the report proposes this could inform changes in land-use as part of an “internally coherent strategy of building New Zealand’s economic resilience in a low-emissions world”.

Some of the suggestions thrown up in the wake of the report include exporting edible insects, synthetic milk or lab-grown meat.

While reduction in pastoral animal numbers would have a big impact on emissions “depending on the extent of global action”, the report raises concerns about “ensuring food security”.

If New Zealand reduced agricultural production, global markets may simply go elsewhere, eliminating any benefits. If production went to “a less emissionsconstrained region” the outcome may be worse.

While New Zealand’s “flexible, adaptable economy and strong institutions” make it well placed to become a low-emissions economy, changing employment locations, new skills training and compensation for those on low incomes or vulnerable industries must be considered.

If we can’t achieve net zero in a timely fashion, we could continue to purchase carbon credits o shore through “a revitalised international emissions market”. However, over-reliance could threaten the “genuine execution” of internal efforts and our reputation, particularly if we buy from dirty countries like the Ukraine.

The Globe-NZ proposals challenge the very fabric of New Zealand’s primary production economy and would require significant incentives and compensation, including hard evidence of technology breakthroughs, particularly at a time when the government is pushing for dairy intensification.

Allan Barber says the talk about improving farm performance, lower emitting livestock and new feeds is not new, suggesting nothing positive will happen without government and industry leadership.

He says it isn’t enough to adopt far-reaching recommendations or regulations that expect farmers to reduce herd and flock size without compensation; possibly through mass forestry plantations, unless you want thousands of insolvencies, accompanied by a collapse in farm values. Other experts argue that dairy and other pastoral farmers are already finding better profit in lower stocking rates.

If we can afford and survive the changes, New Zealand could attract new lowemissions industries and export emissionreducing technology.

Or we could strike a workable compromise between the two extremes of paying to pollute through the ETS and knuckling down to address the key Net Zero action points.

In an ideal world of happy endings, we could finally live up to our ‘clean green’ branding, in a renewable energy-powered, insulated Pacific paradise surrounded by trees where everyone drives EVs and eats vegetarian.

Why? Because air transport contributes to 4.9% of human-caused climate change.  In Europe plans are being developed with an aim…

While breakthroughs in affordable storage are accelerating the shift to electric vehicles, bikes, solar storage, and increasing our reliance on…