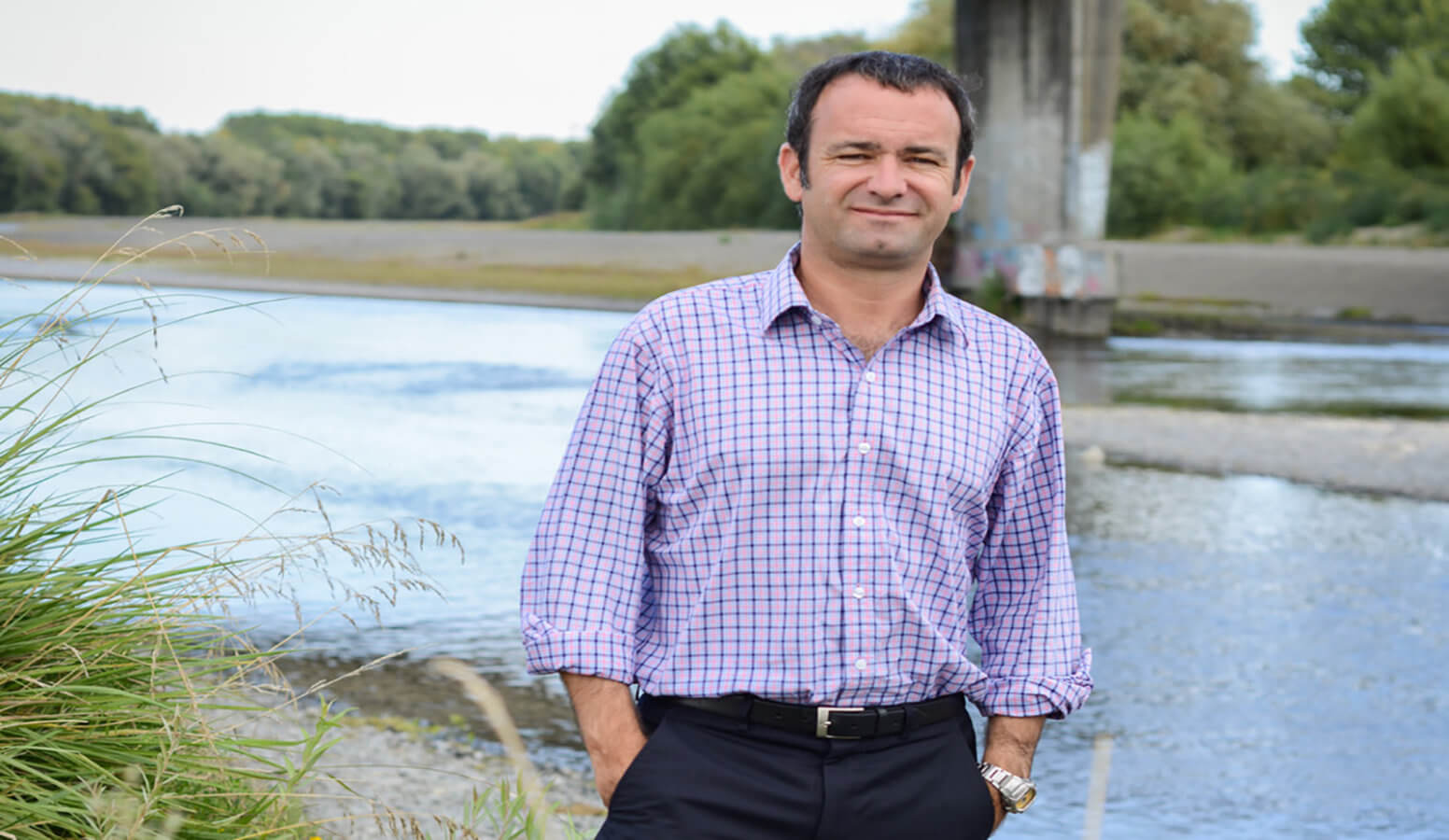 The Man with a Plan

On 19 June James Palmer took over as chief executive of the Hawke’s Bay Regional Council. As he wades into troubled waters, what might we expect?

On 19 June James Palmer took over as chief executive of the Hawke’s Bay Regional Council. As he wades into troubled waters, what might we expect?

The last twelve months have been turbulent for the Hawke’s Bay Regional Council.

The Havelock North water crisis and its political, social and financial fallout; the reappointment of controversial  Andrew Newman; an election that transformed the leadership make-up; a multi-million dollar project struggling to see a single foundation laid after seven years; questionable court cases; the resignation of chairman Andy Pearce from the council’s investment body, HBRIC; the resignation of Newman; an oil and gas moratorium putting the local body at odds with government policy; consenting controversies; stormwater and feedlot issues; and numerous fresh water challenges, to name but a few.

All this has left the community questioning exactly what is going on in the regional organisation. And should it be trusted as our environmental guardian.

And then, late in May, Bay local James Palmer was appointed the authority’s top job – a move Palmer views with both eagerness and trepidation.

“It’s exciting because of the enormous opportunities that lie ahead for the council and for the region,” he said. “[I’m apprehensive] given the scale of the challenges that we face as a region and the organisation’s role in addressing these,” he continued. “They are large, they are complex and they are long term.”

“I think you have to be prepared to be constantly surprised by how much knowledge and wisdom is held often not by experts but by people who are out there doing things every day – the farmers and orchardists on the land, the tangata whenua or volunteers.”

Not easy being green

Formally taking his position on 19 June, Palmer has hit the ground running, in part thanks to his year-plus service as the council’s strategic development group manager.

He knows that immediate issues such as the Ruataniwha Water Storage Scheme (having just completed a 400-page review of the project) and the newly identified environmental hot spots – including Lake Tutira and Ahuriri – need urgent attention. He is also aware that if the issues confronting the Hawke’s Bay environment are to be addressed successfully, long-term solutions are needed.

He says in this, the HBRC is not alone – regional bodies across the country are facing similar challenges due to New Zealand modifying its environment through deforestation to expand farming at a faster rate than any other land mass in human history.

“That was done very, very quickly, but the legacy effects are going to take some time,” he said. “As a country, we haven’t dealt with this issue particularly aggressively and we have allowed things to drift for too long. Now the chickens have come home to roost in some respects and the community is demanding action on a whole range of these issues in a way that I don’t think New Zealanders have in the past.”

Palmer says many of the problems on the council table now, such as soil erosion, are not new. “The 1941 Soil Conservation and River Controls Act was implemented after the 1938 storms here in Esk Valley that inundated an entire community with sediment from the hills. That is 75 years ago that legislation was passed and we haven’t dealt with the problem adequately.”

Then there is the 1991 Resource Management Act, which initially focussed on point source pollution such as factory and sewage discharges into the waterways.

“What was put into the too-hard basket was the more di use pollution that comes from farming, from plantation forest harvesting and from our urban stormwater networks,” he says. “They are very, very hard issues because you are talking about di use pollution coming from a whole range of sources that ends up being concentrated into our rivers. You can’t deal with it as quickly or simply as dealing with a pipe that enters a river.”

He says what people often forget is how resilient the environment is when it is given a fighting chance – like the Cape Sanctuary on Cape Kidnappers. “People had doubts that it could ever be restored to ecological function,” he said. “But that didn’t stop the land owners putting up a predator proof fence to keep the pests out of there. Now it has surprised everyone, including the scientists that worked on its recovery, just how quickly the native flora and fauna have come back.”

Palmer wants the council to build on success such as this, particularly with fresh water reform. “If we can get stock out of the waterways, get our waterways fenced o and get more and more riparian planting, we can create corridors through our landscape where native species can flourish,” he said. “We can then look at implementing a network across the region of restored and reforested areas which we can patchwork, if you like, to glue back together the environmental integrity of Hawke’s Bay.”

While he is optimistic the council can set this plan in motion, he is realistic that it will take time, money and patience – especially if climate change worsens and ever stronger storms set back the work done. “There is a real urgency around this and that is why we now just need to get on and do the job,” he said.

To make this work, Palmer says the council will be looking at a mix of regulation, education and possibly financial incentives to help landowners make the transition to different farming systems that include greater protection of water bodies.

Beyond the environmental issues plaguing the region, Palmer realises the biggest task ahead of him is regaining the trust and confidence of the Hawke’s Bay community. “Part of that I think is doing a better job of communicating the nature of the challenges we face, what the council is presently doing, and what it plans to do in the future.”

The man Growing up in Havelock North, Palmer now resides in Haumoana with his wife Mel and their blended family of three children – Isabella, Isaiah and Orlando – on a three- hectare lifestyle property, which keeps him busy when he is not working, surf casting or playing a round of golf.

Beyond his extensive time in high-level public service in central government, he has also spent time in the private and NGO sectors at Esk Hydro Power and the Ecologic Foundation respectively, in addition to a spattering of university jobs that included time working at a saw mill.

Of the latter, Palmer says it was a change in central government’s investment in innovation around the primary sector. “To take our primary sector from being very commodity-driven to being much more consumer-led and value-added, while taking a much stronger focus on its environmental performance,” he said.

While he has had his wins, it hasn’t all been plain sailing for the new chief executive – with some testing times as a public servant also offering valuable lessons. Challenges such as getting seven government departments all on the same page around natural resource management, and reform around marine protected areas – both of which he wanted to make more progress on, but didn’t. However, it is all valuable experience, and it has led him to head the regional council so he can work on cleaning up his own backyard.

Acknowledging that HBRC has been through a di cult period, he says for the local body to deliver what it needs to deliver will require “a whole bunch of other people” willing to put their resources, their e ort, and their time to work with the council.

In two years’ time he would like to see a council that is more united with itself, the wider community and with its other stakeholders, all pushing in the same direction as “team 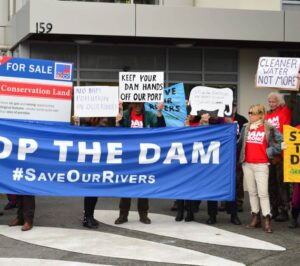 “We are going to need to build trust and confidence in the community for them to put their resources alongside ours. Whether that be farmers spending money on their farms to do things better and differently … the philanthropic sector being prepared to invest together with us in restoring biodiversity or cleaning up water bodies …central government investing alongside us in all the initiatives we have … or the other councils aligning their resources. That will require them to have the confidence that we are a good and trusted partner.”

A big call from someone, well, so green. But Palmer is determined to make this happen, and to do this his first step will be to listen so he can learn. “I have always been a really big believer that the most important communication skill is listening.”

“There is an awful lot of common sense out in the community – people observe things, they know things, they learn things,” he said. “I think you have to be prepared to be constantly surprised by how much knowledge and wisdom is held often not by experts but by people who are out there doing things everyday – the farmers and orchardists on the land, the tangata whenua or volunteers.”

Palmer says by listening to these diverse views, the status quo is tested, offering council new and innovative ways of looking at things. “It ensures we don’t become complacent in what we do when we have people nipping at our heels and continuing to ask the hard questions.”

Palmer also wants to change the focus of the regional council from outputs to outcomes – “Moving from just delivering activity to making impact.”

This is an orientation he brings to the HBRC from his time with the Ministry for the Environment, where he moved environmental monitoring from the department’s fringe to its core business, while still allowing it the flexibility to respond to the government of the day’s priorities. This work resulted in the Environment Reporting Act being passed in 2015, so the monitoring would go on irrespective who was in power.

Palmer recognises the risk that public bodies face of getting caught up in the process and as a result simply delivering services. “Often what is missed is whether they are the right services and whether they are having the intended effect.”

His goal for the council is to be the most effective and efficient it can possibly be with the resources it has to make the greatest possible impact for the region.

“In this role I will be providing the council with free and frank and fearless advice about the challenges as I see them for the region and what I believe the priorities should be,” he says. “While it will be over to them to decide whether or not to concur with that advice, or whether they take a different view, it will always be my approach to provide them with a range of options about different ways and means that the council’s resources can be used to deliver the greatest impact for the community.”

Only time will tell if Palmer is the bridge over troubled waters that Hawke’s Bay so urgently needs.