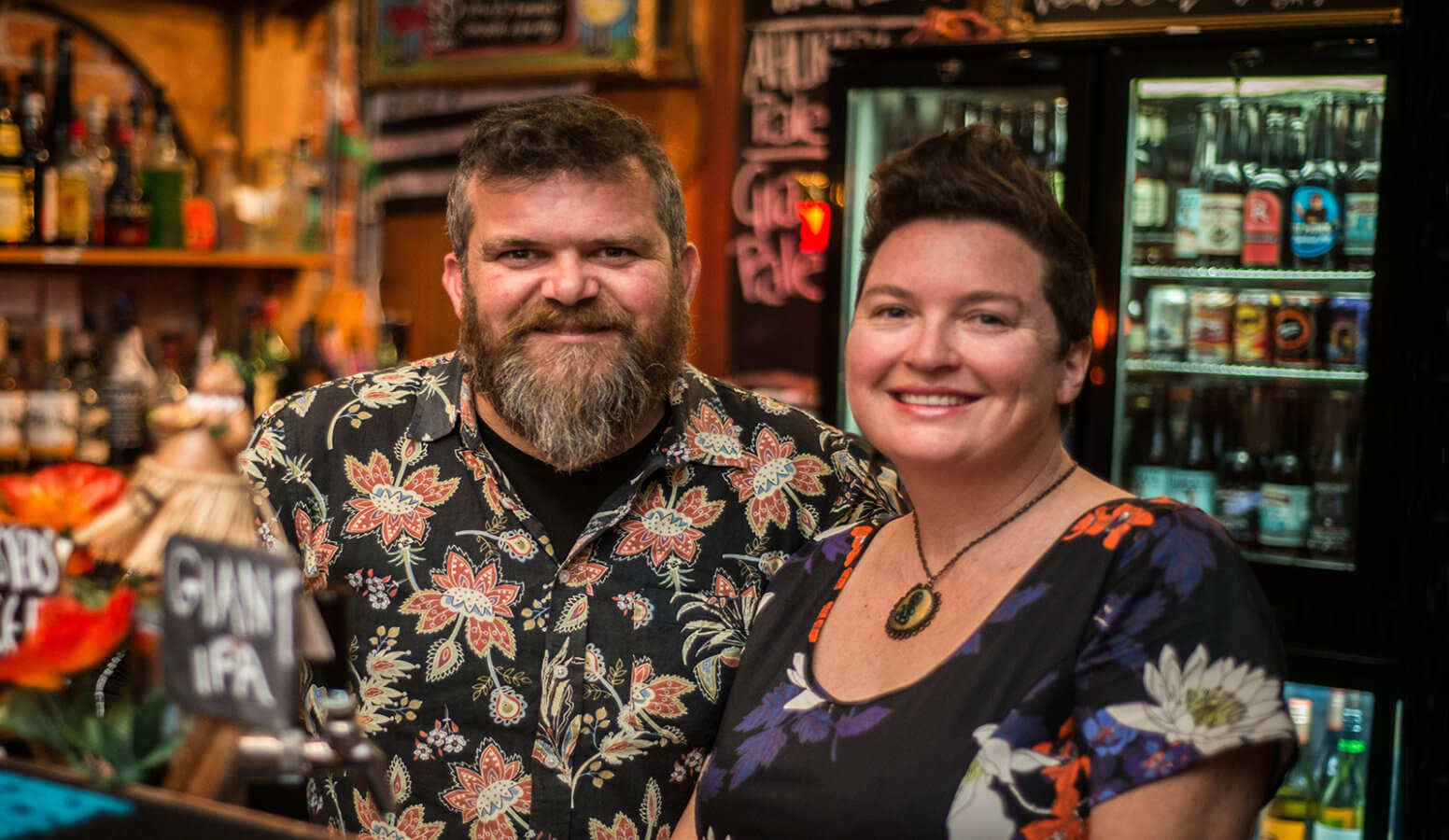 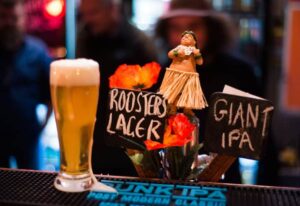 I’ve come to find out from Gerard just what goes into the ‘special sauce’ that has in four short years made Common Room Hastings’ favourite hangout, widely renowned as a live music venue, and a driving force in the development of Hastings’ cool new reputation.

Gerard and his wife Jess Soutar Barron returned from many years overseas, mostly in London, to Auckland and headed straight out on a road trip – down the west coast and up the east coast of the North Island, armed with a mental checklist, seeking the ultimate place to make a home for their family. They were struck, Gerard says, by the potential of Hawke’s Bay, and Hastings in particular.

“We could see so much potential within and beneath the surface of the ‘wine’. With wine comes great food and hospitality, and creative people and art and huge opportunities.” 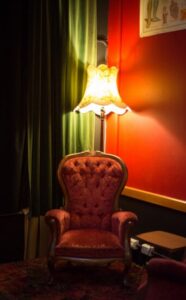 Jess moved down first for a job with Hastings District Council and the rest of the family followed. They got involved in the community, and came to see that while there were loads of interesting and creative and passionate people with great ideas doing great things, what was missing was a fitting meeting point – a hub for what they call “the fine art of conversation”.

So four years ago they took the plunge, opening Common Room in Heretaunga Street’s East 200 block. The cosy, unique space was like stepping into the living room of a creative, well-travelled friend’s home. The retro furniture, intimate spaces, eclectic art and murals, and the buzz of chatter struck a chord with locals, and within eighteen months it was time to expand.

Common Room took over the neighbouring premises, doubling in size and providing more opportunity for live music and events. 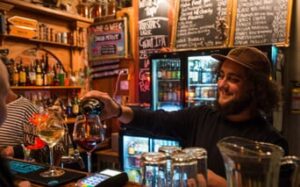 Every decision in the development of Common Room was to make it into the kind of place he and Jess would want to spend time, so one of the challenges, Gerard says, was growing the bar in size while keeping the vibe. He describes the delicate ecosystem that is Common Room. Everything is connected and everything – what they serve, who takes the stage, the aesthetic – acts as a fi lter to appeal to their customer: the broadminded people of Hawke’s Bay.

So who are they? There’s no archetypal Common Room patron (‘commoners’, as they’re affectionately called). On any given night you might find students, elected officials, newspaper staff , retailers, artists, musicians, accountants from around the corner and couples clinking glasses in one of the intimate indoor spaces or out the back in the courtyard. 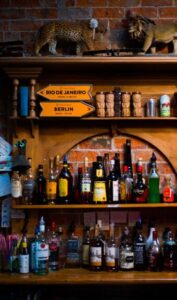 This means the rotation of entertainment includes regular jazz nights, stand-up comedy, slam poetry, charity events and quizzes (they’ve helped make $9,000 just this year for different causes), along with gigs from younger bands who get to learn their stage craft in a warm and welcoming environment and more established acts who might just want to play a more intimate show.

Gerard governs the place with his ‘Ripple Effect’ rule. Everybody is welcome to come here and enjoy themselves, so long as their enjoyment doesn’t ripple out and affect anyone else’s enjoyment negatively.

The separation of space helps with this too, with the smaller original space set apart from the main bar and stage area, so patrons can enjoy the fine art of conversation there while a rock band might be playing within metres of them.

Gerard has big hopes for Common Room, and for Hastings.

“We want Hastings to grow, and we want to be a part of that. When I look back to four years ago, this street was very different. You had WINZ over the road, second-hand shops that were here because of that, you had the sex shop selling legal highs.”

Now it’s developed an independent, artisan vibe with Ya Bon and LaPetite Chocolat complementing organic stalwarts Cornucopia and Taste. Plus, the Little Red Bookshop, Coco & Co and the expanding Hutchinson’s make for great shopping on the block.

Hawke’s Bay patrons have fast developed a taste for specialist beer in that time too, and Common Room has played a big role.

“When we opened, Zeelandt was the only local craft brewery – they were it, and now look at the industry, there’s nearly ten of them.”

With so much positive change in four years, Gerard says the future is exciting.

“I am so, so amped for the next couple of years here. It’s time for those outdated attitudes and perceptions about Hastings to change.”

“The potential for this part of town is screaming. Our placement here was very deliberate. You’ve got so much of the Hastings white collar activity within these few blocks, and the HB Today building, ACC, plus the art gallery, library, council, we have an opera house that’s been fully committed to. Hastings has a lot to say.”

Unsurprisingly, considering how involved Jess and Gerard are with their community, collaboration is at the heart of where they hope things will go.

“With us, Brave and Carr’s Kitchen another block over, the opera house, the movie theatre and then the ethnic eateries all so close here, all we need is one, maybe two more bars or restaurants and we’ve got our own strip. Imagine it – the street closed at night, live bands playing outside… Hastings deserves that!”

He loves the idea of making this a destination entertainment area, linked up to the wider Bay too.

“There’s potential to get shuttles running, say, between Haumoana, Havelock and here, so people can enjoy a night out that way too.

“It’s always cool to hear people say that this place is like something they’d find in Wellington or Melbourne or another great city. Wouldn’t it be great if one day they were going into bars on the other side of the world and saying those places remind them a bit of the Hastings vibe?”

There’s always loads on at Common Room, including events as part of Fringe in the ‘Stings coming up in early October. Follow Common Room on Facebook to get the scoop on what’s happening during any given week, and make an effort to get there one winter’s night – it’s warm and cosy, and you never know where the conversation might take you.