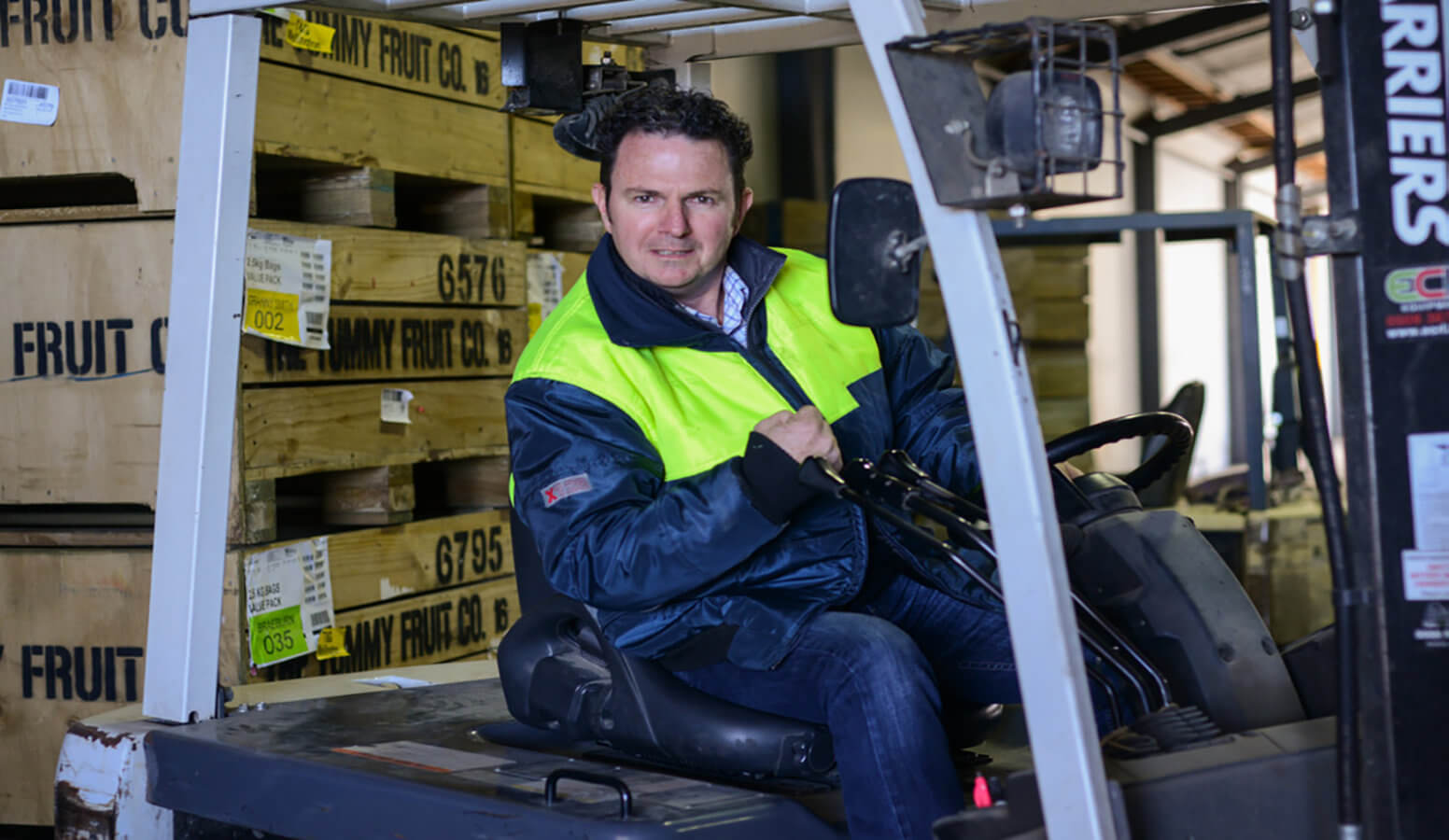 “SEND IN YOUR NOMINATIONS for New Zealand’s Person of the Year,” said the radio announcer. I thought for a moment. “I think I’ll nominate Brian Tamaki,” I suggested to my passenger.

“Maybe, but he has reminded me of what it means to live in a free society.”

“Well, gays, sinners and murderers at least – I don’t agree with him, but I support his right to hold such opinions. In Iran they might chop o his head for having such a radical opinion.”

“Or make him President,” my colleague quipped. “He’s an idiot and should lose his charitable status.”

Many people complain about political correctness … until something a ronts their own sensibilities. The conservative branches of all religions – including modern religions such as science and atheism – have beliefs that modernity finds unusual and extreme. History would indicate that a very few of these unusual beliefs may actually prove to be correct. In any event, let them say whatever it is they believe so long as they aren’t inciting sins of their own.

Political correctness takes many forms, some of which have found legislative endorsement. Most notable amongst these is discrimination. The Human Rights Act 1993 says it’s illegal for certain entities to discriminate against people on the grounds of gender, pregnancy, marital status, religion, ethnicity, disability, age (unless you’re under 16), political opinion, employment status, family obligations or sexual orientation.

Most people think that you can’t discriminate on any basis, but this isn’t so. You can discriminate against, amongst other things: fat people, smokers, ugly people, short people and those who can’t sing in tune.

In any event ‘discrimination’ has now become a negative word. This is strange as in Victorian times it would have been a compliment to refer to a bloke as ‘a man of discrimination’. I would merely suggest he was discerning and knew what he liked and didn’t like. This instantly raises the Brian Tamaki quandary again: is it OK to like or dislike something on irrational grounds?

Discrimination on irrational grounds is often a very stupid and unjust thing. The problem lies in the government’s (in) ability to stop people being stupid or unjust. Simplistically the public think – change the law and “phew, that’s dealt with”. Nothing could be further from the truth. It seems to me that discrimination is as prevalent as it ever has been. All that has changed is that people are less honest about it.

While resident in London, some years ago, I sought a well-priced haircut. ‘Haircuts £10’ said the sign towards the end of High Street Kensington. I descended into the basement salon with increasing trepidation. The salon was occupied by innumerable, overtly gay, buzz cut, heavily tattooed gentlemen, the likes of which I’d not seen in provincial New Zealand. The salon doubled as a body piercing studio which appeared to specialise in a xing stainless steel adornments to your nether- regions. My stylist had 13 piercings, but I could only see nine, including his nipples which were intermittently on display. He offered to show me the rest. I politely declined.

Outcome? It was my best haircut ever, with unimaginable attention to detail. I never went to another salon during my stay.

On a subsequent visit I noted a new employee. Was it a middle-aged white woman from Bethnal Green? No, it was a gay guy, pierced, tattooed and precise. I knew that he was chosen on the basis of ‘tribal a liation’. They would have almost certainly discriminated on the basis of sexu ≈al orientation, age, gender and probably on ethnicity and political beliefs. Many are comfortable with ‘positive’ discrimination, but how do you define it and where do you draw the line?

At the other end of the spectrum, I have great sympathy for, say, Indian nationals with PhD’s in neuroscience who find themselves stocking supermarket shelves in Papakura. Many employers don’t take on such candidates because their accent is initially impregnable, they can’t pronounce their name properly, or they’re worried about their cultural fit. Certainly the Indian workplace seems more structured and hierarchical than the Kiwi equivalent. All these attributes may be a perfectly legal basis on which an employer may discriminate. Certainly employment (or dismissal) on the basis of cultural fit, is well documented, though in many cases it may just be racism in disguise. How can you tell?

Discrimination on other grounds can occur too. Our company employs forklift drivers for instance. The role is dominated by young men, but we’ve had a few female drivers over the years. The women typically have less natural ability and require more time or training to get up to speed – but you can’t say that. What you get, in the fullness of time, is a forklift driving machine that delivers metronomic performance and rarely has an accident. The younger lads, on the other hand, especially the Maori boys (but you can’t say that), have superior natural talent. Sadly, their minds, being clouded by testosterone and overconfidence, can make them erratic performers, prone to the occasional wipe-out.

Our discrimination laws are great if you think their job is to be aspirational, but if you want them to be practically enforceable, they fall well short.

Slovenian philosopher, Slavoj Žižek, points out that the impacts of political correctness are mostly cosmetic. It keeps the ugly reality of society below the parapets. That is, we create an artificial world where ‘bad things’ are hidden away and we can happily pretend they don’t exist. Mankind has an incredible capacity to suspend belief in this way.

Such a denial of reality has gotten us into trouble in past generations. They’d talk about such things in hushed tones or not at all and the media would shy away from printing unsavoury stories. Worse, we’d turn a blind eye to problems we ought to address – domestic violence, paedophilia and alcohol issues spring to mind.

This trend is still evident in many areas of our lives. Some excitement arose recently when a rugby club decided not to serve alcohol at their clubrooms. This achieves nothing much and may even make alcohol problems worse. Surely rugby clubrooms are the perfect supportive environment to reveal those that have a drinking problem or a drunk driving problem and for these issues to be confronted and managed. By removing alcohol from this public space they may have just transferred it to their homes or less sympathetic dens of inequity. If you accept that prohibition doesn’t have a successful track record, then the only other solution is to expose alcohol and alcohol problems to the light of day. The ad says ‘Mates don’t let mates drive drunk’, but mates can’t be mates if they’re not there at the time. 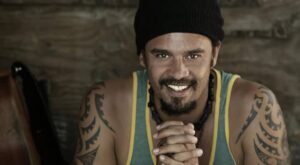 It’s uncomfortable to confront sensitive issues but the brave path is best. And the moment of maximum squirming will bring out the best in you. Steel yourself for some squirming.

Recently American comedian Bill Mayer stirred up a storm of controversy by using the word during some jocular banter with one of his television guests. To be clear the guest, the governer of Nebraska said about Mayer visiting his state: “We’d love to have you work in the fields with us”. To which Mayer replied: “Work in the fields? Senator, I’m a house nigger.”

This exchange may be ill-judged and offensive, but many modern comedians choose subject matter or adopt a vernacular that is grossly offensive. Nothing is sacred in comedic circles. Not only do these types confront difficult issues; they make jokes about them. That might not be such a bad approach desensitising us and encouraging public dialogue.

Humour and satire are longstanding mechanisms by which we are forced to confront uncomfortable realities. In newspapers the cartoons make social and political jibes that would stand little chance of finding their way into the printed word. For those comedians that take it too far – I choose not to listen to them. The same option is available to viewers of Bill Mayer. Having bad taste isn’t something that is easily curable.

Discussing the word ‘nigger’ doesn’t mean you’re guilty of a racial slur. The word is a reality and discussing it in a historical or social context shouldn’t be offensive. It’s only a racial slur if you direct it at someone. The word will certainly be much more loaded in the USA as their slave history will always be a blight on ‘the land of the free’.

It’s odd that we seem to have adopted Americans’ sensitivity regarding the word, which means little in NZ’s historical context. We have no sensitivity to ‘Chernozhopy’ for instance, which is what Russians call those from the Caucasus with enhanced melanin.

Stranger still is the obsession the press have with hiding selective letters in ‘nigger’. Why do we need to replace ‘igge’ with **** or just refer to it as ‘the N-word’? ‘Nigger’ is a very offensive word but it isn’t inherently vulgar, like a number of other words I’m not permitted to use here by way of comparison.

And as alcohol prohibition fostered a trend toward hard liquor consumption, so it is that word prohibition gives these words more potency. If you want to remove their power, include them in intelligent discourse at every opportunity.

Amercian rap and hip hop musicians use ‘nigger’ in their music in every other line. Yes, I know that much of this music is more broadly vulgar, misogynistic and offensive, but some of it isn’t. I’m showing my age here, but one of the most intelligent proponents of hip-hop is Michael Franti. Let’s take some of his early lyrics as an example of excellent ‘nigger’ usage:

Sometimes I feel like a socio-genetic experiment
A petri-dish community’s token of infection
You see I’m African Native American Irish and German
I was adopted by parents who loved me
They were the same color As the kids who called me nigger
On the walk home from school I cried until I found out what it meant
Then I got me some equipment
My fists, man

Does anyone really want to emasculate the power of Mr Franti’s personal experience by imposing asterisks on the ‘N-word’?

Mr Franti shows us the way forward. We need to confront these di cult issues more directly and not confine them to the closet or shelter behind ineffectual legislation. Society must also accept there is no final solution for these problems. If they were an issue 100 years ago, they’ll likely still be a problem in another 100 years.

All we can do is to instil in our children the principles of justice and compassion. The corollary is that we should also teach them to speak out where they see injustice and bigotry. To turn a blind eye is to condone such behaviour.