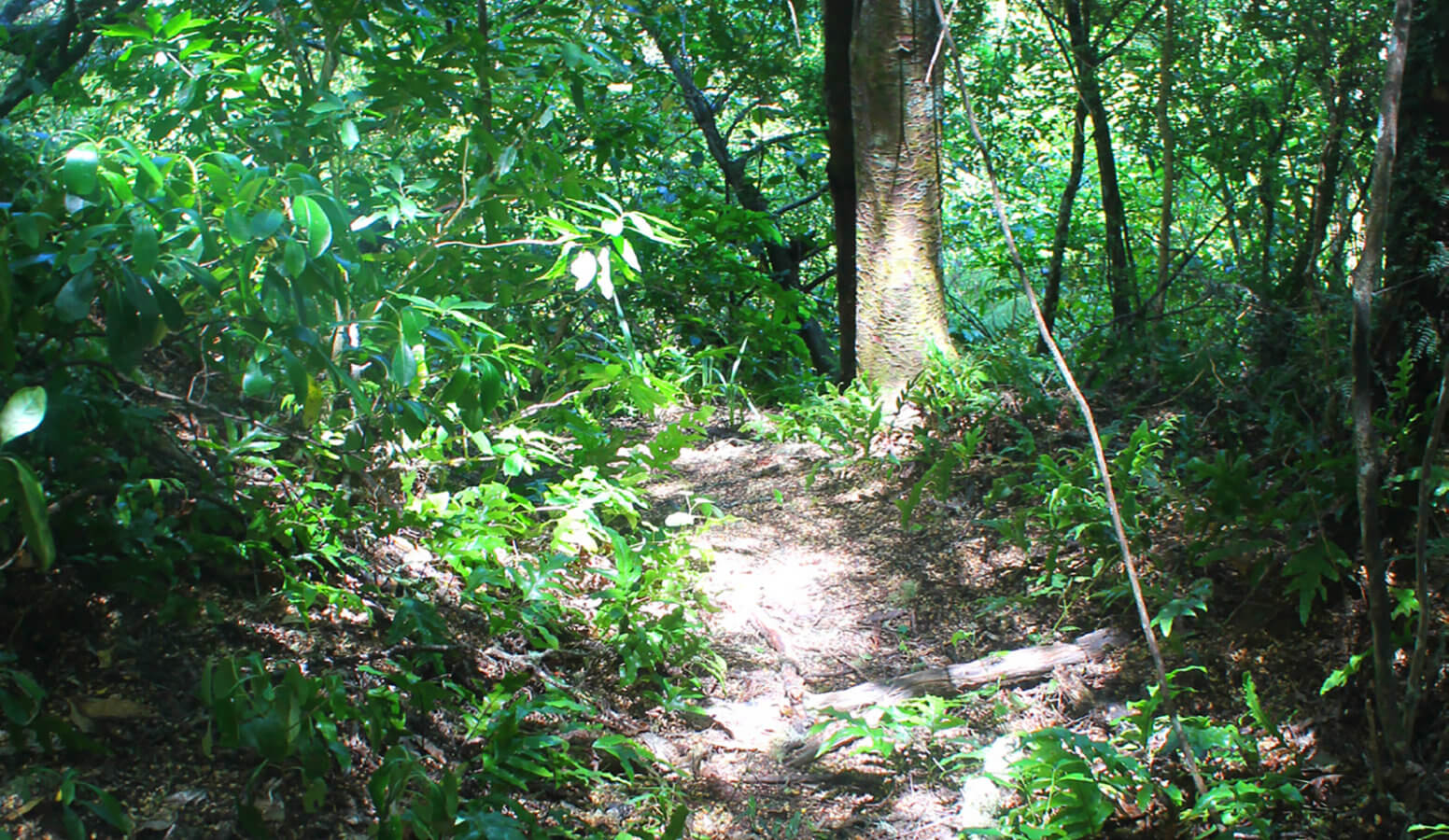 By standing up to the government to protect 22 hectares of Hawke’s Bay Forest Park, one NGO finds itself fighting for almost one million hectares of New Zealand’s specially protected conservation estate.

Almost two years ago, a decision was made by the Department of Conservation Director General Lou Sanson to swap out 22 hectares of protected land for 170 hectares of private farmland. To do this, he had to downgrade the ‘specially protected’ status of the land to ‘stewardship’ class so the swap could go ahead.

Unlike specially protected land, stewardship land can be swapped out of DOC’s land portfolio for better quality conservation land.

Sanson said then it would be a “net-gain” for conservation – a criteria that had to be met under the Conservation Act 1987 before any such land swap took place.

The swap was put on the table in the first place because the 22 hectares were needed for New Zealand’s largest proposed irrigation programme – the Ruataniwha Water Storage Scheme – to go ahead.

At the time, Sanson said his decision followed a thorough and open public process and the careful assessment of the ecological values of both sites and that New Zealanders would gain three times the area of black beech forest under this proposal.
“On the other hand, the 22 hectares to be removed from the Ruahine Forest Park has been heavily logged in the past, is partly infested with weeds such as willow and Darwin’s barberry and contains a former house site,” he said.

The exchange was conditional on the RWSS proceeding.

It was a seemingly simple and straightforward decision – 170 hectares for 22 hectares was a good deal – Kiwis ended up with 148 hectares more land.

However, it wasn’t actually so simple and straightforward. In fact, the move was labelled “illegal” by environmental group Royal Forest and Bird Protection Society of New Zealand.
For the group, while it was a net gain in land quantity,the swap could never replace the quality of what was contained within the 22 hectares.
“The dam will flood a significant area of podocarp forest, putting several threatened species at risk and reducing water quality in the Tukituki and other rivers,” a Forest & Bird spokesperson said at the time.
“A total of 12 threatened and at-risk species will be imperiled by this dam, including our pied stilt, New Zealand pipit and fernbird.”

Dr John Leathwick, principal scientist at the National Institute of Water and Atmospheric Research (NIWA), echoed this in a piece he wrote for Sciblogs.

He said applying the principles laid out in the Act to the proposed Ruataniwha land swap raised questions about its potential biodiversity gains. “The area to be relinquished contained a complex range of riverine habitats, including primary forest remnants and an oxbow wetland; the land to be received in return, while of much greater extent, mostly consisted of reverting farmland on hill country.”

So it came as no surprise that two weeks after Sanson’s decision, Forest & Bird’s legal team were in front of the High Court asking a judge to decide whose interpretation of the Act was correct – DOC’s and co-defendant the Hawke’s Bay Regional Investment Company, or theirs.

“The key issue is whether an area legally protected by the Conservation Act and deemed a Forest Park can be demoted to stewardship land (land that has not been formally classified as having significant biodiversity or recreational value), to allow it to be removed from the park,” Forest & Bird’s online communications editor Kimberly Collins said.

“By doing so, DOC has set a precedent for all forest parks, conservation parks, and ecological and wilderness areas in New Zealand.”

Collins said the question of whether the Ruataniwha dam should go ahead has, up until now, largely been a regional conversation on sustainable farming practice and water quality.

“But almost overnight, this issue has become a nationally significant question about New Zealand’s specially protected conservation estate. Is it protected, or not?”

So the group asked the High Court to decide.

And the Court’s Justice Matthew Palmer did decide – in favour of the defendants – DOC and HBRIC– meaning the land swap could go ahead. 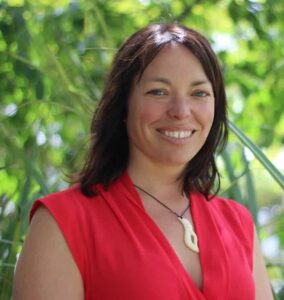 Lead counsel for Forest & Bird, Sally Gepp and her team appealed the High Court’s Decision.
The Court of Appeal overturned the Palmer decision, siding with Sally and her team. But the legal wrangling was not over. Minister of Conservation Maggie Barrie stepped in over her department to take – alongside HBRIC – the Court of Appeal’s decision all the way to the highest court in the land.

So in July this year, the future of New Zealand’s specially protected conservation land was held in the hands of five Supreme Court justices. The court found 3-2 in favour of preserving such land, thus clarifying how the law should be interpreted when it came to such exchanges.

“The Supreme Court has by majority comprising Elias CJ, Glazebrook and Arnold JJ affirmed the judgment of the Court of Appeal setting aside the decision of the Director-General revoking the conservation park status of the 22 hectares,” a summary of the decision issued at the time said.

“The majority Judges agreed with the Court of Appeal that the Director-General acted unlawfully in revoking conservation park status for the land on the basis of the test for exchange under s 16A, which authorises exchange of stewardship land.”

“We are thrilled to win of course. But relief probably comes in above that because I had not quite appreciated what it would meant for us to lose,” he said.

Hague said over the course of the case it became clear that from a legal point of view if DOC was able to dispose of officially protected conservation lands by swapping it out it would set a dangerous precedent.

“Potentially if we had lost we could have faced a wave of specially protected conservation land being swapped as in this case to enable private profit-making ventures or indeed being sold,” he said.
“And when you consider that DOC has had reducing real-term funding now for a number of years, the financial pressure it is under must be immense and so you could imagine that the incentive to sell off land if it was able to do that would be hard to resist.”

Legally, Gepp said, this victory was important because the case concerned the distinction between stewardship areas and specially protected areas described above.

“The minister considered that it was acceptable to downgrade specially protected land – the Ruahine Forest Park, so that it could be exchanged,” she said.

“Forest & Bird argued that this collapsed the important distinction between [exchangeable] stewardship areas, and [non-exchangeable] specially protected areas. The Supreme Court agreed.”
Hawke’s Bay Regional Council chief executive James Palmer said he always knew the Supreme Court’s decision was going to be finally balanced based on how the previous court decisions panned out.

“The advice to the council during the review of Ruataniwha earlier this year was that it was probably about a 50/50 call; it could be argued either way and there were merits to the argument either way,” he said.

“The ecological value of the Ruahine Forest Park land was never in question. The conservation land includes indigenous forest, a unique braided river and wetlands that would have been destroyed,” she said in a Sciblogs op ed.

“The area is home to a dozen plants and animals that are classified as threatened or at risk. The developer’s ecological assessment acknowledged the destruction of ecologically significant land and water bodies. However, it argued that mitigation and off setting would ensure that any effects of habitat loss were at an acceptable level.”

In the immediate aftermath of the decision Prime Minister Bill English said Parliament would consider a law change.

Minister Barry defended her department, saying the director general of DOC acted in good faith by approving the swap.

However, this position drew ire from none other than former Prime Minister Sir Geoffrey Palmer, who said that the court’s decision makes it plain the government’s land swap was driven by the dam proposal.

“The Minister of Conservation Maggie Barry is disingenuous to say that the department was promoting conservation when the director-general gave it the go ahead. If not for the dam proposal, no such swap would have been contemplated,” he opined on Radio New Zealand.

Sir Geoffrey also said, if the Government was to apply their proposed law change retrospectively to allow the RWSS to go ahead, then it would be nothing short of unconstitutional.
Barry assured BayBuzz that this would not be the case.

“Any law change will not apply retrospectively and will therefore not affect the Ruataniwha dam decision,” she responded in an email BayBuzz sent her requesting an interview, which she declined.
“We want to clarify the law so that the Conservation Act allows for land swaps that improve conservation outcomes while ensuring we also balance the needs of regional economic development.”
That was all she had to say on the matter at the time.

However, Forest & Bird’s Hague fired back, saying that Barry is not seeking to clarify the law, but to change it.

“The minister’s motivation in this case was never in fact about adding to the net value of the conservation estate, it was all entirely about facilitating the Ruataniwha dam,” he said.
“That’s the specific motivation that we absolutely have got to ensure does not become the motivator of public policy around conservation.”

NIWA’s Leathwick backed this up, saying there is another much greater concern with this proposed land-swap.

“In particular, this swap was never motivated primarily by a desire to increase the protection of New Zealand’s biodiversity – first and foremost it was designed to facilitate the building of a dam,” he said. “Both this swap, and the subsequent appeal, were primarily initiated to facilitate the removal of an obstacle to the Government’s primary production growth strategy.”
At the end of the day, the Supreme Court’s decision was probably the final nail in the coffin of the RWSS.

Despite this outcome, Gepp said with a proposed law change on the horizon the fight for almost one million hectares of New Zealand’s conservation estate is not over.

“We are staunch advocates for DOC to be properly resourced so it can carry out its core operational roles. We also strongly support DOC being able to carry out its functions independently, without pressure from other government departments that want conservation land to be made available for destructive commercial activities,” she said.

“We would oppose any law change that weakened the existing legal protection afforded to conservation land, or which allowed for ‘back room’ deals to be made which are really about allowing greater commercial access that is incompatible with protection, for example irrigation dams and Buller Plateau mining.

“If the minister is interested to investigate ways of improving the protection of conservation land, we would welcome a conversation about that.”

“It’s extraordinary isn’t it that a community-based NGO that has to fundraise from the public for every dollar that it takes to run our organisation has to fight the Minister of Conservation to the highest court in the land in order to protect conservation land from destruction,” he said.

“But then I think it is extraordinary that the Department of Conservation, one of our core government departments, has to rely on corporate sponsorships and commercial arrangements to be able to do its basic job – one of the really basic things that the New Zealand public expects from its government.”