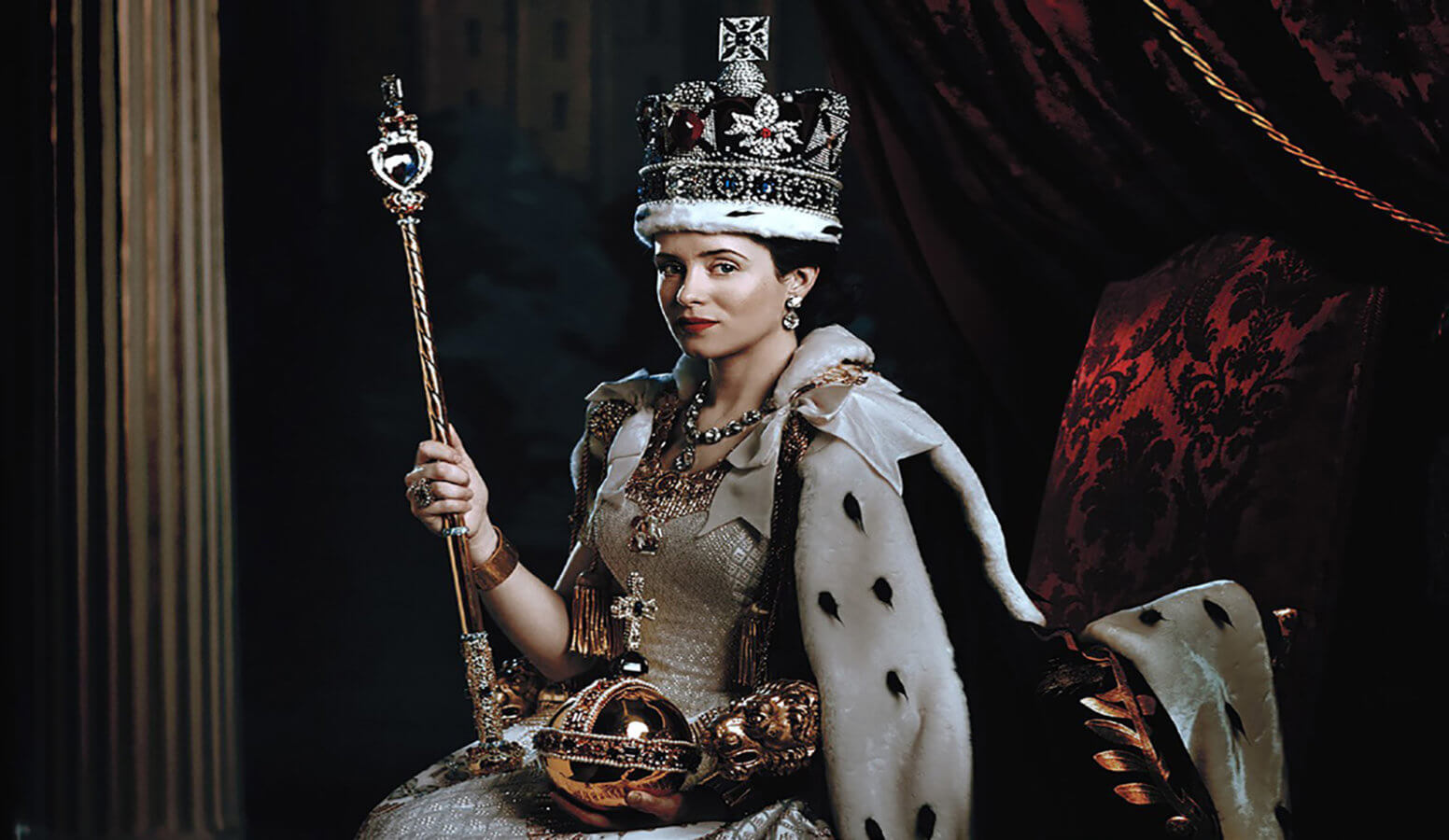 All you can eat broadband and the ability to binge-watch streaming screen gems without the irritant of advertising is transforming our viewing habits and ushering in a new golden age of television.

The market has gone from famine to feast in five years with appointment viewing and channel flicking becoming less relevant, pay TV on the backfoot, and subscription streaming over the internet becoming the new normal.

This media disruption has forged new partnerships as carriers seek content to attract new broadband business.
Technology commentator Pat Pilcher (Stuff, Witchdoctor, FMCG) says the market has become hyper-competitive with streamers versus broadcast viewers. “Normally competition is a good thing but it’s now hard to tell the winners from the losers. It’s messy and complicated with competitive niches within sectors.”
He suggests loyalties are split demographically with tech savvy under 50s using Spotify and music streaming, while over 50s typically loyal to traditional broadcast TV, CDs and radio.

And he says there’s anecdotal evidence of a free-to-air exodus, with many people even divesting themselves of TV aerials — “why would you need one?”

NZ On Air’s 2016 market analysis concedes traditional broadcast media has significantly diminished, while all forms of online media have grown significantly since 2014.

While nine out of ten Kiwis are still reached weekly by linear TV, the report says the biggest online audiences (six in ten weekly) are delivered by video sites including YouTube and Facebook.
Freeview, the consortium representing free-to-air broadcasters, has its own set top box recorder and programming guides, while TV1 and TV2 have TVNZ OnDemand, and TV3 has ThreeNow for catch-up and streaming content.

While on-demand sites reach four in ten people, NZ On Air says the biggest growth and driver of change since the arrival of Netflix, Lightbox, and Neon is SVOD (streaming video on demand), attracting one in three Kiwi viewers.

Unless you are a digital dinosaur, mature streaming options are rapidly reducing the customer base of chains like VideoEzy, United Video and Civic Video and hastening the demise of proprietary streaming services with many add-on boxes heading for the e-junk yard.

Igloo, the Sky-TVNZ joint venture shut down in March after five years of getting the cold shoulder from the market, and TiVo, the Telecom (Spark) and TVNZ foray into streaming content will be gone in October after eight years, having cost their owners tens of millions of dollars.
Facing an onslaught of competition, Quickflix service, launched in 2012, is now repositioned as a transactional video on demand (TVOD) platform with bonus movies and TV shows from its back catalogue.
This came in the wake of Lightbox which entered the market in August 2014, followed four months later by Sky TV’s Neon service.

Between them, Neon and Quickflix had only achieved 127,000 homes by the end of 2016; the real challenge came from Netfl ix which attracted 398,000 subscriptions within three months of its launch in August 2015.

By the end of 2016, according to Roy Morgan Research, Netflix had topped the million mark and Lightbox had found its stride, more than doubling its base with 630,000 viewers. Concurrently the latest player, Amazon Prime, entered the fray with the enticement of on-line shopping, e-books, storage and promises of a local presence.

Roy Morgan in its March 2017 SVOD market report speaks of the fickleness of the market; what initially appears to be a never-ending catalogue of content becoming less attractive after a couple of months of binge watching. The result: nearly 40% of Kiwis over 14-years signing up for more than one service.

The most recent data from Statistics NZ (October 2016) says 65% of Kiwis were still on copper-based ADSL and VDSL; with over 50% on uncapped accounts compared with only 5% in 2013.

Around 66% of accounts had theoretical download speeds of less than 24Mbit/sec while more than 20% had greater than 50Mbit/sec connectivity, up from 13 percent in 2015.

Standard definition TV or movies use about 1Gb an hour and high definition content 3Gb an hour. If you watch around 3-4 hours a night on top of normal internet use, you’re likely to be clipping 100Gb a month.

In June 2017, the average residential download on NOW’s network was 156Gb compared to 113Gb in 2016 and 70Gb in 2015. Chorus’s comparable download was 135Gb in March 2017.
Hamish White, CEO of NOW Phone & Broadband, suggests Hawke’s Bay’s higher than average usage could be down to more customers consuming online content on unlimited plans and the move from copper to fibre.

Pilcher says New Zealand should be proud of its broadband uptake. “Who would have thought even five years ago that we would have had such a high penetration of Gigabit fibre into New Zealand households?”
Statistics NZ said 12% or 223,000 of broadband users were on fibre in 2016, more than double the previous year, compared with 7% uptake in Australia. Essentially, we’re on target to meet the Government’s goal of having 80% of New Zealanders on ultra-fast fibre by 2022.

Meanwhile, the digital TV revolution continues at a head spinning rate, even if for many it still requires external smarts like AppleTV or Chromecast to connect dumb TVs for streaming.

We’re already well into the next evolution of smart TVs that connect seamlessly into home networks for access to social media, YouTube, Google Movies and other bundled services.

The majority of sets use LCD (liquid crystal) with LED backlighting, but for the purists the limitations of contrast levels, motion and colour are becoming evident.

While the technology is making it so much easier to choose from a range of viewing options, the real clincher is content quality and quantity, with Netflix for example investing US$6 billion annually.
Amazon Prime has also positioned itself as a big content providerwith a US$4.5 billion investment, with Facebook also planning its own commissioned TV-like shows.

While the free-to-air broadcast providers are becoming a lot more online savvy, Pilcher says they have to burn a lot of cash to compete for content so their programming remains attractive.
Retaining customer loyalty is the major challenge, particularly if unpopular programming decisions are made.

In May, when Sky hiked the monthly price of Fan Pass from $60 to $100 and cut subscription options for premier sport, Pilcher says “rugby fanatics went off their nuts” with many discovering lower-cost backdoor or pirated ways to watch their favourite games.

He suggests viewers weigh up their annual spend on subscription TV, consider which channels are actually watched, how many repeats there are, and compare this to streaming services.

Our traditional viewing habits are undergoing a massive shift with multiple screen options in the average household – smartphones, tablets, laptops, computers, games consoles and TVs all capable of streaming content.

“People watching TV in New Zealand households typically have a small screen in their hand or on their lap.”

He likens the state of the market to 1999 when the MP3 format and file sharing services like Napster had the music industry shouting that the sky was falling.

While those sites were eventually shut down, the music industry used that technology to legitimise digital downloading and streaming in much the same way the new streaming on demand providers are redefining television.

At the dawn of the new age of streaming, many Kiwis frustrated at country-blocking technology while waiting for the mega sites, used US credit cards, virtual private networks (VPNs) and Torrent streaming services for a pirated preview of what was coming.

Top US sites like Hulu, American Netflix, HBO Go and a range of other UK and Australian sites are still being accessed by people in the know “if they’re so ethically inclined”.

In his Witchdoctor blog, Pilcher took TVNZ deputy content director Andy Shaw to task in July for downplaying the impact of Netflix and its streaming competitors as overhyped and lacking in content.
Pilcher suggested part of the reason for the stampede to streaming is the failure of the state-broadcaster to invest in and deliver relevant local programming.

“We have a crazy surplus of talking head current affairs and reality TV shows … that’s what’s causing a lot of people to walk away.”

He suggests this should be a wake-up call for TV1, TV2, TV3 and Sky to take a leaf out of the Netflix model and “take a fresh look at the local market and start commissioning and creating their own content, including local drama.”

The big challenge in the broadcasters versus streamers play-off is that unless free-to-air lifts its game from “low rent content” there might not be enough advertising support to help pay for commissioning quality content … so everyone loses.