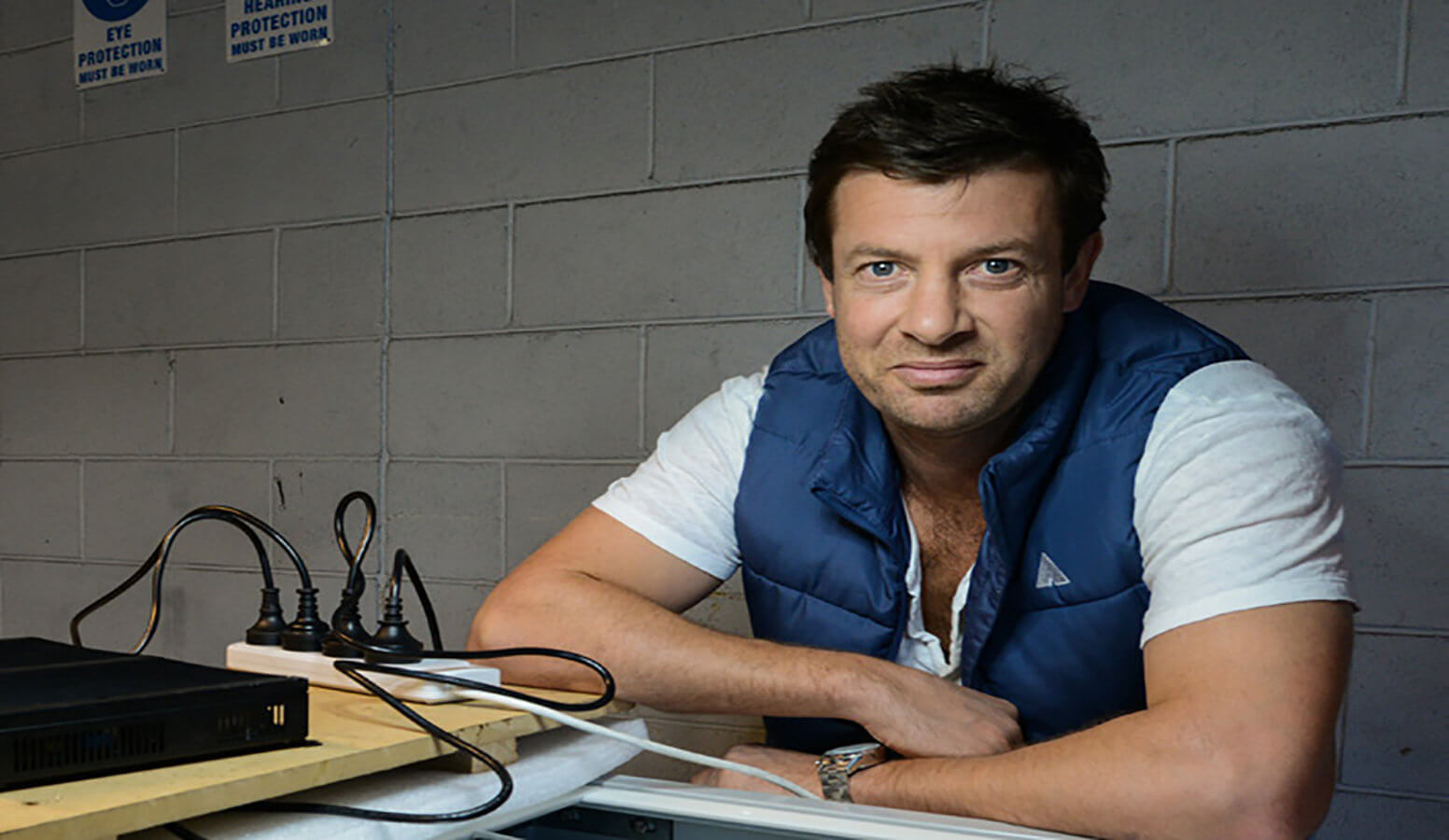 Since his arrival in Havelock North, Luke Irving has been a welcome addition to Hawke’s Bay’s business milieu. In 2016 Luke decided that his digital signage and touchscreen company, Fingermark Global, did not need to be based in Auckland and moved his family and the majority of his staff from their busy Parnell base to the more sedate village of Havelock North, where they have set up shop in Blue Moon’s old warehouse and office in Donnelly Street.

Most of Fingermark’s customers are from overseas, and the company’s employees are dispersed around the southern hemisphere. Eleven are in Hawke’s Bay, four are in Auckland, and the rest are in southern Brazil. Five of the Brazilian software team are moving to Hawke’s Bay at the end of 2017.

Normally outsourced IT teams are in India or Bangladesh, but Luke doesn’t appear to do things according to the book. It came about from an email he received from a digital kiosk developer by the name of Romulo Correa De Araujo Nunes (clearly he was not from around here). The two immediately hit it off and Romulo became Fingermark’s chief technology officer, and now Hawke’s Bay’s Portuguese-speaking community is about to experience a sudden growth spurt. Bom dia!

Luke’s long road to Hawke’s Bay started when he was working as a teenager for a winebroking firm in Wellington, “doing deals and selling wine to rich boaties”. Luke soon started his own liquor delivery business called ‘Thirsty Boys’. It failed spectacularly after a few months, but Luke wasn’t deterred. He knew he wanted his own business and he wasn’t going to give up.

After starting New Zealand’s first independent student newspaper, the next venture was a bar in Wellington. It was at this point that Luke saw that his future was in technology rather than alcohol. The bar had a touchscreen that the customers could use, and Luke fell in love with it and decided to start a business designing and installing interactive displays. This was years before the iPhone or iPad had even been conceived, and for Luke the touchscreen interface represented an irresistible, inevitable revolution.

Luke thinks this timing was crucial. By the time touchscreens had entered mainstream usage, Luke and Fingermark already had years of experience designing and installing the technology in kiosks – the company was well-placed for the demand that inevitably came.

The company’s biggest success to date has been a touchscreen deal with Yum! Brands, the company that owns 634 KFC fast-food restaurants in Australia. This deal came at a crucial time for Fingermark and propelled them to a 300% increase in revenue. And with the news that 2000-restaurant US chicken chain Chick-Fil-A is joining the Fingermark stable, it’s clear that Fingermark is becoming a major player in the global drive-through digital signage market.

Deals of this magnitude don’t just fall in your lap, especially for companies based in New Zealand. Fingermark has invested significantly in researching and developing groundbreaking display hardware and software solutions to ensure that what they are offering is as good as or better than their much bigger international rivals. Like most R&D, it can take years to bear fruit, and there can be big risks in investing in the wrong technologies.

Luke has never shied from making bets on technology: “Build the product, then the market will follow”, is his mantra. This makes a nice change from the myriad business consultants who tell us to build what the customer is asking for. Fingermark is answering questions the customers haven’t even thought of yet.

For effective R&D it’s important to build a strong internal team. One of Luke’s biggest mistakes was to over-capitalise a big digital signage project with external suppliers, who turned out to be unsuitable. This experience is clearly a big factor in his commitment to bringing the Brazilians to New Zealand.

And a business growing 50% year-on-year brings new issues with increasing health and safety compliance, and the need to organise processes and staff. After I speak with him, Luke has to attend a meeting to discuss Netsuite, the enterprise resource planning (ERP) software that Fingermark is installing. Anyone who has been through this process knows you don’t do it for fun.

Surprisingly for such a high-tech innovative company, Luke thinks that Fingermark would still exist without the Internet. The company has never been big on digital marketing for growth. They do almost no search engine optimisation or Google Adwords. With most of their business coming from the healthcare and hospitality sectors, nearly all of their business comes from word of mouth and good old fashioned face-to-face sales. Luke still knocks on doors, and he is hiring more salespeople.

Despite this apparent insouciance towards online marketing, Luke is a big admirer of Google: “I am in awe of what they do. They are part of everyone’s day and they create huge opportunities for everybody.” But he is especially drawn to engineering success stories like Rocket Labs, the Mahia space launch company, and Bruce McLaren, New Zealand’s great racing driver, mechanic, and Formula 1 team owner.

For such a technology-intensive business, Luke has decidedly nongeeky pastimes. No gaming or dressing up in Star Wars outfits for him. In an alternate universe where Fingermark doesn’t exist, he thinks he would be the lead singer of a pub rock band playing at the Rose and Shamrock every Friday night. That’s when he’s not opening the bowling for the Black Caps (he gave up competitive cricket for his business career and anyone who has seen him haring in off the long run can see the intensity of the frustrated fast bowler).

After eleven years in Auckland, Luke says Hawke’s Bay is quite a change, but it sounds like Fingermark is here to stay. “It took six months to recalibrate, to get a feel for the pace of things here. But if you’re thinking of making the move to Hawke’s Bay, you won’t regret it.”

The marketing assurance from Spark, Vodafone and 2degrees that their networks cover over 98% of the places where New Zealanders…