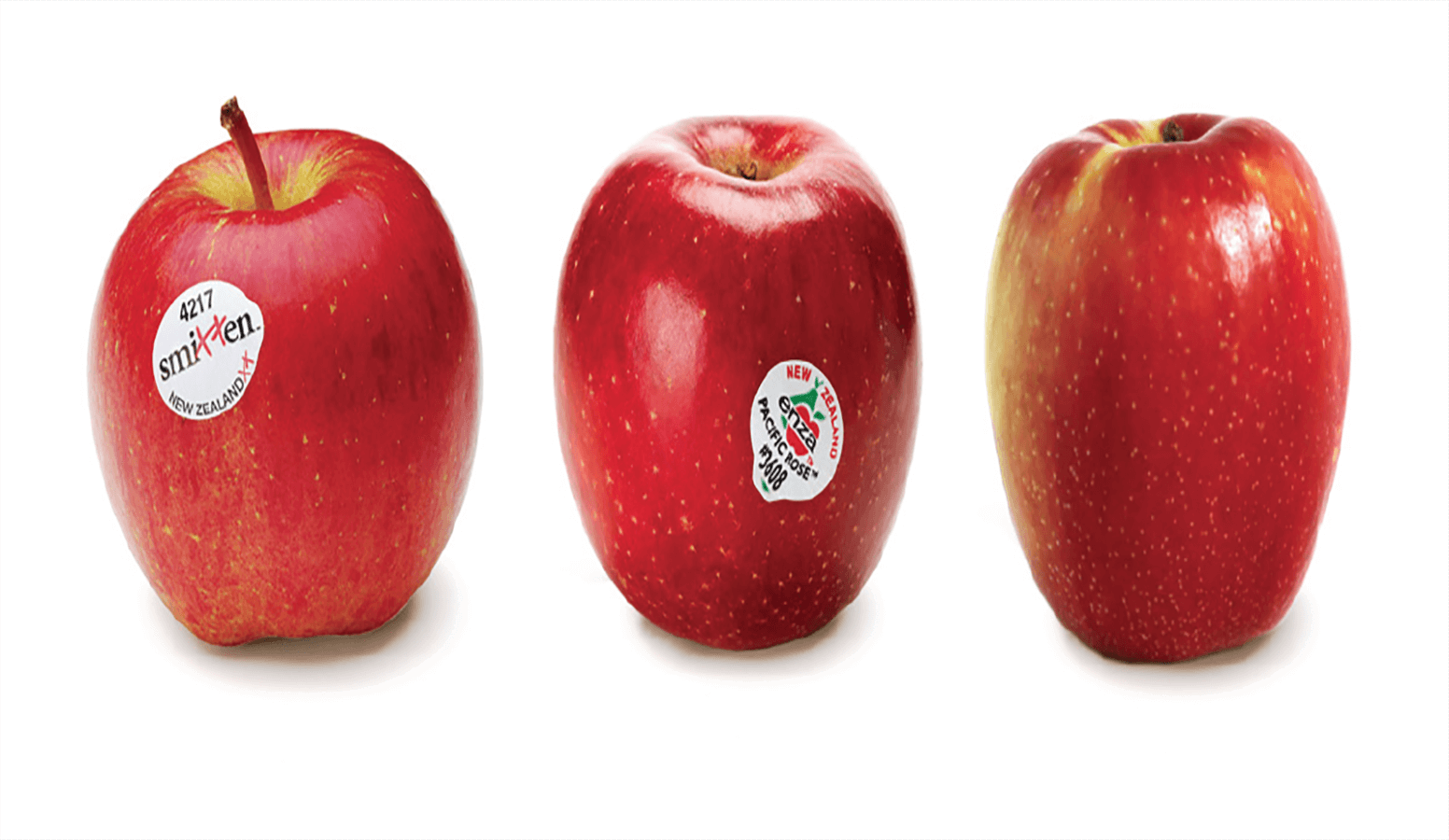 A decade ago the apple industry was on its knees.

Growers were not receiving sustainable returns for many varieties and orchards were being uprooted and burned across the Heretaunga Plains. The Taiwan market, critical for the Fuji variety, was closed because of codling moth interceptions for six weeks in the middle of our supply window. The only apples entering China were via the Hong Kong grey trade. Orchards were being sold at bare land prices. In Wellington apple and pear growing was regarded as a sunset industry.

Yet now we see an industry confidently investing in a rosy future. An industry that leads the world in the key statistics of production per hectare and price per kilo. 2016 saw the industry equal its highest-ever export volume at around 20 million cases and trees already in the ground will push this to 24 million by 2020, thus making the apple industry horticulture’s second billion dollar earner behind kiwifruit.

Hawke’s Bay will be the main beneficiary, with two-thirds of the volume concentrated around the Heretaunga Plains.

How did this happen?

Many converging trends, both onshore and offshore, have led to the success.

Ten years ago traditional markets in Europe and North America accounted for 85% of exports. For most of the year they are supplied from northern hemisphere production. But the northern supply window for NZ apples has been squeezed through improved long-term storage technologies, while cheaper apples from other southern hemisphere producers have increased. Making matters worse, population trends (particularly in Europe) are static and consumption of fresh fruit and vegetables has been declining for years.

The saviour was Asia. As the European market declined, an affluent middle class with a taste for foreign products and brands was emerging rapidly in Asia. Closer to us and with a love and trust for NZ-grown products. The middle class in the Asia-Pacific region is predicted to grow from an estimated 525 million in 2009 to more than 3 billion by 2030. Many are vegetarians and most of them will be city dwellers. With NZ’s reputation and proximity we are ideally placed to feed them.

Today these new Asia/Pacific markets plus growth in demand from the Middle East accounts for more than 50% of NZ apple and pear exports.

New markets have led to a change in varieties. Other than the Royal Gala, which is popular everywhere, most Asian consumers have a preference for sweet red apples. A raft of new varieties has emerged to satisfy this demand: Envy, Pacific Rose, Smitten, Sweet Tango, Dazzle, Ambrosia, Pacific Queen, Pacific Beauty, Breeze and Sonja to name a few.

All are proprietary varieties – their growing and marketing is controlled exclusively by one company or a small group of companies working cohesively. This enables control of quality, distribution and promotion. It also provides the opportunity for many exporters to exploit niche markets. The challenge is that large supermarket chains require a critical volume of production, which requires a more collective response from an industry the size of NZ. Our total production is little more than one percent of world production.

Since the 2001 deregulation of ENZA, the single desk seller, the industry has been steadily integrating both vertically (supply chain) and horizontally (production). This applies particularly in Hawke’s Bay, where the industry has gone from more than 1,200 growers to less than 200.

Control of channels to market has been equally dramatic. Today the largest six exporters control 85% of the crop. Each has strong customer relationships across the globe and each has tailored its production, storage and supply systems to provide to different segments. For example, one has specialised in organic production and supply. Another focuses on the NZ local market. A third sends almost its entire crop to Asia.

The net result of the new shape of the industry is that there is less competition and therefore less price erosion. This more mature industry has finally realised that there are greater threats from southern hemisphere rivals such as Chile or South Africa than there are from the producer across the street. 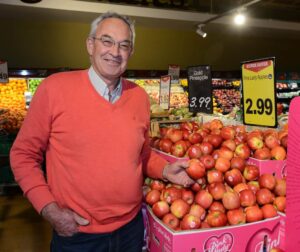 NZ leads the world in three key apple and pear statistics: production volumes of export-grade fruit grown per hectare, the smart use of agri-chemicals to achieve low residue production, and the number of countries where we have market access arrangements in place. It is no fluke that we hold the number one position on the annual World Apple Report rankings for apple-producing nations.

Hawke’s Bay’s excellent weather and soil are not the only contributors to this success. It is also because the industry has highly competent growers who have been prepared to jointly invest in research and development over a long period of time. That investment has led to the establishment of a cluster of world- class advisers and scientists who are central to the industry’s innovation systems and significant contributors to the competitive advantage it enjoys.

Central to this was the development of Integrated Fruit Production or IFP introduced in the 1990s. This production system, a world first, was a huge departure from current practice around the world at the time, which involved the regular and heavy use of harmful and non-selective sprays such as organophosphates.

Instead, growers started monitoring the numbers of harmful insects on their orchards through pheromone trapping and introduced the use of targeted selective sprays when required. The IFP system was introduced across the entire industry in a remarkably short time. IFP has since been refined to enable further reductions in residue levels whilst still meeting market access requirements.

Despite these successes, what might ‘upset the apple cart’? All of the technologies developed and employed by the apple industry in NZ will soon be replicated by other countries. The search for innovation to maintain premiums is endless. And the consumer market is constantly deluged with change.

One consequence of the mega trend towards urban living is a dramatic change in family size and eating habits. In our traditional markets in Europe and North America, one third of people live alone. And eat alone. In fact 50 per cent of all meals are consumed by one person eating by him or herself. These folks don’t go and do a supermarket shop and buy lots of fruit and vegies to take home and prepare.

Snacking has become the new normal. And local Rockit Global, producer of a small variety of apple and ExportNZ Hawke’s Bay’s ASB Exporter of the Year, illustrates one successful way of responding to the change.

But we need to do more. Although apples and other forms of fruit should fit well into the eat-on-the-run mentality, the reality is that other than for smoothies, the fruit sector has done a poor job of inserting itself into anything other than the traditional outlets – supermarkets and produce stores. Think how much fruit you see displayed in lunch or coffee bars?

Online food buying, fast becoming the purchase method of choice in many large cities in Asia, is another challenge to traditional outlets for food.

A recent study completed in Holland showed that only 15% of people under 20 years were eating the recommended servings of fresh fruit daily, while the percentage was 40% amongst 50 years and older. Question: will the percentage increase as those millennials mature? The annual Health Survey conducted in NZ portrays a similar pattern of declining consumption – the number of Kiwis eating the recommended two fruits per day has dropped from 43% to 40% in the past decade.

The apple and pear industry has always been at the forefront of innovation. But the technology of food production is moving so rapidly that difficult choices for investment lie ahead. Robot apple harvesters that can identify the ripe apples and harvest them without bruising and work 24-hour shifts are on the near horizon.

In Asia there are horticulture production sites inside multi-story buildings that are providing a viable pathway to market.

Having an abundance of flat and fertile land with good soils and climate may not guarantee future success against a glasshouse apple production system that can control pests and diseases with minimal chemical inputs and deliver reliable market access.

Seventy percent of the world’s major aquifers are in a state of serious decline through unsustainable levels of abstraction. The Heretaunga Plains is an exception. But recent research completed by the regional council on the Ngaruroro Aquifer suggests that total draw down by primary producers, processing plants and urban communities is much closer to capacity than previously believed.

Climate change scientists predict a drier and warmer east coast in the future. This will likely increase the demand for water.

The need for water storage to sustain current and future apple production as well as meeting whatever environmental standards are set for the Heretaunga Plains is an easy argument to support. The regional council knows that future economic growth cannot be at the expense of depletion in our rivers and streams.

One of the primary sector’s great challenges is to source and upskill sufficient permanent and seasonal staff to keep pace with anticipated growth. The apple industry alone will create 800 additional full-time jobs by 2020, more than 500 of them in Hawke’s Bay. Finding and training this number of people is a major challenge.

In addition to fulltime needs, total NZ seasonal demand for harvest and post-harvest processing in horticulture and viticulture currently requires around 10,000 Pacific Island workers or RSEs who receive temporary work visas. More than 4,000 of them come to Hawke’s Bay. By 2020 the apple industry’s extra seasonal labour need from trees already planted will require a further 3,000 seasonal jobs, 2,000 of them in Hawke’s Bay.

There is no shortage of willing workers in the Pacific Islands, but the delicate balancing act to ensure that New Zealanders are prioritized into this work challenges politicians, unions, growers and officials.

Every NZ primary sector has experienced periodic cycles of success and failure. The most recent has been the dairy sector with prices halving from one year to the next. Before that it was the kiwifruit industry with PSA decimating Zespri Gold production.

The pipfruit industry has enjoyed five good years. But serious challenges must be addressed if the rosy run is to continue.

Peter Beaven, a former orchardist, is a director of NZ Apples and Pears where he previously served as chief executive, and a Hawke’s Bay regional councillor.

One response to “Apple Futures”