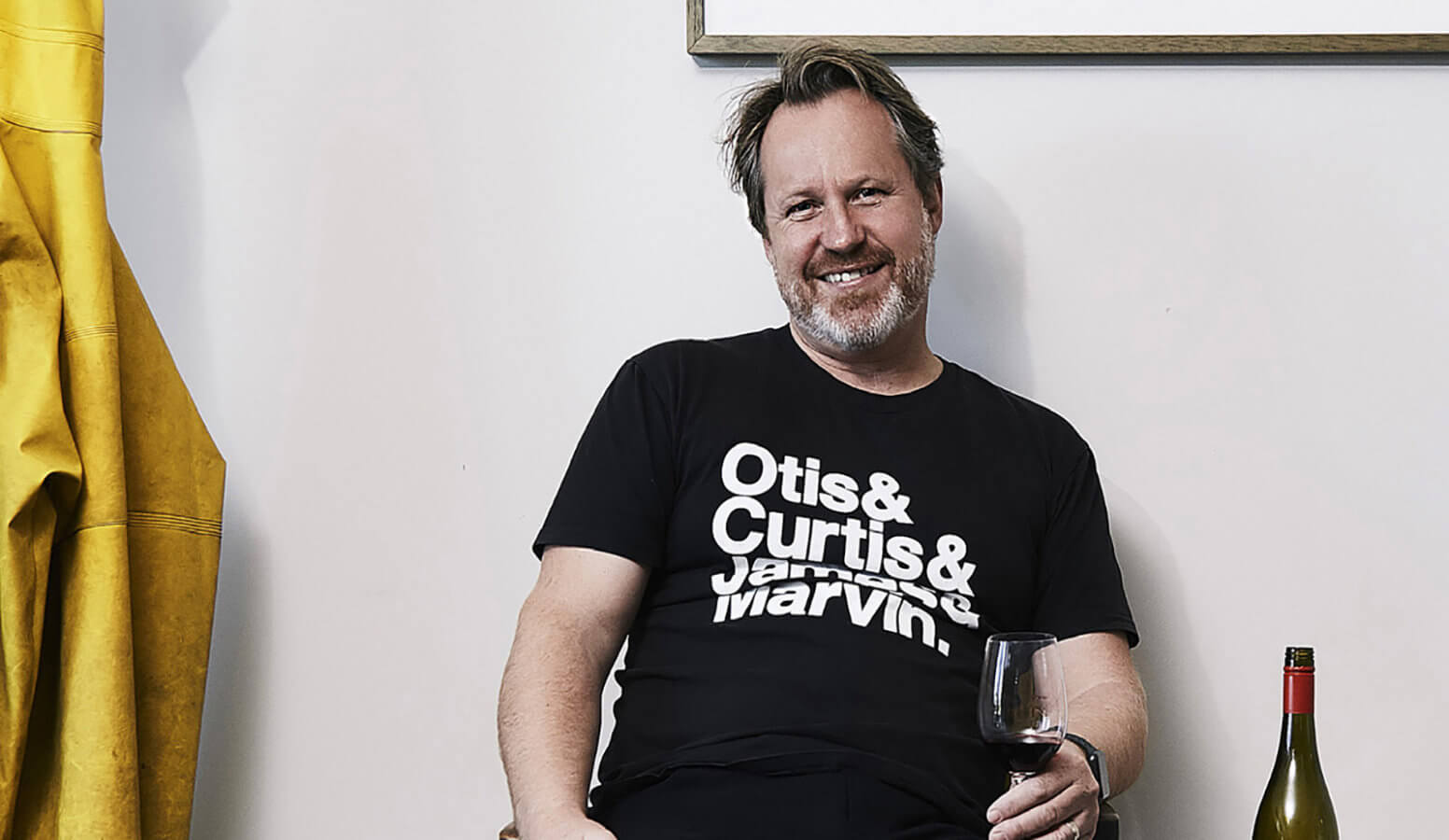 In October 2015, BayBuzz published the authoritative account of the wine industry in Hawke’s Bay from its beginnings in the 1850s, capturing the social history, personalities and winemaking styles of a century and a half, all richly illustrated in 200 pages. The book, Wine: Stories from Hawke’s Bay, was written by Mark Sweet; here Mark reports on significant recent developments in this iconic industry as it continues to build its world-leading reputation.

When interviewed in 2015 for Wine: Stories from Hawke’s Bay, Steve Smith was restless, and ready to move on from Craggy Range.

Over seventeen years, his expertise, and Peabody family money and enthusiasm created and consolidated Craggy Range in the vision of patriarch Terry, who at the outset said, “Within my lifetime, I want what we do to be recognized alongside the great wine estates of the world.” 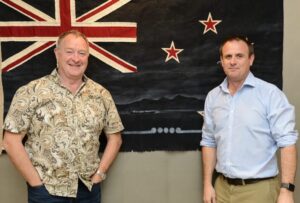 Smith has moved on and Craggy Range continues to soar, their latest achievement being the only New Zealand winery to be included in Wine & Spirit magazine’s Top 100 Wineries in the World, 2017. Not sitting still, Craggy is refitting its Cellar Door and Terroir Restaurant, a project to be completed in late November.

Brian Sheth is indeed wealthy. Forbes lists his net worth as $1.39 billion, and he’s only 41 years old.

“Brian’s great loves are his family, environmental philanthropy, New Zealand, and wine,” says Smith. “We first met at Craggy in 2012, then again in 2015, when he said to me, ‘we should do something together’.”

What they did first was form Smith & Sheth CRU brand, in the model of a French ‘negociant’, where grapes are sourced and crafted into fine wines, without owning vineyards.

Next came the “idea of putting together a collection of fine wine estates … concentrating on chardonnay and pinot noir,” with the criterion, “of old vines but development potential”. Aotearoa NZ Fine Wine Estates was born.

Acquisitions so far are Pyramid Valley Vineyards in North Canterbury, with 2.2 hectares planted in grapes, but 80 hectares of available land, described by Steve Smith as, “one of the greatest Chardonnay sites in the world,” producing “spellbinding wines”. And he should know. He’s the only viticulturalist in the world to achieve a Master Of Wine (MW) qualification.

For pinot noir, Smith and Sheth purchased Lowburn Ferry Wines in Central Otago, “with 3.3 hectares planted, and room for another 11 hectares”.

And says Smith, “We’ve purchased the last block of bare land, apart from defense department, on Gimblett Gravels, a four hectare parcel owned by the Gulliver family for many years. It’s small and an awkward shape, but based on what we did at Craggy I think there is a great opportunity in the super- expensive end for Hawke’s Bay wines.”

Chief executive officer of the venture is Michael Henley, former CEO of Trinity Hill and marketing manager at Craggy Range. As current chairman of Hawke’s Bay Winegrowers he is a strong advocate of Hawke’s Bay concentrating on Syrah, Chardonnay, and blended reds.

“Michael and I believe Chardonnay and Syrah are the future for Hawke’s Bay,” says Smith. “And if you’re going to make a unique statement, Syrah is the story.”

Rod McDonald has done just that. His 2015 Quarter Acre Syrah won this year’s Champion Red Wine at the International Wine Challenge (IWC) in London. IWC claims the most wines entered into competition, and is highly acclaimed. Roughly 13,000 entries are blind-tasted by hundreds of judges in three tasting rounds.

To win the best red wine in the competition is a superb achievement for Rod McDonald, and further enhances syrah’s future as a premium fine wine from Hawke’s Bay. 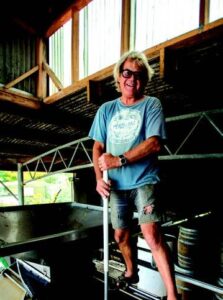 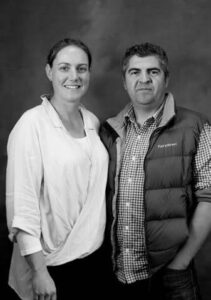 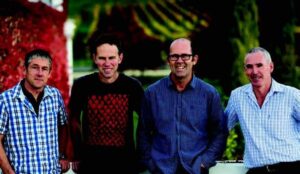 Te Mata Estate doesn’t enter competitions, but that hasn’t stopped Decanter magazine awarding its top accolade, Wine Legend, to Coleraine 1998 (60% Cabernet Sauvignon, 32% Merlot, 8% Cabernet Franc). It is the only New Zealand wine ever selected to sit alongside some of the greatest wines of the twentieth century, like Chateau Lafi te-Rothschild 1959 and Chateau Haut-Brion 1929, and a fitting recognition for the over 30 years relationship between Te Mata Estate winemaker Peter Cowley, senior viticulturist Larry Morgan, and owner John Buck.

Pask Estate has sold to Wellington-based Benton Family Wine Group, which also owns Jackson Estate in Marlborough. John Benton has been a director on the Pask board since 2001. The sale include the 800 tonne winery on Omahu Road and 58 hectares of vineyards on the Gimblett Gravels, which Chris Pask fi rst bought into in 1980, paying $40,000 for 17 hectares.

Co-owner of Pask Estate since 1993, winemaker Kate Radburnd, became the first woman named a Fellow of New Zealand Winegrowers in 2016, and we can look forward to more outstanding wines from Kate as she establishes her own brand.

Crossroads Winery has changed hands yet again. Founded by Malcolm Reeves and Lester O’Brien in 1989, they sold to Ager Sectus Wine Estates in 2000. Eleven years later Ager Sectus merged with Marlborough- based Yealands Estate. In June 2017 Crossroads sold to Glover Family Vineyards, whose brand is Zephyr.

Mission Estate expansion took a leap with their acquisition of Ngatarawa Winery brands. Established by Alwyn Corban with land-owner partner Garry Glazebrook in 1981, Ngatarawa production has steadily increased to around 200,000 cases a year, which include the brands Alwyn, Proprietors Reserve, Glazebrook, Silks, Country Mile, and Stables. 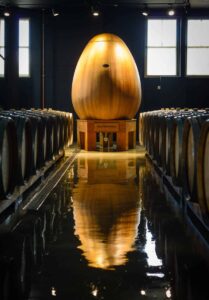 A bold initiative has been undertaken by Tony and Karryn Bish in establishing Urban Winery in the iconic art deco National Tobacco Building in Ahuriri.

Feature of the winery, and the Tony Bish Wines brand, is the use of egg-shaped fermenters, inspired by a tour of South America with a group of fellow winemakers. “We saw they used concrete eggs and the wines were fantastic,” says Bish.

He enquired into shipping eggs home, “but they weigh around 2 tonnes and the freight was around $8,000.” Instead he teamed with Josh Winters, of New Zealand Tanks in Hastings, and after extensive experimentation, 1,600 litre capacity concrete eggs are produced that retail at $14,000.

In the entry hall of Urban Winery, behind a vast glass wall, sits a cluster of eggs, and presiding over them like a giant mother hen is an enormous oak egg, a Taransaud Ovum, imported from France, and one of only 10 in the world.

Carrying the theme even further, Tony Bish is putting all his eggs in one basket, by producing wines from the chardonnay grape alone. “The trade love that I’m specialising and not doing the fruit salad thing. One hundred percent chardonnay helps us cut through a cluttered market. It’s a unique selling proposition unlike anything else.”

Urban Winery cellar door is open seven days a week, and the wine bar will operate Thursday through Saturday until 10.30pm, offering a range of Hawke’s Bay wines and craft beers, along with snack food and platters. 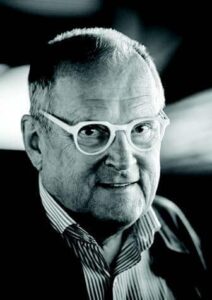 The Hawke’s Bay wine fraternity was shocked and saddened when in September 2016 founder of Elephant Hill Winery, Roger Weiss, died suddenly in his native Germany.

When interviewed for Wine: Stories from Hawke’s Bay in 2015, Roger Weiss said his aim was to “establish a brand, not only with high quality wine, but also with outstanding architecture, and it was also our target to have a high-end restaurant.”

Confirming the ambition of Roger Weiss, on 11 October 2017 Elephant Hill 2014 Reserve Syrah won Top Red Wine of Show at the Six Nations Wine Challenge in Sydney, the latest of numerous awards for Elephant Hill wines. The stunning copper-clad winery is an architectural gem, and the restaurant is consistently highly rated in reviews.

A year before his father died, Andreas Weiss left a stellar career in finance to become CEO of Elephant Hill, and continues the family commitment to excellence.

Clearly the industry is moving from strength to strength as winemakers take full advantage of Hawke’s Bay’s climate and soils with excellent craftsmanship and entrepreneurial zeal.

Wine: Stories from Hawke’s Bay can be purchased at most Hawke’s Bay bookstores and wineries, and online at www.winestorieshb.co.nz