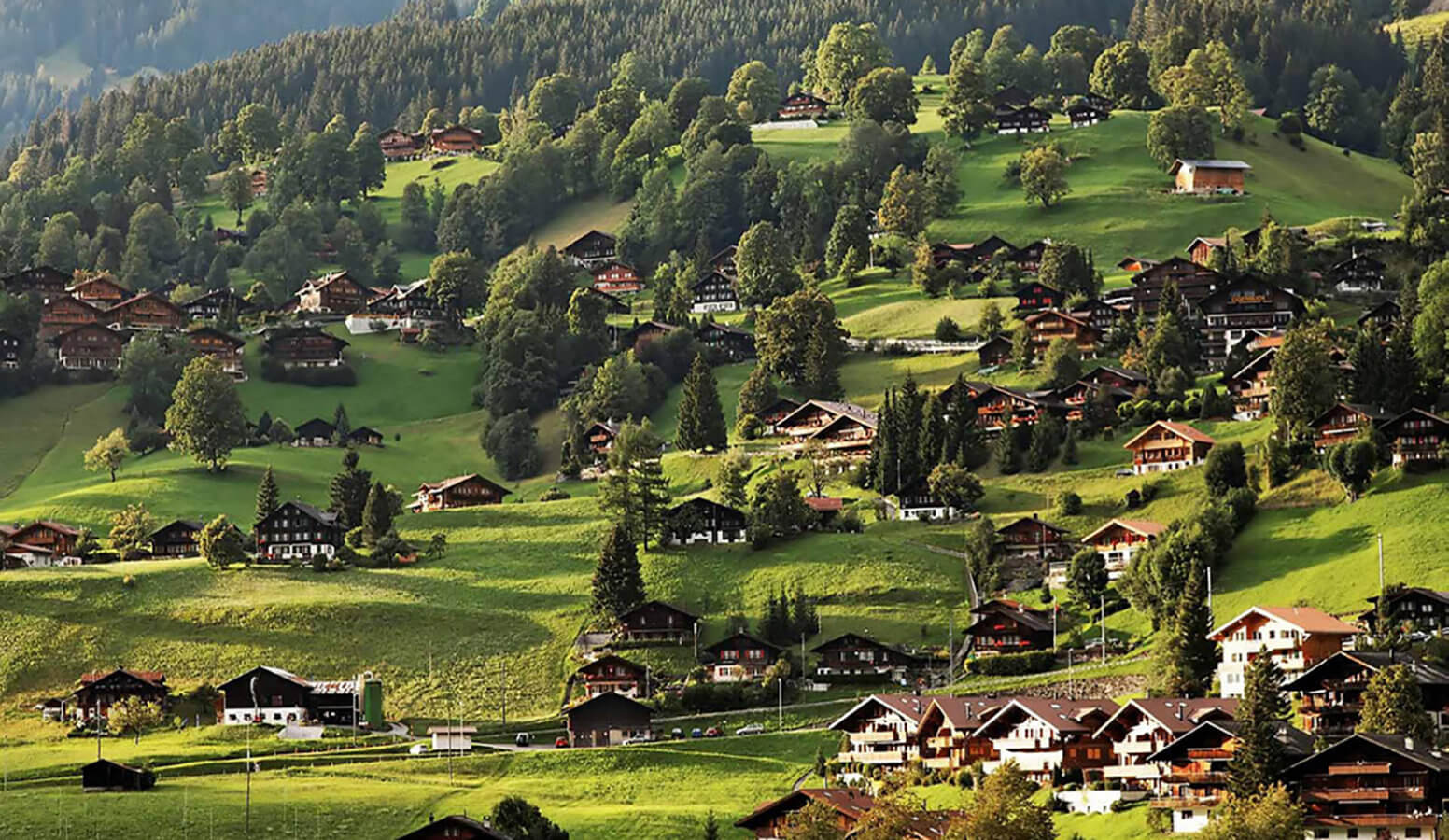 The government of my dreams

I missed the election. I was in Europe and felt quite sad about it.

I didn’t realise how much I enjoy the understated theatrics of election day in the provinces. The ritual of turning up at my old school hall, standing in a short line that would barely qualify as a queue; that moment of nervous ambivalence as you tick the boxes and seal your envelope.

Yes, I love election day, but I missed it.

Casting an early vote is like getting married at the registry office. The electoral officers look bored, as they haven’t seen anyone for 40 minutes. They put down their novels and take you through the voting process in ponderous detail. Closeting yourself in the polling booth seems a ridiculous thing to do as there is no one there to see who you vote for anyway.

The early vote process made me wonder if there was much point to voting at all. You see, we’ll get more of the same.

Those that complain there is no difference between Labour and National are quite right. National kept all of Labour’s popular initiatives like Working for Families and interest-free student loans. In opposition they railed against these things and the restraints of the RMA, but once in power they did pretty much nothing about them.

John ‘I’m not ideologically driven’ Key will be remembered for being blokey, popular and knowing when it was time to go. In three terms I can only think of the free trade agreements as notable achievements. Our trade with China has boomed beyond anyone’s expectations.

Now don’t think I’m too critical of John Key. His CV says ‘made a fortune, won every election and exited gracefully’. Yes, he was a master tactician when it came to his career, but his government wasn’t very courageous.

Indeed they dropped the ball when it comes to the housing boom and immigration. The trend for new money, and much of it dirty money, arriving to buy real estate in a ‘safe haven’ is well known. The same trend is recounted by taxi drivers in Singapore and other desirable cities in Asia-Pacific.

Coupled with this was the boom in immigration. In the last year 77,000 people immigrated to New Zealand, requiring some 30,000 homes to come from somewhere. A decent slice of the construction industry is coining it on the Christchurch rebuild, so the supply side hasn’t responded as we would have liked. Home construction always operates with a lag. Developers who build 50 new homes want to be sure that there are 50 new home buyers or they’ll face bankruptcy.

In many other industries there is excess supply waiting for customers to arrive with the cash. You could go to town and buy 50 TVs any day of the week, but housing doesn’t work this way.

The statistics on house price ‘inflation’ have been clear for some decades. When we go though a strong phase of net migration, house prices go up shortly thereafter. People arrive and look for somewhere to live. The Auckland statistics show this most clearly because most new immigrants think it’s the only credible population base.

In Auckland you can see the pressure that immigration has put on our infrastructure. The solution was simple – put a cap on immigration for a few years. You can’t turn away returning citizens and you don’t want to turn away foreigners coming to study, but government had to trim numbers somehow in order for the supply of houses to catch up.

We can’t be too critical of governments doing nothing. We elect conservative governments because we want them to do nothing. The prospect of a government that has grand ambitions to change the world terrifi es us.

One of the good things about being abroad is you get to hear about the problems elsewhere and see how good we have it in NZ.

The US always dominates on the news, but they don’t justify their airtime. A couple of Americans I know have left the country because of ‘what’s going on there’. But nothing is going on from what I can see. President Trump is tweeting. That’s about it. He hasn’t done much at all from what I can see and, apart from maybe bombing North Korea, he won’t.

President Obama didn’t get much done, apart from Obamacare, which won’t endure.

President Clinton intervened quite successfully in Kosovo, but is most remembered for ‘that woman, Miss Lewinsky’.

In the US the separation of powers of government into three branches was put in place to provide checks and balances.

In many cases that’s another way of stopping things from getting done.

After WWII an MMP type system was imposed on Germany to ensure that politically they would be a bumbling bureaucracy thereafter. It’s worked rather well, but proportional systems do allow fringe elements into government.

I’ve mentioned the Alternative für Deutschland (AFD) before. This is a ‘hard right’ nationalist party whose membership is overrepresented by angry young men with short cropped hair. They missed their 5% threshold narrowly at the last election, but this time round they’re the third biggest party with 12.6% of the vote and 94 seats in the Bundestag. That didn’t quite give them Winston’s ‘king-maker’ power, but almost.

I was in Switzerland a couple of weeks ago and their style of government is unique and widely respected. The country is split into 26 cantons which are responsible for most governmental activities. The national government handles key legislative functions, the army, international relationships and other boring stuff. It’s so unexciting that no one outside Switzerland knows the name of the President and Swiss politics never make the news. This central government is just over a quarter the size of the New Zealand Government in terms of their spending relative to GDP.

The cantons run most of the things people care about day to day. This creates a wonderful thing – competition. Each canton runs its own education system so they have 26 competing systems in place. This allows them to try different things and to observe how effective their systems are relative to their neighbouring cantons. They might even fi nd that one thing works better in the Italian part of Switzerland and another in the German part.

Best of all, these education systems are run by and accountable to their local communities – not some ministerial edict from the capital. It’s a system of direct democracy where the individual cantons are empowered and their people more engaged in the democratic process.

The cantons are also able to take quite different approaches to drug and alcohol law enforcement. They can try liberal or conservative approaches and see which works best.

Even better, each canton is able to set its own tax rates which are voted on by the people. In some cantons the tax rate on someone earning 100,000 Swiss francs a year is half what it is in another. Where the personal tax rates are low, the property prices are generally much higher. Where business tax rates are low, they attract more business investment. So each canton must decide what level of tax is appropriate to deliver the outcomes they want for their community.

This system should be more costly than a centralised one, but in Switzerland it doesn’t seem to be the case. With 26 mini-governments you’d also think it would be complete chaos and it is. But it’s small irrelevant chaos, mostly in someone else’s canton.

In a centralised system, government says it knows what’s best and standardises systems. We never really know whether it’s the best system or the worst because there isn’t anything locally to compare it with. In Switzerland, no canton gets it completely right, but they have a fair idea of how they’re performing relative to their neighbouring cantons. They have a system that incorporates a feedback loop for learning and further refi nement based on hard data.

Another wonderful thing about Switzerland is they have a relatively low level of university graduates (but a high level of PhDs). They encourage a higher percentage of students into vocational learning. That is, they produce more plumbers and fewer people with degrees in international relations.

Switzerland has had the most stable government in the modern world and it’s not surprising they have some things in common with the Romans. The Roman empire got too big and so they set up provincial governments, befriending powerful locals to help keep things in order. Rome managed some central planning and the army, but the provinces were increasingly self-governing. The Romans fancied that local issues were most effectively handled locally.

A decentralised government, direct democracy, an engaged community, policy development by limited trial and error – this is a government I dream of. It might be just a dream if it wasn’t alive and well in Switzerland.