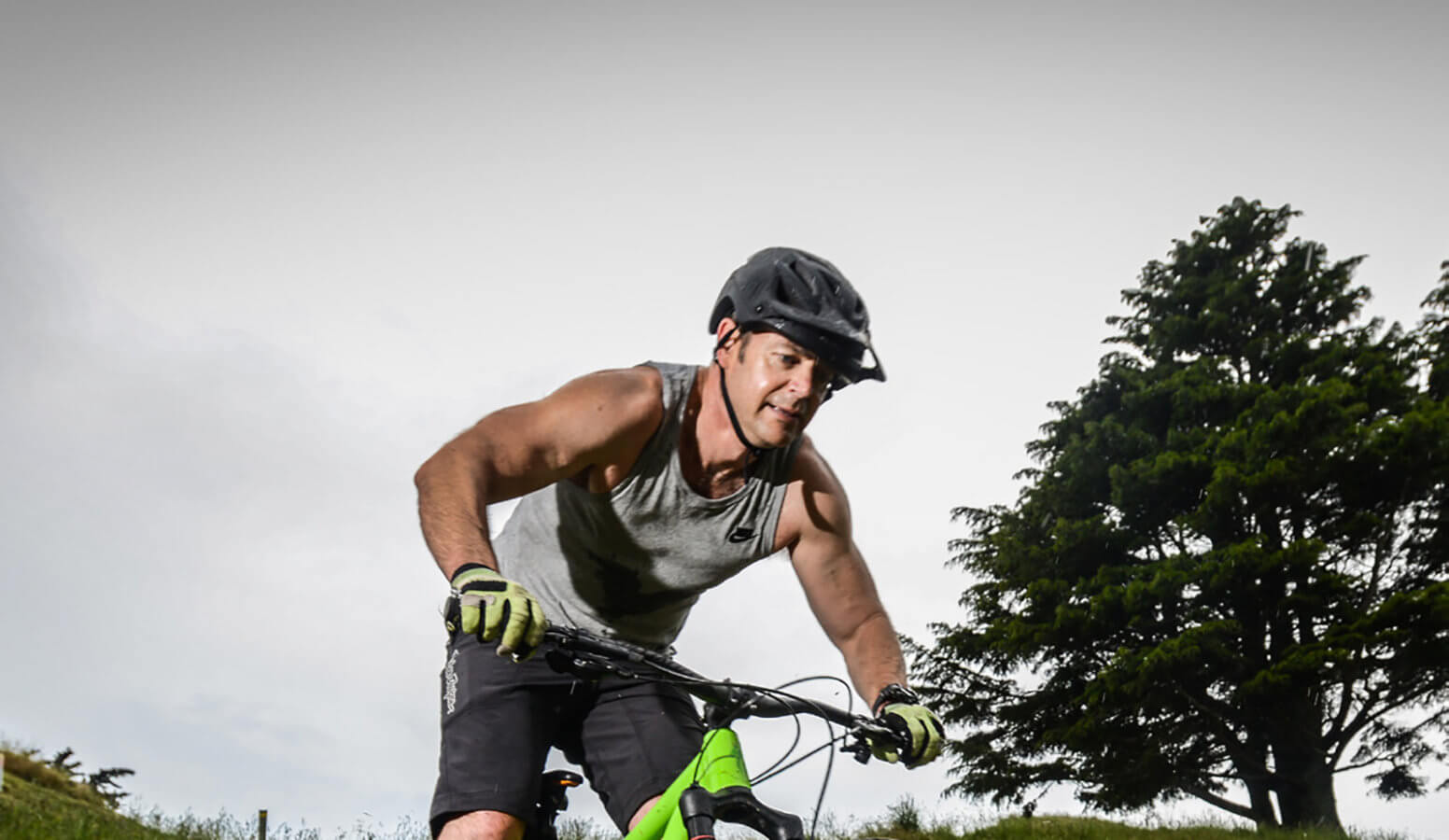 Mountain Biking on the Peak

Unfortunately they’re probably not the best experiences I’ve ever had on a bike, but they did begin an enduring relationship with the Park, as well as mountain biking.

As a child growing up in Hastings, I don’t recall too many visits up Te Mata Peak. My parents weren’t too active (it was the 1970s!) and our journeys from Hastings would have been in the Toyota Corolla for a drive out to Havelock North for an ice cream and maybe on the odd occasion a quick drive to the Peak summit.

So fast forward to the mid 90s, when Raleigh 20s and road cycles were being replaced by mountain bikes that weighed a tonne, such as Diamond Backs and GT.

Close friend Tim Wilkins had become a world-class adventure racer and was introducing his mates (me included) to his recreational pursuits. Te Mata Park was on our doorstep, so it was the closest place to go for a run or ride.

I recall a ride up the Peak on his spare bike, which was super flash because he’d brought it back from the United States. We biked up and down some very narrow and rutted sheep tracks that we shared with some grumpy walkers.

We were the ‘new age’ users of the Park, a bit like snowboarders were to skiers, and to walkers we were very unwelcome visitors. We had found their beloved tracks and now we were recklessly hurtling down them with no concern for our bodies, or theirs.

When I returned in 2001 from the UK, I chose the Bay more for the lifestyle than career opportunities. I wanted to be able to get out for a surf or a ride as quickly as possible without the hassle of traffic.

Being a mad keen surfer in the Bay is a challenge, as the surf is usually fickle. Weeks can pass without a decent wave. I needed a more regular adrenaline buzz and decided mountain biking was the answer.

For many years Te Mata Park has remained undeveloped for mountain biking. Rogue tracks by mountain bikers were built when no one was looking and over time, a rebel trail network slowly developed.

However, perhaps there was a vision by the Park’s Trust in the early days as a track was purposely built just below the summit car park. It was a downhill trail and you had two choices – either slog it out on the bike to the top or get dropped off by vehicle. I had an awesome aunty who I lived with for a while who would shuttle my cousin and me to the top at the weekends.

Some 25-plus years later that trail, which some say was one of the first official mountain bike trails in New Zealand, has just been given a revamp.

Today thanks to locals such as Tim Wilkins, Russell Nettlingham, a local riding club – Bennelong Mountain Bike Club and more recently Te Mata Park Trust, we are getting a bit closer to realising the tourism opportunity that mountain biking brings.

This will be the first summer we have new dedicated, professionally-designed and built trails on the Peak, that have bedded down perfectly over winter.

I love being able to drive to the Village, park the car near Hawthorne Café and within 1km be riding through a network of reserves that weave all the way to the bottom carpark at Tauroa Road.

There’s a great new track system within Tauroa Reserve including a bike-only track that weaves it way through the bush and across the stream.

Like anyone who gets a taste of something new, I want to see more. In reality Te Mata Park has only one uphill trail, three downhill trails and one kid-friendly track – which is currently too overgrown to use. At this stage the tracks are more suited for the more experienced rider with grades of intermediate, advanced and extreme.

The uphill track called Te Aratipi is a weaving switchback that connects you to the first downhill trail, Te Kahu, at the horseshoe bend near the water tanks. The climbing switchback is a great trail with plenty of twists and turns that help you forget that you are climbing uphill.

When you meet back up with the road at the water tanks, you can head down Te Kahu or continue to climb (up the road as there’s no off-track trail) to the next two downhills – Hori (or Georges to some), which is graded as extreme or up a bit further to the old mountain bike trail, which is now called Te Ihu, suitable for advanced riders.

My current favourite is Te Kahu, which can take you all the way back down to the Tauroa carpark or you can kick off at the Chambers Walk intersection and head back up Te Aratipi. Te Kahu is a challenging ride – with sweeping berms, a couple of jumps and a rock garden section that tests your ability to stay on the track!

I’ve biked in Queenstown, Naseby, Taupo and Rotorua and what’s unique is the 360 degree views. Queenstown can’t really compete with us on that front; their trails do overlook the town below, but you can’t see over the other side,

On Te Mata Peak you can see the snowcaps of Ruapehu and the Ruahine/Kaweka Ranges to Waimarama, Ocean Beach, Cape Kidnappers, Mahia and Napier Hill.

That’s where I see the opportunities. Te Mata Park is unique as a mountain bike park because every corner provides an awe-inspiring vista of the region.

The Park sits above Havelock North, which has the potential to be the hub for bike tourism in the Bay. Riders of all ages and capabilities can choose to go and explore the Old Tukituki Road, the Rotary Pathway to Haumoana, the Cape as well as Napier, navigate some reserves up to the Peak or head down to the BMX track for a bit of action.

So where is my favourite place to ride? Havelock North – it has it all. Well it has the potential to have it all … the vision is there, it just needs to be fast tracked.