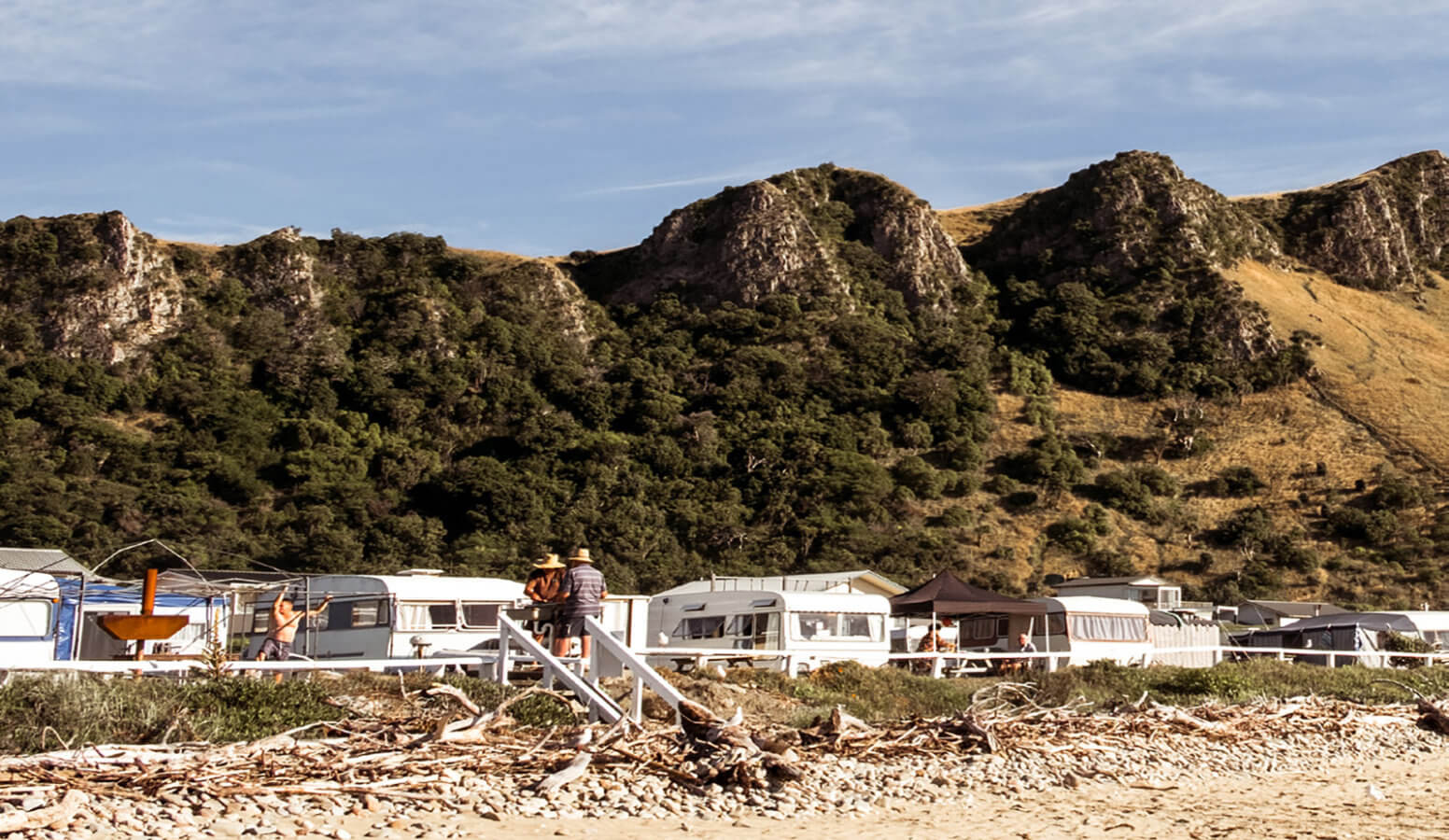 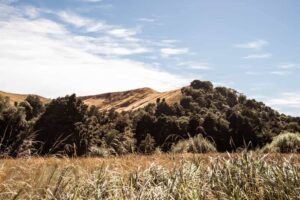 Middle Road follows an old Māori coastal path south, wending through rolling farmland in the Tukituki Valley, from Lucknow Lodge on the edge of Havelock North to Patangata Tavern and the once-longest concrete bridge in the southern hemisphere.

It’s a pretty drive: the white gold of Hawke’s Bay hills set against a brilliant blue sky, an occasional lone ti kouka. Pockets of poplar trees and gums shimmer like a mirage, and to the left, the river, languid on its wide shingle bed. On a sultry hot day, the landscape feels eerily empty; a few sheep grazing, the apocalyptic roar of cicadas.

The Tukituki was an important, navigable waterway for tangata whenua, who did a thriving trade with the early pastoralists from their many fortified pā and kainga (open settlements) along here, ferrying wool and grain down the river and supplies upstream. It became a key ‘highway’ for Pākehā pioneers too, but clearing the dense vegetation for pasture gradually led to the river widening, eroding its banks, and forming a stony shallow course.

From the former site of Camp David (now Youth Quest), there are stunning views across the terraces down to the Tukituki River, sweeping out to the coastal ranges. Pātangata Pā (‘the pā of many people’), which sprawled from here to Patangata Bridge, was still occupied when negotiations for Donald Mclean’s brokered land purchase took place, the so-called Waipukurau, or Hapuku Block, in 1851 – one of the first significant land sales in Hawke’s Bay, which paved the way for large-scale pastoral farming and European settlement.

At the Patangata junction – 100 years ago a community with a post office, hotel, school, store and blacksmith; now a popular recreational river spot – if you nip up River Rd, just past the Patangata Clay Target Club, you can visit the historic grave of Charles de Pelichet, a Crown surveyor who died pig-hunting in 1853, shot accidently by a mate. To the slightly unsettling accompaniment of gunfire, you climb a gate and walk across the paddock, where he rests beneath a stone memorial, some dead thistles, watched over by sheep.

Following Kairakau Rd towards the coast, Elsthorpe is approached by an extraordinary stretch of road. Crossing the First Bull Paddock and Second Bull Paddock bridges ‘classic’ Central Hawke’s Bay countryside gives way momentarily to thick, dark stands of native bush: kahikatea, tōtara, rimu … many of these trees are 400-500 years old, part of the large podocarp forest, Tapu a Hinemahanga, that once covered the whole Elsthorpe basin and down to Kairakau Beach.

In 1896 when Elsthorpe Estate was divvied up as a settlement, 35 hectares of native bush was set aside for protection. The reserve (in two parts, both sides of the village) is one of the best remnants of the original forest, and gives a glimpse into how these hills once looked. It’s well worth the journey to walk the 15-minute loop track at the Elsthorpe Scenic Reserve, cool and peaceful in the summer heat; the deep whirring wings of kererū, while not far-off, the siren sounds for the voluntary fire brigade. 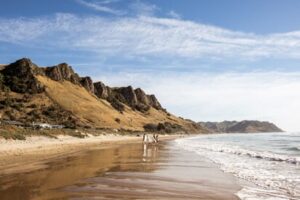 St Stephen’s, the little weatherboard church with its corrugated iron roof and lancet windows, is an example of a Selwyn parish church – that distinctly NZ-adapted style of Gothic revival architecture found throughout rural New Zealand. It was built around the same time (1907-8) as the Elsthorpe Hall next door. But as with many rural communities lucky enough to still have one, the heartof Elsthorpe is now its small vibrant school, which has been going strong for 120 years; the original school house still standing.

Kairakau Beach with its dramatic cliff forms, scalloped shore and dynamic river mouth, is a beloved beach in the iconic Kiwi way: camping ground, clapboard baches, tractors on the sand. The first baches were built in the 1920s, but Māori have lived and fished here for centuries. On the hills to the right of the picturesque entrance, is the commanding historic site of Manawarakau Pā. The three volcanic rock formations off the beach are known as Hinemahanga’s floats – as with many of the geological features along this coast, there’s an accompanying legend. 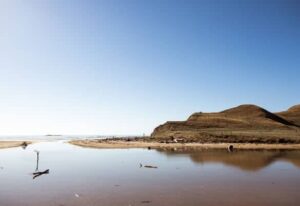 Going back three million years, the Elsthorpe district itself was all under the sea. Kahuranaki Rd, from Elsthorpe to the Waimarama turn-off and the sweeping back of Te Mata Peak, runs along the Elsthorpe Anticline. As the seabed lifted up, compression from the east bent the sedimentary rocks into a huge arch-shaped fold; over the intervening millennia the centre eroded, leaving two limestone ridges on either side.

Look out for Mt Kahuranaki (664m) on the right, the highest summit on the Hawke’s Bay coast (the telecommunications trig was built in the 1950s). It’s a unique geological feature and a significant wāhi tapu for Ngāti Kahungunu and the Te Whatuiapiti hapū, with ancient burial sites and a rich oral history. The mountain is protected under the New Zealand Historic Places Trust. 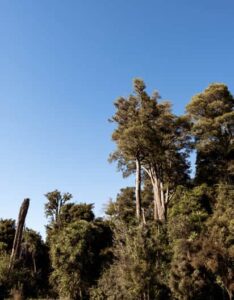