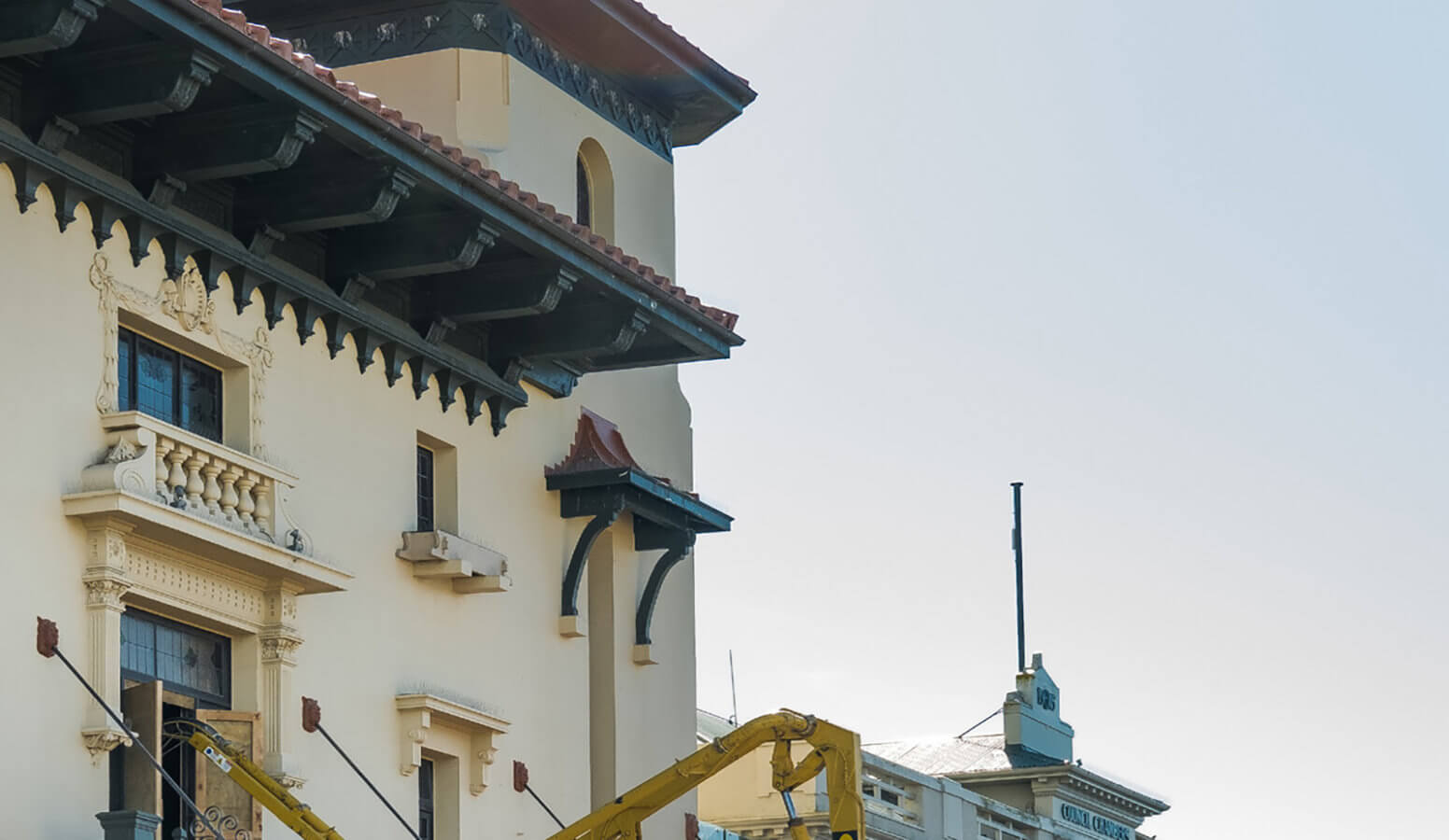 A Diva in the CBD

Opera houses around the world are experiencing a resurgence. None more so than the Hawke’s Bay Opera House. The bustling activity in Heretaunga and Hastings Streets is proof. Here BayBuzz reveals what is going on behind the barricades. 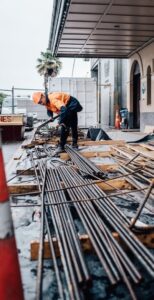 The vital role art and culture plays in urban development is well documented. And the buildings which have over the decades, if not centuries, provided a gathering point for those seeking a place for artistic and cultural fulfillment, are testament to the fact.

Acknowledged to be one of the finest examples of Spanish Mission architecture in the country, its somewhat idiosyncratic design was created by Henry Eli White in 1915. It is one of the earliest survivors of a raft of some 130 buildings for which he was responsible, most of them theatres.

White’s so called ‘atmospheric’ style incorporated Spanish, Moorish, Venetian and Indian influences, and both His Majesty’s Theatre and the St James in Wellington were later examples of his approach. Possibly his most famous, however, is the State Theatre in Sydney. Not only were his theatres lavishly ornate, but they achieved technical and functional advancements through his solid knowledge of the building industry gained from an early age by working with his bricklayer father.

But apart from the fact that the architectural quality of our Opera House is matched by only a handful of others nationwide, it was the decision made by the then Hastings Borough Council to build a theatre which would seat 1,100 in a town of only 7,000 residents that is possibly even more remarkable. A decision which took considerable courage and resilience. Some might have said, blatantly bold.

On the 21st of April 1915, the foundation stone was laid under the supervision of Bull Brothers, who had put in the lowest building tender of 12,000 pounds. Amazingly, given the escalating costs on city structures today, it ultimately cost just under 16,000 pounds. With its captivating Spanish Mission style exterior and art nouveau interior of richly ornate plaster decor, coloured leadlight windows and magnificent sunburst chandelier, it was a masterpiece. 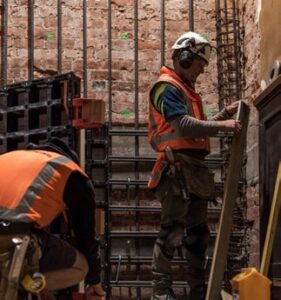 A masterpiece that, when the 1931 earthquake struck Napier, would influence the architectural style of the city’s rebuild, giving it an iconic style recognised around the globe.

The Napier earthquake was also responsible for a major reconstruction and modification of the theatre which, although unscathed, needed to comply with new earthquake laws instigated for the future safety of the country. During the ensuing years, the stage and dressing rooms were rebuilt with reinforced concrete and the auditorium strengthened. A different design replaced the tower roofs and subsequent alterations were made in the early 1990s. A bar, upgrades of the stage and dressing rooms as well as access to the Municipal Building were introduced.

In 2004 more restoration and upgrading of the auditorium and backstage facilities took place. The plaza and foyer with the retractable roof were later additions. Many were involved after 1931 and multiple changes made. The Municipal Theatre continued as a cinema and the theatre was run in conjunction with adjoining facilities as the Hastings Municipal Theatre Complex. 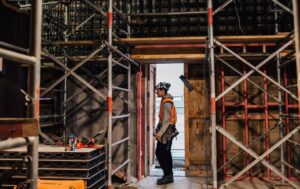 Such restorations and improvements supposedly left the Opera House ready to continue its recognised position as a building of great social and cultural significance to the greater Hawke’s Bay, attracting audiences from not only the region, but also beyond.

Then the Christchurch earthquakes struck. And throughout the country all earthquake compliance codes were changed. Significant buildings like the Opera House were re-assessed. And it fell far short of the new standards. Critical structural weaknesses were discovered which indicated one part of the buildings’ walls could collapse. And it was closed.

But to give credit to the council – it was not to be thwarted. The Hastings Opera House is an architectural icon and a referendum to the public as to whether the Opera House should be closed or made compliant with the new laws reaped an 85% positive response.

Masterminding this vast undertaking is Herman Wismeyer from Focus Project Management. Herman is a veteran of the Christchurch rebuild. He arrived in the city the day after it had been shaken to its foundations. Working with Opus Consultants, he was assigned to the city’s heritage buildings. Born in Hawke’s Bay, but with 35 years working on the architecture of old buildings (he’s passionate about the Dutch Railway), he worked in Paris, Amsterdam and Brussels, focusing strongly on heritage buildings.

Returning to New Zealand, he had not been prepared for the somewhat pragmatic approach the average New Zealander had to buildings of historic interest. “I noticed the difference straight away between the two. In Europe, probably because of its age, there is a reverence for beautiful heritage buildings. Here we are far more pragmatic – why not knock down and rebuild?

“I like the responsibility to pursue our heritage with the cultural and historic stories those buildings bear. In 25 years’ time those newly-built structures replacing the historic ones will not have any of that. Also there is a power heritage buildings have and always will have. They dictate what can be done to them rather than us. It’s wonderful to reflect on the history and what those buildings have seen. 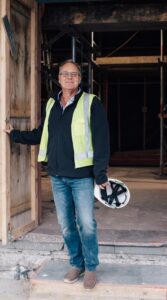 “The Christchurch earthquakes were a wake-up call to the engineering fraternity. Looking at cost effectiveness of preserving or knocking down. And although initially it has been thought that saving heritage buildings is hugely expensive, the business case to strengthen rather than build new indicates often it is cheaper to fortify. And look at what you are providing – a historical landmark, which a new building would take years to achieve … If ever.”

The council deserves credit for not only abiding by the referendum but under the auspices of Hastings District Council’s community facilities and programmes group manager, Alison Banks, making the decision to employ a project manager. Herman came to Hawke’s Bay to undertake the task one month after Alison’s appointment to Council.

The budget estimate, well known, lies between $10 and $11.4 million which allows for the development of conceptual design, strengthening and refurbishing. The finance comes from various sources, government providing $4 million, some through rates, some through borrowing. Every aspect of the reconstruction is reviewed in order to conserve as much as possible, and re-use elsewhere other valuable structural materials that have no further service to the building.

Herman comments that with such attention to detail it is highly likely that the average visitor will wonder what the difference is between the old and the refurbished.

Two new bars are being added on the first and second levels of the Cushing Foyer, so three in all. A new roof – the old one revealed the internal guttering could allow water seepage that could potentially damage the beautiful auditorium ceiling so there are now external gutters. The same colours are being used, but everything will be totally refreshed. New carpets, new toilets (which he raves about as being ‘state of the art’). The areas for gatherings offer more functionality.

An accessibility ramp has been added at the front entrance, so those less mobile have the same pleasure of entering the superb foyer of the Opera House as any other more mobile person. “Originally it was at one side,” Herman explains, “but it is a magnificent heritage feature and now everyone will have that joy when they make their entry.”

There have been discoveries along the way – both good and not so. The underground foundations revealed that the walls once assumed to be steel-strengthened, actually weren’t. “The Opera House was built really well,” Herman explains, “but there were some areas that lacked connections between the northern and southern walls. Also the unreinforced masonry walls presented a problem. These are being strengthened by putting up sheer walls against the unreinforced brick walls and adding steel reinforcement. When the Opera House was built, steel and concrete were used so basically the same materials are being used.

“The foundations needed steel reinforcement. But digging into them we found some old road signs for upcoming events – huge ones on boards – and the original generator. It was made in 1912 in England and shipped out.It is one of the few of its kind left in the world, so it will now be under glass on show in the public foyer so guests can enjoy this part of the Opera House heritage.” 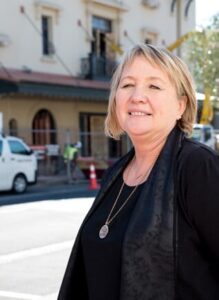 Paint scrapes have been stripped from the walls to get the exact match of the original colour. “The shades are precious to the original concept and we are keeping them that way. We did however make the decision to change the toilets and some interiors have been changed slightly. And some of the strengthening work that was done in 2007, like the dropped bulkhead in the foyer, have been taken away and redesigned according to the original designs.”

The Plaza, which had been bestowed with a retractable roof will now be permanent “and weather tight,” comments Herman. “The glass facade and artwork have been replicated and internally steel rods with supporting structures ensure they stay in place no matter the shaking. Also the acoustics and the air conditioning have definitely been improved. The Opera House reception rooms are very popular for public receptions and it is important to guarantee they are up to standards needed to keep guests comfortable.”

The refurbishment and strengthening Herman oversees has been designed by structural engineers with a team of mechanical engineers, planners, architects, and quantity surveyors. GEMCO is strongly involved with the design and others who are responsible for the acoustics and electrics and the trillion other things that are largely unseen but necessary for modernisation.

“In fact the Opera House is reputed to have some of the best acoustics in the southern hemisphere,” Herman remarks, “and before we started the properties were measured on how the building performed to make sure the outcome was perfect. The true test was when someone was up in ‘the gods’ and when he spoke I could actually hear what he said … and I was on the ground floor.

“Alison Dangerfield from Heritage New Zealand, who looks after Hawke’s Bay, is advising us to ensure the aspects changed are not too intrusive and adhere to their heritage. And other advisors and experts are being called upon when necessary. But basically what most people may conjecture about is where the $11.4 million has gone. About 70% is unseen.”

With the Plaza due to open at the end of this year and the Opera House itself by the end of 2019, there can be no doubt this area of the CBD will be receiving a fresh and welcome growth boost.