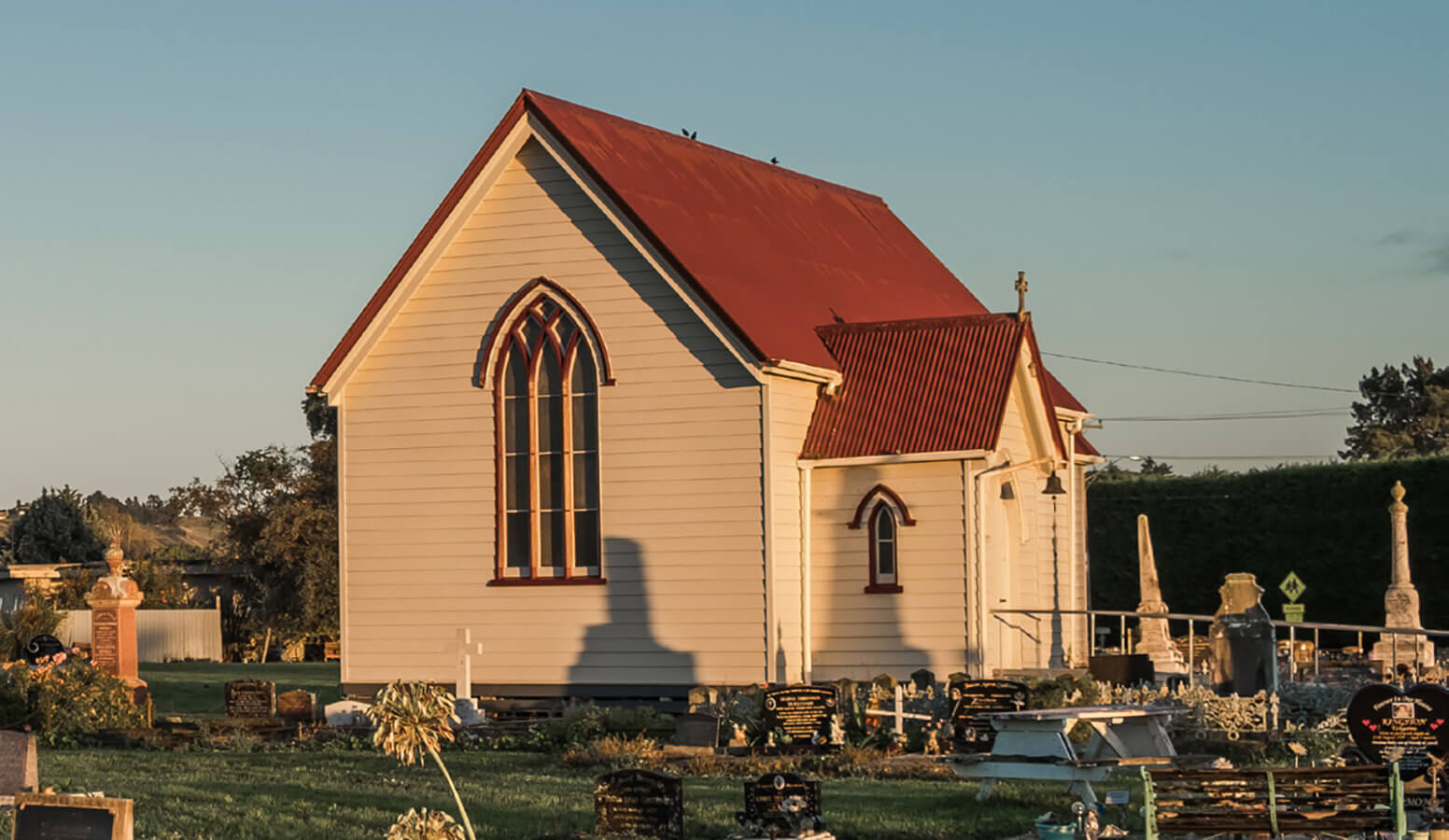 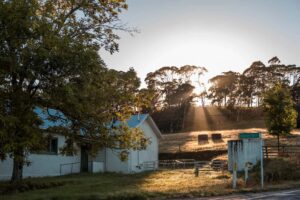 Fernhill crossroads at first light, the papa kāinga of Omahu: St John’s Church offers a counterpoint of stillness and reflection. Along the fence, a stand of plastic milk bottles filled with water for tending graves, both the freshly piled with flowers and the lichen-covered headstones enscripted in Māori. There’s a memorial to the New Zealand wars.

The church (consecrated in 1879) was established by Rēnata Tama-ki-Hikurangi Kawepō (Ngāti Hinemanu/Ngai Te Upokoiri), last ariki – paramount chief – of Heretaunga, who before his death in 1888, held mana over vast tracts of land from the mountains to the sea. His is a riveting life story, which intersects with many key moments and players in the 19th century settlement of our region. 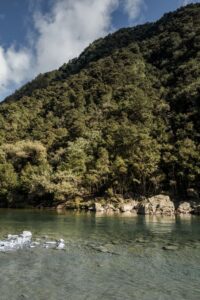 To turn at this crossroads onto the Taihape Road, is to take a journey into Hawke’s Bay’s Wild West towards Inland Pātea and the infamous Gentle Annie. An ancient Māori route became a packhorse and bullock cart trail that cut into steep mountains; from hauling tonnes of wool to the port, to an elusive quest for gold and the lure of the Victorian tourist trade. For those who know this secret highway, it’s the most sublimely ‘desolate’ road.

Just out of Omahu beside a gnarled old willow in a paddock with grazing cows, there’s a touching totara memorial to old Patriarch – “one of the handsomest, gamest and most docile of equine celebrities” – who died in 1894. It’s a reminder of the crucial role horses once played, and how these ‘roads’ inland took days to traverse in often treacherous conditions.

Nowadays, it takes about three seconds to drive through the hamlet of Sherenden, 20km on: district school (1916), community hall (1920), and the rural fire force. Worth stopping, however, to hear the quardle oodle ardle of magpies in the gums and macrocarpa, and to admire the stand of flourishing oaks, planted here by, amongst others, three of NZ’s governors-general. 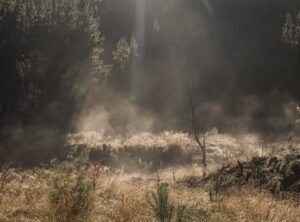 It’s a benevolent pastoral landscape thus far, with a sense of elevation, space, as the road dips and twists to offer stunning, sweeping panoramas out east to the coast. You can catch a glimpse of the historic Mangawhare Homestead – at one time, the only house on the road between Hastings and Taihape.

Undulating foothills give way, abruptly, to pines and the dark, looming Kaweka Ranges: great jagged shafts of greywacke rock thrust up by tectonic forces. The original forest blanket was burnt and scoured out by volcanic eruptions millennia ago; the fern and flax vegetation later stripped by colonists for vast merino sheep stations. The land proved poor for farming; winds and grazing eroded the exposed volcanic ash and pumice soils – by the 1900s, much of this area had been abandoned. By the 1960s, it was planted in commercial state forest.

Southern Kaweka Forest Park covers some 67,000 hectares and is now under the auspices of the Department of Conservation. Between tracts of forestry in all its stages – from moonscape hills, to baby trees and thick dense pine – there are flanks of mānuka, kānuka and beech regeneration; alpine meadows. This is an area peppered with remote DOC huts and rugged tramping tracks, the province of hunters and man-alone types. 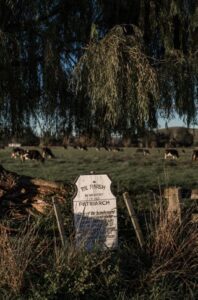 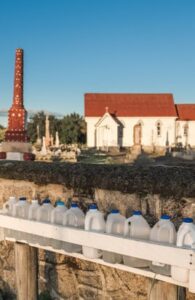 But there are plenty of day walks that warrant a family trip out. Blowhard Bush is a must, with generous picnic facilities and well-maintained tracks. The 63 hectare reserve (a private gift to Forest & Bird in 1962), contains native podocarp forest, protected birdlife, and much to explore, from giant trees (such as a 25m matai, 700-800 years old) to tiny native orchids; damp, mossy water-cut passages and limestone caves, including Patiki’s Cave – home to a Māori family (and a tale of elopement) in the 1800s.

Following ‘The Lakes’ turn-off – where there are said to be trout from Loch Leven, Scotland, released in the 1860s – the Taihape Road winds down to the Kuripapango depression and a sprawling DOC campsite on an oxbow bend of the Ngaruroro. On the Easter weekend it’s filled with families happily hauling water in buckets from the river, frying sausages, pitching camp between clumps of mānuka. It’s a popular spot for trout fishing; in earlier times, a place for resting horses. 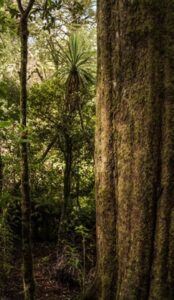 In 1882, there were two hotels here, one on either side of the river before they merged to become the Kuripapango Hotel, advertised abroad as a health resort. During its short-lived heyday in the 1890s, “Ladies and children with peckish appetites were whisked up to Kuripapango to have their gastric juices stirred up by the mountain air.” But floods in 1897 washed out the road and main bridge, and four years later the hotel burnt down – the guests whisked back to Napier in their pyjamas.

Beyond the Kuripapango Bridge you can see the precipitous Gentle Annie winding steeply up, 736m above sea level, into Rangitikei District and the Central Plateau. It’s well worth the climb, but that’s another journey. 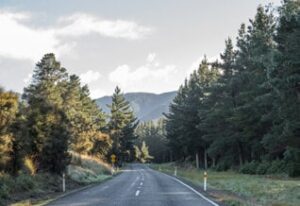 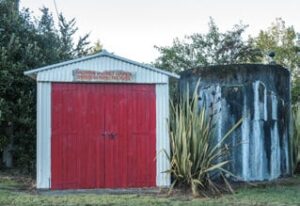 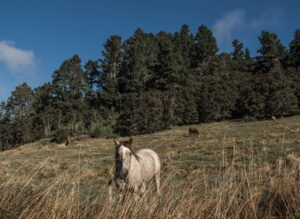