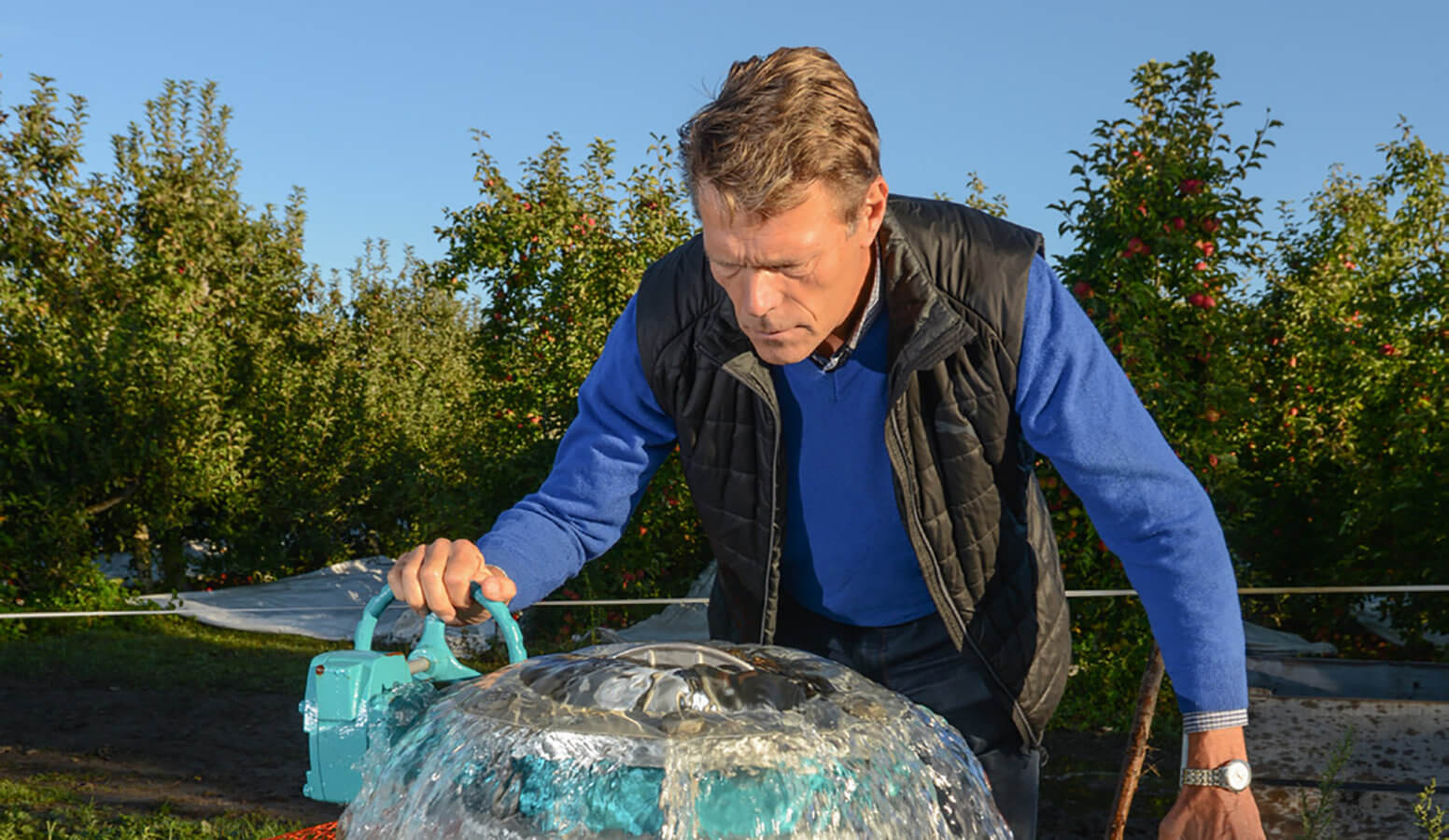 This is a story of how irrigators can grow and maintain the excellent quality of our Hawke’s Bay produce by having access to reliable and sustainable irrigation, while benefitting our environment and community at the same time.

Growers of perishable goods, who often compete against one another in local and overseas markets, have come together to make better use of a common good. That common good is water.

In 2010 all the irrigation consents in the Twyford region were renewed. According to a 2009 technical report by HBRC the resource was deemed to be over allocated. In layman terms this means that the water allocated on paper was more than the resource could stand to be extracted. In many cases water was surrendered in good faith without proper consultation or explanation of the consequences.

Many irrigators found themselves with less water than they initially thought they would be consented. A ground swell of dissatisfaction started to build, and the Twyford Irrigator Group (TIG) was formed.

The irrigation season in 2011 was a non-event. (Note to self not to buy 2011 HB wine). But then the big dry of 2012/13 completely reversed that situation. In Twyford both the Raupare and the Ngaruroro water bodies went on ban and the Ngaruroro stayed on ban for over 35 days, producing serious immediate and long-term consequences for trees, vines and root crops. The cost of that drought has never been calculated, but it was high.

Heated meetings were held at the Twyford hall between HBRC staff and irrigators. Too many jobs and people affected who had made long-term investments to grow the region’s first class produce. The Twyford region was no longer a preferred region to invest in; property values started to be impacted.

Fortunately, there were people on both sides of the argument who wanted to find a solution so that irrigation bans would never happen again.

The Twyford Irrigator Group, HBRC management and a very able planner worked hard on all the options. The most logical but untested Global Consent concept seemed to be the best option every one could agree on.

A global consent is the pooling of members’ water into one consent. Each grower has more flexibility as to when they use, and how much they use. Water is used only when it is needed, allowing best practice water management. The global consent holder, Twyford Cooperative Company Ltd (TCCL) is responsible for administering this total volume. Strict consent conditions require annual reporting, data gathering, testing of augmentation water, well security, water meter verification etc. The GC is a great environmental and economic solution that meets the high expectations of the public on managing water rights within the limits outlined by the Resource Management Act.

One remarkable aspect of the Twyford model is the fact that landowners with very little water and in some cases no water are accepted into the global consent and therefore can continue to irrigate their valuable crops – we call that ‘give to gain’.

And here is a second ‘give to gain’ feature build into the global consent.

The pristine spring-fed Raupare stream, which runs through Twyford, has a low flow level of 300 litres per second. So, if and when the flow falls below this minimum, all irrigation needs to cease, unless there is a way to supplement or augment the flow of the Raupare.

Through careful planning there is enough irrigation water to augment the Raupare. No additional water is required for this process.

What are the advantages of augmentation?

Without augmentation, irrigation bans will occur and with climate change this will happen more frequently. When a ban is looming a natural response is to ‘panic irrigate’ – to fill up the soil profile and hope that it will outlast the ban. This uses far more irrigation water in a short time, has a detrimental effect on the quality of the crop and the soil profile, and causes leaching of nutrients. ‘Just in case’ irrigation rather than ‘just in time’.

The Raupare stream minimum flow is set to maintain a flow that is deemed to maintain in-stream ecological values. Stringent conditions attached to augmentation. Augmentation water, as it is directly from a well, is cooler than the receiving water body. Augmentation water must have a higher level of oxygen than the receiving waterbody. This is achieved by running the augmentation water through a complex structure to add oxygen. So not only will the flow be kept above a preferred value, it is also enriched with oxygen and cooler water, both benefitting the ecological health of the stream.

The Twyford community has taken responsibility for our sub-catchment. We are determined to be good stewards of all things water in our area.

Working with the HBRC we will complete close to 20 kilometres of riparian planting over the next five years. Every landowner contributes annually on a per hectare basis. Our local Twyford school is getting involved in the growing, planting and maintaining of our more prominent stretches of the Raupare.

If we can get our young ones inspired and becoming the kaitiaki of our awa, then we have an even brighter future ahead.

Jerf van Beek’s grows cherries as his day job. He is chairman of the Twyford Co-operative Company and coordinates seasonal labour nationwide for HortNZ.