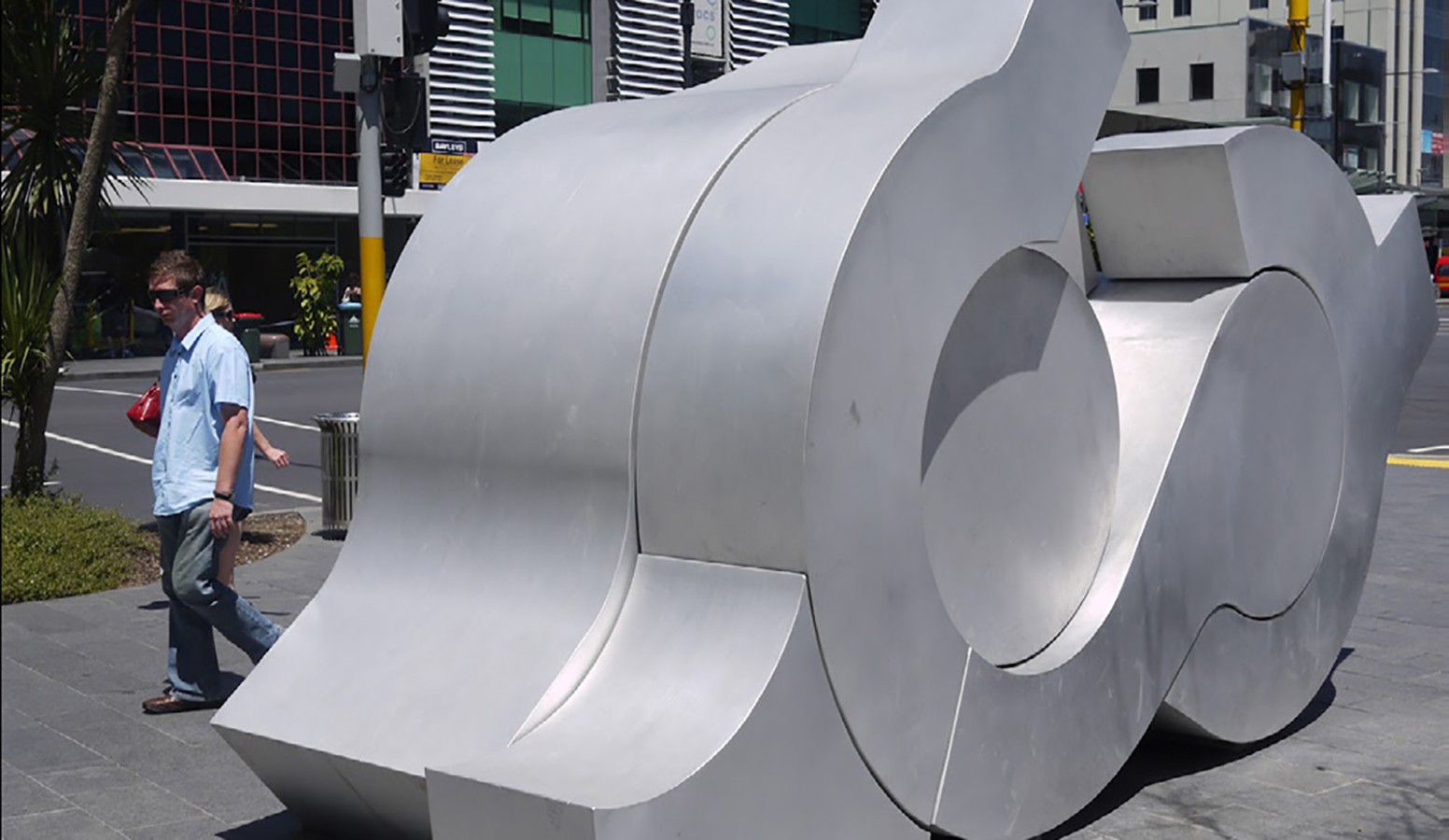 Many years ago I emerged from art school with a high ideal that art could make towns better places to live in.

It didn’t happen, of course, and for most of the last century our towns remained resolutely committed to ‘no nonsense’ utilitarianism. Public art was largely confined to statues of founding fathers, politicians and the mandatory, larger than life Queen Victoria reassuring us that ‘we British’ were securely (and dutifully) part of the greater empire. 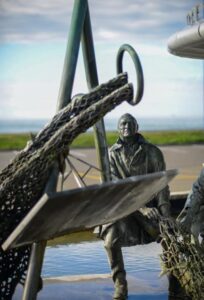 There were also the stiff, expressionless World War I soldier memorials imported from Italy (there’s one in Clive). If you want to see a decent war memorial, go to the Devonport War Memorial, which is a life-size bronze soldier by Gallipoli veteran Frank Lynch. Lynch’s soldier is a man of action, with bootlaces undone and a lived-in uniform, who looks back in sorrow at his fallen mates.

Say what you like about the folk from north of the Bombay Hills, but in the 1960s they led the way by commissioning artworks that recognised wider community values than just historical stereotypes. Molly Macalister’s Maori Warrior acknowledged that settlement in Auckland existed long before 1840 and it still retains a dignified presence even amidst the overwhelming architecture of lower Queen St. The Karangahape Road Fountain by Greer Twiss was a step towards the democratisation of art by representing people simply waiting for a bus.

Even more ground-breaking was Marte Szirmay’s 1968 Smirnoff Sculpture, set in the hub of Newmarket. Possibly New Zealand’s first major abstract public sculpture, people would have hated it in any other part of the country, but Aucklanders readily identified with the way that it expressed something of the dynamism and energy of their city. That commission was an act of courage, given that Szirmay was only a year or so out of art school.

But courage is often the key factor in achieving great public art. Compare that with the fate of the wonderful, wooden play sculpture set in Hastings’ East Heretaunga mall in the 1980s. It was fun to look at and children loved it, but the council of that time deemed it commercially unhelpful and they got rid of it.

It took the devastation of the Christchurch earthquake to really advance the cause of art in public areas. Innovative thinking was needed to lift public morale and in desperation the authorities turned to the art community. 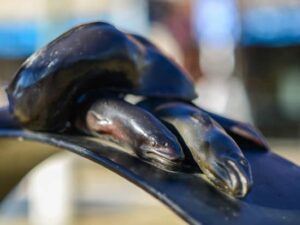 Pop-up galleries, murals and installations appeared everywhere. Even the protective hurricane wire around the ruined cathedral became a colourful installation. Amazingly, it worked! Christchurch looked and felt vibrant and optimistic, rather than like a town on its knees. My dream of public art had at last been realised.

Much of the art in Christchurch is temporary, which raises the question – should public art be permanent or transitory? Well, it can be either.

The Hastings District Council’s decision to have artists decorate the fencing around the opera house to celebrate its history was a brilliant way to make the best out of a difficult situation. By contrast, the delightful bronze Flapper in Napier’s Emerson Street is a very permanent reminder of that city’s art deco rebirth.

Art works can speak of the character of a locality. The quiet elegance of the late William Jamieson’s two Clive Gateways subtly evoke the river crossing that was integral to the origin of Clive.

Paul Dibble’s The Garden in Havelock North joyously celebrates the fecundity which is the essence of the local economy. The apple maybe implying the knowledge and intellect that has developed that economy.

Not so good, perhaps, are attempts to create phoney history, like the Viking standing outside Dannevirke. I can’t imagine anything less appropriate to the memory of the honest, hardworking souls who founded that town.

The Dibble provoked debate about the siting of sculptures. Some felt that sculpture should only be in open spaces like the Alan Gibbs sculpture park. I disagree. Art isn’t something that should be divorced from everyday life. Even Michelangelo’s David was originally set overlooking the bustling markets of the commercial centre of Florence outside the Palazzo Vecchio.

The quiet charm of the old village that we loved for so long has well and truly gone, but there is a new vibrancy in the heart of Havelock North that is quite exciting. I can’t really afford a Bing Dawe sculpture or a Paul Dibble myself, but I get a lift every time I walk around the art in the village centre. It is a voyage of discovery each time and the Paul Dibble looks just right where it is. 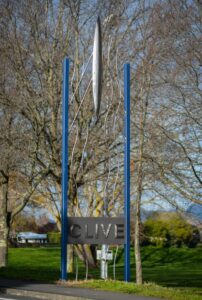 Should public art be light-hearted or serious? Jacob Scott’s Kaitiaki is a serious work that complements the dignity and purpose of the Hastings Courthouse, but children especially also love the sheep in the Hastings West Heretaunga Street mall and they have clambered over the Cornwall Park lions since I was little.

The Dibble sculpture also stirred a debate about the process of selecting public art. I recall discussing this question with William Jamieson. We agreed that it is arrogant to ignore public opinion, but he pointed out that sometimes it takes time for people to tune into the best work.

When Antony Gormley’s Angel of the North was first installed near Gateshead, England in 1998, people hated it. Since then it has become a local icon attracting thousands of visitors each year. Its stern, uncompromising aspect seems to have struck a chord with the hardy people of Northumberland.

Sometimes it is necessary to simply take the best advice that you can, get the best person you can to do the job and then trust them. Anything less is a recipe for mediocrity.

So, do we need public art? Well, I can’t answer for others, but when I see a town with good public art I think this is a town that acknowledges the intelligence and sensibilities of its people and shows belief in its own vitality and identity.

Roy Dunningham is an art educator, curator, collector and critic based in Havelock North.