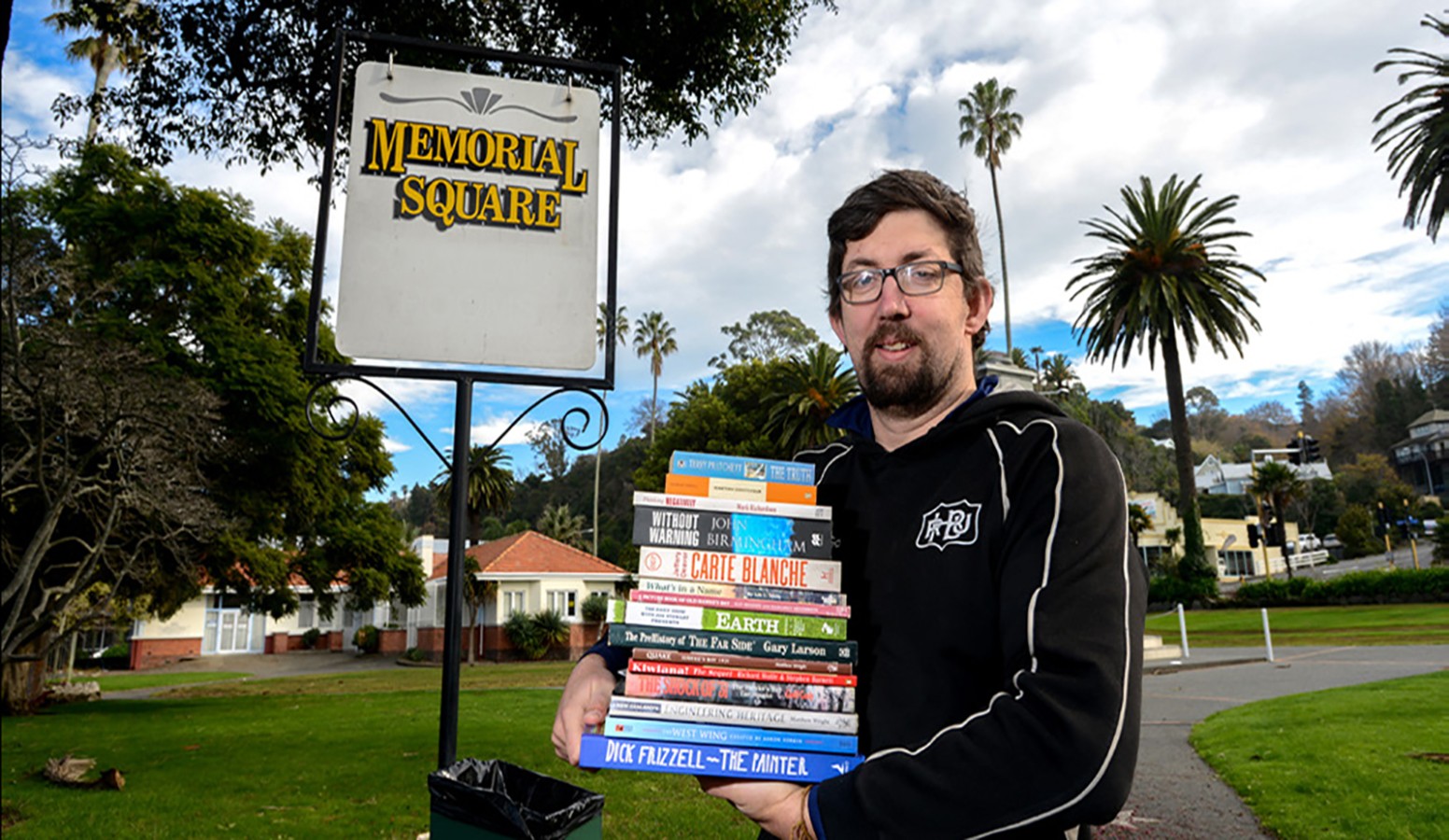 Book to the Future

In 2017, after the Christchurch and Kaikōura earthquakes re-wrote the books on structural earthquake strength, Napier City Council had their main offices and neighbouring Napier Public Library re-assessed, despite them having received high safety ratings only a few years earlier.

The results were not good.

The council headquarters rated at 10% of New Building Standard (NBS), and the library rating was 15% NBS, meaning both buildings were now classed as ‘earthquake-prone’.

The council decided to evacuate both buildings in order to meet its legal obligations and to provide a safe environment for its customers and staff.

With the building unsafe and its immediate future uncertain, the council decided to temporarily move the library into the original wing of Napier’s MTG – Museum, Theatre and Gallery.

I must say that this temporary library fits very well in the greater complex.

The connection with arts, learning and taonga runs throughout the venue. Hushed tones and a sense of reverence were present and observed both before and after the relocation.

While it can only hold 43% of the original library stock (the remainder has been distributed between Taradale Library and storage at Napier’s Memorial Square), it still feels like it ‘fits’ – there are certainly more ‘works of art’ on display now than in the space’s previous life.

The library’s move has also had some financial flow-on effects for Napier ratepayers.

It saw the entry fee for MTG, which had been a bone of contention, with many claiming the entry price was excessive, abolished – giving free access to both museum and library (those with mobility issues must transit the museum to get to the library).

It also meant more of the museum’s already limited storage capacity and display space was lost in order to host the library, with considerable ongoing costs for off-site storage.

Planning inside the square

The bigger issue appears to be whether the council can re-home its offices and the library back into the same building.

One such concept, featured in Hawke’s Bay Today, placed the library in, around, or incorporating Napier’s Clive and Memorial Squares, but there is strong opposition to such a move.

The ‘Mothers’ Rest’ building, sometimes called the ‘Women’s Rest’, is a World War One memorial built in the 1920s to house bathroom/changing facilities and community meeting rooms in Memorial Square adjacent to the Cenotaph.

Having been closed for a number of years due to its own earthquake strength issues, there were public fears it could face demolition if a new library was located in or around the same square. Heritage New Zealand Pouhere Taonga even wrote to NCC in 2017 to indicate their opposition to any future plans to demolish or drastically alter the Women’s Rest.

Late last year the Women’s Rest was reassessed for earthquake strength and is no longer considered earthquake prone. As mentioned above, the library in its current smaller form is using the building for book storage.

But if NCC can’t fit both their administration centre and library back into the same building and a new library is unavoidably necessary, perhaps a solution could be found nearby.

Napier’s two Countdown supermarkets across the road from each other have long been a source of confusion and mirth. Their duel existence is purely commercial. If owners Progressive Enterprises closed one, their competitors Foodstuffs, who own the neighbouring Pak n Save supermarket, would swoop in and likely put a New World on the site, reversing the current 2-1 majority.

But what if Progressive could be convinced to sell the Station Street Countdown site to Napier City Council? The extensive site borders Clive Square on one side and tree-lined Munroe Street, opposite St Patrick’s Church, on the other – very calming and reflective. There is ample, much needed public car parking on site that the council could meter or lease for income and Progressive wouldn’t have to worry about the encroachment of competition.

Book to the future

Throughout all this, libraries are evolving in how they operate and serve the public.

Technology has seen huge changes in how we spend our time. Finding specific information used to take hours, pouring through reference books and encyclopaedias. It can now be acquired almost instantly with just a click or two on Wikipedia or Google.

Libraries of the future will likely be smaller than their contemporaries – not needing as many books … if any, say some!

That said, tablets and e-readers were predicted to be the end of books as we know them, but they haven’t been. While lots more people read via electronic devices these days, the good old analogue book is still very popular and preferred by many … just like this printed magazine!

And while you will see far more technology, computers and screens in modern libraries, there has been a push-back towards the traditional library format in many cases.

At Auckland University, students are fighting plans to condense specialised architecture and planning, fine arts and music and dance libraries into the university’s central library – fearing the effect that losing easy access to vast numbers of specialised texts will have on their depth and range of learning.

The evolution of libraries is a bit of an open book, and the next chapter on the Napier Public Library is yet to be written … in more ways than one!